As the United States prepares to leave, thousands of killings remain unprobed, and Washington refuses to talk about them.

Ordinary Afghans say it has happened to them many times and never—not once—has it made news anywhere outside Afghanistan. Last November, an American Reaper drone targeted a group of villagers in the mountainous area of Afghanistan’s southeastern province of Paktia and killed seven of them. Paktia has long been home to Taliban militants, but local residents say all the victims were civilians, including three women and one child. They had gone to the remote area to graze their cattle and collect wood. Suddenly, they were dead.

“Nobody wants to listen to us. I doubt that the murderers will face justice one day. God is our only hope,” said Mohammad Anwar, a resident of Zazai Aryub, a district in Paktia. The perpetrators he is talking about are sitting far away in one of the many U.S. military bases where drone operators are working from.

Ordinary Afghans say it has happened to them many times and never—not once—has it made news anywhere outside Afghanistan. Last November, an American Reaper drone targeted a group of villagers in the mountainous area of Afghanistan’s southeastern province of Paktia and killed seven of them. Paktia has long been home to Taliban militants, but local residents say all the victims were civilians, including three women and one child. They had gone to the remote area to graze their cattle and collect wood. Suddenly, they were dead.

“Nobody wants to listen to us. I doubt that the murderers will face justice one day. God is our only hope,” said Mohammad Anwar, a resident of Zazai Aryub, a district in Paktia. The perpetrators he is talking about are sitting far away in one of the many U.S. military bases where drone operators are working from.

According to Anwar, who is related to the victims, some families lost their male breadwinners, as often happens after such attacks. “They are desperate. Their future is very uncertain,” he told Foreign Policy in a phone conversation.

And now it is more uncertain than ever, even after 18 and a half years of war. The newly signed U.S.-Taliban truce contains secret annexes that reportedly will give the Taliban information allowing the Islamist insurgent group to prevent attacks during the U.S. withdrawal. But the Afghan national government and its officials have been cut out of the deal—though it calls for peace talks between various Afghan factions—and even more so, ordinary Afghans, who have no recourse to justice and don’t know whether the drone strikes will let up.

“We are like ants for them,” said Islam Khan, a resident of Paktia. “The murderers need to face a trial. If it’s not happening, it just reveals that the Western world does not care about the Afghans they are murdering.”

According to Lisa Ling, a former drone technician with the U.S. military in Afghanistan, civilian casualties caused by drone strikes must be investigated and regarded as war crimes. “I think that every strike where community leaders speak out and tell us that we are killing their civilians should be thoroughly investigated by the ICC [International Criminal Court] and the international community should listen,” she told Foreign Policy via Signal. Ling, who has become a whistleblower and staunch critic of drone attacks, believes that “this kind of warfare is wrong on so many levels” and that the United States cannot “fight terror with terror.”

Neither the U.S. military nor the CIA responded to a request for comment for this story. But both typically portray drone attacks as “precision strikes” that kill “alleged militants” or “suspected terrorists,” and actual on-the-ground investigations rarely take place afterward. According to a recent analysis of 228 official U.S. military investigations conducted in Afghanistan, Iraq, and Syria between 2002 and 2015, most investigations of alleged civilian casualty incidents didn’t include even one visit. The military conducted site inspections in only 16 percent of the casualty investigations reviewed for the study by researchers from the Center for Civilians in Conflict and the Columbia Law School Human Rights Institute. 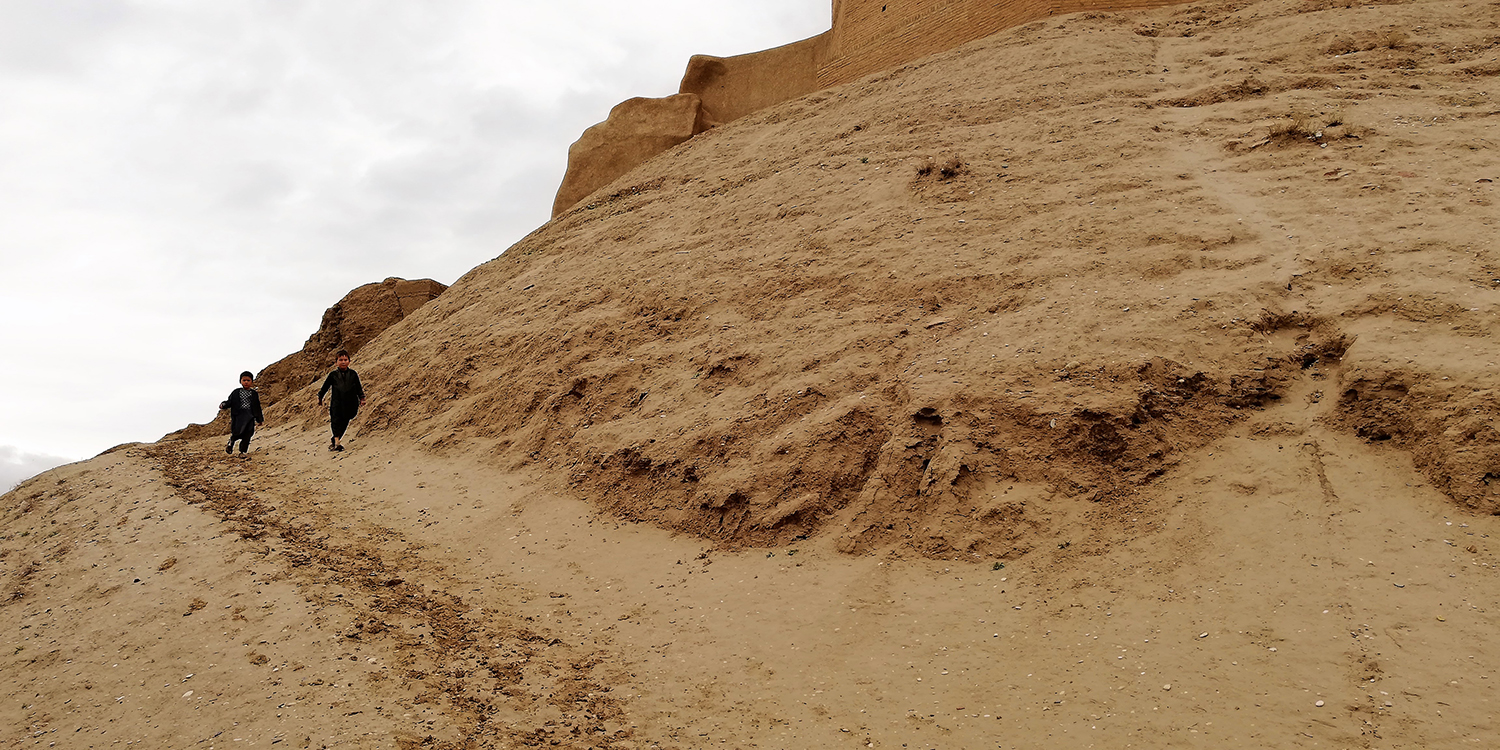 Children in Balkh province, northern Afghanistan, in April 2019. Airstrikes there have increased during recent months.Emran Feroz for Foreign Policy

The same was true of the strike in Paktia. Not a single U.S. investigator is believed to have visited the site of the killings afterward. On its Dari Twitter page, U.S. Central Command reported that an action had allegedly killed Taliban members from Faryab province in the same timespan, but it did not mention any drone strikes nor civilian casualties.

Despite the U.S.-Taliban truce, residents of Zazai Aryub are still afraid, saying that they have been haunted by American drone strikes for years and that their fate is often ignored by both the U.S. military and the Afghan government in Kabul. “They keep saying that they are killing terrorists. But that’s not true. Farmers, shepherds, and women are not terrorists. One of the victims, Naqib Jan, was a 2-year-old child,” said Khan, who works as a teacher in a local village. During the last months and years, several relatives and members of his family were killed by drone strikes. He claims that his fellow tribesmen are terrified and depressed, suffering from trauma, and that many children fear to play outside.

“We tried to raise our voice, and we even confronted President Ashraf Ghani with this issue, but he does not care,” Khan said.

While in the past, former Afghan President Hamid Karzai took a critical stance toward U.S. airstrikes and criticized them in public, Ghani’s administration, which is heavily dependent on the United States for aid and support at a time when the Taliban are winning in many parts of the country, has preferred to largely conform to Washington’s “global war on terrorism” narrative, mostly ignoring civilian casualties. In some cases, Ghani’s officials have even rejected the findings of independent observers and human rights organizations that offered proof of civilian harm. U.S. military officials have sometimes claimed that their Afghan army allies ordered the strikes.

In early March, senior judges at the ICC authorized an investigation into alleged war crimes and crimes against humanity in Afghanistan. By doing so, they overturned an earlier rejection of the inquiry. Mainly, the ICC investigation will look at actions by U.S, Afghan, and Taliban troops. But immediately after the ICC’s announcement, U.S. Secretary of State Mike Pompeo attacked the ruling, describing it as “reckless,” and said the United States would outline measures in the coming weeks to prevent its citizens being brought before the court. “This is a truly breathtaking action by an unaccountable political institution masquerading as a legal body,” Pompeo told a news conference.

In terms of possible U.S. war crimes, the ICC is focusing on alleged CIA torture and some cases of forced disappearances and extrajudicial killings. However, according to various reports, drone strikes, such as the one that wiped out Khan’s family members, will not be included in the inquiry. “These strikes could be seen as violations of international humanitarian law. But that does not make it a war crime, which has to be intentional or sufficiently reckless. But determining recklessness requires a legal analysis in each case of the evidence,” Patricia Gossman, an associate Asia director for Human Rights Watch, told Foreign Policy via email.

Nor has the United States done an effective job of investigating any of these strikes, rights officials say, especially since the International Security Assistance Force was disbanded in 2014 and the U.S. military was in control once again. 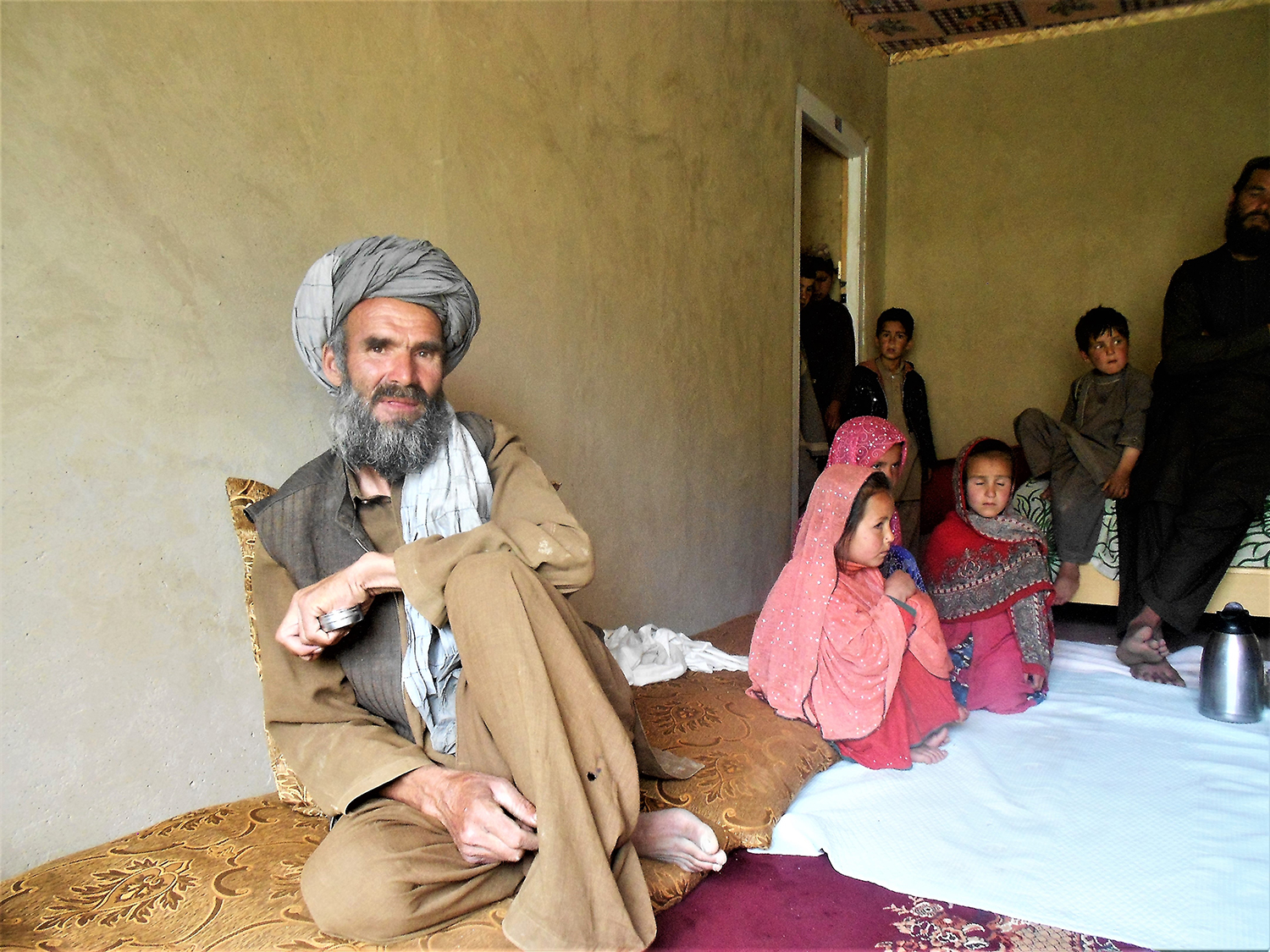 Mohammad Kabir, pictured in May 2017, lives in a village in Maidan Wardak province, which is regularly targeted by airstrikes and night raids. His brother was killed by a drone strike. “Everyone here fears the drones, especially the children. They can’t sleep at night,“ he said. Emran Feroz for Foreign Policy

Family members of the victims in Paktia believe that there is no doubt about the nature of those human rights violations. “We don’t believe that it was a mistake. It happened too often. We want the culprits to face prosecution and trial,” Khan said. Other Afghans share his opinion. “It’s a war crime, and it needs to be prosecuted properly. We are not interested in quibbling words and phrases. We want justice. This is just one case out of thousands that took place since the end of 2001,” said Abdul Malik Zazai, the head of Paktia’s provincial council, in a phone conversation.

Afghanistan is the most drone-bombed country in the world. The United States dropped more bombs on Afghanistan in 2019 than in any other years since the Defense Department began keeping track in 2006. According to new figures released by the U.S. military, at least 7,423 bombs and other munitions were dropped on the country in 2019, a nearly eightfold increase from 2015 and an average of 20 bombs a day.

In its numbers, the U.S. military does not differentiate between strikes conducted by drones or those conducted by conventional aircraft. At the end of 2001, the age of drone warfare began in Afghanistan, where the very first lethal strike of an unmanned aircraft took place.

According to the London-based Bureau of Investigative Journalism, which is observing U.S. drone warfare around the world, at least 6,825 drone strikes took place in 2019 in Afghanistan. The total number of victims remains unknown since most of these attacks are taking place in remote areas like in Zazai Aryub.

“The Americans are benefiting from the nature of this war and from the status quo of the international community. They believe that they are above the law,” said Karim Popal, an Afghan German lawyer who is representing the victims of a 2009 NATO airstrike that was ordered by a German colonel in Kunduz province. Back then, dozens of civilians were killed. A German court rejected considering the massacre as a war crime and paying compensation to the victims’ families. A few years later, the responsible colonel was promoted by the army.

Recently, however, a hearing took place in front of the European Court of Human Rights in Strasbourg, France, with no outcome as yet.

“This is a big success, but at the same time, it’s very clear that many Western countries, including Germany and the United States, are not interested in addressing the crimes their troops committed,” Popal said by phone. “Imagine being the Afghan father or mother who heard that the one who killed their children did not face any trial but was promoted. It’s a shame.”

Afghans Wonder: Is the Peace Deal Just for Americans?

The Taliban are happily talking with Trump and standing down against U.S. troops, but they say they are "still at war" with Afghan national security forces.

Why China Is Cracking Down on Private Tutoring

Why China Is Cracking Down on Private Tutoring