Communalism is dividing India right when it needs unity.

Welcome to Foreign Policy’s weekly South Asia Brief. The highlights this week: Coronavirus cases rise sharply across South Asia, intra-Afghan talks are delayed, and India lifts some restrictions on the export of an anti-malaria drug seen as a possible COVID-19 treatment.

Welcome to Foreign Policy’s weekly South Asia Brief. The highlights this week: Coronavirus cases rise sharply across South Asia, intra-Afghan talks are delayed, and India lifts some restrictions on the export of an anti-malaria drug seen as a possible COVID-19 treatment.

“We were just winning when they did everything to defeat us,” said Arnab Goswami, a fiery Indian television anchor and the majority owner of the pro-government channel Republic, on a primetime broadcast last week. Goswami’s “we” could refer to India and its fight against the coronavirus pandemic. “They” was Tablighi Jamaat, the Islamic missionary movement whose large gathering in New Delhi in early March has been identified as a key source of coronavirus spread in India.

But for regular watchers of Goswami’s divisive program, the “we” and “they” could be interpreted as a way to divide the 1.1 billion Hindus and 200 million Muslims in the world’s largest democracy. The dog whistle seems to have had some success. Tweets with the hashtag #CoronaJihad appeared 300,000 times on Twitter, Time reports. Several politicians affiliated with the ruling Bharatiya Janata Party called the Tablighi Jamaat gathering “corona terrorism”—an open display of Islamophobia.

Meanwhile, fake news has fanned the sectarian flames: As BuzzFeed reports, one video showing a group of Muslim men breathing hard and another of a Muslim man spitting on a police officer—both seeming to indicate an intent to spread the coronavirus—went viral on social media. The videos were later shown to be months old and unrelated to the pandemic, but the damage was already done.

Tablighi Jamaat deserves some criticism. The group held its annual meeting in New Delhi’s crowded Nizamuddin West neighborhood on March 8-10, with thousands of attendees from around the region. It is suspected that some were part of a similar gathering a month earlier in Kuala Lumpur—an event that turned out to be the source of hundreds of COVID-19 cases across Southeast Asia. And Nizamuddin West, home to a famous and crowded Islamic shrine, was particularly susceptible to the rapid spread of infection. The local authorities could have taken more precautions or postponed the annual gathering of pilgrims.

But criticisms aside, Muslims were hardly the only ones gathering in India at the time—yet they have borne a disproportionate amount of nationwide vitriol. As the journalist Rana Ayyub has reported, the communal hatred is already incurring a cost: Last week, a newborn child died after a hospital refused to admit its Muslim family.

Worse may be in store. Nisid Hajari, the author of Midnight’s Furies: The Deadly Legacy of India’s Partition, described in Bloomberg last week how the 1947 partition of India saw 14 million people cross the new border. More than 1 million people died during those journeys, mostly in interreligious violence.

With 45 million displaced migrant workers and hundreds of millions of people living in tightly packed neighborhoods across the country, India now resembles a tinder box. The summer heat will kick in, and familiar divides will widen between the haves and have-nots: refrigerators, air conditioners, food, internet, and space. Adding religious tensions will only make a bad situation worse.

Cases on the rise. As shown below, coronavirus cases continue to rise sharply across South Asia, with the region’s total nearing 10,000. India has now overtaken Pakistan as the country with the highest number of reported cases and deaths. But testing remains slow, and the real numbers could easily be much higher.

Disappearing remittances? Millions of South Asians work abroad and send money back home. The flow of those funds could slow drastically as work dries up amid shutdowns around the world. As shown below, the region’s economies would lose a lot of money: Nepal derives more than a quarter of its GDP from remittances.

Intra-Afghan talks delayed by prisoner exchange. The Taliban have called off negotiations with the Afghan government after a delay in a proposed prisoner release. Suhail Shaheen, a Taliban spokesman based in Qatar, tweeted on Tuesday that the deal “has been delayed under one pretext or another” and that his side “will not participate in fruitless meetings.” An Afghan government spokesperson responded by saying it would continue to work on a deal. Failure to move forward with talks could lead to more violence in the country, delaying the planned withdrawal of U.S. troops this year.

Daniel Pearl murder suspects detained. In Pakistan, four men who were recently acquitted by a court for the 2002 murder of the Wall Street Journal reporter Daniel Pearl have been rearrested by authorities. According to Reuters, which saw a copy of the order issued by the Sindh provincial government, there were concerns that the four men would act “against the interest of the country” if released. Pearl, who was reporting in Karachi after 9/11, was kidnapped and beheaded in 2002. Pakistan’s move to rearrest the four men came after Alice Wells, the top U.S. diplomat for South Asia, tweeted that the Sindh court’s acquittal was “an affront to victims of terrorism everywhere.”

A high-profile arrest in Bangladesh. Abdul Majed, a former Bangladeshi military captain who has publicly admitted his role in the 1975 assassination of the independence leader and former prime minister Sheikh Mujibur Rahman, was arrested in Dhaka on Tuesday. Majed was said to be hiding for many decades, possibly in India. It is unclear when he returned to Bangladesh. The country’s home minister, Asaduzzaman Khan, described the arrest as “the biggest gift.” Sheikh Mujib is the father of the current prime minister, Sheikh Hasina Wazed.

If history has taught us one thing, it’s that when we’re focused on one crisis, the next is just around the corner. On Friday, Foreign Policy is launching While You Weren’t Looking, a weekly newsletter on the world beyond the coronavirus pandemic by staff writer Amy Mackinnon. Sign up here, and check out the preview edition.

Following our chart about remittances, I wanted to examine South Asia’s economies from a different angle. The export of goods and services accounts for just 5.9 percent of Afghanistan’s GDP. Which of the region’s countries relies on exports the most?

A) The Maldives
B) Bhutan
C) Sri Lanka
D) India

Anti-malaria drug controversy. Pressure from U.S. President Donald Trump has led to India reversing its ban on exporting hydroxychloroquine, an anti-malaria drug that has been touted as a possible coronavirus treatment. India is the world’s largest producer of the drug and placed restrictions on its exports last month to preserve supply.

Garment industry downturn. Bangladesh is set to lose $6 billion in revenue from garment exports this year, according to two major industry bodies cited by Reuters. The losses represent one-sixth of the country’s annual garment exports and could keep mounting as Western retailers such as Gap, Zara, and Primark cancel orders. Bangladesh is the world’s second-largest apparel producer after China and has more than 4,000 factories and about 4 million garment workers.

The effects of India’s lockdown. In an FP conference call last Friday, the former Indian central bank chief Raghuram Rajan criticized the way that New Delhi suddenly announced a nationwide lockdown on March 24, leaving as many as 45 million migrant workers stranded. “We did not do a good job of informing those migrants about how they would be taken care of,” he said, adding that the subsequent rush to return to villages could potentially spread the coronavirus in rural India. 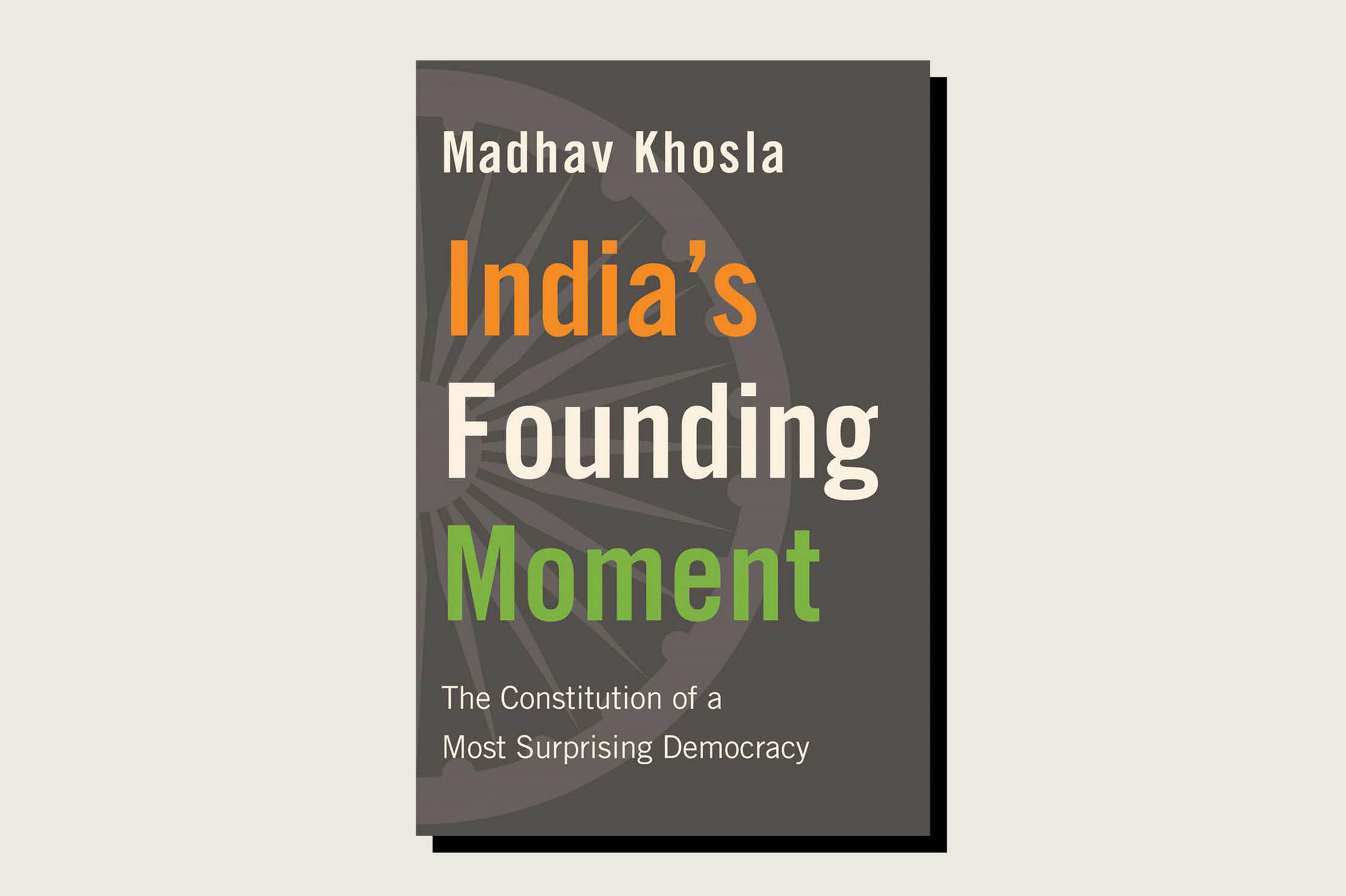 How do you codify democracy for a country that has never experienced it? That is the question the legal scholar Madhav Khosla explores in his new book, India’s Founding Moment: The Constitution of a Most Surprising Democracy. Sonia Faleiro reviews the book in the Spring 2020 print issue of Foreign Policy. As she recounts, the lawyer who oversaw the creation of the constitution, Bhimrao Ramji Ambedkar, had this to say at its 1948 unveiling: “If things go wrong under the new constitution … the reason will not be that we had a bad constitution. What we will have to say is, that Man was vile.”

According to the World Bank, exports of goods and services—which include the value of merchandise, transport, travel, and other services—account for 69 percent of the island nation’s GDP. Bhutan is a distant second at 31 percent, followed by Sri Lanka, India, Bangladesh, Nepal, and Pakistan.

NEW FOR SUBSCRIBERS: Want to read more on this topic or region? Click + to receive email alerts when new stories are published on Politics, Health, India, South Asia