As India, Pakistan, and Bangladesh extend their nationwide coronavirus shutdowns, policymakers examine whether one-size-fits-all measures make sense for the months ahead.

Amid the coronavirus pandemic, economists are scrambling to revise estimates for how countries will perform in the coming months and years. On Tuesday, the International Monetary Fund said it expected the global economy to shrink by 3 percent in 2020, marking the biggest downturn since the Great Depression and a downgrade of 6.3 percentage points from the IMF’s last global forecast in January.

In its new report, the group had especially grim forecasts for advanced economies: The United States, the eurozone, and Japan are expected to contract by 5.9 percent, 7.5 percent, and 5.2 percent respectively this year, while China and India are expected to grow by 1.2 percent and 1.9 percent. The projections are precarious given that most countries remain under indefinite lockdown. “This is a crisis like no other, which means there is substantial uncertainty about the impact it will have on people’s lives and livelihoods,” Gita Gopinath, the IMF’s chief economist, said on Tuesday.

Growth expectations. The World Bank released a report looking more closely at South Asia’s economies on Sunday. As shown below, the Maldives will face the biggest impact from the pandemic, because tourism accounts for two-thirds of its GDP. Afghanistan, Pakistan, and Sri Lanka are also expected to fall into deep recession. India’s growth in the fiscal year that just began (shown in the 2021 column) is expected to range between 1.5 percent and 2.8 percent.

To lock down or not? In a televised address to the nation on Tuesday, Indian Prime Minister Narendra Modi extended the country’s lockdown until at least May 3. “From an economic only point of view, it undoubtedly looks costly right now. But measured against the lives of Indian citizens, there is no comparison,” he said. India’s neighbors have made similarly tough decisions. Pakistani Prime Minister Imran Khan also announced a two-week extension of his country’s shutdown but said that some industries such as construction would reopen soon.

As the rapidly rising cases across the region show, the worst still appears to be ahead for South Asia—especially with secondary waves of infection highly likely. Across the region, tens of millions of migrant workers and daily wage laborers are struggling to put food on the table, and social distancing remains a luxury for hundreds of millions in the lower middle classes.

How long can things continue as they are? I’ve been thinking about the research by Yale University’s Ahmed Mushfiq Mobarak and Zachary Barnett-Howell that found significant differences in the value of social distancing across countries. In FP, the two write that “flattening the epidemiological curve of the coronavirus to buy time until a vaccine can be developed may prove counterproductive for poorer countries if it increases …other causes of mortality,” such as hunger, malnutrition, and other health problems. They suggest alternative policies for developing nations such as universal mask-wearing, improved access to clean water and sanitation, restrictions on religious gatherings, and information campaigns.

Each country will ultimately make its own decision. Even within countries, states may need to tailor policies to their unique demographics. There are no clear options: A blanket lockdown in South Asian economies risks transferring the epidemic risk from the rich to the poor. Reversing lockdowns too quickly, however, would overwhelm health care systems in an unimaginable way.

Nepal’s migrant workers. Nepal has a population of just 28 million, but 4 million citizens live outside the country. What happens if they want to return home during the pandemic? As the Nepali Times reports, the country would struggle to repatriate so many workers, let alone provide quarantine facilities once they arrive. That inability could jeopardize relations with countries such as the United Arab Emirates, which is home to an estimated 275,000 Nepali migrant workers and is pushing countries to bring their citizens home.

U.S.-Taliban discussions in Doha. A high-level U.S. delegation met with the co-founder of the Taliban on Monday in Doha, Qatar, according to tweets from a Doha-based Taliban spokesman. U.S. Special Representative Zalmay Khalilzad and U.S. Army Gen. Scott Miller spoke with Mullah Abdul Ghani Baradar on the potential release of Taliban prisoners—an issue that the two sides and Afghan President Ashraf Ghani disagree on in terms of both timing and scale.

India-Pakistan crossfire. Over the weekend, Indian and Pakistani troops exchanged fire across the Line of Control that divides the disputed Kashmir region. The crossfire killed three civilians on India’s side of the border, while Pakistan counted one dead and four wounded. On Monday, Islamabad summoned an Indian ministry official to lodge an official protest over, by its count, 749 cease-fire violations by India this year. Indian authorities say that Pakistani troops initiated the cease-fire violation targeting a civilian population.

Press freedom under threat. The Indian journalist Siddharth Varadarajan, the founding editor the news website the Wire, has been served notice to appear before the Uttar Pradesh police for publishing a story that showed the state’s chief minister, Yogi Adityanath, attended a religious gathering in violation of the national lockdown. The article misattributed a quote to Adityanath, which was later corrected. The charges against Varadarajan follow a growing pattern of intimidation of the media in India.

Sri Lanka’s death protocols. Colombo has made cremations compulsory for coronavirus victims, going a step further then recommendations from the World Health Organization that state people who died of COVID-19 can be buried or cremated. The decision has angered Sri Lanka’s Muslims, who make up 10 percent of the country’s population of 21 million, as Islam forbids cremation.

Bhutan’s Queen Jetsun Pema gave birth to a baby boy on March 19. That brings us to our question this week: What is the population of the Himalayan kingdom? 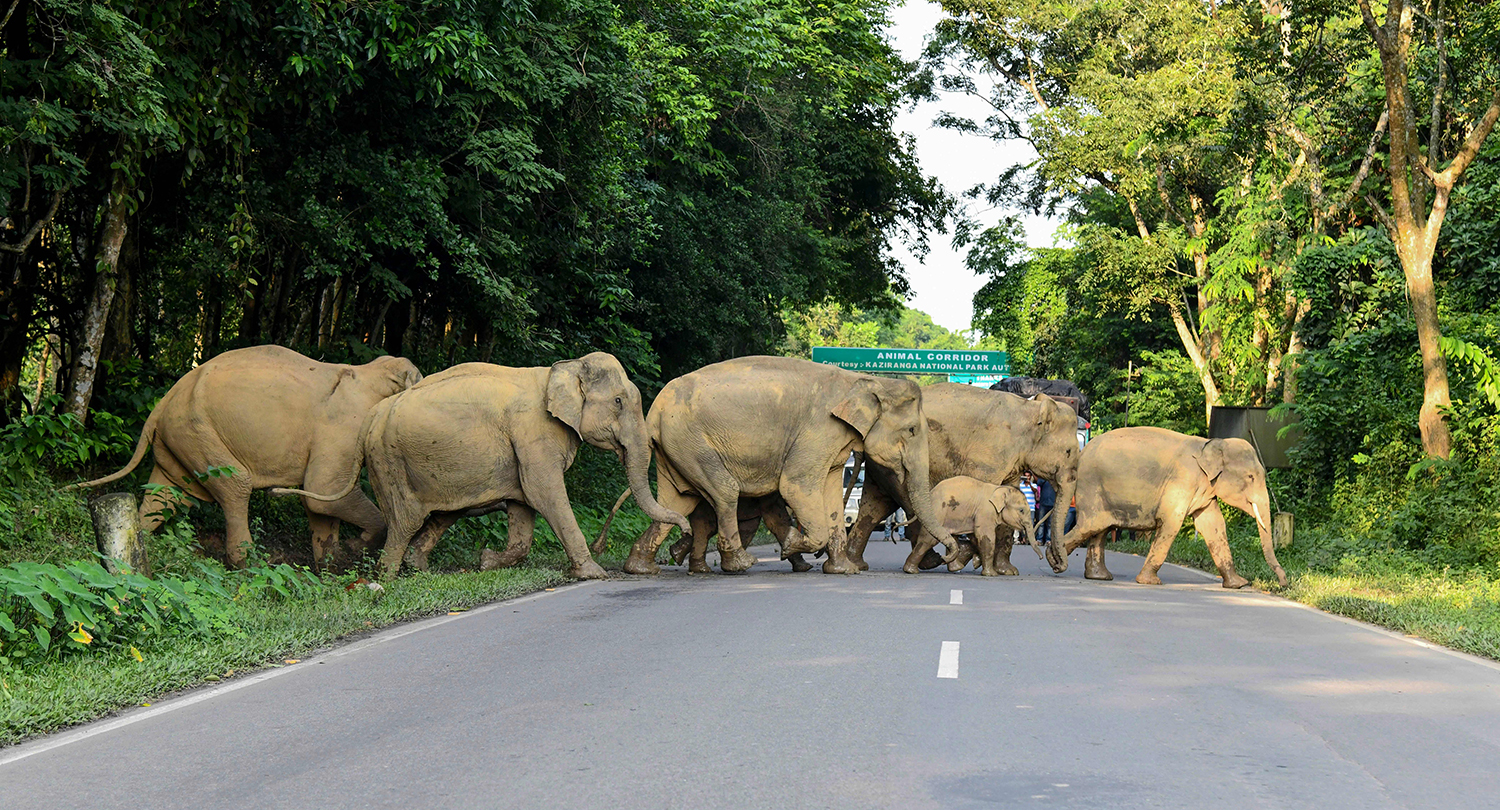 A herd of wild elephants crosses National Highway 37 after a flood in Kaziranga National Park in Assam, India, on July 17, 2019.

A herd of wild elephants crosses National Highway 37 after a flood in Kaziranga National Park in Assam, India, on July 17, 2019.BIJU BORO/AFP via Getty Images

Elephants roam free. Near and around India’s Corbett National Park, the Hindustan Times reports that elephants are changing their behavior because of the nationwide lockdown, with less conflict between human and pachyderm. “Earlier while an elephant would cross through a corridor, there would be heavy traffic with some people trying to come close to the animal, which would irritate it and eventually lead to conflict,” said one expert quoted in the article. The park has some 1,400 elephants.

South Asia has closer ties with Beijing, but the risk of escalation presents a challenge, especially for New Delhi.