A Coronavirus Mystery: Why Are There So Few Cases in South Asia?

India, Pakistan, and Bangladesh are home to nearly a quarter of the world’s population but account for only 2 percent of confirmed cases of COVID-19.

Welcome to Foreign Policy’s weekly South Asia Brief. Today, we attempt to explain why there are so few coronavirus cases across the region. Plus: Another deadly attack rocks Afghanistan, a constitutional crisis brews in Sri Lanka, and the death of two Bollywood legends.

Why Aren’t There More Coronavirus Cases in South Asia?

Welcome to Foreign Policy’s weekly South Asia Brief. Today, we attempt to explain why there are so few coronavirus cases across the region. Plus: Another deadly attack rocks Afghanistan, a constitutional crisis brews in Sri Lanka, and the death of two Bollywood legends.

Why Aren’t There More Coronavirus Cases in South Asia?

Let’s face it: Everyone expected worse. More than three months after the first recorded case of the coronavirus in South Asia, the region has only around 60,000 confirmed infections. By comparison, the United States has more than 1 million, while Spain and Italy both have confirmed more than 200,000. Put another way, South Asia’s countries account for one-quarter of the world’s population but only 2 percent of its coronavirus infections. Why?

Parsing the numbers. South Asia’s relatively low case numbers are a bit of a puzzle, especially given high population density and poor health care systems across the region. An immediate reaction is to call into question its testing capacity. India has so far conducted only 830,201 tests, or 614 for every 1 million people—among the lowest rates of testing in the world. But if India’s low rate of testing were hiding a massive outbreak, it would show up in other ways. Only 4 percent of India’s coronavirus tests have returned positive, compared with around 17 percent in the United States, implying that the virus is less widespread in India.

Another indicator of a larger outbreak would be the number of deaths. But here the data also shows South Asia in a favorable light. While the United States has recorded more than 60,000 deaths from COVID-19, India counts only 1,079 so far. Those numbers are likely higher—only one-fifth of deaths in India tend to be medically certified—but it is not as if there has been a massive surge in hospital admissions.

Using India’s data as a proxy for the region, the likely takeaway would be that South Asian countries have either succeeded in flattening their curves for now or that they are still in the early stages of their outbreaks. If it’s the latter, then the current state of lockdown ensures the coronavirus won’t spread too rapidly.

Successful approach? Has South Asia succeeded where Western countries have failed? Countries such as India and Bangladesh have imposed stricter lockdowns than the West—and earlier in their respective outbreaks. In that sense, South Asian economies should be commended for moving quickly in response to the shutdowns in other countries. With the exception of Pakistan, which for a while allowed flights to China, most of the region’s countries imposed strict restrictions on international and domestic travel.

Even that doesn’t completely explain the low number of cases. After all, even after closing the borders, the number of cases rose internally. And many South Asian countries made vital errors. India announced its nationwide lockdown with no prior notice, leaving millions of migrant workers displaced and vulnerable. Across the region, gatherings of religious groups took place in early March, leading to coronavirus clusters.

To their credit, authorities seem to have had some success in contact tracing and imposing quarantines. One theory goes that the region’s youthful demographics give it an advantage. India, for example, has a median age of 28, compared with 38 in the United States. (The median ages in Afghanistan, Bangladesh, and Pakistan are 18, 26, and 24, respectively.) But even here, if there are many asymptomatic cases among young people, then those may eventually show up in infections among elderly populations—and that has yet to be recorded.

Other theories are more tenuous. For example, the World Health Organization says there is no evidence that the Bacillus Calmette-Guérin vaccine—widely deployed in South Asia to fight tuberculosis—provides protection from the coronavirus. Nor is there proof that warmer weather slows the spread of the coronavirus.

Summer strategy. There is no real end to the pandemic unless the world can develop a vaccine. That means it’s too soon to declare any country’s approach a success. And there lies the real problem for South Asia. Countries are already easing some of their early restrictions. India’s government has allowed the opening of neighborhood shops, as well as some work in construction, agriculture, and manufacturing. Pakistan has allowed mosques to open for Ramadan prayers. Bangladesh is reopening some of its garment factories, a vital part of its economy. These reversals could lead to spikes in rates of infections.

Lawmakers will have to weigh the dangers of further outbreaks against a growing restlessness among their populations. In Surat, India, a crowd of migrant workers turned violent, throwing stones at glass windows at a construction site and damaging vehicles. They want to work or go home to their villages, and something has to give. But there are no perfect choices.

Sri Lanka’s constitutional crisis. Sri Lanka’s opposition says state spending will become illegal beginning on Friday unless the government urgently recalls Parliament. President Gotabaya Rajapaksa used his constitutional powers to dissolve Parliament last month in a bid to call for elections six months ahead of schedule. Before he did so, legislators voted to allow spending by the state until April 30. Given the national lockdown, however, it is now unclear when Sri Lanka will be able to conduct a viable national vote.

Suicide bombing in Afghanistan. Despite the ongoing U.S.-led peace talks and the start of the holy month of Ramadan, a suicide bombing near Kabul on Wednesday killed three people and wounded at least a dozen others. No one has claimed responsibility for the attack. The bombing took place the day after a Taliban attack on checkpoints in Semangan province that killed nine Afghan security officials. Meanwhile, as Stefanie Glinski reports for Foreign Policy, the coronavirus lockdown presents most Afghans with an impossible choice: get sick or go hungry.

Religious freedom in India. A top religious freedom watchdog is urging the U.S. State Department to designate India as a “country of particular concern.” In its annual report, the bipartisan U.S. Commission on International Religious Freedom called India’s treatment of religious minorities “troublesome.” An Indian government spokesperson called the report “biased and tendentious.” But criticism of India is now quite widespread: Several Gulf states have expressed outrage over hateful social media posts, as Al Jazeera reports.

As if the coronavirus pandemic were not enough, Indian officials report that farms across the region face a new threat this summer that could endanger food security. What is the threat? 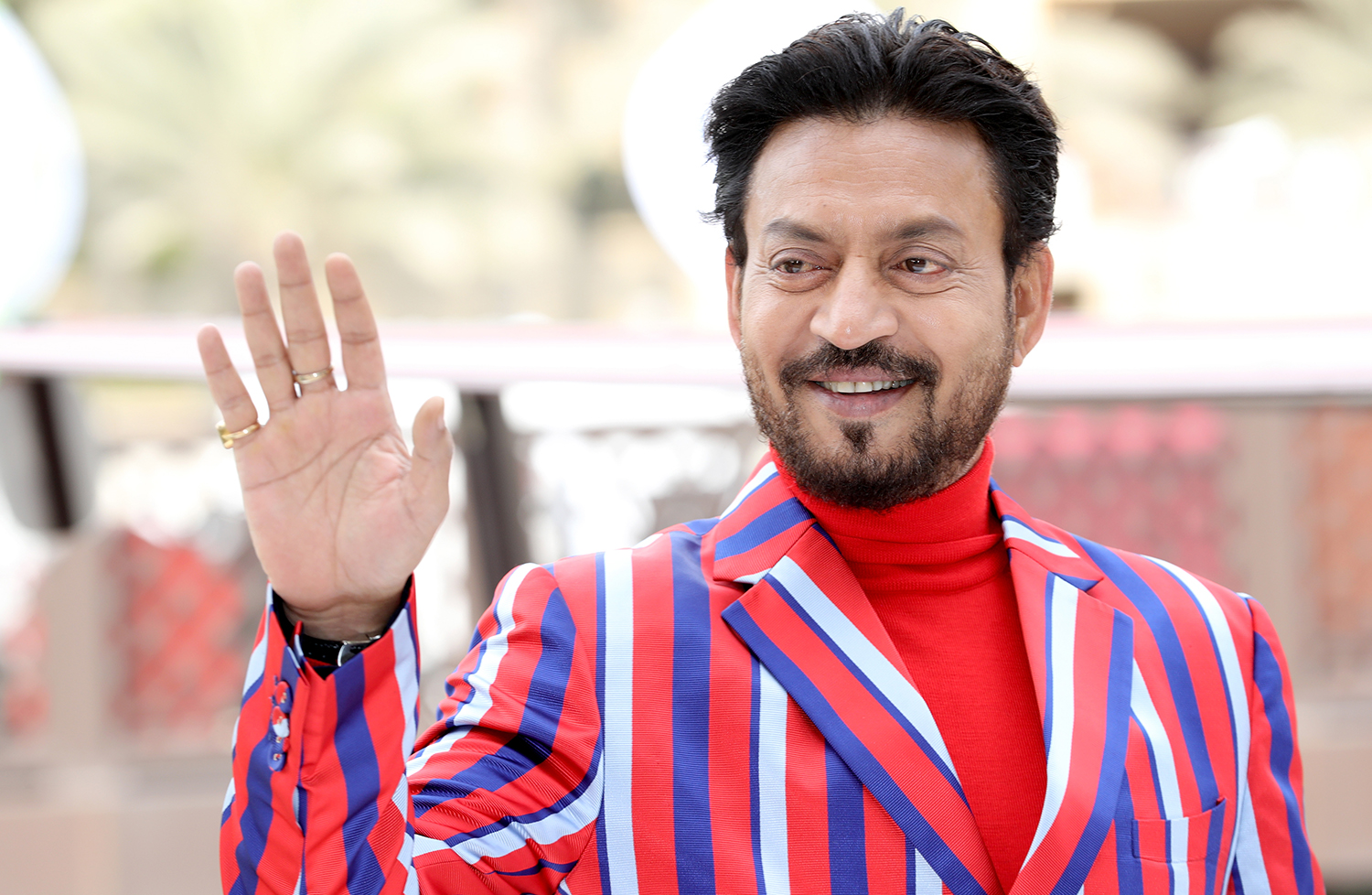 Bollywood deaths. In 24 hours, Bollywood lost two major stars—but neither to COVID-19. Irrfan Khan, renowned for his roles in Life of Pi, Slumdog Millionaire, The Lunchbox, and several Bollywood hits, died at 53 in Mumbai on Tuesday of infections related to a rare cancer. Just a few hours later, the actor Rishi Kapoor succumbed to leukemia, also in Mumbai. Kapoor, the star of films such as Bobby (1973) and Om Shanti Om (1980), was 67.

A giant locust storm from the Horn of Africa could be headed toward South Asia this summer, according to the Hindu. The locusts could travel over a land corridor from Iran or pass over the Indian Ocean and attack farms in peninsular India. Locusts can consume an alarming amount of food: A one square kilometer swarm can eat as much food in one day as 35,000 people.