How Is China Responding to the U.S. Protests?

Politicians’ calls to use force against demonstrators give Beijing fodder for propaganda—particularly in Hong Kong.

Welcome to Foreign Policy’s weekly China Brief. The highlights this week: Chinese media responds to protests against police brutality in the United States, fallout from the new national security law in Hong Kong reverberates around the world, and a new report shows that Beijing obstructed the World Health Organization in the early days of the coronavirus pandemic.

Welcome to Foreign Policy’s weekly China Brief. The highlights this week: Chinese media responds to protests against police brutality in the United States, fallout from the new national security law in Hong Kong reverberates around the world, and a new report shows that Beijing obstructed the World Health Organization in the early days of the coronavirus pandemic.

In China, state and social media are reveling in the widespread protests against U.S. police brutality this week—even if commentators can’t quite decide whose side they’re on.

The protests have divided some on Chinese social media: Conservative Chinese often support both U.S. President Donald Trump and Chinese President Xi Jinping. Some posts call attention to the U.S. oppression of African Americans, while others argue that the United States should recognize all protesters as rioters and back the crackdown in Hong Kong. The most successful messages, such as this Singaporean cartoon that went viral in China, point out the hypocrisy of politicians who call the same behavior by different names in different countries.

Chinese media have condemned the United States for deploying “weapons of war” against protesters—just ahead of June 4, the anniversary of the 1989 Tiananmen Square massacre. Meanwhile, U.S. Secretary of State Mike Pompeo met with Tiananmen survivors just after the administration used force to clear a peaceful crowd for a photo-op.

(For me, a Washington resident and former Beijinger, the buzzing of helicopters overhead is new, but the level of police and military deployment is nowhere near that on the streets in China for routine annual events. In my old neighborhood, it seemed that every alleyway corner had a cop when I left in 2018.)

Easy propaganda. Many conservative supporters of Hong Kong, such as U.S. Sen. Tom Cotton, who has praised the protesters abroad, are calling for military action against Americans—providing easy material for Chinese media. The Hong Kong protesters themselves are somewhat split. Joshua Wong and other young pro-democracy leaders came out in support of Black Lives Matter, while Jimmy Lai, a 71-year-old entrepreneur and democratic activist, decried those pointing to similarities between the movements.

China’s anti-blackness. Anti-blackness among parts of the Chinese American community filters back into mainland Chinese discourse, especially the belief that black Americans are coddled while Chinese Americans are persecuted—an idea that ties in with beliefs about the supposedly favorable treatment given to ethnic minorities in China itself. Chinese American supporters of the protests have been condemned as “white liberals” by nationalist Chinese, even as they decried the U.S. government.

Hong Kong fallout. Trump threatened to revoke Hong Kong’s special trade status last week, a move that could cost the territory’s economy dearly. Beijing benefits from the continued recognition of Hong Kong as a separate territory. Hong Kong has more favorable customs terms, and its goods haven’t been subject to trade-war tariffs. Derecognition would also make it trickier for Hong Kongers to come to the United States: The visa process is currently less arduous than for mainlanders.

The Chinese reaction has been mild so far, in part because—as is often the case with Trump—there may be a gap between rhetoric and implementation.

The United Kingdom, however, is moving fast. British Prime Minister Boris Johnson has offered a route to citizenship for all 3 million Hong Kongers eligible for British Nationals (Overseas) status. But there are complications involved, as Yuan Yi Zhu writes in Foreign Policy. Home is a hard thing to give up, and the actual number of emigrants is likely to be small. Beijing still strongly condemned the move, including threatening the unilateral cancellation of the treaties around the territory. For young Hong Kongers, it feels like 2047—when the territory will officially be absorbed into the mainland—has already arrived.

Report reveals China obstructed WHO. A new Associated Press report details how the World Health Organization struggled to get key information from China at critical moments during the beginning of the coronavirus pandemic—all the while praising the government in public. This is a key dynamic in China’s power in international organizations, which comes not so much through money—before the United States pulled out, China was only WHO’s 16th-biggest funder—as through sheer obstinacy. China’s size makes it impossible to ignore, and unless the rituals of abnegation that the Chinese Communist Party demands are performed, it simply won’t cooperate.

U.S. enacts grad student ban. A U.S. proclamation issued last week cancels the visas of some Chinese graduate students. The order is only supposed to target several thousand students with direct ties to specific institutions, such as the “Seven Sons of National Defense”—prominent universities with close military links. But it is written in a way that could allow larger scope for the refusal of visas: The civil-military fusion idea that the order singles out is a national strategy aimed at having Chinese technological development boost its military, not a specific program. U.S. universities, already reeling from a drop in international students next semester, are seeking clarity.

What about the coronavirus? Amid the protests in the United States, it’s easy for some to forget that there is an ongoing pandemic. China’s mass testing in Wuhan proved to be more concrete than analysts thought. Although the plan to test everyone in the city in 10 days didn’t pan out, most of the population was tested in only 19 days, finding just 300 positive cases. Widespread testing is building Chinese public confidence in going out and traveling, despite a smattering of cases in the north.

Kissing the boot. A string of Hong Kong businesses have come out in support of China’s new national security law. The list includes Jardine Matheson and Swire, two of the territory’s oldest trading houses, and the now-British-based banking giant HSBC. Behind the scenes, businesses face direct threats from the Chinese Communist Party—not just to themselves but to their workers. They are making calculations that any pushback they face internationally or from the public is less costly than being on the wrong side of the authorities.

While they might be the right—in a business sense, not a moral one—the cost to Hong Kong of losing its reputation as a politically neutral, law-based, and transparent center of trade could be immense.

Foreign flights canceled. China has capped foreign airlines at just one flight per week during the pandemic, while domestic carriers are limited to one weekly flight to one destination in each foreign country. U.S. airlines have been pushing for more slots, and after being refused, the United States has retaliated by canceling Chinese carriers’ bookings beginning on June 16. The move will be relatively insignificant while global airline traffic remains miniscule—but it could be more painful as travel resumes.

Britain’s Huawei pushback. The combination of the Hong Kong security law and the pandemic seems to have stiffened the spines of Britain’s ruling Conservative Party, who are now looking for alternatives to the Chinese telecommunications giant Huawei as they build 5G networks. The U.K. has even proposed forming an alliance of democratic nations to deal specifically with technology issues and break potential Chinese dominance in 5G. The group would be based around the G-7, plus Australia, South Korea, and India. 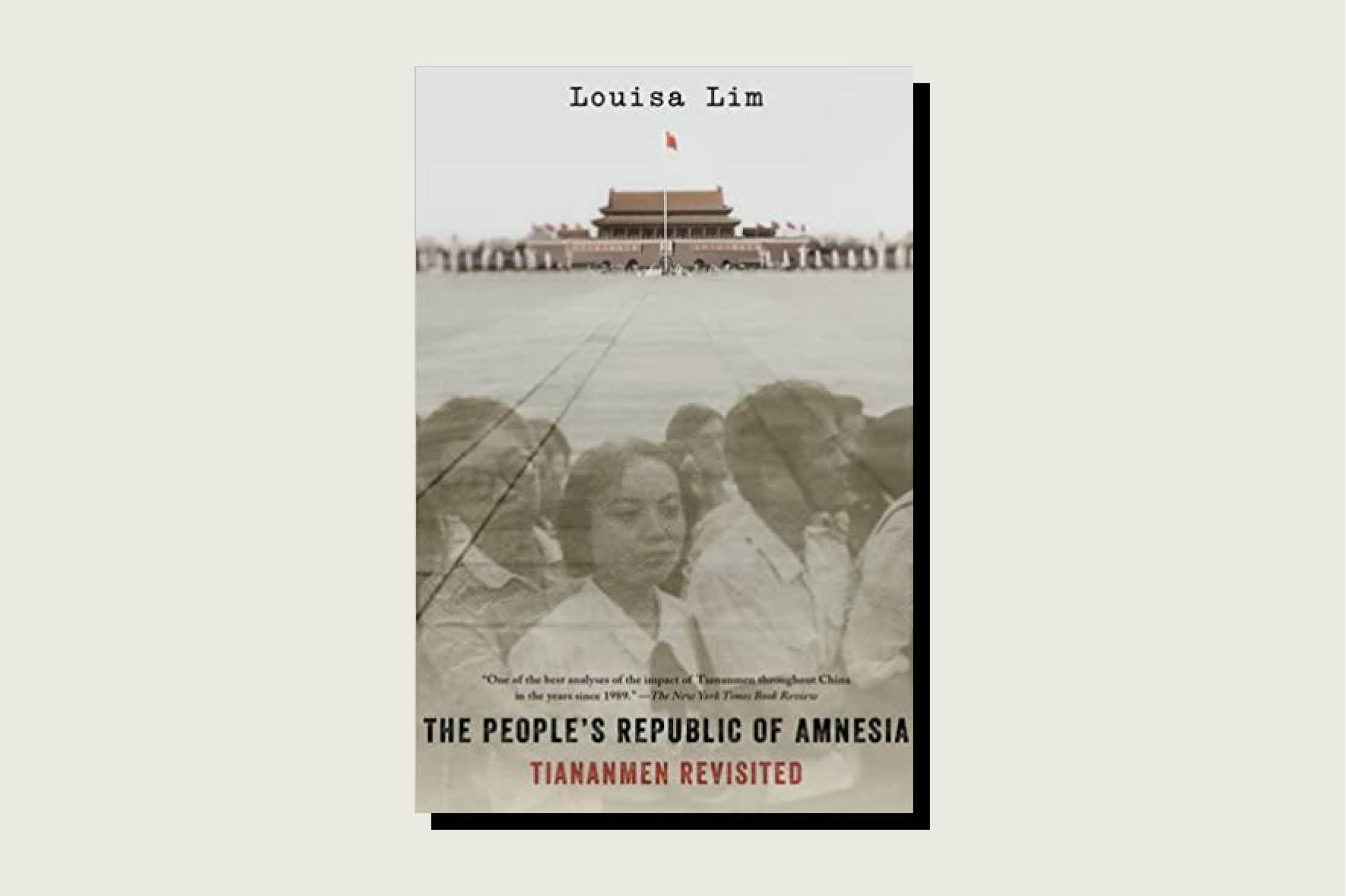 The People’s Republic of Amnesia, by Louisa Lim

On the anniversary of Tiananmen, there’s only one book to recommend: Louisa Lim’s The People’s Republic of Amnesia. Lim, who wrote the book from the mainland with extreme caution, details how the protests went far beyond just Beijing, how brutal the crackdown was across the country, and how much the state has done to make China forget the dead. (For the truly assiduous, dip into these 4,500 pages of documents from U.S. intelligence at the time.)

NEW FOR SUBSCRIBERS: Want to read more on this topic or region? Click + to receive email alerts when new stories are published on Politics, Human Rights, United States, China