Russia and Turkey’s Proxy War in Libya Heats Up

The oil-rich African nation is in danger of becoming the next Syria.

Here’s what we’re watching this week: Turkey and Russia look to cement their military presence in Libya, rampant inflation and coup rumors grip Zimbabwe, and opposition politicians have seen a groundswell of support in Europe’s last dictatorship.

Here’s what we’re watching this week: Turkey and Russia look to cement their military presence in Libya, rampant inflation and coup rumors grip Zimbabwe, and opposition politicians have seen a groundswell of support in Europe’s last dictatorship.

Since the renegade Libyan commander Khalifa Haftar ended his 14-month siege of the capital, Tripoli, earlier this month, there has been a flurry of activity from the international backers of Libyan factions as they vie to lock in their influence in Africa’s most oil-rich nation. Libya is at risk of becoming the site of a protracted proxy war, like Syria, as a patchwork of powers have lined up to back the United Nations-recognized Government of National Accord (GNA) based in Tripoli, and others have backed Haftar’s Libyan National Army, which controls the east. As in Syria, Russia and Turkey have emerged as the most consequential players, backing opposite sides of the conflict. Turkey emerged as kingmaker after it intervened in January, sending troops and drones in support of the GNA and enabling it to beat back Haftar’s forces, which have been supported by Russian mercenaries.

Reuters reported on Monday that Turkey is in talks with the GNA to use naval and air bases in the North African country, although no final agreements have been reached. The bases would give Ankara leverage over European powers but also its Arab adversaries, Galip Dalay, a fellow at the Robert Bosch Academy, told Foreign Policy.

Turkey’s intervention in the conflict has prompted a rift with its NATO ally France, which has supported Haftar’s forces. On Wednesday, the French ministry of defense accused the Turkish navy of behaving in an “extremely aggressive” manner, harassing a French warship in the eastern Mediterranean as it tried to inspect a cargo vessel suspected of carrying weapons to Libya in violation of a U.N. embargo. NATO Secretary-General Jens Stoltenberg said Thursday that the bloc was investigating the incident.

A high-level Turkish delegation that included the country’s Foreign Minister Mevlut Cavusoglu, its finance minister, and its intelligence chief arrived in Libya this week for talks about the latest developments in the crisis and the military cooperation agreement signed between the two governments last November.

Meanwhile, Russia, which has backed Haftar’s Libyan National Army in the east, is looking to further increase its military footprint in Libya, said Anna Borshchevskaya, a senior fellow at the Washington Institute for Near East Policy. “Strategically, if Russia has access in Syria but also in Libya, it gives them a very wide platform because you’re talking about checking the southern flank of NATO,” she said.

An increased Russian presence in the country could also see Moscow gain greater control over refugee flows to Europe, which could be used to further destabilize the European Union. On Thursday, U.S. Africa Command released new evidence of Russian fighter jets being flown in Libya by state-backed Russian private military contractors.

The Russian and Turkish foreign and defense ministers were scheduled to cut out their Libyan middlemen and meet on Sunday, but the meeting was called off as the GNA pushed to retake the strategic coastal city of Sirte from Haftar’s forces. On Monday, the Turkish foreign minister said Ankara was committed to forging a lasting cease-fire deal. Given the stakes and the multitude of actors involved, what comes next will look more like conflict management than resolution, said Dalay of the Robert Bosch Academy.

Zimbabwe on the brink. Three female opposition activists in Zimbabwe have been forced to remain in prison following a bail hearing on Monday as they face charges of fabricating allegations of being abducted, tortured, and humiliated by police. The charges against the women are widely thought to be politically motivated, while the U.N. called on the authorities to “urgently prosecute and punish the perpetrators of this outrageous crime.” The case against the women, one of whom, Joana Mamombe, is a member of Parliament, comes at a tense time in the country as inflation has risen to 785 percent. The price of bread and sugar has surged by 30 percent over the past week, evoking memories of the hyperinflation seen in 2008 that rendered the country’s currency worthless. Economic crisis and rising public anger have led to mounting speculation that a coup could be in the works. The national security council of Zimbabwe dismissed the rumors in a press conference last week, saying they were being fueled by allies of the late Zimbabwean leader Robert Mugabe.

Climate change pregnancy complications. Pregnant women exposed to high temperatures and air pollution are at increased risk of having premature, underweight, or stillborn babies, according to a study released Thursday. Research published in the Journal of the American Medical Association looked at 57 studies conducted in the United States and found that that the risks were even greater for African American mothers and babies, who already have worse health outcomes because of systemic inequalities in maternity care.

Record forcible displacement. The number of people forced to flee their homes because of conflict, persecution and other disasters has doubled over the past decade, reaching a record high of almost 80 million people currently displaced, according to a new United Nations report released on Thursday. Almost 80 percent of the 100 million people displaced over the past decade have re-located within their own countries, but protracted instability has made it increasingly difficult for refugees to return home . Almost three quarters of the 20-odd million who seek refuge abroad do so in neighboring states, with developing countries hosting 85 percent of the world’s refugee and displaced populations.

Kafka in Manila. On Monday, a court in the Philippines convicted one of the country’s most prominent journalists, Maria Ressa, and the reporter Reynaldo Santos Jr. of libel, the latest in a series of devastating blows to freedom of speech in the country. Both were granted bail pending an appeal but could face up to six years imprisonment if the conviction is upheld. A founder of the online news site Rappler and a fierce critic of Philippine President Rodrigo Duterte’s deadly anti-drug crackdown, Ressa has been subject to persistent legal harassment and threats of rape and murder, while her staff have been harassed by pro-Duterte troll armies online. Writing in the Atlantic, Sheila Coronel captures the surreal nature of the case against Ressa: “In a hushed courtroom, with only litigants, their lawyers, and three other journalists present, a judge convicted the Philippine journalist Maria Ressa for an article she did not write, edit, or supervise, of a crime that hadn’t even existed when the story was published.”

Missing in Mexico. Families of people thought to have gone missing amid Mexico’s drug war surrounded a motorcade carrying President Andrés Manuel López Obrador in the state of Veracruz on Monday demanding he do more to bring their loved ones home. Some 61,000 people are estimated to be missing in the country, and relatives fear that austerity measures, which could see a 75 percent budget cut to a government agency that provides funding and support to families of the disappeared, will only make matters worse. While coronavirus-related lockdowns have stalled search efforts, gang violence and disappearances have continued.

Europe’s last dictator. Ahead of what are usually Potemkin presidential elections due to be held in Belarus in August, independent opposition candidates are experiencing a groundswell in support from a public frustrated by years of economic and political stagnation and President Aleksandr Lukashenko’s devastating determination to ignore the pandemic. Belarusians have waited in line for hours to sign petitions in support of opposition candidates, including a popular anti-corruption video blogger Syarhey Tsikhanouski. Ex-banker Viktor Babariko and former Ambassador to the United States Valery Tsepkalo have also thrown their hats into the ring in a sign of growing discontent among the country’s elite. Babariko and Tsikhanouski have already been arrested as part of a widening crackdown. While Lukashenko is likely to secure his sixth term in office, something had fundamentally shifted in Belarusian politics, writes Vitali Shkliarov in Foreign Policy. 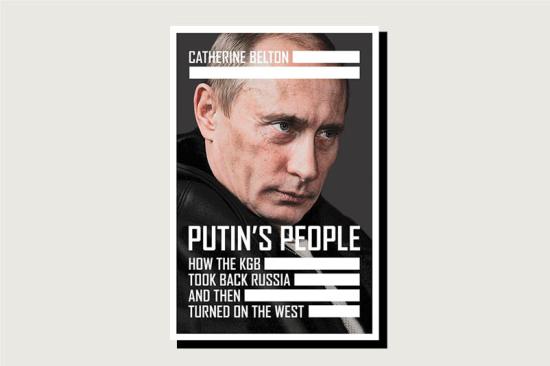 Putin’s People: How the KGB Took Back Russia and Then Took On the West, by Catherine Belton

Next month Russians will take part in a predetermined referendum on constitutional amendments that could see President Vladimir Putin remain in office until 2036. Based on a dizzying array of interviews with Kremlin insiders, diplomats, and former intelligence operatives, Belton’s book offers the most comprehensive account to date of how Putin rose to become the longest-serving Russian ruler since Joseph Stalin.

A former Moscow correspondent for the Financial Times, Belton follows the money to deftly unravel the self-enrichment schemes used by Putin and his former KGB colleagues to pave their rise to power, while pulling no punches for the Western politicians and businesspeople who turned a blind eye. Already available in the United Kingdom, the book is out next Tuesday in the United States.