Why Race Matters in International Relations

Western dominance and white privilege permeate the field. It’s time to change that.

Race is not a perspective on international relations; it is a central organizing feature of world politics. Anti-Japanese racism guided and sustained U.S. engagement in World War II, and broader anti-Asian sentiment influenced the development and structure of the North Atlantic Treaty Organization. During the Cold War, racism and anti-communism were inextricably linked in the containment strategy that defined Washington’s approach to Africa, Asia, Central America, the Caribbean, and South America. And today race shapes threat perception and responses to violent extremism, inside and outside the “war on terror.” Yet mainstream international relations (IR) scholarship denies race as essential to understanding the world, to the cost of the field’s integrity.

Take the “big three” IR paradigms: realism, liberalism, and constructivism. These dominant frames for understanding global politics are built on raced and racist intellectual foundations that limit the field’s ability to answer important questions about international security and organization. Core concepts, like anarchy and hierarchy, are raced: They are rooted in discourses that center and favor Europe and the West. These concepts implicitly and explicitly pit “developed” against “undeveloped,” “modern” against “primitive,” “civilized” against “uncivilized.” And their use is racist: These invented binaries are used to explain subjugation and exploitation around the globe

While realism and liberalism were built on Eurocentrism and used to justify white imperialism, this fact is not widely acknowledged in the field. For instance, according to neorealists, there exists a “balance of power” between and among “great powers.” Most of these great powers are, not incidentally, white-majority states, and they sit atop the hierarchy, with small and notably less-white powers organized below them. In a similar vein, raced hierarchies and conceptions of control ground the concept of cooperation in neoliberal thought: Major powers own the proverbial table, set the chairs, and arrange the place settings.

Constructivism, which rounds out the “big three” approaches, is perhaps best positioned to tackle race and racism. Constructivists reject the as-given condition of anarchy and maintain that anarchy, security, and other concerns are socially constructed based on shared ideas, histories, and experiences. Yet with few notable exceptions, constructivists rarely acknowledge how race shapes what is shared.

Despite the dominance of the “big three” in the modern study of IR, many of the arguments they advance, such as the balance of power, are not actually supported by evidence outside of modern Europe. Consider the democratic peace theory. The theory makes two key propositions: that democracies are less likely to go to war than are nondemocracies, and that democracies are less likely to go to war with each other. The historical record shows that democracies have actually not been less likely to fight wars—if you include their colonial conquests. Meanwhile, in regions such as the Middle East and North Africa, democratizing states have experienced more internal conflicts than their less-democratic peers. Yet leaders in the West have invoked democratic peace theory to justify invading and occupying less-democratic, and notably less-white, countries. 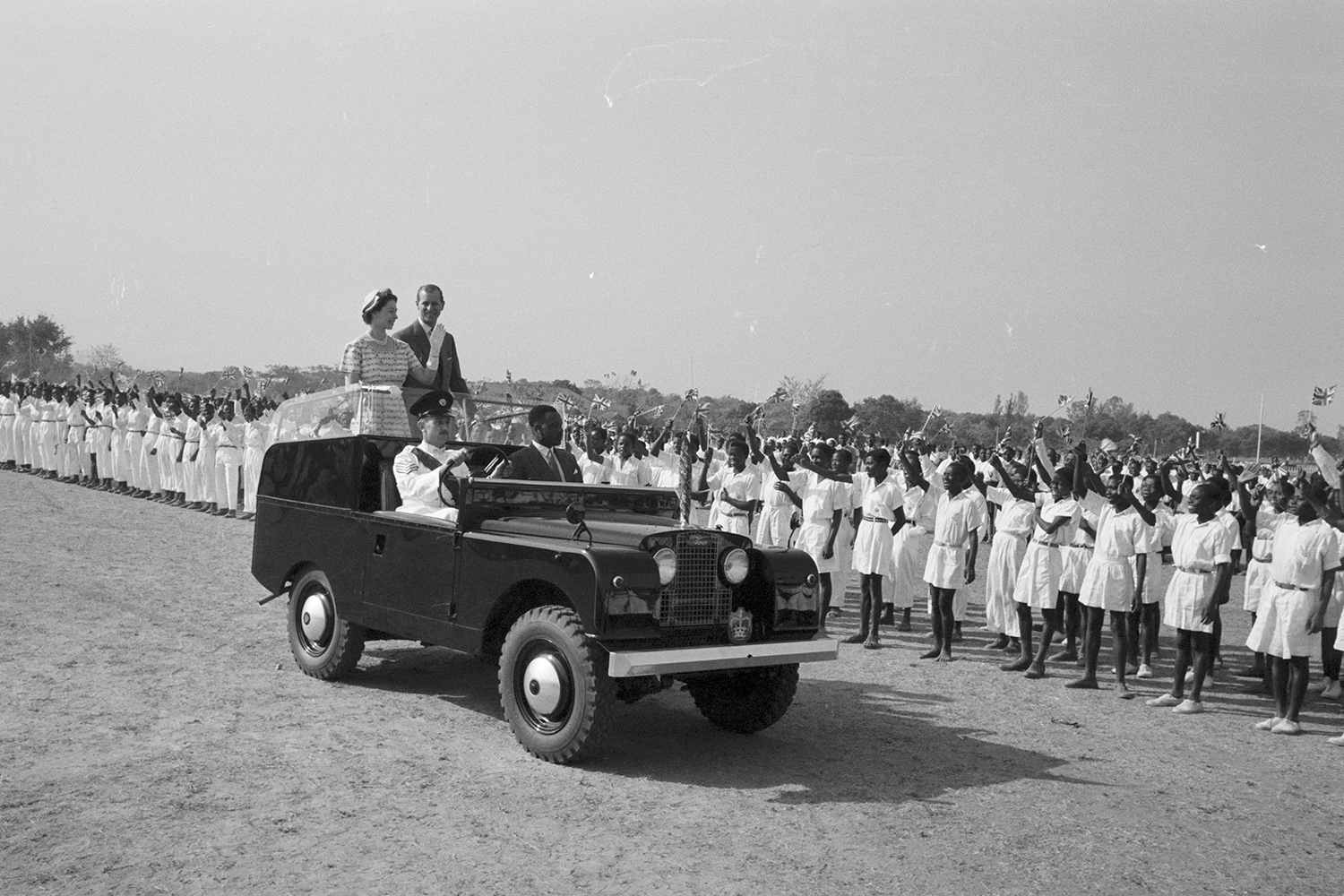 Queen Elizabeth and Prince Philip ride in a parade through the British colony of Nigeria in 1956 as students wave Union Jack pennants. SIMON MICHOU/Paris Match via Getty Images

This is a key element of IR’s racial exclusion: The state system that IR seeks to explain arises from the 1648 Peace of Westphalia, which ended the Thirty Years’ War and established European principles of statehood and sovereignty. Far from 17th-century relics, these principles are enshrined in the United Nations Charter—the foundation for global governance since 1945. But non-European nations did not voluntarily adopt European understandings of statehood and sovereignty, as IR scholars often mythologize. Instead, Europe, justified by Westphalia, divided the world between the modern, “civilized” states and conquered those which they did not think belonged in the international system.

IR scholar Sankaran Krishna has argued that, because IR privileges theorizing over historical description and analysis, the field enables this kind of whitewashing. Western concepts are prioritized at the expense of their applicability in the world. Krishna called this “a systematic politics of forgetting, a willful amnesia, on the question of race.”

Importantly, IR has not always ignored race. In the late 1800s and early 1900s, foundational texts invoked race as the linchpin holding together colonial administration and war. Belief in white people’s biological and sociological supremacy offered a tidy dualism between the civilized and the savage that justified the former’s murderous exploitation of the latter. Paul Samuel Reinsch, a founder of modern IR and foreign policy, christened the 20th century as the “age of national imperialism.” He concluded that states “endeavor to increase [their] resources … through the absorption or exploitation of undeveloped regions and inferior races.” Yet, he assured readers that this was “not inconsistent with respect for … other nationalities” because states avoid exerting control over “highly civilized nations.”

Thinkers’ attention to race in the late 19th and early 20th centuries spread into academic journals and research institutions. For example, the Journal of Race Development—the first academic IR journal, established in 1910—advanced racist treatises, including on the inability of “native races” to develop states without colonialism. Nonetheless, the journal’s pages also included sharp critiques from W.E.B. Du Bois and other scholars who were critical of European mercantilism. In 1919, the journal was rebranded as the Journal of International Relations without substantive changes and, in 1922, its successor, Foreign Affairs, was born.

The mid-20th century brought about some shifts in IR thinking and in foreign policy. Black IR scholars, primarily working out of Howard University, developed a strong theoretical tradition that resists white-supremacist privileging of U.S. and European empires. Anti-colonial revolutions in the 1950s, 1960s, and 1970s further problematized the promise of empire built into realist frameworks and the idealism of paternalist cooperation integral to liberal thought.

Mainstream IR theory, however, did not adapt or evolve its position on race. Most IR scholars just stopped engaging with the subject altogether. Between 1945 and 1993, among the five major IR journals of the period—International Organization, International Studies Quarterly, Journal of Conflict Resolution, Review of International Studies, and World Politics—only one published an article with the word “race” in the title. Another four articles included “minorities” and 13 included “ethnicity.” Since then, mainstream IR has neglected race in theorizing, in historical explanation, and in prescription, and shuttled race (and gender) to the side as “other perspectives.” When IR scholars do engage with race, it is often in discussions of outwardly raced issues such as colonialism.

Yet one cannot comprehend world politics while ignoring race and racism. Textbooks that neglect historical and modern slavery when explaining development and globalization obscure the realities of state-building and deny the harms committed in the process. Similarly, when scholarship fails to call attention to the role that race plays in Western nations’ use of international law as a pretext for military intervention, it provides cover for the modern-day equivalent of “civilizing missions.” Likewise, studies of trade and dispute settlement almost always overlook modern arbitration’s deep roots in the transatlantic slave trade. This history is often lost in analyses of wins and losses in negotiations.

Race and the racism of historical statecraft are inextricable from the modern study and practice of international relations. They are also not artefacts: Race continues to shape international and domestic threat perceptions and consequent foreign policy; international responses to immigrants and refugees; and access to health and environmental stability. 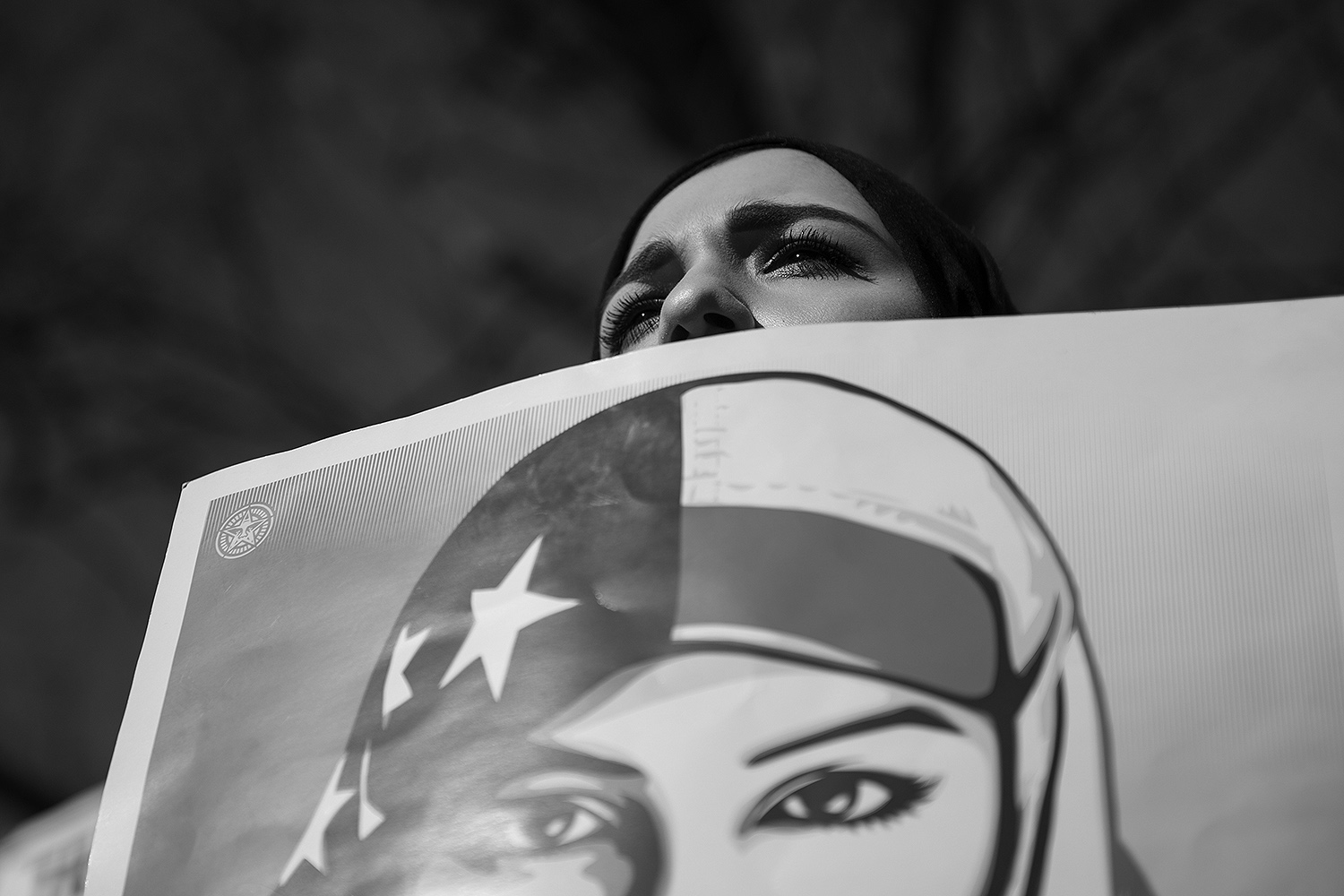 A woman takes part in a protest against President Donald Trump’s Muslim travel ban outside the White House in Washington on Feb. 4, 2017. Race continues to shape international responses to immigrants and refugees. MOLLY RILEY/AFP via Getty Images

Because mainstream IR does not take race or racism seriously, it also does not take diversity and inclusion in the profession seriously. In the United States, which is the largest producer of IR scholarship, only 8 percent of scholars identify as black or Latino, compared to 12 percent of scholars in comparative politics and 14 percent in U.S. politics. And that’s despite the fact that the issues that IR scholars study, such as war, migration, human rights, development, and climate change, have a disproportionate impact on black people, indigenous people, and people of color.

There are a number of reasons for this imbalance. First, there is a pervasive and corrosive tendency among white scholars to assume that scholars of color study race, ethnicity, and identity politics in the United States or in an area-studies context. Though scholars of color do work in these areas, there is no intellectual reason to expect that they all do so. This tendency to presume, even assign, where different people belong communicates to IR scholars of color that they are not welcome.

The International Studies Association (ISA), the main professional association for IR scholars and practitioners, does not offer a research or conference section on race. Nor do any of its organized sections mention race in their descriptions. While ISA does have several identity-related caucuses, including the Women’s Caucus for International Studies, there is no caucus for scholars of color. Scholars of color also experience overt racism within ISA and other professional associations. In 2018, Meg Guliford described her experience as a black scholar at an ISA conference, where three separate attendees assumed she was hotel staff and one asked when she planned to bring out more food.

How IR is taught also perpetuates the research and professional inequalities we detail above. In a 2014 survey of IR professors, nearly 40 percent reported organizing their courses by the traditional paradigms of IR studies. Since much paradigmatic work is dominated by white men and is guided by Eurocentrism, women, nonwhite people, and issues of race and racism are displaced in course syllabi.

Interestingly, how professors organize their courses does not necessarily reflect their own approach to studying IR. In that same survey, 26 percent of respondents reported that they do not use paradigmatic analysis. This casts even more doubt on the paradigms as core, yet exclusionary, frameworks.

IR scholars cannot cast off the field’s intellectual history. But neither can scholars accept it uncritically. Western dominance and white privilege permeate IR scholarship, teaching, and professional associations, to the cost of the field’s integrity, and to the cost of the relevance and appropriateness of our advice to policymakers. To help remedy these problems, IR scholars should focus their efforts on three initiatives.

First, those who teach IR must address race and racism in the field and acknowledge the usefulness of critical approaches. This means integrating scholarly works on race in undergraduate and graduate courses, and not as a segregated “week on race” at the end of the term. Despite the field’s overarching exclusion in this area, there are excellent scholars working on race in IR.

Introductory courses could also be organized around issues—for instance, interstate conflict, human rights, environmental politics—in order to create more points of entry for relevant scholarship and for nonwhite students. Second, universities must improve representation among scholars and increase diversity in intellectual thought. IR programs should strive to recruit, train,  and retain diverse graduate and faculty candidates who can offer new perspectives and drive innovation. Third, IR professional associations must become more inclusive. One concrete step would be for ISA and other IR hubs to organize sections on race.

These steps are straightforward and feasible. Those in positions of power and influence must simply have the will and do the work.

Kelebogile Zvobgo is provost’s fellow in the social sciences at the University of Southern California and the founder and director of the International Justice Lab at William & Mary. Twitter: @kelly_zvobgo

Meredith Loken is an assistant professor of political science at the University of Massachusetts, Amherst and a non-residential fellow at the Modern War Institute at the United States Military Academy at West Point. Twitter: @meredithloken