The Pandemic Is Reversing Decades of Progress

A new report warns that 120 million children in South Asia could fall into poverty this year because of lockdowns—and tens of thousands could die from disease.

Welcome to Foreign Policy’s South Asia Brief. This week, a closer look at how the coronavirus pandemic threatens to reverse progress on poverty in the region. Plus, the latest on the India-China skirmish, a troubling arrest in Bangladesh, the impact of Trump’s visa freeze, and why a Turkish TV show is topping the charts in Pakistan.

Poverty and the Pandemic

Welcome to Foreign Policy’s South Asia Brief. This week, a closer look at how the coronavirus pandemic threatens to reverse progress on poverty in the region. Plus, the latest on the India-China skirmish, a troubling arrest in Bangladesh, the impact of Trump’s visa freeze, and why a Turkish TV show is topping the charts in Pakistan.

Poverty and the Pandemic

Coronavirus cases continue to rise rapidly, with records for the number of new daily cases across the region. South Asia’s three most populous countries—India, Pakistan, and Bangladesh—are leading the way, as shown below. The biggest hotspots seem to be in New Delhi and Mumbai, but that could be the result of increased testing in those cities.

Poverty warning. Health experts point to South Asia’s young demographics as a potential reason why the total number of deaths—if they are being accurately recorded—is not as high as it could be. But there is a flip side to having a young population: Children may never quite recover from the damage that the pandemic is inflicting on health care, education, and the economy.

According to a new UNICEF report, the coronavirus could push 120 million children in South Asia into poverty—joining 240 million other children in the region. It makes for dismal but important reading. A growing number of children are succumbing to pneumonia and measles. Pregnant women are resorting to unsafe deliveries at home. Around 430 million children can’t go to school and most don’t have adequate connectivity to study remotely. Domestic abuse against children is on the rise. And as remittances and tourism dry up, households are spending less on good nutrition.

Put together, each of these developments could have lasting impacts on the region’s 600 million children. “The side effects of the pandemic, including the lockdown and other measures, have been damaging for children in numerous ways,” said Jean Gough, UNICEF Regional Director for South Asia. “But the longer-term impact of the economic crisis on children will be on a different scale entirely. Without urgent action now, COVID-19 could destroy the hopes and futures of an entire generation.”

The report doesn’t just detail problems. It recommends quick universal income transfers to vulnerable families, suggesting those packages could cost countries around 2 percent of their GDPs.

Profiteering? As always in a crisis, there is no shortage of people and companies trying to make a quick buck. The Indian state of Maharashtra has banned what it called a “spurious” cure for the coronavirus manufactured by a popular yoga guru. Baba Ramdev, the founder of the ayurvedic products juggernaut Patanjali, launched a drug called Coronil on Tuesday. He said the medicine, made up of ancient ingredients, had a 100 percent cure rate.

Testing rates. Perhaps the most frustrating aspect of the coronavirus outbreaks in South Asia is that there is still limited data because not enough people are being tested. As shown below, every South Asian country barring Bhutan and the Maldives has testing rates that are a tiny fraction that of the United States—which itself has not been an exemplar. Afghanistan, for example, has tested an average of 1.6 among every 1,000 people.

The lack of data, and the fact that most economies are opening up, has led observers to think that the real number of cases in the region must be higher—with a peak several months away. As Kunal Purohit writes in Foreign Policy, extrapolations from local surveys show India could have as many as 9 million infections so far.

India and China disengage. We’ve been here before, but it appears that New Delhi and Beijing have agreed to calm tensions a week after the deadliest clash between the two in decades. As Reuters reports, a senior Indian government source said “there was a mutual consensus to disengage.” China’s foreign ministry spokesperson Zhao Lijian made similar comments but dismissed India’s claim that 40 Chinese soldiers were killed as “fake news.”

While China can shape its message effectively at home, I worry about India’s jingoistic media, which continues to make rash and irresponsible calls for teaching China a lesson. (I spoke about this on India’s CNN-News18 this week.) One effect of such discourse is the growing Indian sentiment to boycott Chinese imports. But India’s turning inward would damage its own growth prospects and serve to benefit China. And abrupt shifts in Indian policy will bruise confidence among global investors.

Part of India’s predicament can be blamed on its poor relations with countries such as Bangladesh, Nepal, and Sri Lanka. As our FP columnist Sumit Ganguly writes, Prime Minister Narendra Modi came to power in 2014 promising a “neighborhood first” policy—but many of those neighbors now seem to be pursuing China-first strategies.

Bangladesh social media arrest. In another sign of how free speech is endangered in South Asia, Bangladeshi police arrested a 15-year-old boy for criticizing Prime Minister Sheikh Hasina on Facebook this week. The arrest puts the focus on Bangladesh’s Digital Security Act, which has been increasingly deployed against citizens and which Amnesty International calls “a weapon to punish legitimate dissent.” Incidentally, the arrest mirrors the premise of the new bestselling novel A Burning by Megha Majumdar.

India-Pakistan expulsions. India expelled half the staff in Pakistan’s embassy in New Delhi on Tuesday after alleging those members had “engaged in acts of espionage and maintained dealings with terrorist organizations.” Pakistan denied the allegations and said it would similarly expel Indian embassy staffers in Islamabad.

Indians are scrutinizing the amount of Chinese money that has flooded their market as tensions between the countries remain high. That brings us to our question this week.

Of the top 30 Indian unicorns—startups valued at more than $1 billion—how many have received investments from China?

Trump’s visa freeze. On Tuesday, U.S. President Donald Trump extended a suspension of new visas for certain categories of foreign workers until the end of 2020. The move will affect India most of all. The freeze includes the H-1B visa, through which 85,000 highly skilled workers enter the United States. And according to the BBC, three-quarters of all H-1B visas go to India-born workers. H-1B holders account for some 25 percent of the 3 million-strong Indian-American population.

Unfair Air India? The U.S. Department of Transportation (DOT) has accused Air India of “discriminatory practices” because it was selling tickets—potentially sidestepping flight restrictions—on charter flights designated for repatriations. The DOT will now scrutinize Air India’s flights on a case-by-case basis “to restore a level playing field for U.S. airlines.” 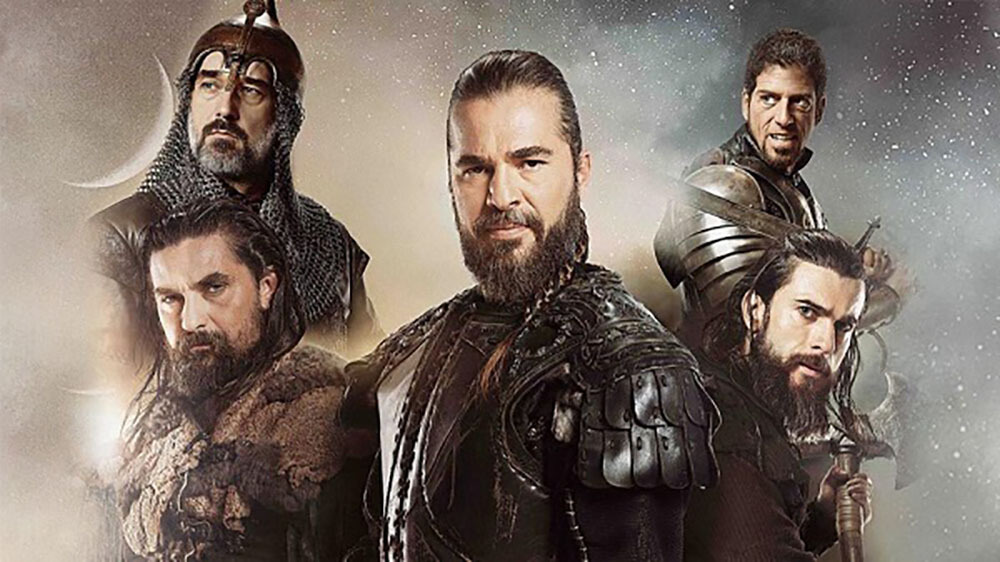 Turkey’s soft power. As statues around the world come down, residents of Lahore, Pakistan, have erected two new monuments of the 13th century Turkish leader Ertugrul Gazi. Reuters connects Pakistan’s sudden interest in the Ottoman sultanate to the Turkish TV show Ertugrul Gazi, which airs on Pakistani state TV dubbed in Urdu. It has become the most watched program ever on PTV, which compares it to HBO’s Game of Thrones.

Perhaps realizing the show’s impact—and the soft power gains for Ankara—Turkish state TV waived its royalties for the dubbed show.

According to the BBC, which cites research by the think tank Gateway House, 60 percent of India’s top startups have received Chinese funding. More broadly, China accounts for 12 percent of India’s total imports. Most of the top smartphone brands in India—Huawei, Xiaomi, Oppo, OnePlus, and Vivo—are Chinese.

Lebanon Is Europe’s Most Urgent Challenge

Lebanon Is Europe’s Most Urgent Challenge