The Clock Is Ticking on Ethiopia’s Dam Dispute

Ethiopian officials say they will start filling Africa’s largest hydroelectric dam next month, but they haven’t reached a deal with the countries downstream.

Here’s what we’re watching this week: Tensions over Ethiopia’s controversial dam project reach a breaking point, China makes an effort to woo foreign journalists, and the Democratic Republic of the Congo’s Ebola outbreak is declared over.

Here’s what we’re watching this week: Tensions over Ethiopia’s controversial dam project reach a breaking point, China makes an effort to woo foreign journalists, and the Democratic Republic of the Congo’s Ebola outbreak is declared over.

The U.N. Security Council will meet on Monday to discuss spiraling tensions over Ethiopia’s plans to begin filling its new hydroelectric dam, the largest in Africa, after almost 10 years of construction. Sudan and Egypt, which are downstream from the dam on the Blue Nile River, fear that it could seriously disrupt their water access. Years of negotiations over the dam’s operations have not led to a deal, and last week the latest round of talks again ended in deadlock.

Now, time is running out: Ethiopia has vowed to begin filling the dam next month as the rainy season begins—regardless of whether a deal is reached. On Thursday, Sudan sent a letter to the United Nations Security Council cautioning that millions of lives could be put at risk because of flooding if Ethiopia moves ahead with plans to fill the dam before agreement is reached. On Saturday, Egyptian President Abdel Fattah al-Sisi said that Cairo asked the Security Council to intervene in the hopes of restarting talks. “We are always keen to take the diplomatic and political path until its end,” he said. 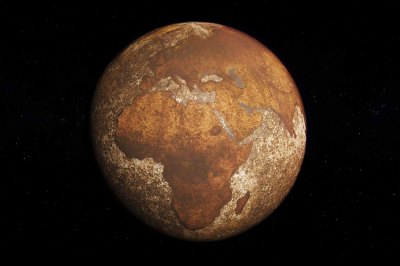 Climate & Security: The threat of climate change requires understanding, strategic planning, and transnational cooperation across sectors in order to design and implement solutions on a global scale. FP Analytics’ special report looks at how to manage the cascading security implications of a warming world. Read more.

Existential threat. The construction of the $4 billion Grand Ethiopian Renaissance Dam was announced in early 2011. With a projected capacity of 6,000 megawatts, the project is central to the country’s efforts to become the continent’s biggest energy exporter. The dam wouldn’t change Ethiopia’s water consumption, but it would affect the flow of water downstream.

Egypt relies on the Nile, which the Blue Nile feeds into, for 90 percent of its water and views the project as an existential threat. Sudan is caught in the middle in the dispute: It could benefit from cheap electricity, and controlled water flows could help to prevent flooding. But Khartoum fears that a lack of coordination could lead to its own Roseires Dam becoming overwhelmed, increasing the flood risk for millions downstream.

Stumbling blocks. Two key obstacles remain. The first is disagreement over how to manage a multiyear drought. Egypt has asked Ethiopia to commit to releasing extra water during prolonged drought, but officials in Addis Ababa object over concerns that it would undermine energy generation. The second point of contention is how to resolve future disputes brought about by the dam that may arise between the countries. Egypt has called for disagreements to be resolved through binding international arbitration, while Ethiopia wants the three countries to resolve issues among themselves.

Forced disappearances in Venezuela. The Venezuelan government is detaining its critics in secret in a bid to quiet opposition and sow fear, according to a joint report released last Friday by the Venezuelan group Foro Penal and the Washington-based Robert F. Kennedy Human Rights. The groups documented a sharp rise in 2019 in the number of people detained for at least 48 hours with no information being provided about their whereabouts.

Under international law, detentions of this nature are considered forcible disappearances. The report found 524 such cases last year, with people being disappeared for an average of five days. More than 20 percent of the victims reported being tortured while in captivity.

Say what? Pakistani Prime Minister Imran Khan has drawn sharp criticism after describing 9/11 mastermind Osama bin Laden as a martyr during a speech to the National Assembly on Thursday, implying that the former al Qaeda leader was killed for his religious beliefs and not his role in the terrorist attacks. “The Americans came to Abbottabad and killed Osama bin Laden, martyred him,” Khan said, describing the U.S. special forces raid in 2011.

Islamic militant groups remain a potent force in Pakistan, and the Pakistani military—with which Khan is closely aligned—relies on them as proxy forces. Analysts noted that Khan’s choice of words may have been an attempt to placate the groups.

Cause for celebration. On Thursday, the Democratic Republic of the Congo declared an end to an Ebola epidemic in the country’s northeast—which had claimed 2,277 lives since it began in August 2018. The country drew upon 16,000 front-line workers, technological innovation, and an experimental new vaccine given to more than 300,000 people to battle the virus. Ebola has a 50 percent fatality rate, and the outbreak was the second most deadly after the 2014-2016 West Africa epidemic that killed over 11,000 people.

“We should celebrate this moment, but we must resist complacency,” said Tedros Adhanom Ghebreyesus, the director-general of the World Health Organization. “Viruses do not take breaks. Ultimately, the best defense against any outbreak is investing in a stronger health system as the foundation for universal health coverage.” Congo is still fighting a smaller outbreak of the disease, which is transmitted through contact with people or animals carrying the virus, in the northwestern city of Mbandaka.

China’s global influence. Beijing is increasingly looking to curry favorable media coverage abroad by wooing foreign journalists with study tours and providing pro-regime content, according to a report released this week by the International Federation of Journalists. The group surveyed 58 journalism unions around the world, and journalists from 29 countries reported going on trips to China. Over a third of the unions said that content-sharing agreements were in place between media organizations in their countries and Chinese state outlets.

Groups of journalists from Muslim-majority countries have been taken on tightly controlled tours of the Xinjiang region in a bid to defuse criticism over Beijing’s mass incarceration of millions of Uighurs and other Muslims.

Belgium’s racist legacy. Five women born in the Belgian Congo in the 1940s are suing the Belgian government for crimes against humanity. They and thousands of other biracial children were kidnapped from their mothers and placed in Catholic institutions during Belgium’s decadeslong colonial rule. Strict segregation policies removed children born to Congolese mothers and white fathers from their parents and separated them from the rest of the country’s Black population.

The plaintiffs, who now live in Belgium and France, filed their complaint this week accusing Belgium and the church of abandoning the children at independence in 1960, when many were abused and raped by militia fighters.

The Arctic is burning. Temperatures in the Russian Arctic town of Verkhoyansk hit a record 100.4 degrees Fahrenheit on Saturday. The U.N. World Meteorological Organization (WMO) said on Tuesday that it’s looking to verify the claim. Temperatures of above 85 degrees in the area are not unusual—but if confirmed, 100.4 would be “exceptional,” a WMO spokesperson said in a briefing. Siberia has seen unseasonably warm temperatures this year at 14 degrees Fahrenheit higher than average, according to the nonprofit Berkley Earth. Earlier this month, melting permafrost caused an oil storage tanker to collapse, spilling over 20,000 tons of oil into the surrounding area.

NEW FOR SUBSCRIBERS: Want to read more on this topic or region? Click + to receive email alerts when new stories are published on United Nations, Africa