From the Berlin Wall to Confederate monuments, destroying a historic marker means destroying a learning opportunity. 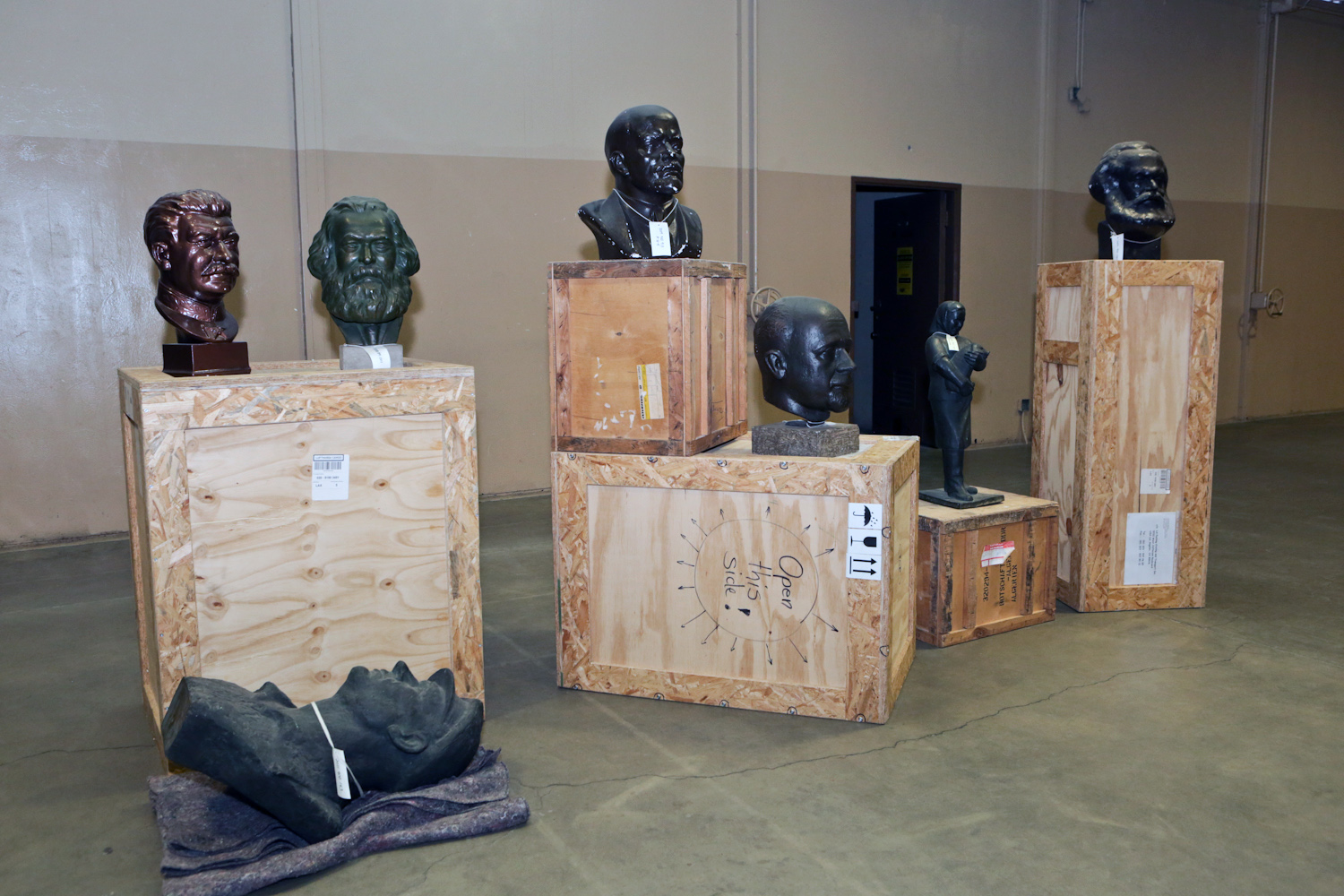 The awakening and reckoning brought on by the Black Lives Matter movement have inspired a purge of the symbols and icons associated with oppressive systems of the past that are rightly being challenged in the present.

It’s not a new phenomenon. Indeed, humans have always built statues and then torn them down. Empires, and modes of thought, rise and fall. And destruction of the old has often been a part of constructing the new.

In 1990, amid the so-called Wende, or period of change, in Germany following the fall of the Berlin Wall in November 1989, Eastern Germany produced an incredible 1.2 tons of trash per person. That is three times the amount that an average Western German produced for the same period.

Geopolitical change—the shift from communism to capitalism—was accompanied by a material change.

Eastern Germans wanted to get rid of the old, reminders of their former lives, and exchange it for things that were newer, that were less complicated, and that did not burden them with guilt by association with the old regime that was being pilloried in the international press. The message was clear: out with the old, in with the new.

Humans have always built statues and then torn them down.

The Germans call it a “Müllphase,” or “trash phase,” and the word is used to describe the period immediately following political upheaval. It was experienced after World War I and the collapse of Imperial Germany, and, most significantly, following the destruction of Nazi Germany in 1945. The Soviet Union likewise purged any symbols and iconography associated with tsarist Russia following the Russian Revolution in 1917. The human instinct toward iconoclasm is as old as time—the Counter-Reformation and the French Revolution are particularly well-known examples. More recently, the world watched as a large statue of Saddam Hussein was pulled down in Baghdad with the encouragement of the U.S. Army.

I founded a museum in 2002 to preserve and present East Germany’s and the former Eastern Bloc’s discarded objects, including archives, consumer objects, and defaced art before they disappeared—not out of reverence for old communist leaders but because once they’re gone, evidence is lost. Historians of the future depend on preservation of things of the present.

We cannot and should not keep everything, but we can prioritize those things that are the most valuable in terms of instruction—and opportunities for reflection and evaluation.

Politically loaded and potentially offensive objects can be particularly instructive because of their power to provoke debate and visceral reactions. 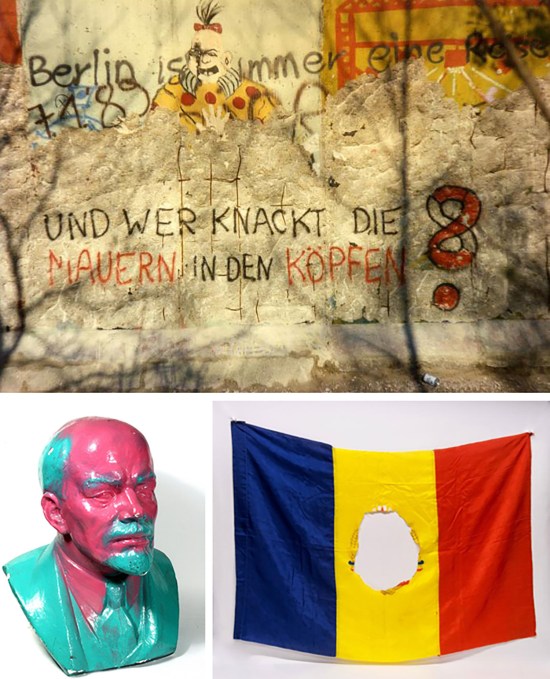 Clockwise from top: A segment of the Berlin Wall is photographed in West Germany, circa January 1989; the Communist coat of arms in the center of a flag of the Socialist Republic of Romania was removed in 1989; and a bust of Lenin, made during the mid-1960s, was painted pink and blue by protesters in 1989 during one of the weekly “Monday demonstrations” in the East German City of Leipzig, preceding the fall of the Berlin Wall on Nov. 9, 1989. Courtesy of the Wende Museum.

Statues are among the most problematic of all historical artifacts, because they are not merely objects but a public, physical expression of politics at the moment in which they were created. Statues designate heroes, instill narratives, and project power. But what happens when the statues don’t change, but the politics do? They are too big to be quietly tucked away in a drawer as so many museum curators have done when an exhibit is deemed out of date.

In the 1990s, the post-socialist Hungarian government removed statues built by the previous regime and put them in a statue cemetery outside the city called Szoborpark, which translates to “Memento Park.” They were removed from their pedestals, and children now climb on them. The message is clear: A bygone era’s symbols of power are now powerless.

In the 1990s, the post-socialist Hungarian government removed statues built by the old regime from their pedestals and put them in a park. Children now climb on them. The message is clear: A bygone era’s symbols of power are now powerless.

The world witnessed what happened in Ukraine following the Euromaidan movement in February 2014, when more than 300 statues of Vladimir Lenin were removed from public spaces or were destroyed. The phenomenon was so popular, it even had a name: “Leninopad,” which translates to “Leninfall.” I argued at the time that the sculptures could be moved or reinterpreted with contextual information about the Soviet Union along the lines of “Why do these exist?”—which, rather than their destruction, could have offered an opportunity for a history lesson in the streets or in an outdoor park like Szoborpark. 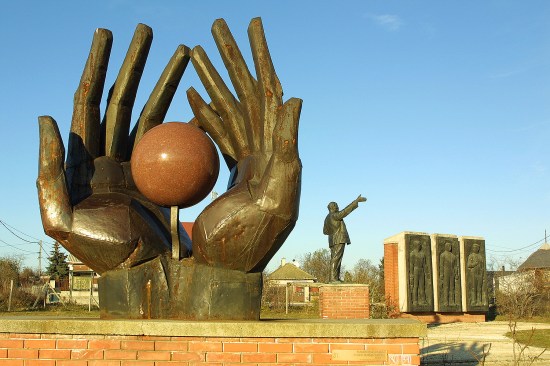 A similar bout of iconoclasm has been happening with Confederate statues in the Southern United States, and it’s happening now around the world as representations of racists, xenophobes, and murderers, carved in stone and cast in bronze, are being dismantled. This includes the statues of Confederate Gen. Albert Pike in Washington, D.C.; Francis Scott Key, the author of the U.S. national anthem and a slave owner, in San Francisco; Christopher Columbus in Boston; the 18th-century Franciscan friar Junípero Serra in Los Angeles; and the British Victorian imperialist Cecil Rhodes at the University of Oxford.

The Black Lives Matter movement is not new, but its widespread support is a recent phenomenon. According to recent New York Times polling analysis, the Black Lives Matter movement has broad public support that it did not have in 2017 and 2018. Attitudes about whether racism and discrimination are “are a big problem” have followed a similar pattern (76 percent of Americans now agree). The wider the distance between what was and what is, the more the statues will be targeted for demolition and removal.

Those whom authorities once celebrated as heroes are now being challenged and contested like never before. Removing statues from their pedestals or taking an ax to them are newsworthy images and make protesters feel like they’re winning, but the inevitable question is, “Then what?” When physical remnants of a difficult past are erased, it doesn’t make the underlying problem just go away. In fact, it’s often the opposite—erasure of such public reminders of repression makes it even more difficult to keep the discussion in the spotlight, scoring points for symbolic victory while preventing more lasting systemic change.

Statues were intended to be symbols when they were built. Whereas some were always explicit in their support for a system of white supremacy—like the statue of the Confederate general and Ku Klux Klan leader Nathan Bedford Forrest in Memphis—others, such as representations of former U.S. President Woodrow Wilson, appear to celebrate his international contributions, rather than his domestic racism. But, now, in the heat of the moment, both men are lumped together and their statues are seen as symbols of oppression. The way these symbols have been interpreted has changed and will keep changing. And when what happened becomes history, Americans will, once again, develop a much different relationship to the things associated with it. 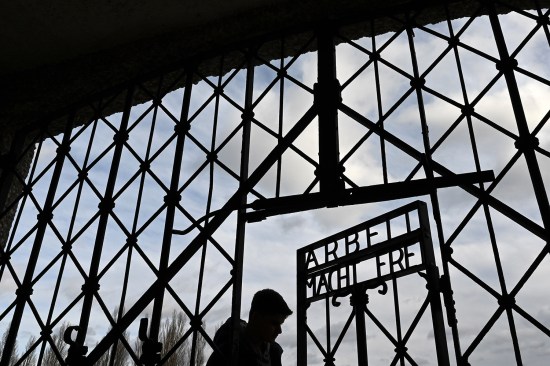 A visitor walks through the entrance gate bearing the inscription “Work Will Set You Free” at the former Nazi concentration camp in Dachau, Germany, on Dec. 9, 2019. CHRISTOF STACHE/AFP via Getty Images

If the statues survive, they will become memorials instead of monuments, just in the way that sites of the Holocaust were first destroyed out of anger and then fastidiously preserved as evidence of historical crimes and injustices. The barracks at the infamous concentration camp at Dachau were first removed and then later reconstructed, with furnishings from three different periods, presenting a three-phase narrative of the Holocaust while showing visitors the unspeakable conditions that prisoners faced.

The Berlin Wall offers another example of what happens following a Müllphase. Beginning in the 1990s, graffiti-painted concrete segments of the Berlin Wall were hastily removed, ground up by machines that rolled along the border while physically chewing it up, and, poetically, turned into asphalt to repave the crumbling streets of the former East Berlin. The people of Berlin, who had lived in the shadow of the wall for decades, celebrated the cement edifice’s demise. They were so thorough, so confident in the righteousness of their cause, that nearly all of the original pieces were either removed from their original positions or destroyed.

Flash forward 30 years, and German media is full of talk about historical amnesia. Young people do not remember the wall or what their parents had to endure. A key lesson has been lost, the older generation contends. Their solution? Segments of the Berlin Wall are being reproduced and replaced in strategic positions around the city, including at perhaps the most infamous, most public site of all: the former Checkpoint Charlie. But, this time, there is an audio guide, ample signage, and the opportunity to talk about the wall as an oppressive structure that separated friends, colleagues, and families. 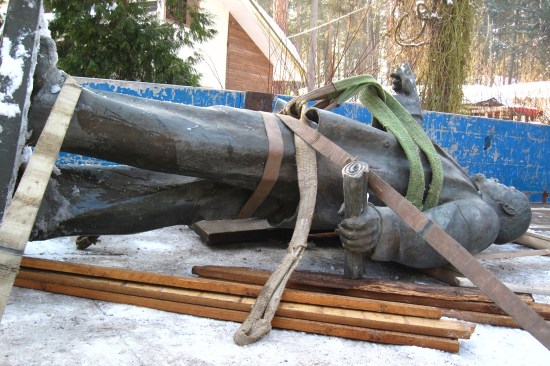 Many statues of racist historical figures will be removed from their original locations. One option is for them to go to a statue cemetery like the one outside Budapest. Another is to deliver them to museums where they can be adequately recontextualized. Artists could be invited to edit or stage interventions to add another layer of interpretation to the statue where it stands—an act that both acknowledges the crimes of the past and allows for critical response to that past, especially by those who have been most harmed by the legacy of racism these symbols represent. There is no single right way to handle historical symbols, and a customized approach—depending on the person represented and the historical context—will be more effective than a blanket, one-size-fits-all solution.

It’s impossible to deny the anger of the moment and the desire to right a wrong. The irony is that if all statues fall or are destroyed, the most public reminders of systemic brutality could disappear. Erasing sculptures does not start a conversation, but it usually ends one.

With the right contextualized information presented in conjunction with the statues, those most impacted by historical injustices could remind everyone of the harm done to them and their ancestors—as they do at the Apartheid Museum in South Africa and at Holocaust museums around the world—and prevent a whitewashing of history in which the statues are, like so many other problematic things, simply put in a drawer or swept under a rug.

The United States and Europe are in the midst of a new Wende—and a new Müllphase has begun. The decisions being made now—in the heat of the moment—will have an impact on the future of history and whether bad memories are simply wiped away or we are forced to confront what once was.

Why the Berlin Wall Still Matters

Fragments of the wall have become museum pieces. But with the rise of extremist parties in Germany, the debate over the barrier’s legacy is anything but history.

Where Should Confederate Statues Go to Die?

The United States can learn from the graveyards of fallen regimes worldwide.

What to Do With a Heinous Statue

Lessons for Trump from post-Nazi Germany and post-Soviet Eastern Europe.

Justin Jampol is the founder and executive director of the Wende Museum in Culver City, California, and host of the television show Lost Secrets on Travel Channel. Twitter: @wendemuseum