A weekly digest of the stories you should be following in China this week, plus exclusive analysis, written by Foreign Policy’s senior editor and former Beijing correspondent James Palmer. Delivered Wednesday.

One Country, One System

The full text of Beijing’s new national security law imposed on Hong Kong was published only as the law came into effect on Tuesday. It was an apt symbol of the secrecy and autocracy surrounding the move, which Hong Kongers see as the effective end of their autonomy and of freedom of speech and protest in the city.

The law, which criminalizes “secession, subversion of state power, terrorism and collusion with foreign entities,” is worse than critics imagined. It sets out potential life imprisonment for any violation, a new security body set up within the city to handle arrests, and a provision for cases to be handled on the mainland rather than by Hong Kong courts.

The response from Hong Kongers, who generally oppose the law, has been both fierce and despairing. Despite pandemic restrictions, tens of thousands of people took to the streets in protest today. The police arrested over 300 people and charged nine under the new law. Details of the cases are not clear yet, except for one man charged for waving a “Hong Kong Independence” flag.

At the same time, many Hong Kongers have already deactivated their Twitter accounts out of fear of being charged for speech there, withdrawn from democratic organizations, and taken down anti-government signs. Both local and foreign businesses, keen on Chinese investment and eager to protect their own interests, have supported the law, despite the threat it poses to the city’s credibility as a financial hub.

Departure plans. A large number of Hong Kong’s residents have plans to emigrate, primarily to Taiwan. Britain swiftly denounced the move as a “serious breach” of the Joint Declaration on Hong Kong and promised a route to citizenship for those with British Nationals (Overseas) status, a designation held by many older Hong Kongers. The law effectively means an end to meaningful electoral representation in Hong Kong, since opponents of Beijing are likely to face criminal charges merely for standing for office. The mainland can impose other laws in the future at will.

Warning sign. While the impact of the law is cruelest in Hong Kong, Beijing’s actions should worry everyone. The tolerance extended to Hong Kong, where the first thing seen on arrival by ferry was often anti-government signs waved by Falun Gong practitioners, once showed that the Chinese Communist Party was capable of prioritizing pragmatic concerns, treaty obligations, and its global reputation above domestic ideological worries. That’s no longer the case, and that has serious implications for how China behaves on other issues.

Global jurisdiction. Strikingly, the law explicitly says it applies to non-Hong Kong residents—and to offenses committed outside Hong Kong itself. In theory, then, a U.S. citizen who tweeted support for Hong Kong independence or criticized the internment camps in Xinjiang could be arrested while passing through Hong Kong, extradited to the mainland, and sentenced to a Chinese prison term.

In practice, the law is likely to be deployed mostly against Hong Kongers. But going by the record in the mainland, former Chinese citizens, dual nationals, and even non-citizens of Chinese descent may find themselves targeted. In a disturbing move, China is also preventing Canada from consular access to a Chinese Canadian prisoner, sentenced to eight years for practicing Falun Gong, by claiming that she had renounced Canadian citizenship.

Xinjiang sterilizations. A major investigation by the Associated Press, backed by data-driven research, shows that Chinese authorities have imposed draconian new family planning policies on ethnic minorities, especially Uighur Muslims in Xinjiang. Minorities traditionally faced fewer restrictions on the number of children they could have than Han Chinese, but the situation has now reversed. The Han majority is encouraged to have multiple children, while many Uighur women have been forcibly sterilized. In two sample counties in Xinjiang, the targets given in documents were the sterilization of 14 percent and 34 percent women of child-bearing age in a single year.

While family planning restrictions have eased in most of China, they haven’t caused the baby boom desired by authorities. That’s a problem for a greying nation, where the cost of supporting retirees may soon be prohibitive. Given the coercive tools favored by the government, restrictions on Han Chinese reproductive freedoms could increase, with potential abortion bans on the horizon as sterilizations and forced abortions continue in minority areas.

Pandemic lockdowns. In the county of Anxin, under 100 miles from Beijing, 400,000 people are under a fresh lockdown after a burst of new coronavirus cases. Beijing’s previous small outbreak appears well under control. China continues to take strict measures against any potential recurrence, in contrast to the rampant epidemic in the United States.

Meanwhile, reports of a new flu strain with pandemic potential in China are largely speculative: While the strain exists in human’s close neighbors—pigs—virtually any flu strain has pandemic potential, and there’s nothing unusual about this one. Disease, however, is clearly very much on everyone’s minds.

U.S. media under scrutiny. Following the U.S. designation of another four Chinese media outlets as foreign agents last week, China has unsurprisingly targeted four U.S.-based outlets in China with new demands for funding and staff information: the AP, CBS, UPI, and NPR. Unlike the Chinese media outlets, none is controlled or owned by the U.S. government. Picking the four appears somewhat random, although AP’s coverage of Xinjiang has been extensive. Journalists haven’t been expelled yet, unlike in the last round of retaliations, but visa restrictions or expulsions are likely to come.

India bans Chinese apps. India has issued a comprehensive ban on 59 Chinese mobile apps after the deadly clash between troops in the Galwan Valley. The move appears rushed-through with little detail on implementation, though the Indian government has indicated that it will issue intellectual property blocks on the apps rather than just removing them from Indian app stores. The apps include TikTok, as well as Alibaba’s UC Browser, the most widely used in India. Alibaba estimates that it could lose up to $6 billion as a result.

China has criticized the move for violating World Trade Organization rules—with no apparent sense of irony, despite its own massive restrictions on the internet. It’s possible that the ban will be walked back in practice, but the trade war could also worsen. India is an major market for Chinese technology and the single biggest importer of Chinese goods, while China depends on India for some critical pharmaceuticals.

U.S. security limits. The U.S. Federal Communications Commission (FCC) has designated the Chinese suppliers ZTE and Huawei as official national security threats, the culmination of growing suspicions and barriers over the last few years. The move means that federal funds—the $8.3 billion a year Universal Service Fund—can no longer be used for the purchase or maintenance of ZTE or Huawei goods, effectively ending any U.S. government use of either firm.

Those limits were already largely in place, but the FCC had held off from a final designation. As the U.S.-China relationship spirals further, expect tighter limitations on any government body in the United States using Chinese equipment—limits that already apply in China itself against U.S. companies.

Business recovery. Chinese business indexes were up across the board in June, indicating renewed activity as the coronavirus appears under control in China itself and as European markets begin to recover. Exports and imports are still contracting, however, and economic activity remains below pre-coronavirus levels. Many of the worst impacts, especially on small businesses and the self-employed, remain largely hidden thanks to pressure on the Chinese press to cover only positive stories. 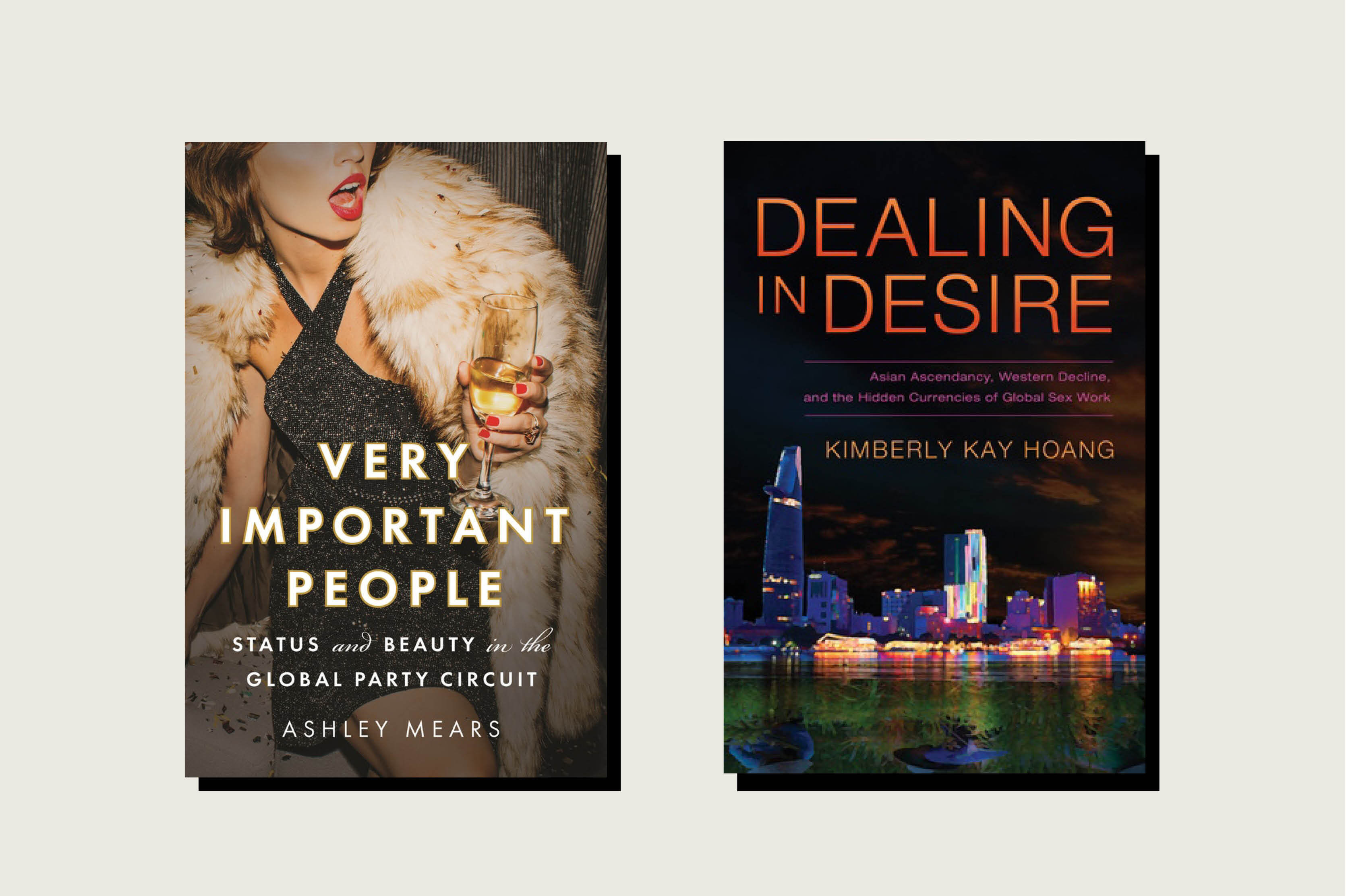 Ashley Mears, a professor of sociology at Boston University and a former fashion model, and Kimberly Kay Hoang, an anthropologist who worked at several Saigon hostess bars for her research, each offers a powerful take on the commercialization of women’s bodies in worlds run by men.

Mears’s book concentrates on the nightlife scene in New York, where idealized white women—between 18 and 25, and at least 5 feet, 9 inches tall—remain the strongest indicator of status for the ultra-rich and even Asian visitors such as the infamous Malaysian businessman Jho Low. Hoang, meanwhile, shows how China’s rise and the so-called Asian century have raised the perceived value of Asian women, even as they remain essentially seen as commodities by powerful men.