The world’s two biggest internet markets are in conflict, as New Delhi finds a new arena for its skirmishes with Beijing.

On Monday, India’s government announced it would block the use of 59 mobile apps because they were “engaged in activities … prejudicial to [the] sovereignty and integrity of India.” While New Delhi’s press release didn’t mention Beijing by name, the list of 59 apps—each run by Chinese companies—made clear that it was the intended target.

The blocked software includes the video-sharing app TikTok, which has been downloaded an estimated 600 million times in India; UC Browser, an internet browser that uses very little data and is popular among Indians using low-cost smartphones; and other well-known apps such as Shareit, Baidu, Weibo, and WeChat.

India cited section 69A of its Information Technology Act in its explanation for why it took action. But according to Indian law, it could have kept the decision confidential. Taking a public stand against China was the point. After last month’s deadly skirmish with Chinese troops, New Delhi has faced domestic pressure to come up with a robust response. Its options on trade were limited and potentially self-defeating, while military options were even more dangerous. China’s technological exports were a natural arena to turn to—and one in which India could actually impose some damage.

Monday’s decision is momentous on its own, but it will also likely spur tit-for-tat actions between the world’s two biggest internet markets in terms of users. It may even set a precedent for other countries looking to regulate or ban Chinese tech firms.

The impact on China. India is China’s biggest external market for apps such as TikTok and UC Browser. While India represents a relatively small source of revenue for Chinese apps, it is still its fastest growing major market. As Indians grow richer, average revenues per user will increase: India’s digital advertising market is expected to grow by 26 percent this year, CNN reports. New Delhi’s actions close off this market. There may be further action on other Chinese software and hardware, especially 5G products, as Indians become more aware of the potential security threats of Chinese technology.

The impact on India. New Delhi’s decision will hurt Indians, too. While the move will please the country’s jingoistic media and those calling for revenge after last month’s border skirmish, banning TikTok will hurt thousands of Indian content creators who depend on the Chinese app for their livelihoods. Even so, Indian companies such as Roposo, a local alternative to TikTok, may see a surge in interest and new users. Chrome is still the most popular browser app in India, and companies such as Google may also benefit from the blocking of UC Browser.

A new era of techno-nationalism? While the immediate impetus for India’s actions comes from the border clashes, the app ban itself is not that surprising given the broader trend of countries trying to safeguard their citizens’ data. As more Indians come online through cheap smartphones and low-cost data plans, personal data will become more valuable to tech firms and governments alike. Given how intertwined China’s biggest companies are with the state, it was only a matter of time before countries such as India imposed their own Great Firewalls.

If anything, India may have left it too long, given the inroads made by apps such as TikTok, and the fact that the most popular smartphone brands in India are not just companies such as Huawei and Xiaomi, but also less Chinese-sounding brands such as Oppo, Vivo, and OnePlus. (Vivo is the title sponsor of the popular Indian Premier League cricket series, a relationship that may well now be cut short before next year’s tournament.)

Coronavirus update. South Asia’s countries now have more than 1 million confirmed coronavirus cases between them. India, Pakistan, and Bangladesh are among the top 20 countries in the world with the most cases, in fourth, 12th, and 18th places respectively. As shown above, the region’s countries have been doubling their total cases between every 14 and 20 days. And with testing rates still low, aggressive contact-tracing is next to impossible. Nonetheless, the region is reopening for business, as leaders begin to accept that some form of herd immunity may be the only solution for people who depend on daily labor.

Dangerous monsoon flooding in Bangladesh. Thousands of hectares of farmland in Bangladesh lie submerged from floods triggered by monsoon rains. A disaster management official told Reuters that the crisis could worsen, with more than 200,000 people marooned and more rainfall expected this week. The crisis was exacerbated after the Brahmaputra River burst its banks in the neighboring Indian state of Assam last weekend, flooding thousands of villages in the area.

Russia’s Afghanistan “bountygate.” After revelations last weekend that U.S. President Donald Trump may have received intelligence showing that a Russian spy unit was paying the Taliban bounties to kill U.S. soldiers in Afghanistan, there has been fallout in Washington. While Trump says he was not actually briefed on this intelligence, a growing number of voices on Capitol Hill are calling for action. Democratic presidential candidate Joe Biden said Trump’s failure to act was a “dereliction of duty,” while Trump’s former National Security Advisor John Bolton said the news merited “a very serious response.”

It’s worth pointing out that that Russia’s involvement in Afghanistan should be no surprise. Russian night vision scopes have previously been found in Taliban hands, and U.S. commanders in the region have long admitted that Moscow was arming the Taliban. As Sajjan Gohel and Allison Bailey wrote for Foreign Policy this week, Russian President Vladimir Putin has worked to enhance ties with the Taliban for years, “with the purpose of expanding its strategic interests in Afghanistan. … Once NATO and U.S. forces leave, Russia will once again have an opportunity to step in.”

Turbulence ahead for PIA. Pakistan International Airlines (PIA) has been banned from operating in the European Union for the next six months. The decision came after Pakistan grounded 262 airline pilots from PIA and other domestic airlines with allegedly “dubious” licenses—a finding that emerged after an investigation into a deadly plane crash in Karachi last month.

Pakistan’s Prime Minister Imran Khan faced criticism this week for using the word “martyred” to describe the killing of a terrorist. Who was he referring to? 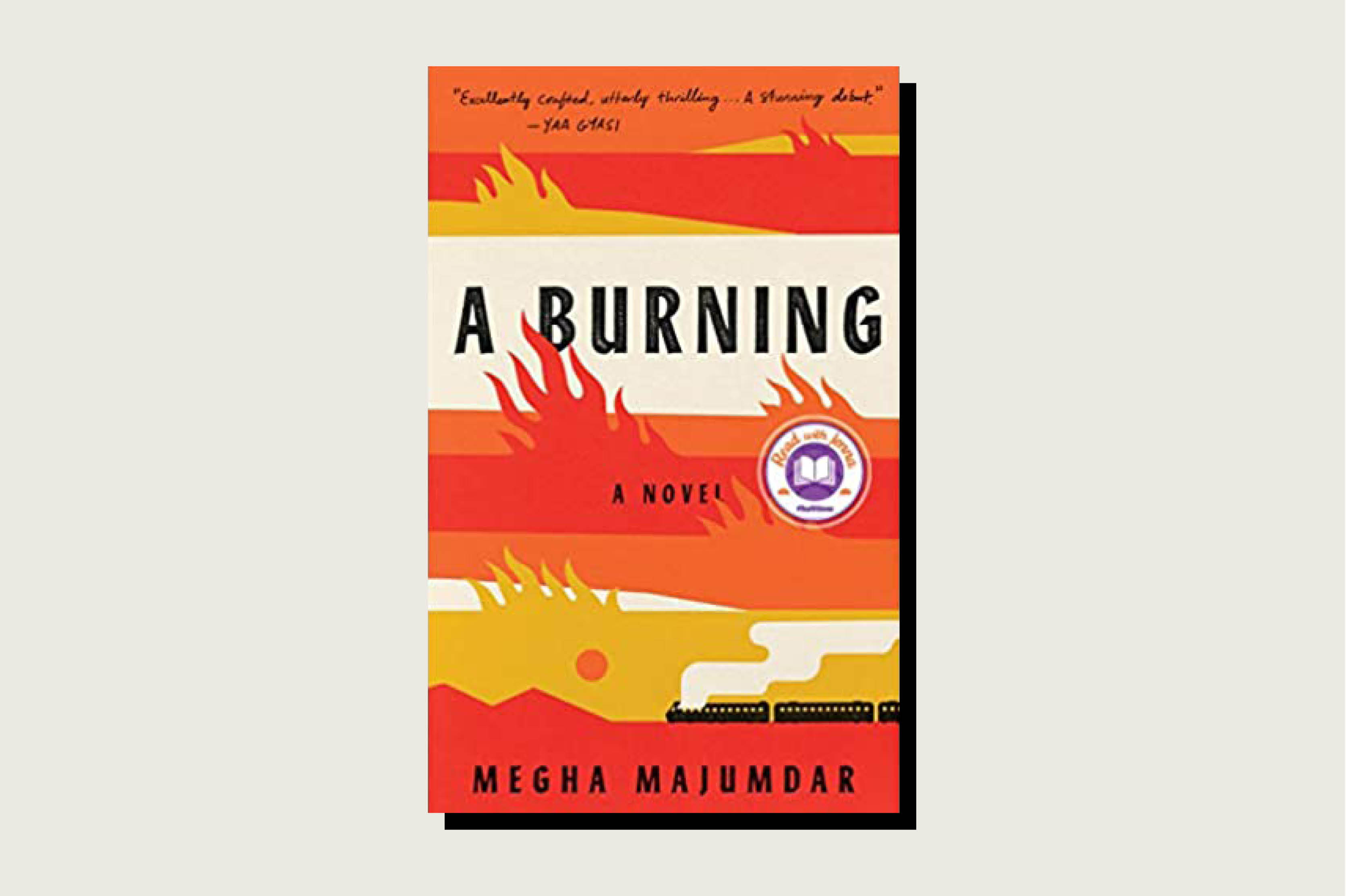 Megha Majumdar’s A Burning is one of the most talked-about novels this summer, and for good reason. As I wrote in a review of the book, Majumdar’s compelling, timely, and propulsive book “is soaring up the global bestseller lists thanks in part to its resonance with this summer of discontent and despair, a time when public trust in leadership and Big Tech is dwindling. One reason why A Burning should appeal to readers unfamiliar with India is that the novel is not just a critique of modern Indian society but a universal parable on inequality.”

The former al Qaeda leader was killed in a U.S. raid in Pakistan in 2011, a decade after he masterminded the 9/11 attacks. Discussing the U.S.-Pakistan relationship in a speech in parliament this week, Khan said, “I will never forget how we Pakistanis were embarrassed when the Americans came into Abbottabad and killed Osama bin Laden, martyred him.” Opposition leaders in parliament strongly objected to Khan’s remarks: One called bin Laden the “ultimate terrorist” who “destroyed” Pakistan.

NEW FOR SUBSCRIBERS: Want to read more on this topic or region? Click + to receive email alerts when new stories are published on Science and Technology, China, India, South Asia

The Middle East’s Conflicts Aren’t Done With the Emirates

The Middle East’s Conflicts Aren’t Done With the Emirates