The world just lost its leading historian of fascist ideology. The late historian Zeev Sternhell would have recognized the president’s lies as propaganda in the tradition of Mussolini.

On July 3, at Mount Rushmore, U.S. President Donald Trump warned about the threat of a novel fascism: “In our schools, our newsrooms, even our corporate boardrooms, there is a new far-left fascism that demands absolute allegiance. If you do not speak its language, perform its rituals, recite its mantras, and follow its commandments, then you will be censored, banished, blacklisted, persecuted, and punished. It’s not going to happen to us.”

As with the fascist leaders of the past, there was in Trump’s speech a contradiction between his words denouncing tyrannical invisible forces and his actual dictatorial leanings. In fact, Trump echoed a classic technique of past fascist leaders; fascists always deny what they are and ascribe their own features and their own totalitarian politics to their enemies.

Had he lived to see the speech, the late Israeli historian Zeev Sternhell would have no doubt recognized that Trump was perpetuating a lie that he’d spent his career discrediting. Sadly, a week before Trump’s tirade, the world lost Sternhell—its most important historian of fascism.

In recent years, there has been a resurgence of interest in fascism, which has become a clear and present danger across the globe rather than simply a historical problem. This is why Sternhell’s death should be not only a time of sorrow for the loss of a great mind and an engaged citizen but also an opportunity to learn from his life, during which he escaped fascism and then sought to explain it.

Born in Poland in 1935, Sternhell survived the Holocaust, but his mother and sister were killed by the Nazis. He escaped the Przemysl ghetto and disguised himself as a gentile—posing as an altar boy and eventually converted to Catholicism. Once the war was over, he immigrated to France in 1946 and then to Israel in 1951. He was a man of letters, a professor of political science at the Hebrew University of Jerusalem, as well as a soldier and a public intellectual.

These are times of confusion when the racist right depicts itself as democratic while falsely presenting fascism as an ideology of the left—as Trump did at Mount Rushmore and Brazil’s far-right president, Jair Bolsonaro, has done for years.

Sternhell refused a popular understanding that conflated fascism and communism. This not only banalized fascism but also distorted “the true nature of the European disaster of our century,” he wrote in the Journal of Political Ideologies in 2000. Adolf Hitler and Benito Mussolini destroyed democracy, and Sternhell recognized that today democracy stands vulnerable to the forces of the right due to their lies, ideologies, and violence. When democracy, truth, and history are under intense attack by propagandists who act out of the fascist playbook, Sternhell’s explanation of fascism is even more essential.

Sternhell knew fascists have always been on the extreme right. They emerged out of a long tradition of anti-Enlightenment thought that developed in reaction to the French and American revolutions and against the notion that universal values such as pluralism, equality, and freedom should be defended.

Fascism stands as the most radical outcome of this revolt against universal values. It was an anti-left and anti-liberal counterrevolution, and while it appropriated the vocabulary of the left—it bears remembering that the Nazi movement’s official name was the National Socialist German Workers’ Party—it put it at the service of right-wing domination and oppression.

Sternhell’s most original contribution was his argument that fascism had a long intellectual history and did not start with the economic, cultural, and political crises of the 1920s and 1930s. He wrote about this in pathbreaking works such as Neither Right nor Left: Fascist Ideology in France (1986); The Birth of Fascist Ideology (co-written with Mario Sznajder and Maia Asheri, 1994); and The Anti-Enlightenment Tradition (2009). 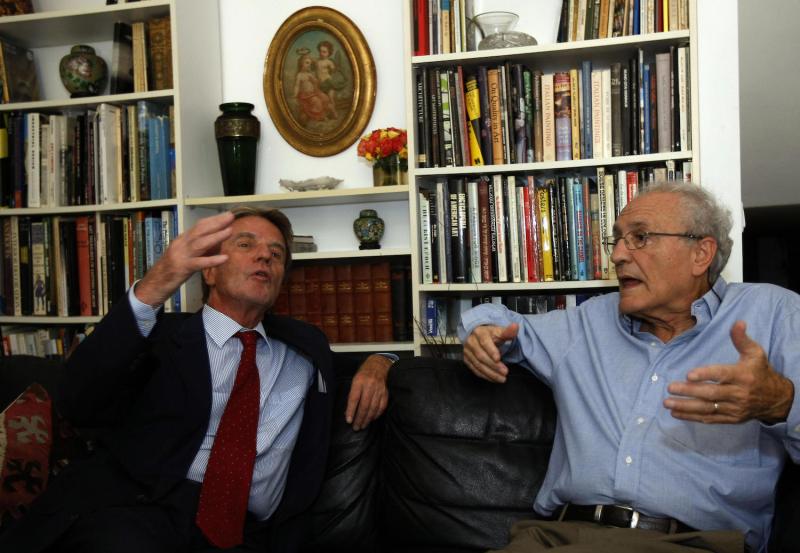 Fascism cannot be simply defined only by what it stood against: liberalism, Marxism, and democracy. Fascism had a vision of the world, which was “an alternative political, moral, and intellectual system,” he argued. For Sternhell, fascism always had two essential components: 1) a brand of anti-liberal and anti-bourgeois tribal nationalism based on social Darwinism and, often, biological determinism; and 2) a radical formerly leftist, anti-materialist revision of Marxism. Thus, fascism combined anti-rationalist thinkers like the French Catholic chauvinist Charles Maurras and Georges Sorel—a leftist anti-Marxist philosopher who proposed myth and violence as a road map for revolutionary politics—and reformulated nationalist and social themes in an extreme right-wing form.

To be sure, Sternhell’s model overemphasized French intellectual history. It also did not pay sufficient attention to how fascist movements spread chaos, violence, and political unrest or the role of leadership cults in fascist regimes. As an intellectual historian, he stressed ideas as the origin of all politics. But from his attention to ideas came his most important insight: Fascism was first and foremost an idea of politics, violence, and domination.

If the left sought rights for all, fascism wanted no rights for people who were ethnically or racially distinct or who behaved or thought differently. In other words, fascists attacked political and ethnic minorities in the name of the nation and the sacred.

Sternhell did not see fascism as a French or European creation but as a global form of politics. For him, fascism transcended the old reactionary right by mixing it up with leftist themes to produce a new racist and nationalist approach to social, economic, and political problems—an approach to politics that has reemerged today from Europe to Brazil to the United States.

In Sternhell’s formulation, fascism was “neither right nor left” in the traditional sense but rather an extreme right-wing appropriation of both. If the left sought rights for all, fascism wanted no rights for people who were ethnically or racially distinct or who behaved or thought differently. In other words, fascists attacked political and ethnic minorities in the name of the nation and the sacred. Indeed, when the Nazis talked about their social concerns, they had in mind a racist society with a sort of social equality among the members of the master race. And that is why Sternhell saw so many resonances of the past in our present.

In recent years, Sternhell did not shy away from using the F-word to point out parallels between past fascist regimes and the far-right leaders of the present. He called these links by their proper name.

Using history to understand the present, fascism is a concept that frames authoritarian leaders who today reconnect populism with key elements of Hitler’s rule: the glorification of violence and the militarization of politics; racism and discrimination; and a propaganda technique that follows on the tradition of the Nazi propaganda chief Joseph Goebbels. Leaders like Trump in the United States, Bolsonaro in Brazil, Narendra Modi in India, and Viktor Orban in Hungary are helping to take contemporary far-right populism back to its fascist roots.

Sternhell even saw ominous signs in Israel. A founder of Peace Now who also considered himself a Zionist, Sternhell saw the foundation of Israel as the product of a problematic bargain where religion and exclusionary nationalism had an underserved place. These anti-Enlightenment traditions did not, in his view, belong in an egalitarian secular state. As Sternhell argued in Foreign Policy last year, Israeli Prime Minister Benjamin Netanyahu’s love for the xenophobic European far-right created a collaboration with a “Trojan horse” that sought to destroy Israel’s democratic values.

Sternhell was a vocal critic of the post-1967 settlements in Palestinian lands, and in 2008 he was the victim of a terrorist attack by an extreme right-wing U.S.-born settler. A pipe bomb was planted outside his home in Jerusalem, but this attempt to silence him did not succeed; Sternhell publicly warned in the Israeli newspaper Haaretz in 2014 that “Israeli democracy has become increasingly eroded.”

Sternhell lived and escaped from the hell of the Holocaust and dedicated his life to study the ideology behind its horrors. He also supported younger scholars and looked to the next generation. He once wrote to me, “I am happy to see that the history of research is a history of Progress. The young generation … is improving on the work of its elders.”

It is impossible to understand Hitler’s rise in the 1930s, Bolsonaro’s popularity in Brazil, or Trump’s recent strategy of lies and polarization without reading Sternhell’s books on fascism.

At Mount Rushmore, Trump argued that “the radical ideology attacking our country advances under the banner of social justice. But in truth, it would demolish both justice and society. It would transform justice into an instrument of division and vengeance, and it would turn our free and inclusive society into a place of repression, domination, and exclusion.”

Trump’s own sense of emergency and claims of an imminent threat to the nation—as he narrowly conceives of it—represent the closest he has ever come to a fascist form of argumentation. Contrary to what he proclaimed at Mount Rushmore, it is Trump who is constantly undermining democracy and inclusion—and his nativist populism is anchored in the fascist past.

As students, citizens, and readers, we need the Sternhells of the world to shine a light on these connections between past and present—because we are living in a time when human rights, secularism and democracy are under attack.

Federico Finchelstein is Professor of History at the New School for Social Research and Eugene Lang College. He is the author of From Fascism to Populism in History and A Brief History of Fascist Lies. Twitter: @FinchelsteinF