To win in November, Democrats must avoid being lured into Trump’s culture war. 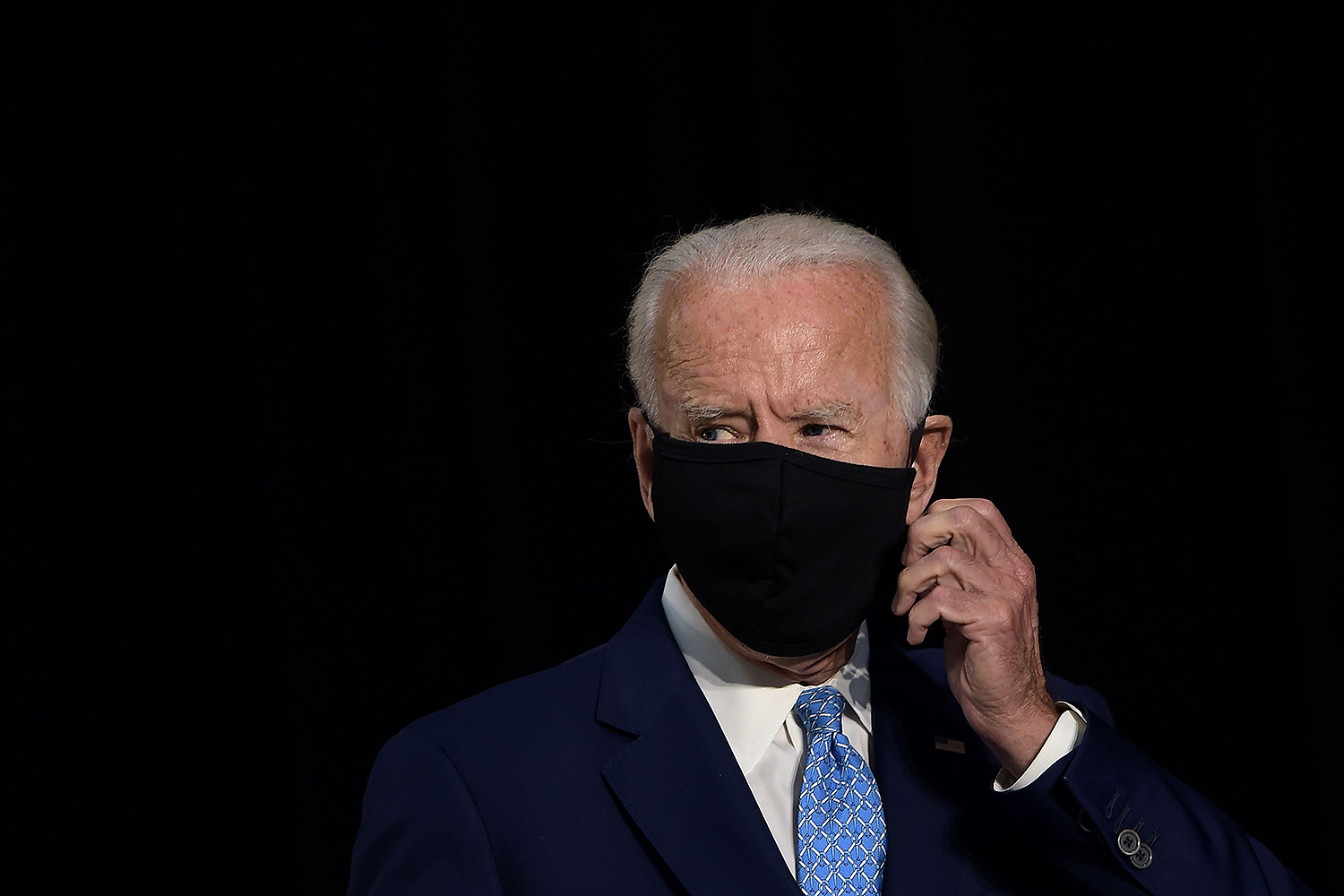 Democratic presidential candidate Joe Biden puts on his mask as he prepares to leave after speaking about the coronavirus pandemic and the economy in Wilmington, Delaware, on June 30. BRENDAN SMIALOWSKI/AFP via Getty Images

It’s only July, but Joe Biden is already starting to coast.

Judging from the polls, the presumptive Democratic nominee is so far ahead that experts are already comparing President Donald Trump to doomed incumbents of the past like Jimmy Carter, who was trounced by Ronald Reagan in 1980. At a moment of twin national crises—the coronavirus and racial turmoil—Trump’s performance has been nothing short of disastrous, by many accounts, harshly dividing the country at the very moment it needs a message of unity and amply demonstrating that he has no larger interest in mind than his own reelection.

And that’s what some Republicans are saying about him. “He hasn’t been equal to the multiple crises,” Reagan’s former speechwriter, Peggy Noonan, wrote in the Wall Street Journal recently. “And everyone kind of knows.” With the economy still dragging from coronavirus lockdowns—and the pandemic possibly resurgent—Trump is behind by double digits in every major national survey. He is also losing in every major swing state, and the latest Gallup poll from June 8-30 has his approval rating steady at a nearly Carter-esque 38 percent. “This election is looking more like a Democratic tsunami than simply a Blue wave,” Amy Walter of the Cook Political Report wrote Wednesday.

But banking on negative feelings about Trump is a familiar danger zone for Democrats—he’s so bad that they will automatically be seen as good, they believe—and they have a hard time learning their lessons. Complacency is their biggest pitfall: Just ask Hillary Clinton. Whatever Trump is not in terms of presidential performance, he has proved over and over his Machiavellian talent for prodding Democratic weak spots, just as he did so effectively against his Republican rivals in the 2016 primaries.

Trump is already hard at work on that strategy. Consider his Independence Day speech at Mount Rushmore last Friday, in which he denounced protesters’ defacing of statues and demands to tear down other monuments to the country’s past. In the speech, Trump targeted what he called “a merciless campaign to wipe out our history, defame our heroes, erase our values, and indoctrinate our children.” So-called cancel culture, Trump said, “is the very definition of totalitarianism, and it is completely alien to our culture and our values. … Make no mistake: This left-wing cultural revolution is designed to overthrow the American Revolution.” 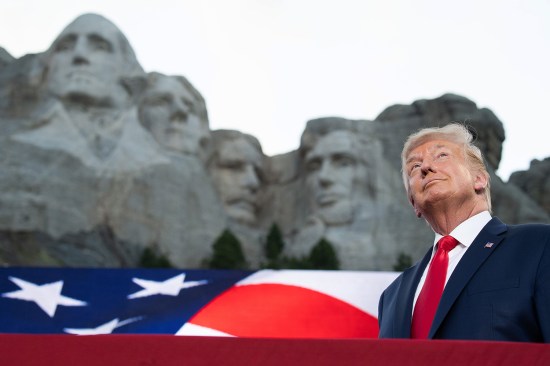 Democratic Sen. Tammy Duckworth, a leading candidate to become Biden’s vice presidential pick, quickly took the bait and played right into Trump’s hands by criticizing him for spending “all his time talking about dead traitors.” She was referring to Trump’s defense of Confederate statues and military bases named after Confederate generals, but she also appeared to question the legitimacy of the Mount Rushmore monument—with its carved faces of George Washington, Thomas Jefferson, Theodore Roosevelt, and Abraham Lincoln—because it “was standing on ground stolen from Native Americans.” The conservative National Review magazine, which has often harshly criticized Trump, leapt to his defense. “At Mount Rushmore, Trump made a speech about the Revolution, not about the Confederacy,” online editor Charles Cooke wrote, adding that “what Trump actually said is exactly what we should want American presidents to say.”

Indeed, Trump did spend most of his speech praising Lincoln, Washington, and other major figures, and he did not mention Confederates (though he has repeatedly said their statues should not be taken down and that he would veto a congressional bill renaming military bases honoring Confederate generals). The clash swiftly escalated when the Trump campaign attacked Duckworth, a Thai American combat veteran who lost both her legs in Iraq, saying in a statement that she was “using her military service to deflect from her support for the left-wing campaign to villainize America’s founding.”

By this week, Trump was openly declaring, “We are in a culture war.” The president is plainly desperate to ensure that the Democrats continue to be dogged by the “left-wing” label—a fate many in the party thought they’d escaped when they dispatched Bernie Sanders in the primaries earlier this year. Though Biden himself has been careful to distinguish between popular anger against Confederate statues and the treatment of monuments to the Founding Fathers, he was drawn into the fight as well, saying the attacks on Duckworth were a “reflection of the depravity of what’s going on in the White House right now.” But on Monday, the Fox News analyst Brit Hume suggested that the Democrats’ overreaction to Trump’s Mount Rushmore speech “could be a turning point” for the president if he “has the good sense to respond to it effectively.”

Indeed, Trump may be exploiting very real new fears among mainstream voters over the spread of “cancel culture” and whether leftist zealotry is still infecting the Democratic Party. On Tuesday, Harper’s Magazine published an open letter signed by some of the president’s most vociferous liberal critics that took on the same issue, although what Trump had described as left-wing totalitarianism they called “ideological conformity.” The prominent intellectuals and writers who signed the letter—among them Gloria Steinem, Salman Rushdie, Malcolm Gladwell, and Noam Chomsky—said that even as “[p]owerful protests for racial and social justice are leading to overdue demands for police reform, along with wider calls for greater equality and inclusion across our society,” the movement may also be promoting intolerance through the excesses of political correctness. “The forces of illiberalism are gaining strength throughout the world and have a powerful ally in Donald Trump, who represents a real threat to democracy,” the letter said. “But resistance must not be allowed to harden into its own brand of dogma or coercion—which right-wing demagogues are already exploiting.” 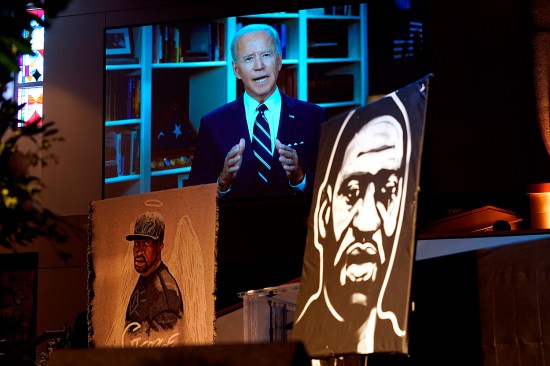 Biden speaks via video as family and guests attend the funeral service for George Floyd at the Fountain of Praise church in Houston on June 9. Floyd was killed while in police custody in May, sparking global protests. DAVID J. PHILLIP/POOL/AFP via Getty Images

Some political pros believe Trump is already too associated with the far-right to win such a culture war. “I think Trump’s speech and war against the new America, his equating the ‘Black Lives’ protesters with radicals seeking to destroy the country, and his battle for heroes of the Confederacy are of a piece. He is speaking to the white nationalists, and everybody knows it,” said Stanley Greenberg, a prominent Democratic pollster who was critical of Clinton’s 2016 campaign. Greenberg added that Biden was playing the political race—and the issue of race—correctly for now. “I see little risk here. Trump’s defining the boundaries of the culture war, and Biden’s main focus only reinforces the current leads” in the polls.

But Trump is defining the 2020 electoral agenda in other ways. He has ramped up his isolationist and Sinophobic rhetoric—which is meeting less dissent thanks to the pandemic—and accused his rival of being soft on Beijing. As he is doing with the culture war, Trump is forcing Biden to respond to his lead, rather than merely reacting to his challenger’s attacks. A year ago, the former vice president was dismissing China as a strategic threat; more recently, Biden has threatened new economic sanctions against Beijing if he is elected president, calling its security law imposed on Hong Kong a “death blow.”

Adding to Biden’s challenges, voters already know what Trump stands for—and what he’s going to run on for the next four months. What Biden actually promises (beyond getting rid of Trump) is much less clear. On Thursday, he made a start by releasing a new $700 billion “Buy American” recovery plan, but it wasn’t easy to distinguish Biden’s ideas from president’s own brand of economic nationalism—and the program fell short of his hints in recent months that he would abandon his moderation and seek to emulate Franklin D. Roosevelt’s New Deal. Beyond that, Biden is still relying on his long and distinguished history of government service to mark him out as a competent steward. The problem is that Clinton, Biden’s Democratic predecessor, also tried to coast into the White House on her long record; Barack Obama once called her the most qualified presidential candidate in history. But when she proved to be an incompetent campaigner whose only coherent message was “Don’t vote for him,” that record wasn’t enough to save her. That shouldn’t have been surprising; presidential candidates rarely win elections without a clear, positive campaign message of their own.

Asked whether Biden might be in danger of falling into the same trap as Clinton, several Democratic strategists pooh-poohed the idea. “The fundamental problem for Trump is he’s no longer a challenger, he’s an incumbent,” Neera Tanden, the president of the Center for American Progress, wrote in an email. “He has to own the problems.” She added: “Biden has plenty of policies. But that is not what the race is over. The race is about what kind of country we are going to be. Biden has a coherent message. He’s a decent man who will heal divisions. That is an anti-Trump message. But it’s also positive. Biden has an asset. He’s hard to hate. It’s the perfect foil.” 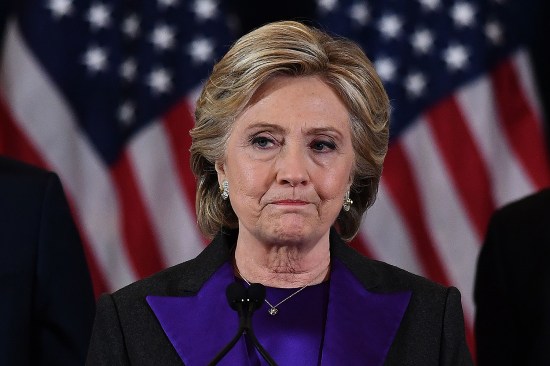 Perhaps, but many leading pundits also badly underestimated Trump’s appeal in 2016. In late June—before Trump’s Mount Rushmore speech—the Washington Post columnist Matt Bai argued that even as Trump won the presidency, most Americans “soundly rejected Trump’s anti-immigrant agenda and anti-inclusive message.” Bai dismissed the idea that “Trump has some kind of magnetic, undetected hold on wide swaths of the American electorate.” Echoing Clinton’s disastrous dismissal of Trump supporters as “deplorables,” Bai belittled Trump as “a fringe figure preaching to a loud minority that can’t fill an arena in Oklahoma.”

But if Bai and others may be repeating the left’s mistakes from 2016, a lot has changed since then. Trump’s continuing appeal to racism, for example, has become virtually impossible to ignore; he has even called the Black Lives Matter movement a “symbol of hate.” A recent New York Times/Siena College poll found that Trump’s standing among his core white voters was slipping in battleground states and that, despite the president’s rhetoric, a majority of Americans now support Black Lives Matter by a 28-point margin. As for Trump’s other focus—isolationism—few American elections have been won on foreign policy, and U.S. voters today are more inward-focused than ever.

Meanwhile, Biden’s support among Black voters—the same voters who rescued his primary campaign—is growing. Clinton performed poorly with this group. But Trump’s white nationalism and Biden’s steady outreach to Black voters mean that an energized African American base might make the difference in November. But Biden can’t take for granted that he’ll enjoy a boost from a large Black turnout in the general election. Among other missteps, the then-senator’s sponsorship of a harsh 1994 criminal justice law continues to turn off some African American voters.

All this poses real dangers for a candidate who has often acted as his own worst enemy. Biden has put his foot in his mouth many times before and can be expected to do so again before November. Four months is a long time in the chaotic, polarized, crisis-strewn world Trump has helped build. So now is no time for complacency.

The COVID-19 crisis could lead to a modern-day New Deal—but only if Democrats have the courage to replace failed economic policies with radical reforms.