The U.S. president’s comments are part of a badly coordinated attempt to shape the dominant debate of the 2020 election.

Welcome to Foreign Policy’s China Brief. The highlights this week: U.S. President Donald Trump delivers an incoherent speech amid rising tensions with China, why the South China Sea could be the next flash point, and the implications of the national security law in Hong Kong grow worse.

Welcome to Foreign Policy’s China Brief. The highlights this week: U.S. President Donald Trump delivers an incoherent speech amid rising tensions with China, why the South China Sea could be the next flash point, and the implications of the national security law in Hong Kong grow worse.

In a strange, rambling public appearance at the White House on Tuesday, nominally on the U.S.-China conflict and the situation in Hong Kong, U.S. President Donald Trump repeated numerous falsehoods before launching into a wide-ranging attack on the presumptive Democratic nominee Joe Biden. Amid the Trump administration’s failures in responding to the coronavirus pandemic, it is now engaging in a badly coordinated attempt to turn China into the main 2020 election issue. The efforts contradict Trump’s frequent praise of Chinese President Xi Jinping and his alleged appeal to China to help him in the election.

Among Trump’s claims: that China had been “flatlining for years” before joining the World Trade Organization in 2001, although China’s annual GDP growth between 1980 and 2001 was often in double digits; that the United States had never been granted “most favored trading nation status,” seemingly confusing a WTO category and the designations used by the United States itself for partners; and that “hundreds of billions of dollars were taken out of the United States Treasury in order to rebuild China.”

The incoherent speech came after a week of rising tensions between the United States and China. The Trump administration has derecognized Hong Kong as a separate territory, imposed visa bans on some Chinese tech workers, and officially opposed China’s sweeping claims in the South China Sea. (Trump has held off on targeting individual Chinese officials.) The most consequential changes to the relationship between the world’s two foremost powers in five decades are taking place under Trump’s leadership.

What is Beijing’s perspective? The Chinese leadership holds two dangerous and somewhat contradictory ideas about the United States. The first is that Washington is unfairly hostile to Beijing, seeking to crush Chinese economic hopes and failing to recognize its rights as a natural leader in the region. The second is that the United States is a failing, decadent power with corrupt leaders who cannot stand up to Chinese determination. These ideas aren’t new: They echo the convictions that led the Japanese to Pearl Harbor.

Trump’s swing between crawling personal appeals to Xi and bellicose rhetoric, detached from any reality on the ground, reinforces both ideas. It makes the Chinese leadership more convinced that the United States is its natural enemy and that they can win in a long-term conflict with a nation led by someone like Trump.

South China Sea positions. The United States has dispatched two aircraft carriers—likely to be backed by British support—to the South China Sea, increasing the possibility of a regional flash point. It has also declared its formal alignment against China’s disputed claims for the first time, saying that it would use “all tools” to oppose them. In the last decade, China has made significant gains in the South China Sea, building a formidable infrastructure of artificial islands to act as bases while strengthening its naval militia. It is also increasingly aggressive in challenging rival claimants, including stalking Vietnamese oil ships and clashing with fishing boats.

The U.S. move is long overdue, but it’s also risky: Xi stakes considerable credibility on the South China Sea claims, and there’s no likelihood of Beijing backing down. The pressure on Chinese officials and military personnel to demonstrate their nationalist enthusiasm is growing, increasing the chance of serious conflict similar to the deadly clash on the Indian border.

No haven in Hong Kong. The implications of the new national security law in Hong Kong are growing. The democratic parties’ primaries on July 11 and 12 were threatened by claims that voting may breach the law, and numerous leaders are seeking refugee status overseas. Hong Kong leader Carrie Lam has declared the act of voting against government legislation potentially illegal. Trump’s derecognition of the city’s special status will likely have sharp economic consequences, though those may be hard to distinguish from the impact of the pandemic. Everything seems set for future explosive protests as Hong Kongers struggle to defend their freedoms.

Meanwhile, Hong Kong was once seen as a relatively safe haven for journalists, but the veteran New York Times reporter Chris Buckley was kicked out of the city due to a refusal to renew his visa after a similar expulsion from the mainland earlier this year. In response, the Times is shifting part of its long-established Asia hub in Hong Kong to Seoul. The security law is also likely to be used to persecute Hong Kongers working for foreign media outlets.

Massive flooding in Southern China. Floods in Southern China are a recurring threat, but they are worse than ever this year—with some 38 million people evacuated and at least 141 dead. Rainfall has been double than the predicted amount in many places, threatening millions of lives and numerous important cultural sites. Thousands of soldiers have been dispatched to help shore up defenses against the rising tides. Water control has been a preoccupation for every Chinese ruler, and it will only worsen with climate change. China’s worst-known flooding, in 1931, killed over 2 million people.

The U.K. bans Huawei. After years of resisting U.S. pressure, Britain made a remarkable turn this week, as Prime Minister Boris Johnson officially banned Huawei from the United Kingdom’s 5G networks. The full implementation of the move won’t be completed until 2027—by which time 6G could be an issue—but China has reacted fiercely, condemning the action as “groundless.” Substantial parts of the British Conservative Party always opposed allowing the Chinese tech giant Huawei to work on Britain’s next-generation cellular infrastructure, but the determination to forge post-Brexit trade links previously overwhelmed other concerns.

But the pandemic and the new national security law in Hong Kong sunk the U.K. and China’s so-called golden era. The United States has tightened its own restrictions, slapping visa bans on Huawei employees in a statement that called the company “an arm of the Chinese state.”

Student relief. The Trump administration has been forced to back off its self-destructive attempt to expel foreign university students with online-only classes next semester, thanks to legal action by Harvard University and the Massachusetts Institute of Technology that caused a rapid retreat. But the number of new Chinese students, financially critical for many U.S. schools, is likely to be close to zero thanks to travel bans, Chinese parents’ fears of the pandemic, and spiraling hostilities.

The loss of Chinese students is only one of the horsemen of the financial apocalypse for U.S. universities this year, but it has long been predicted: The University of Illinois even took out insurance against the possibility two years ago. Few others were that far-sighted, despite numerous warnings.

The trade deal is still dead. China Brief called time on the U.S.-China trade deal months ago, but hopes have remained for its resurrection. Trump spoke against continuing to seek a deal last weekend, blaming China for not stopping the pandemic—words reinforced in interviews on Tuesday. But China is at least attempting to stick to phase one of the deal, making record-setting corn purchases in an attempt to live up to its obligations. 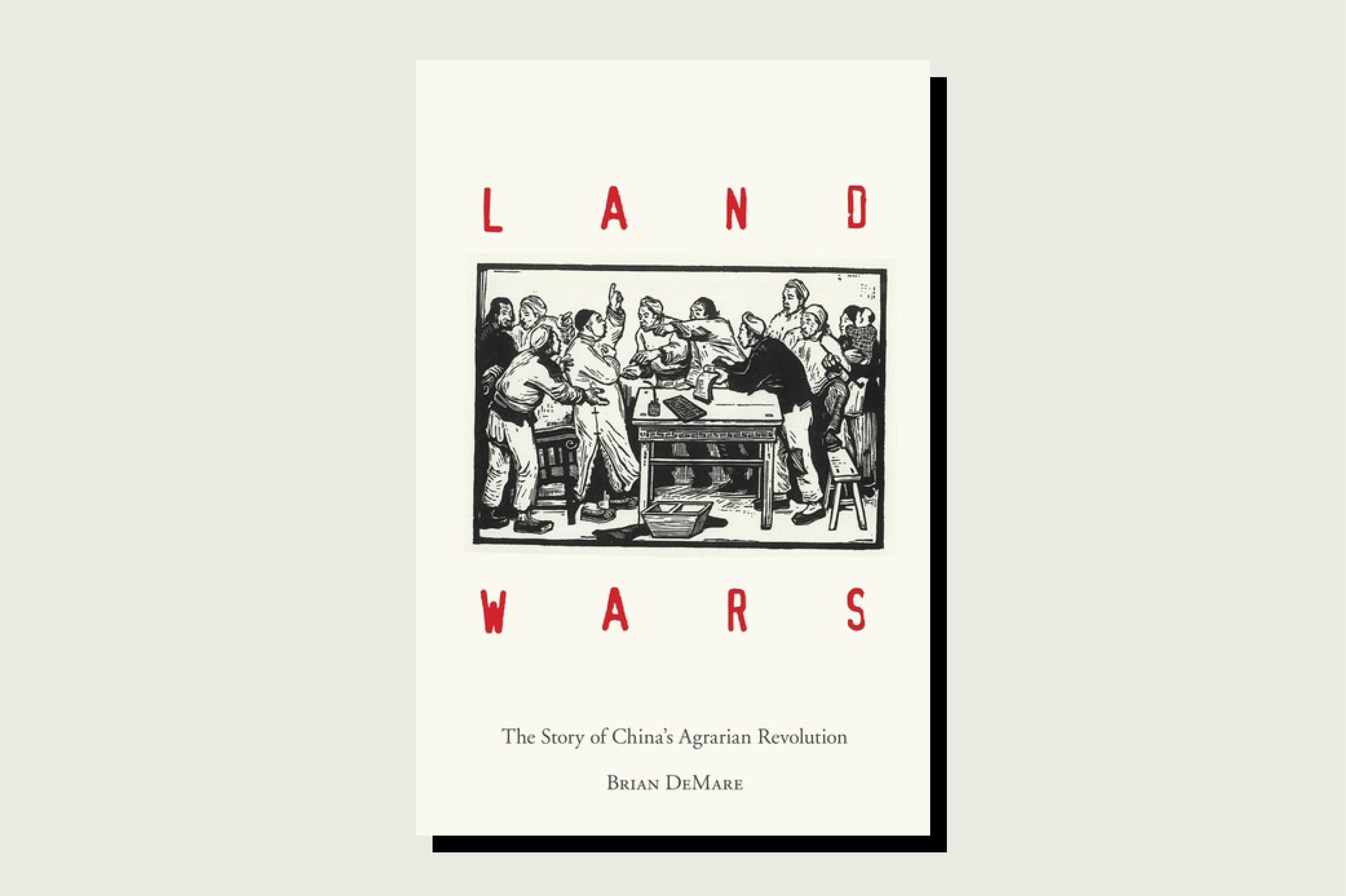 Amid the glittering spires and high-tech oppression of Xi’s China, the country’s fundamental reliance on its large agrarian sector can often go unnoticed. There have been several critical works on Chinese agriculture and politics in recent years. The latest is the historian Brian DeMare’s examination of how land reform became the locus of violent contention in the early People’s Republic of China. That history laid the groundwork for future violent political struggles. It also led the way for a country that had struggled with starvation for years to eventually be able to reliably feed itself for the first time in centuries.