Kamala Harris and Joe Biden align closely on foreign-policy views, but Susan Rice has by far the most direct experience in U.S. foreign-policy making.

As Democratic presidential candidate Joe Biden mulls his choice of running mate, his own history as then-Sen. Barack Obama’s pick for vice president looms large. Then, the choice stemmed in part from Biden’s years of experience on the Senate Foreign Relations Committee, filling a foreign-affairs gap in Obama’s resume.

Biden as U.S. vice president was in many ways the culmination of decades of growing foreign-policy influence for what had previously been largely a figurehead role—underscoring the importance in the modern executive branch of a vice president who can help shape America’s relations with the world. Other vice presidents who played an outsized foreign-policy role were Richard Nixon (under Dwight D. Eisenhower), George H.W. Bush (under Ronald Reagan), and Dick Cheney (under George W. Bush).

But with Biden heading the ticket, there isn’t quite the same need for the No. 2 to be strong on foreign policy. This time, his position as an older, white establishment man could be his biggest weakness—thus his promise to choose a woman as his running mate to address that shortcoming.

But since U.S. foreign policy has largely been defined by men, it’s unlikely any potential vice presidential candidate would have anything like Biden’s foreign-policy resume when he was chosen. Only three women—Madeleine Albright, Condoleezza Rice, and Hillary Clinton—have ever been secretary of state. No woman has headed the Pentagon. No woman has ever chaired the Senate Foreign Relations Committee, and only one—former Republican Rep. Ileana Ros-Lehtinen—has chaired the House Foreign Affairs Committee.

With that in mind, here’s where each potential vice presidential pick stands on foreign policy. 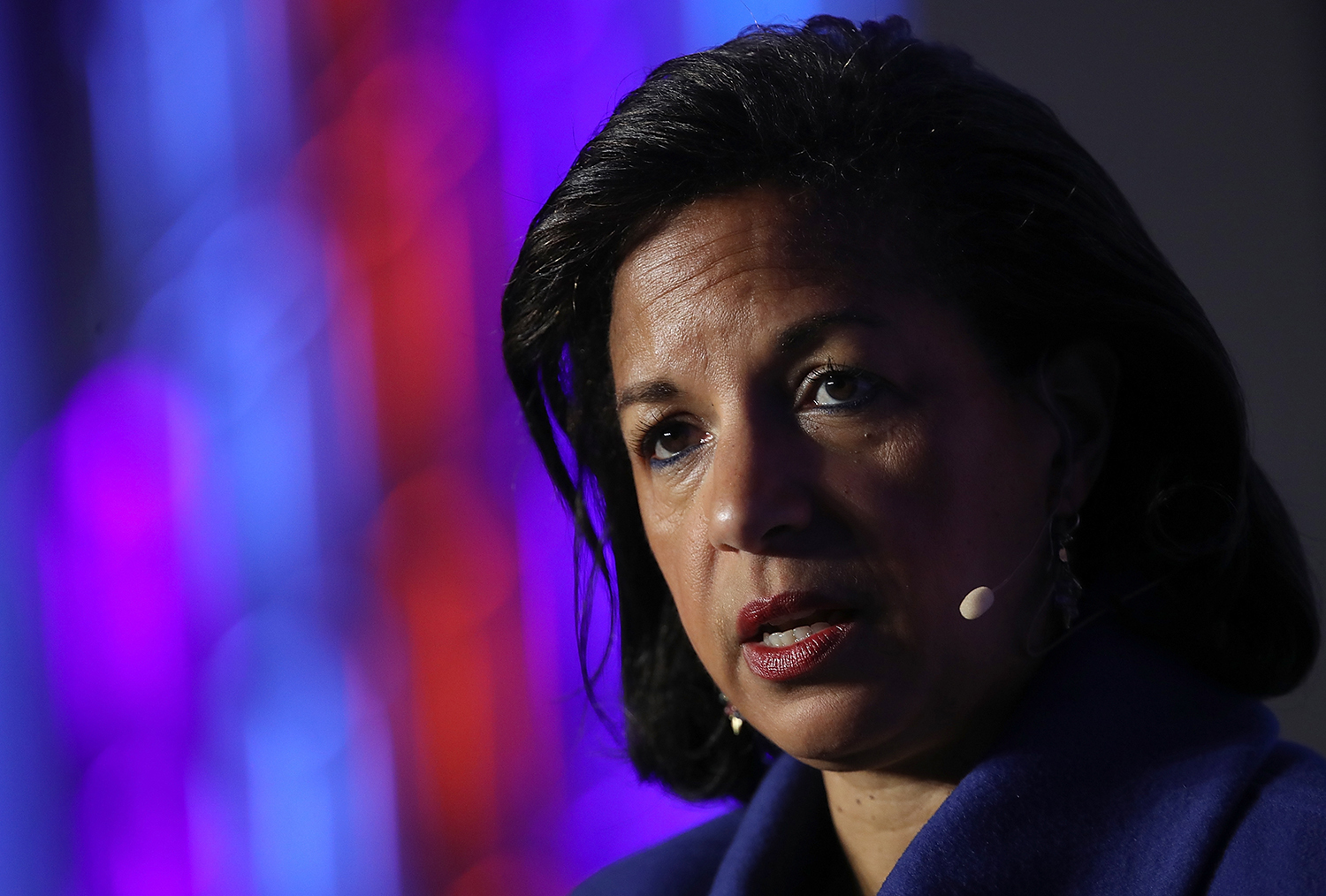 Of all the possible Biden picks, Rice can comfortably claim the most foreign-policy experience in a career that includes stints as the U.S. ambassador to the United Nations and as U.S. national security advisor, both under Obama. Unlike the other candidates under consideration, Rice has never held elected office.

Her track record has both positive and negative implications for her vice presidential chances. Her work in the Obama administration brought her close to Biden, with whom she appears to have a warm relationship—she describes him as her “favorite unannounced visitor” during her time in the White House—and the two would likely forge a foreign-policy consensus. But she faced plenty of criticism earlier in her career for her handling of the Rwanda genocide during the Clinton administration, and there was plenty of griping later over her management of the National Security Council under Obama.

One other potential vulnerability looms for Rice: Benghazi. Republicans have already threatened to resuscitate their criticisms over Rice’s role as the early face of the administration in responding to the deadly 2012 attacks in Libya that killed a U.S. ambassador and three others.

The Risks of Susan Rice

If Biden picks Obama’s national security advisor as his running mate, Benghazi would hardly be her biggest vulnerability. 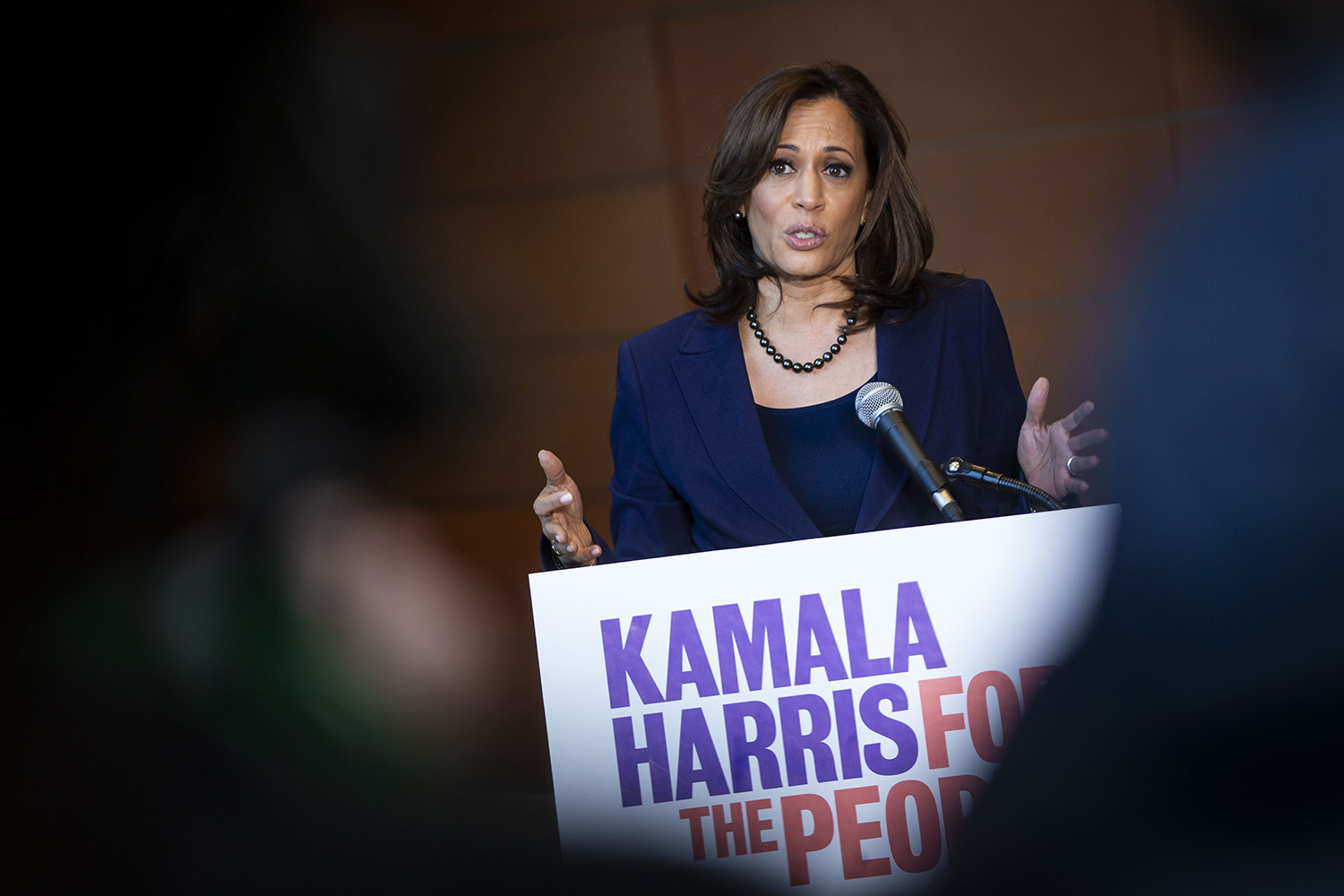 U.S. Sen. Kamala Harris speaks to reporters after announcing her candidacy for president at Howard University in Washington on Jan. 21, 2019. Al Drago/Getty Images

Still in her first term as the junior U.S. senator from California, Harris has mainly focused on domestic law enforcement—most prominently as the California attorney general.

Like many congressional Democrats, Harris sees Russia as one of the biggest foreign-policy issues, and she has repeatedly highlighted Kremlin-backed interference in the 2016 U.S. presidential election and warned of more to come in 2020.

Considered one of the most likely choices in a tight field (though she faces growing pushback from some Biden allies), Harris doesn’t diverge from Biden on any major Democratic foreign-policy priorities. She wants a U.S. return to the Iran nuclear deal, is unequivocal in her support for Israel, and is broadly supportive of U.S. alliances, including NATO. 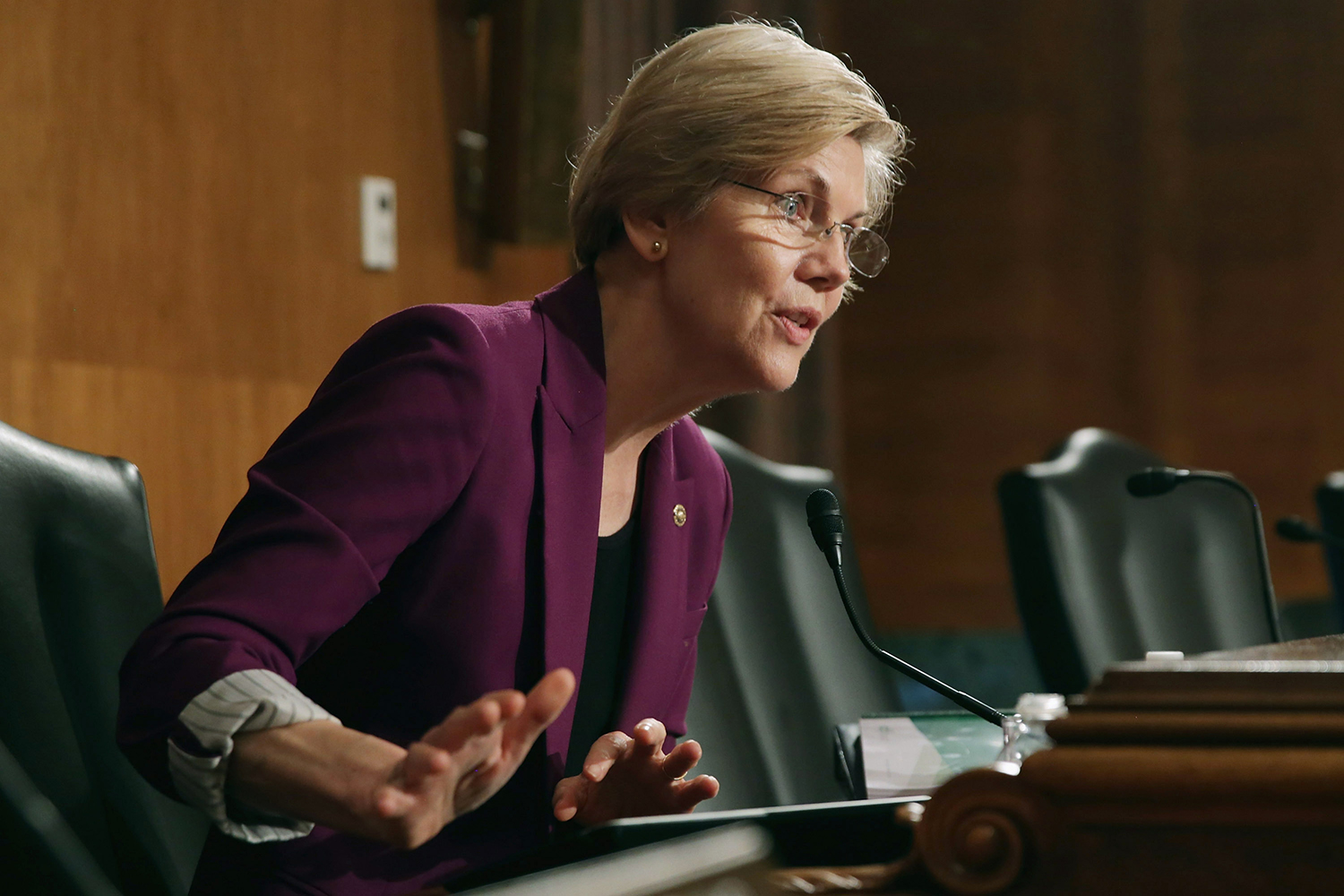 In her second term as the senior U.S. senator from Massachusetts, Warren, too, has mostly focused on domestic issues, namely consumer protection and banking regulation.

Outspoken in her distaste for the cozy relationship between U.S. defense contractors and the Pentagon, her stance could be at odds with Biden, who tends to steer clear of the structural underpinnings of U.S. foreign-policy. She has called for an audit of the Pentagon, calling its budget “too large for too long.”

She has also been more direct in her criticism of China, outlining the corruption inherent in the Chinese Communist Party’s power structure and calling for U.S. leadership on Hong Kong in October 2019, before the recent escalation in Beijing’s dominance of the city.

Another clear difference between herself and Biden is on Israel aid. Last October, she told a conference hosted by J Street, a progressive Israel policy group, “If Israel’s government continues with steps to formally annex the West Bank, the U.S. should make clear that none of our aid should be used to support annexation.” Biden addressed the same conference and never raised the issue of conditionality on the $3.8 billion in annual military aid to Israel.

Choosing Warren would be seen as an olive branch if not to a younger base (voters under 40 years old overwhelmingly chose Sen. Bernie Sanders over Warren in the presidential primary) then at least to one branch of the Democratic Party’s progressive wing. 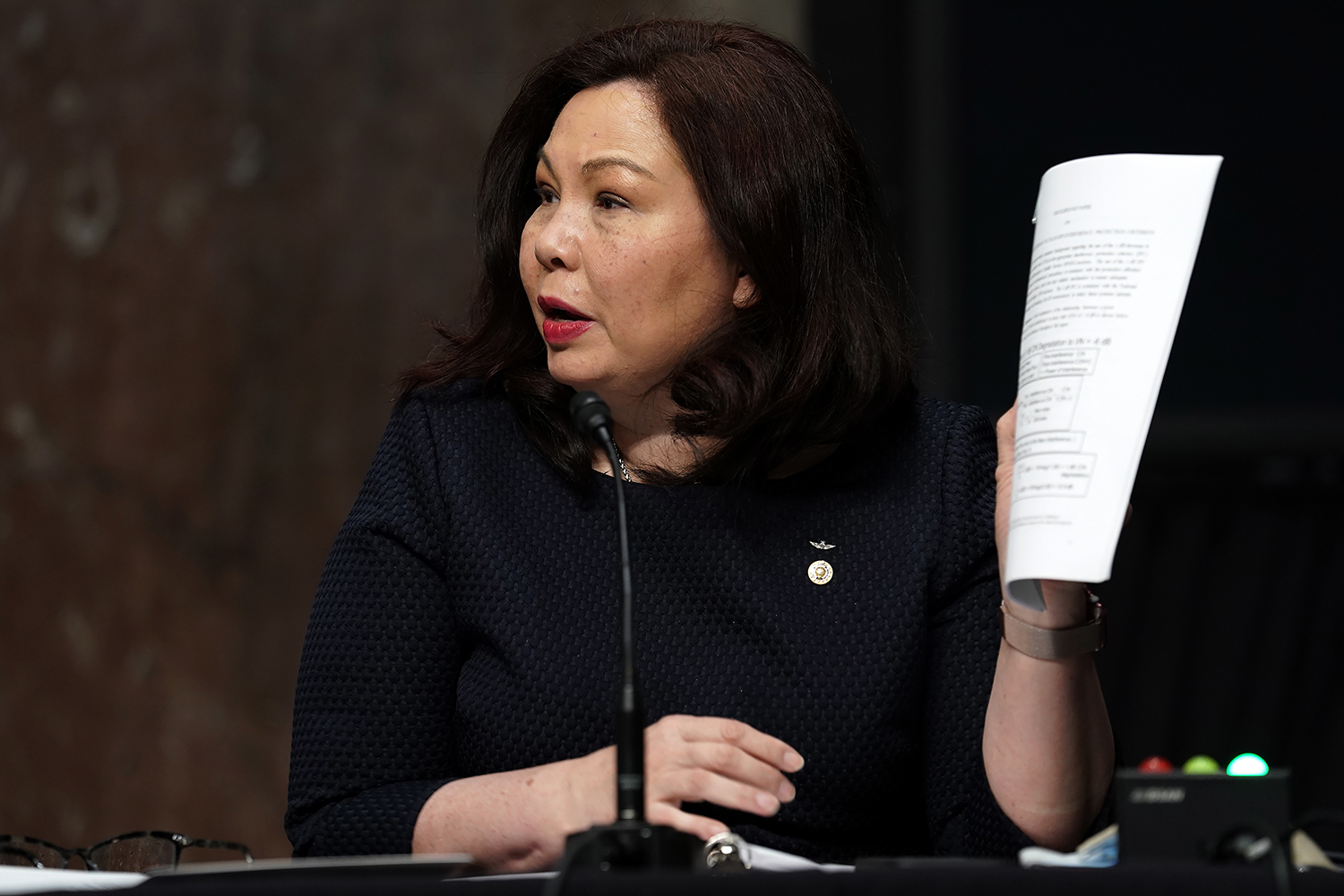 A former U.S. combat veteran who fought in the Iraq War, Duckworth can lay claim to the most direct experience of any of the elected officials under consideration by Biden. She also has more personal experience of the world outside the United States than any other possible pick: Duckworth was born in Bangkok and spent seven years of her childhood in Indonesia.

As a U.S. senator from Illinois, Duckworth serves on the Senate Armed Services Committee and is known as a fierce supporter of U.S. veterans. In contrast to Warren, she recently voted against an amendment to the 2021 National Defense Authorization Act that would cut the Pentagon budget by 10 percent.

Most recently, Duckworth has become one of the leading critics of the Trump administration’s tepid response to reports of Russian bounties on U.S. soldiers in Afghanistan, pushing the Pentagon to fully investigate what U.S. President Donald Trump dismisses as “fake news.” 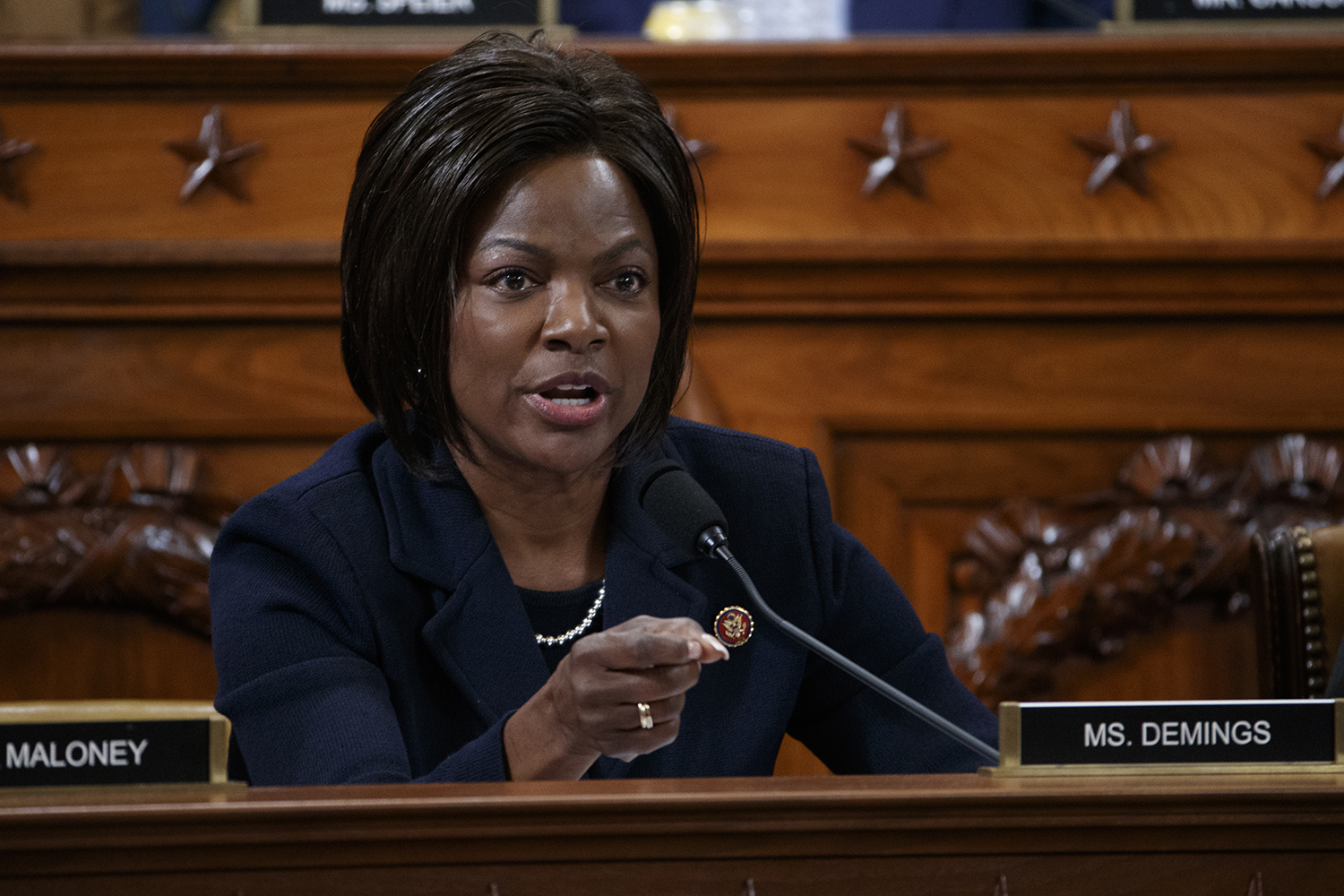 Elected to the House of Representatives in 2017, Demings has done little to highlight any foreign-policy positions that would diverge from the Democratic Party orthodoxy. She serves on the House Committee on Homeland Security and is the vice chair of the House Judiciary Subcommittee on Crime, Terrorism, Homeland Security, and Investigations.

Demings was absent from the Homeland Security Committee’s most overtly foreign-policy-focused hearing, on U.S. tensions with Iran following the killing of Iranian Gen. Qassem Suleimani, although it’s possible her role as a manager in the Trump impeachment trial took priority.

She is best known for leading the Orlando Police Department from 2007 to 2011, a position she earned after working her way up from her initial role as a beat cop.

The Risks of Susan Rice

If Biden picks Obama’s national security advisor as his running mate, Benghazi would hardly be her biggest vulnerability.