The confused U.S. policy over the Chinese-owned app exemplifies the challenges of decoupling in a globalized world.

Welcome to Foreign Policy’s China Brief. The highlights this week: The future is in flux for TikTok after Trump’s threat to ban the video-sharing app, a rare firsthand account emerges from a detention center in Xinjiang, and the Chinese leadership goes on retreat in Beidaihe.

Days after U.S. President Donald Trump announced—seemingly impromptu—that he planned to ban TikTok, owned by the Chinese firm ByteDance, the fate of the popular video-sharing app in the United States remains in flux. While it would be possible to place restrictions on ByteDance or possibly to directly force it to divest from the United States, banning an app outright is legally difficult in the United States.

An acquisition of TikTok by Microsoft now seems to be going ahead with Trump’s blessing—although he suggested, in true protection racket style, that Microsoft should pay a percentage of the sale to the U.S. Treasury. The Trump administration followed up Wednesday with the announcement of a wide-ranging but unclear Clean Networks program aimed at strengthening U.S. internet security and explicitly targeting China.

TikTok exemplifies the challenges of decoupling in a globalized era. U.S. worries about Chinese misuse of user data are justified, given the startling amount of information the app collects. But fears of influence campaigns are more nebulous, though some data suggests that TikTok bolsters pro-Chinese videos and censors others. Analysts worry that fixating on a single app may distract from a much wider spectrum of threats.

Even if Microsoft acquires TikTok, stripping away the Western component of the app from the rest of the world will be a logistical nightmare—and fears of backdoors allowing Chinese state access will continue. As Nina Palmer argues in Foreign Policy, a coerced sale may actually cause greater retaliation from China than a direct ban. Beijing reacted vehemently to the move, describing it as a “smash and grab.” Direct retaliation against U.S. firms may well follow, with forced divestments likely.

Topping off another bad week for China-U.S. relations, the Trump administration announced that U.S. Health and Human Services Secretary Alex Azar would visit Taiwan on an unspecified date, becoming the highest-ranking U.S. official to visit the nation in decades. The visit will prompt the usual tantrums from Beijing, but it makes sense given Taiwan’s record success against the coronavirus. Taiwan is in a fraught position: While it has stronger support in Washington than ever, the possibility of Chinese invasion is also higher than at any point in decades.

Uighur testimony. The detained Uighur model Merdan Ghappar has managed to send a rare dispatch from directly inside Xinjiang’s carceral system. Ghappar served 16 months in prison in 2018 for allegedly selling five grams of marijuana and was then forcibly sent back to Xinjiang from Guangdong, where he worked as a model for online stores, in January 2020.

Ghappar was able to retrieve and hide his phone while in detention, sending a series of messages and videos to family that were recently published by the BBC and others. Ghappar’s messages end around Feb. 29. He describes conditions of horrifying neglect and cruelty, including overcrowding at the height of the pandemic, beatings, and the torture of elderly prisoners.

The ongoing atrocities in Xinjiang have recently received new attention in Europe, after new footage emerged and in part thanks to a rise in anti-China sentiment due to COVID-19. Celebrities such as the Swedish singer Zara Larsson are reassessing the moral and reputational costs of association with Chinese firms. On the U.S. side, the NBA has shuttered its training academy in Xinjiang, where an investigation found rampant abuse and anti-Uighur racism.

Summer leadership vacation. Chinese President Xi Jinping and other top leaders are likely to vanish from public view in the next few days for the annual retreat at Beidaihe, a seaside town where the Chinese Communist Party (CCP) leadership engages in a combination of vacation and Machiavellian plotting. The retreat has often provided a chance for retired leaders to shape the party’s direction, but with Xi’s seeming ascent to absolute power, their role has been reduced.

But any opportunity for a significant number of power brokers to physically spend time together is also an opportunity to plot. If the whispers of discontent with Xi’s leadership ever coalesce into action, it will be after one such event.

Blast memories. The horrifying destruction in Beirut is bringing back memories of the 2015 blast that killed at least 173 people and caused $9 billion in damage in the port of Tianjin, northern China. As in Beirut, the Tianjin explosion came from a fire in a stockpile of ammonium nitrate—but the sprawl of the city meant that the disaster was far less devastating, since it mostly hit warehouses rather than residential neighborhoods, despite the lives lost.

As looks likely in Beirut, endemic corruption and lack of regulation caused the Tianjin blast. While a few officials were prosecuted as a result, the censorship that follows Chinese disasters prevented any wider discussions of the problems behind it. Some Chinese posters this week raised the issue of how censorship prevented global sympathy for Tianjin; their posts were deleted.

Electricity usage soars. China’s state electric grid saw net profits plunge by 81 percent in the first half of this year—though, due to its monopoly, that still meant $811 million in profits. The figures were reported by Caixin on the same day, Aug. 5, as electricity usage saw an all-time high, driven mostly by boiling hot temperatures causing people to turn their air conditioning up. Electricity usage is often a convenient proxy for economic activity in China, thanks to unreliable official GDP statistics.

Apple court battle. A $1.4 billion lawsuit against Apple for alleged patent infringement is going ahead in China after favorable court rulings in June. The suit, filed by the Shanghai firm Xiao-I, alleges that the U.S. giant used patented technology to build the voice assistant Siri. Apple, which is heavily invested in China, is often a punching bag for nationalistic feelings. Given that China’s courts are an appendage of the CCP, potential future rulings may be more influenced by U.S.-China tensions than actual facts.

More app bans. India’s bans on Chinese apps continue to grow, with Xiaomi’s Mi Browser among the latest thrown on the pile, along with the search engine Baidu and Weibo—neither of which was particularly popular among Indian users. The additions seem to reflect a combination of performative nationalism on the Indian side and the growing realization of just how many apps in the Indian market have Chinese roots.

Indian officials hoping for a domestic boost are likely to be disappointed as users turn to virtual private networks or American alternatives. 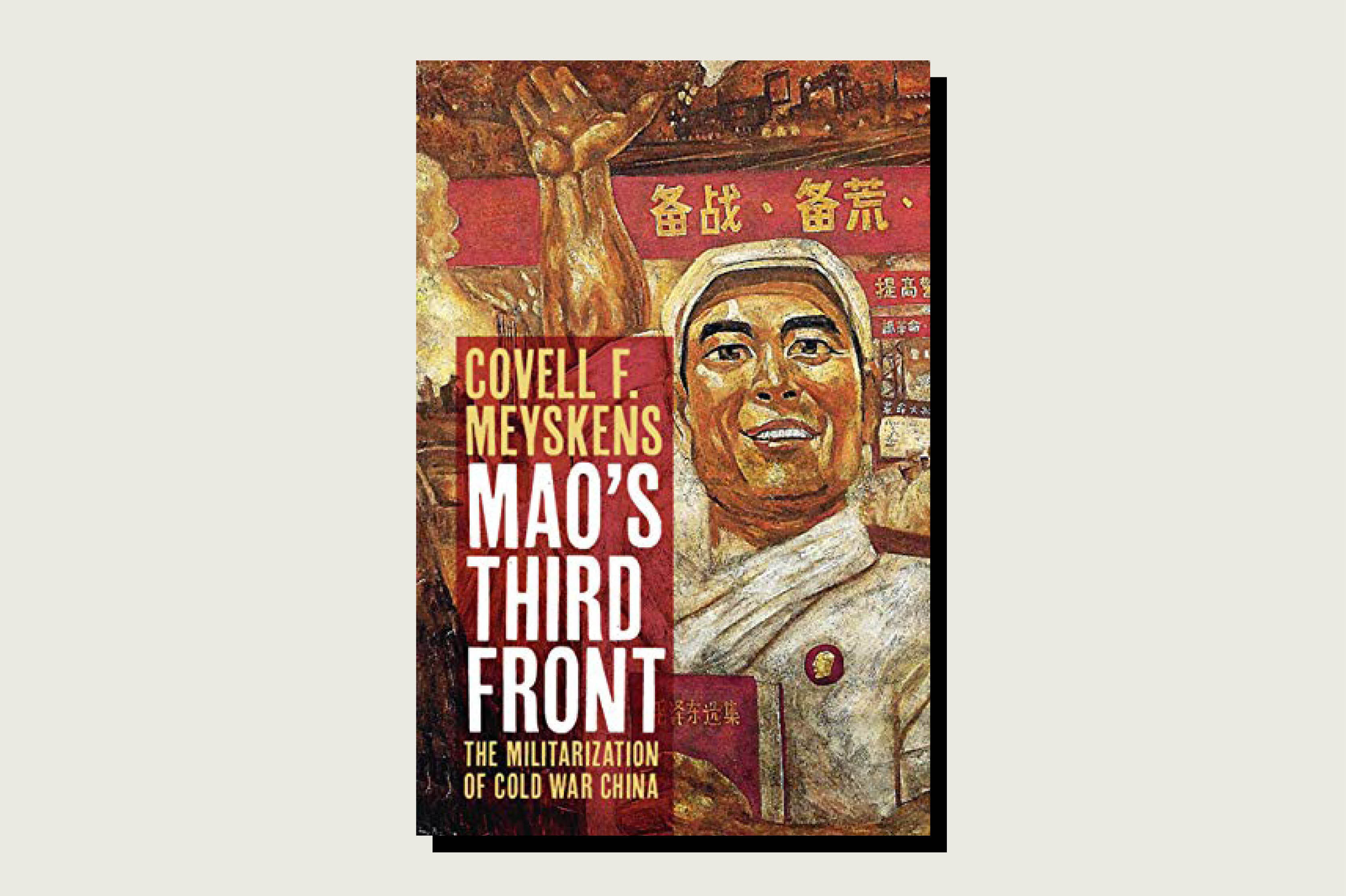 In 1964, China began a massive program of military industrialization in anticipation of a future war with either the Soviet Union or the United States. The “third front” referred to the interior of the country—which, like Siberia for the Soviet Union during World War II, was safely away from potential front lines.

Covell Meyskens skillfully charts the impact and scope of the project, which was hidden from the outside world despite mobilizing 15 million people. Like most Chinese government-backed programs, inefficiency, corruption, and waste were rampant—but some factories still operating today have their roots in the program.