What Kamala Harris Tells Us About Gender, Race, U.S. Leadership, and Trouncing Trump

Democrats weigh in on a Biden-Harris ticket.

Foreign Policy went to its stable of experts and asked three Democrats with extensive experience in policy and politics to weigh in on a Biden-Harris ticket. Here are their takes on what the decision tells us about gender and race in the United States, the Democrats’ ability to put the heat on Trump in the campaign, and the chances of reestablishing U.S. leadership in a world that has fundamentally changed in the last four years. 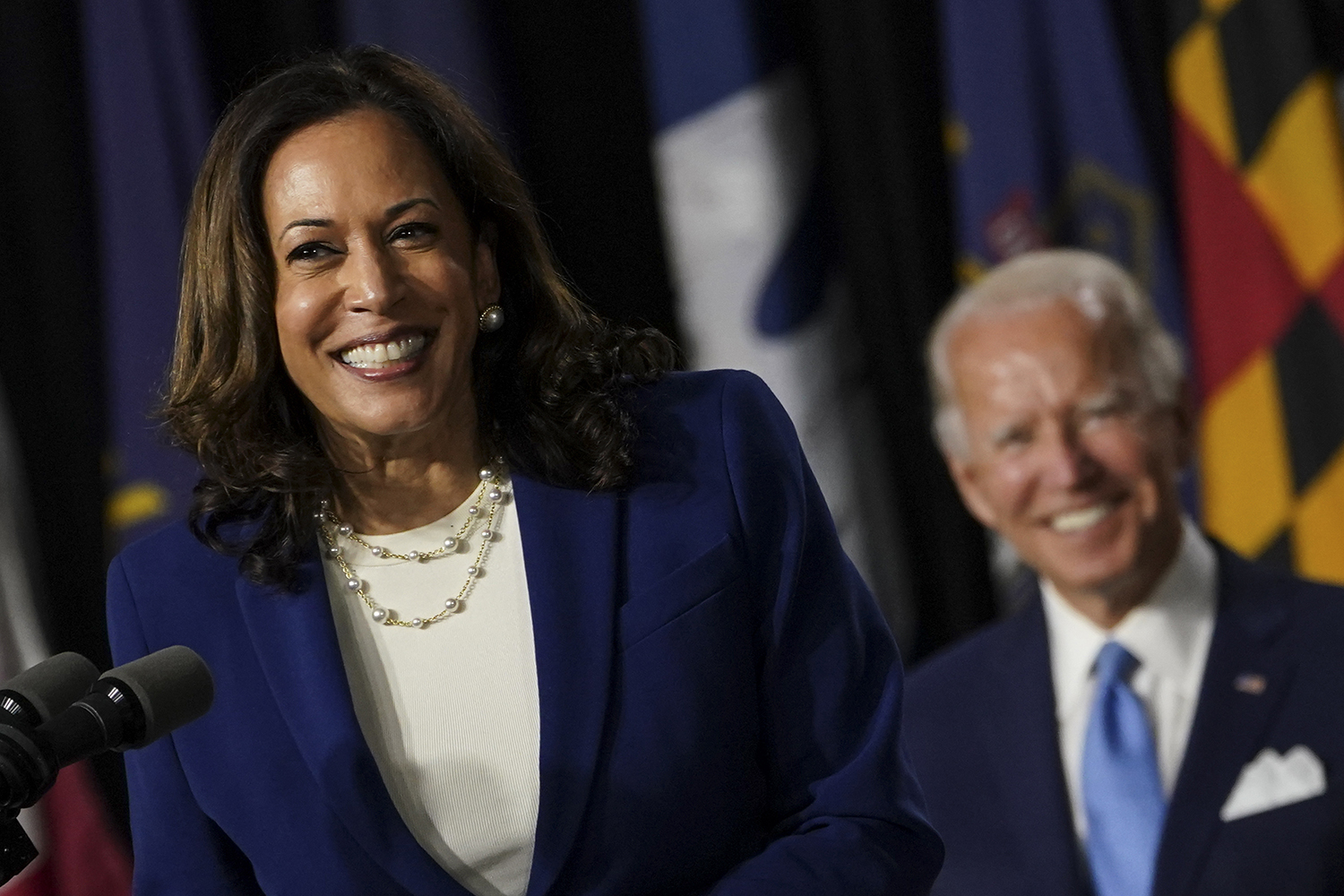 Foreign Policy went to its stable of experts and asked three Democrats with extensive experience in policy and politics to weigh in on a Biden-Harris ticket. Here are their takes on what the decision tells us about gender and race in the United States, the Democrats’ ability to put the heat on Trump in the campaign, and the chances of reestablishing U.S. leadership in a world that has fundamentally changed in the last four years.

Harris Is Making History, But It’s Only a First Step To Gender Parity and Racial Justice

Californians were not surprised that Joe Biden picked Kamala Harris to be his running mate. Whether as state attorney general or U.S. senator, she has won hearts and minds in this vast, diverse state with the fifth-largest economy in the world. She may not have had federal executive experience, but she has led in a state more populous than many countries. At each step of her career, she’s demonstrated her strengths of grit, brilliance, and compassion.

When Biden announced that he would pick a woman to be his running mate, it narrowed his options but plenty remained. As Los Angeles Mayor Eric Garcetti tweeted, the search committee of which he was a part vetted a number of women ready to lead the country. That makes it all the more frustrating that the U.S. national security establishment remains so male and so white. At the best of times, around 30 percent of top posts in the State Department are filled by women—with women of color few and far between—and these are not the best of times. Representation in the Department of Defense and in the military is even lower.
At each step of her career, Harris has demonstrated her strengths of grit, brilliance, and compassion.

In the wake of the #MeToo movement and racial justice demonstrations, the lack of gender, racial, and other kinds of diversity in the foreign-policy world is garnering more attention, with a spate of articles telling hair-raising tales of sexism and racism and official reports detailing the statistics.

Groups such as Women of Color Advancing Peace and Security, Diversity in National Security, Out in National Security, the Leadership Council for Women in National Security (LCWINS, a bipartisan organization I co-founded), and others have been established to advocate for change. Research shows that diverse groups make better decisions, so these efforts are as much about improving the quality of national security policymaking as they are about fairness.

Biden and Harris—the latter when she was a candidate for president—took the LCWINS pledge to strive for gender parity in all senior national security appointments. Choosing Harris is a great first step to fulfilling that commitment.  Biden has promised to go further if elected, and perhaps he will appoint women to other positions they have never had, such as secretary of defense, treasury, and veterans affairs. The first two have never been held by a person of color, either.

Though an important step, senior appointments will not be enough to overcome decades of inequality. What I have learned in politics is that to achieve gender parity and racial equity, Biden and Harris will need to implement a system of metrics, reporting, and accountability. Cabinet secretaries should have to answer personally for progress or the lack thereof in their departments.

Biden and Harris are already making history. Together they may have a chance to make even more by making U.S. diplomats and officers better reflect the country they represent.

Harris Makes the Contrast to Trump All the Greater

But Harris, a former prosecutor and California attorney general, will help Biden draw those contrasts not only because of who she is but because she possesses what Liam Neeson’s character in Taken once described as a “very particular set of skills.” Trump’s failing administration needs to be held to account for its malfeasance—if not outright corruption—and no candidate for Biden’s ticket would have been better placed to do so than the woman who made Attorney General Bill Barr and Supreme Court justice candidate Brett Kavanaugh look wildly unprepared and not altogether transparent during withering Congressional questioning. Some progressives may not be entirely comfortable with a vice presidential nominee with a background in law enforcement, but a stronger argument can be made that such a background is exactly what the Biden ticket needs as it runs against an administration which does not exactly prioritize respect for truth and the rule of law. As a member of the Senate Intelligence and Homeland Security Committees, Harris is also well placed to underscore Trump’s outrageous failure to protect the security of U.S. elections.

Harris will also help reinforce contrasts with Trump on the international front, where Biden has pledged to restore values, alliances, support for democracy, and U.S. leadership as pillars of U.S. foreign policy. As a candidate for president, Harris noted that the greatest U.S. foreign policy accomplishment since World War II had been “the post-war community of international institutions, laws, and democratic nations we helped to build,” and rightly criticized Trump for “inflicting further damage to U.S. credibility by disregarding diplomacy, withdrawing from international agreements and institutions, shunning our allies, siding with dictatorships over democracies, and elevating sheer incompetence in his decision-making processes.” I, for one, can’t wait to hear her join Biden in making that case against an administration that has left the United States weaker and less respected all over the world.

Message to Moscow and Beijing: This Election Will Be a Knife Fight

There are miles to go until the vote and before a winner can be declared. But the selection of Harris as former Vice President Joe Biden’s running mate makes it clear that the Democratic ticket will be much more than an anybody-but-Trump presidential candidate—it will be a balanced and powerful duo with serious foreign and domestic policy chops. Moscow and Beijing are already getting the message that this team believes in everything they don’t, and that this election will be a knife fight in which their state-sponsored hackers and trolls will be out of their league.

If the November vote brings Biden and Harris to the White House, there will be no time for the dust to settle. Their administration will have to swing for the fences even before the last float passes the inaugural reviewing stand—or whatever ceremony will be safe to hold by then. The Biden-Harris team handling foreign policy will inherit a terrain very different from what the Democrats handed off to Donald Trump in 2017. The world has changed dramatically in four years as countries made fundamental changes to their relationship with the United States in order to avoid being targeted by the current president and his band of sycophants, and to hedge their bets about where the United States is heading. While most allies will welcome the United States back into the international family, it will no longer be as the patron, but as a partner among equals. Its partners may be relieved if and when America is back, but they are also wiser now that they know how easy it is for the United States to walk away.

The presumptive Democratic nominee was one of the most impactful vice presidents ever.

Picking Kamala Harris as his running mate underscores that Joe Biden is not looking for extra heft on foreign policy—but he’s reaching out with several firsts.

The media often underplays the fact that Biden’s vice presidential pick has an Indian mother. Her heritage could play a crucial role in U.S. foreign policy.

Washington Is Oblivious to the Importance of Saudi Reforms

The kingdom’s transformation has huge implications for the United States and Middle East.

U.S. Midterm Results Are a Net Plus for National Security

As Trumpism deflates, internationalist Republicans will press the Biden administration on China, defense, and trade.