Most residents don’t have money for repairs, making them vulnerable to corruption schemes.

BEIRUT—When Lebanon set about reconstructing Beirut after 15 years of civil war from 1975 to 1990, the result was a bonanza for government officials and their friends. Contracts went to cronies, aid money disappeared, and patronage networks thrived.

Now, as the government ponders what to do about a port area devastated by a huge blast earlier this month, many Lebanese are worried the cycle of corruption will spin yet again on its well-oiled axis—robbing residents of their homes.

Nowhere does the concern run more deeply than in the neighborhoods around the port, where almost 200 people died and thousands of homes were destroyed or damaged in the explosion of improperly stored ammonium nitrate.

“The government isn’t helping, it doesn’t even exist, but I guarantee they will try to take over our land, our destroyed houses,” said Vasken Mamoriyan, whose century-old family home, with its high and ornate ceilings, was damaged so badly in the Aug. 4 blast that it’s now marked for destruction.

“It’s not the first time this is happening,” he said. 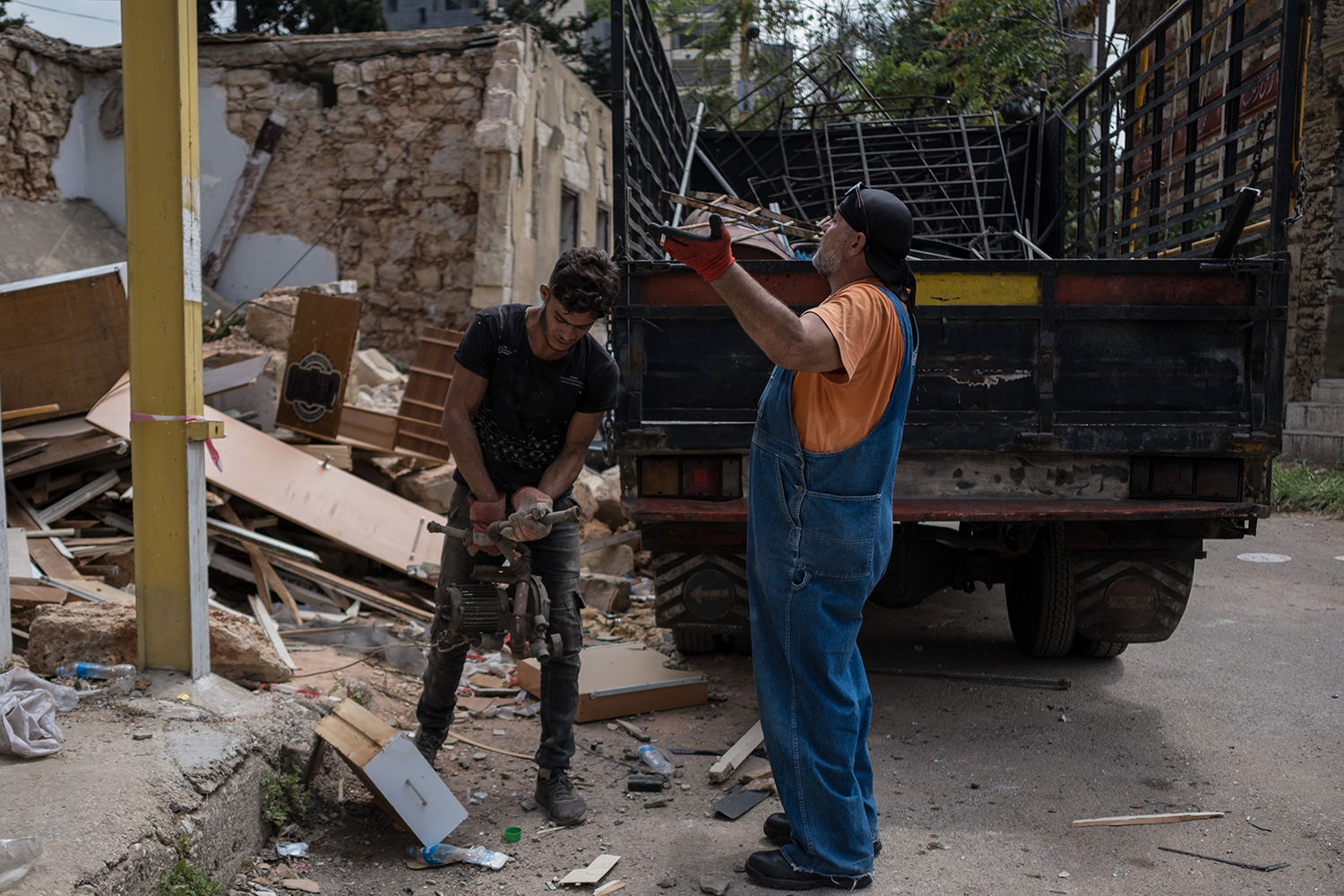 Vasken Mamoriyan (right) loads rubble from his home onto a truck in Beirut on Aug. 13. Stefanie Glinski for Foreign Policy

Mamoriyan was clearing debris from the house on a recent day, a task that has fallen on homeowners and volunteers instead of government contractors. “We don’t know who will pay for it,” he said. “All I know is that for the past weeks, I’ve paid laborers to clear out the rubble.”

The explosion amounted to one more calamity in a country already suffering from an economic downturn, a debt crisis, and now a surge in coronavirus infections. Lebanese largely blame their government for the negligence—the 2,750 metric tons of ammonium nitrate had been sitting at the port for six years despite concerns raised by various officials.

Karim Bitar, a professor of international relations at Beirut’s Saint Joseph University and the research director at the Institute for International and Strategic Affairs, said many of the residents lacked the money to make repairs and might be coerced into sell their property at less than market value.

“Residents who need fresh dollars to rebuild their homes, which most can’t afford, could be tempted to accept a lump sum from certain politicians who are trying to take over the damaged neighborhoods,” he said. 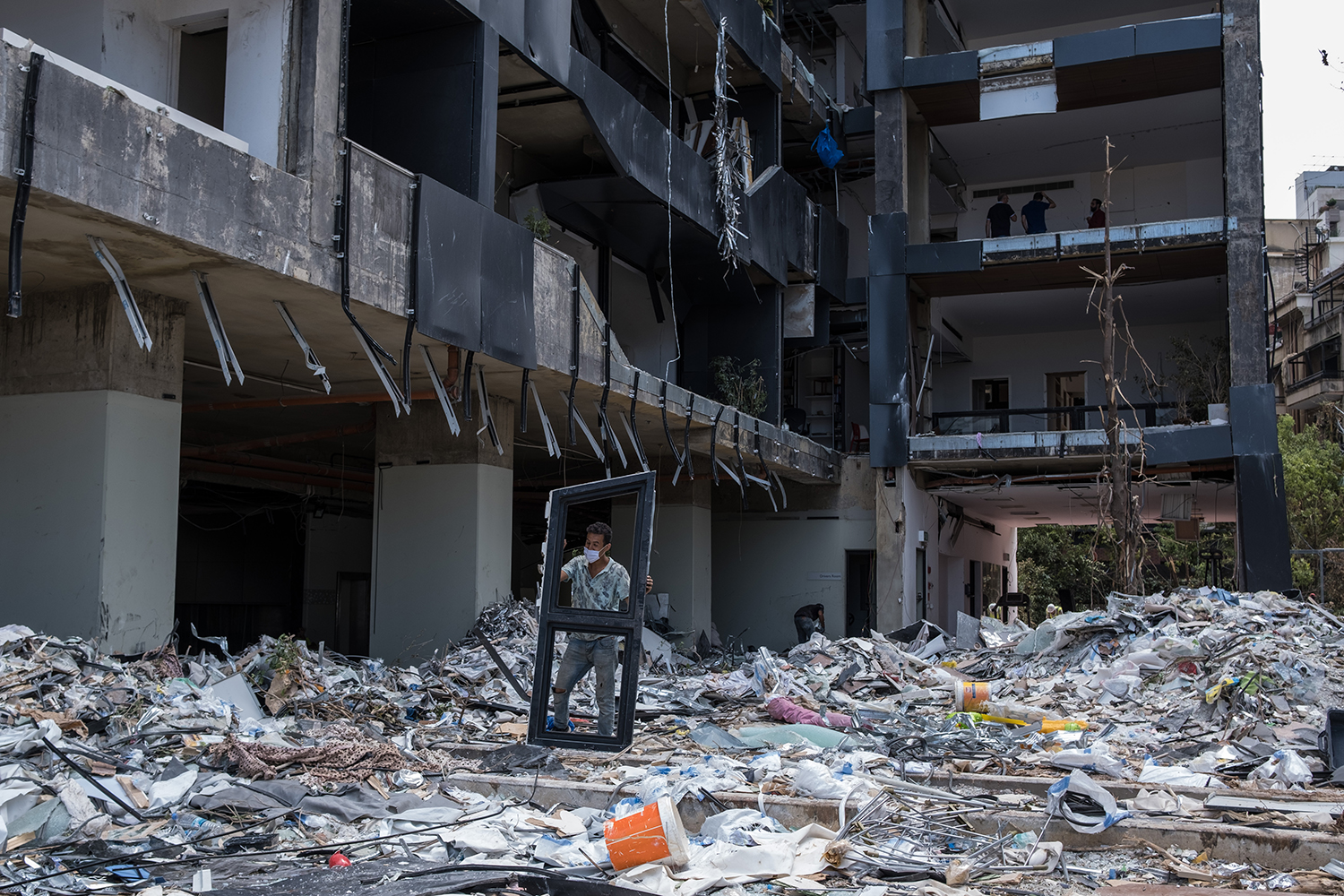 Bitar also said any aid money from abroad could end up going to the wrong people. “In the past, postwar international aid funds helped former warlords stay in office, rather than help rebuild the nation,” Bitar added.

Even before the blast, many Lebanese were reeling from a protracted economic crisis. The number of people suffering from poverty nearly doubled in the past year to more than 50 percent of the population, according to the United Nations Economic and Social Commission for Western Asia (ESCWA). About 23 percent of the country suffers from what is defined as extreme poverty, which for Lebanon means living on less than $6 per day.

A confused tribunal process is a step toward justice in a case that has haunted the country for years.

Lebanese people, rocked by a massive port explosion, are fed up with incompetence.

The country has one of the most unequal wealth distributions in the world, with the richest 10 percent owning around 70 percent of all personal wealth, according to a ESCWA report. “Poverty and vulnerability rates are expected to increase further as a result of rising inflation and the impact of the Beirut Port explosion,” the report said.

Since late last year, the price of the U.S. dollar has surged against the Lebanese lira, after the government had kept it steady for more than 20 years. Banks have made it difficult for people to obtain dollars and continue going by the official exchange rate of 1,507 lira to the dollar—even as the black-market rate surged to 7,000 lira per dollar. The result is that home renovations, which require purchasing imports at dollar prices, are out of reach for most people, who continue to receive salaries in local currency, denominated at the official government rate. 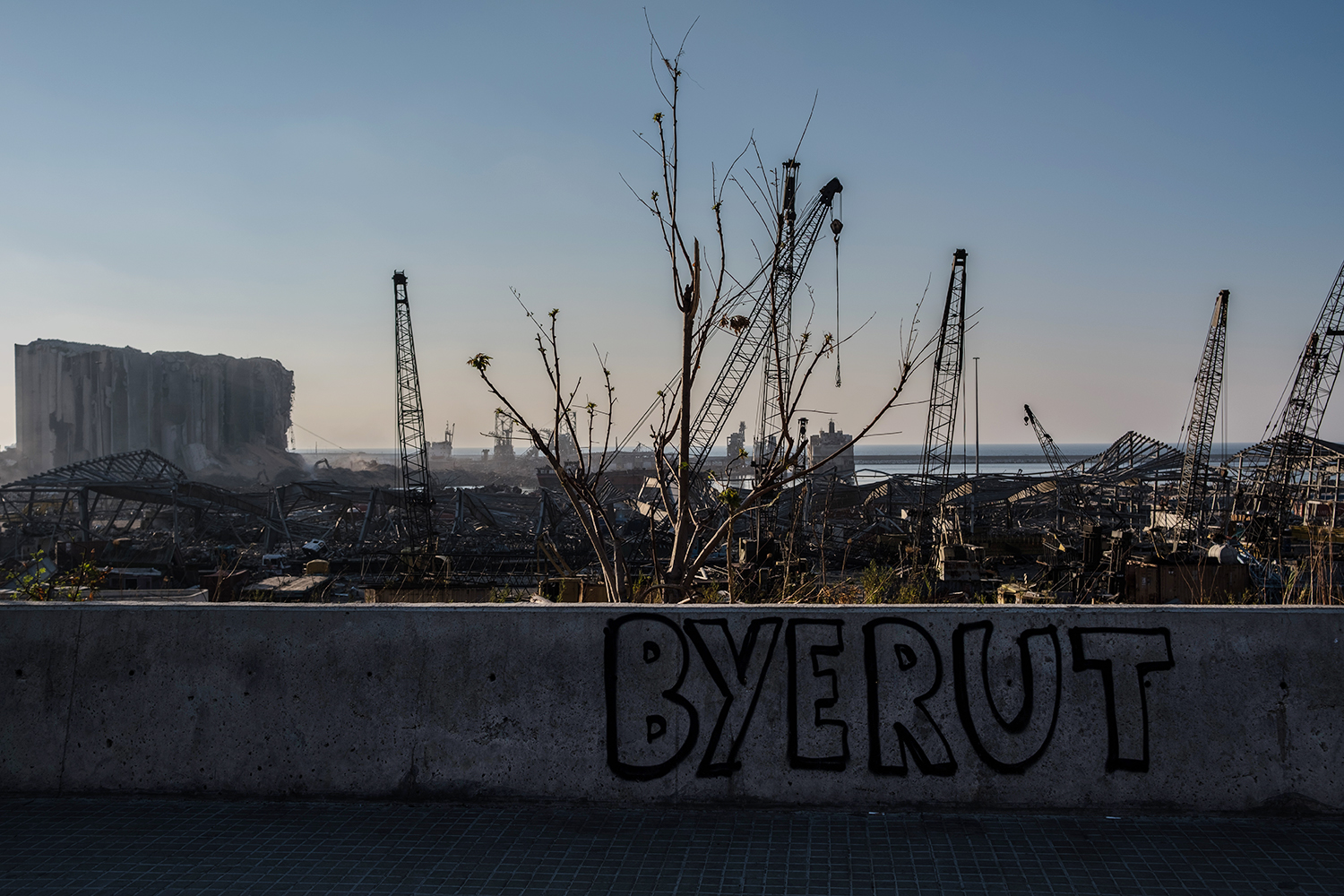 A view of Beirut’s destroyed port on Aug. 14. Stefanie Glinski for Foreign Policy

“Recovery will be a tedious path,” said Mona Fawaz, a professor of urban studies and planning at the American University of Beirut. “The fear is that the post-blast reconstruction will come to consolidate the very forces that led to the demolition of Beirut’s neighborhoods in the first place.”

Many Lebanese are citing the work done in Beirut’s central district by the development and construction company Solidere after the civil war as a cautionary tale.

The Lebanese billionaire Rafik Hariri became the largest shareholder in Solidere even as he served as the country’s prime minister. Critics say the company drove out the district’s original residents through harassment and intimidation.

Today many buildings in the district remain empty, and the project has become a source of public resentment. When anti-government protests erupted last October, they started there.

Following a trip to Lebanon this month, U.S. Undersecretary of State for Political Affairs David Hale said Washington would not provide long-term assistance until the Lebanese government made much-needed reforms. He said Lebanese politicians “have been ignoring their responsibility to meet the needs of the people and have resisted the kind of deep, fundamental reforms that are needed.”

French President Emmanuel Macron, who also visited Lebanon after the blast, was equally critical. He said that a new political order was needed for the country to receive funds, or else “Lebanon will continue to sink.”

A confused tribunal process is a step toward justice in a case that has haunted the country for years.

Lebanese people, rocked by a massive port explosion, are fed up with incompetence.