“Gangnam Style” is hardly an accessible refrain anymore in Seoul, where the cost of a home has doubled since 2017. The average annualized return on an apartment in the Gangnam neighborhood may be about 330 percent, but the broader instability provoked by the housing crisis could jeopardize President Moon Jae-in’s political future.

Meanwhile, members of Kashmir’s LGBTQ community are wrestling with Indian nationalism that seeks to pit them against their neighbors to save face.

And an ongoing lockdown in Buenos Aires has thrown Argentina into economic turmoil, with long-lasting effects. 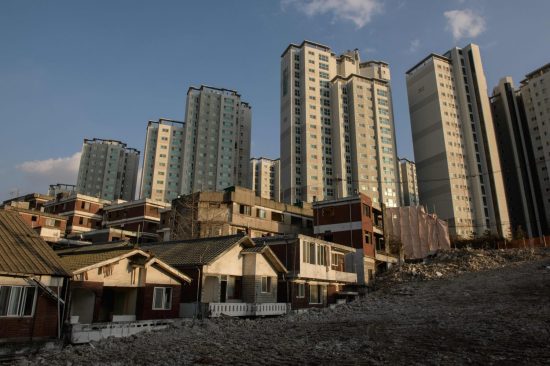 Abandoned houses sit near new high-rise apartments, following evictions prior to redevelopment, in the Ahyeon district of Seoul on Dec. 18, 2018.Ed Jones/AFP via Getty Images

In Seoul, where investment in real estate is extraordinarily lucrative, housing prices are rising faster than anywhere on earth. If South Korean President Moon Jae-in doesn’t rein in the market soon, it may bring him down, S. Nathan Park writes. 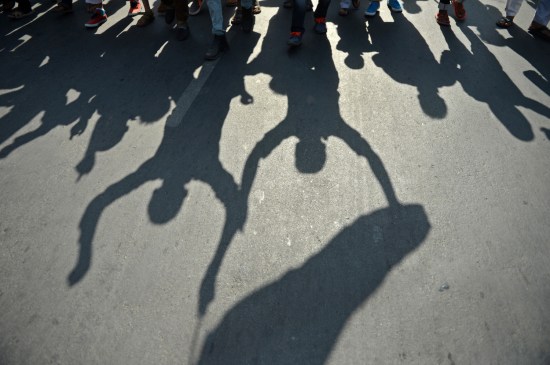 New Delhi has invoked homophobia and transphobia in justifying its militarized incursions into Indian-administered Kashmir. But the Indian government’s actions are only pushing queer voices further to the margin, Adnan Bhat writes. 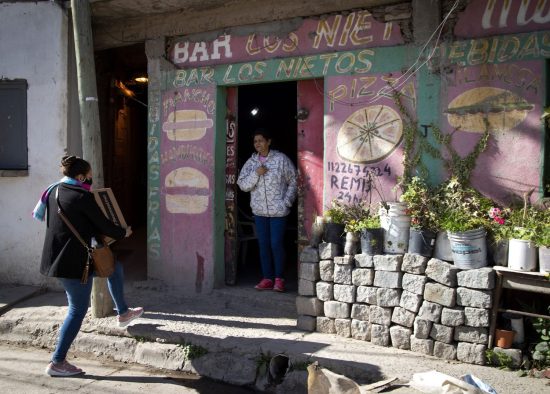 A volunteer church worker delivers a box with food supplies at the Villa 31 shantytown, amid the lockdown in Buenos Aires on July 25. Alejandro Pagni/AFP via Getty Images

As other countries’ economies reopen, Argentina has kept its capital, Buenos Aires, on lockdown. The decision has rendered the country disproportionately vulnerable to the economic malaise driven by the coronavirus pandemic, Milagros Costabel writes. 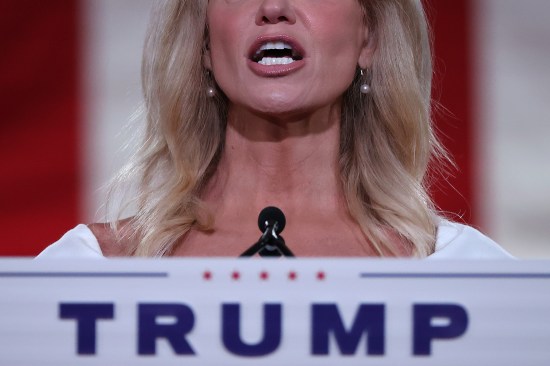 White House Counselor to the President Kellyanne Conway prerecords her address to the Republican National Convention in the empty Mellon Auditorium in Washington, D.C., on Aug. 26.Chip Somodevilla/Getty Images

Backers of Donald Trump in the foreign-policy arena can’t point to anything substantive to justify their continued support for the U.S. president. But as Team Trump resorts to name-calling, polls suggest the administration’s worldview may be less popular with the U.S. public than they claim, Michael J. Green writes. 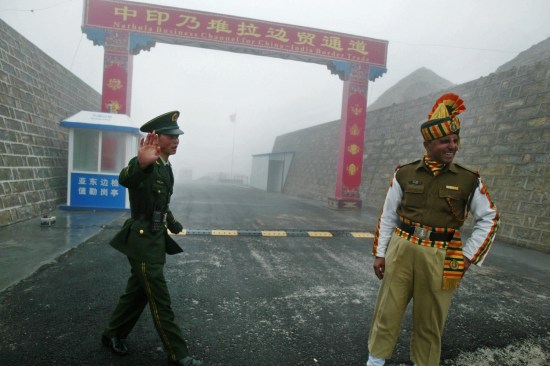 A Chinese soldier and an Indian solider stand guard at the Nathu La border crossing between India and China on July 10, 2008.DIPTENDU DUTTA/AFP via Getty Images

Though India has modernized its intelligence apparatus significantly since a 1962 border skirmish with China, it still lacks a central processing system for dispatching information. This jumbled approach leaves the country susceptible to Chinese breaches, Sumit Ganguly and Frank O’Donnell write.