India and China Have a Trust Deficit

New Delhi and Beijing have had several opportunities to talk to each other. Neither side can reduce tensions until they improve trust and transparency.

Welcome to Foreign Policy’s South Asia Brief, the weekly newsletter that keeps you up to date on a region that is home to one-fourth of humanity. Today: Rising tensions between India and China, the Afghan peace deal, protests in Pakistan, and a check-in on the coronavirus pandemic in South Asia.

Welcome to Foreign Policy’s South Asia Brief, the weekly newsletter that keeps you up to date on a region that is home to one-fourth of humanity. Today: Rising tensions between India and China, the Afghan peace deal, protests in Pakistan, and a check-in on the coronavirus pandemic in South Asia.

China’s military is blaming Indian troops, whom it accuses of firing warning shots across the two countries’ disputed border on Monday, for “a grave military provocation of a vile character.” If true, the shots would mark the first time that bullets have been fired in that area since 1975. While New Delhi concurs that guns were used, however, it claims that it was Beijing that fired them, and that India’s soldiers “exercised great restraint.”

Which of the two versions of events should the world believe? We may never know the truth. Either way, with both countries claiming that guns were used, Monday’s showdown represents a dangerous escalation. Already, a deadly brawl between the two countries in June, in which neither side had resorted to using firearms, left 20 Indian soldiers dead. China hasn’t acknowledged any deaths on its side, but reports suggest it may have lost a similar number of troops. Once forces from the two countries start using guns, the number of casualties in future skirmishes could escalate sharply. A precedent has been set.

A trust deficit. One of the things that is becoming increasingly clear in the ongoing—and increasingly worrying—tensions between India and China is that neither side trusts the other. Just last week, the two countries’ defense ministers met each other in Moscow to de-escalate the military buildup along their shared border. And around that time, as the Indian website the Wire reports, Chinese and Indian commanders on the ground in Ladakh spoke with each other about not moving their troops at night. But without trust, talking accomplished little. “The same night, [the Chinese commander] moved his men towards our posts,” an Indian government source told the Wire.

It is amid this backdrop of mistrust and allegations that India and China’s foreign ministers met on Thursday in Moscow on the sidelines of a meeting of the Shanghai Cooperation Organisation. While details will soon emerge about their discussions, the question is how they can reverse the ongoing escalation between the two sides—and whether they can succeed where their defense ministers failed.

The media’s role. More than in most conflicts, the media has an outsized role to play, I think. And that’s because throughout the ongoing tensions, reliable information from either country has been hard to come by. Indian Prime Minister Narendra Modi, for example, said after the deadly June clash that Chinese forces hadn’t intruded on Indian territory—a statement that contradicted satellite evidence. (Those words, carried live, were later edited out of official video reports on government websites.) Out of 180 countries ranked for press freedom by Reporters Without Borders, India ranks 142nd and China places 177th. Neither side has allowed reporters to embed with armed forces or go near the conflict areas. Both governments have routinely accused the other side of lying. And amid these challenges, domestic media on both sides have become increasingly jingoistic. Not only have they whipped up nationalist fervor and recklessly called for tough responses by their respective governments, they have also “reported” on day-to-day developments without corroborating facts on the ground.

Last year, amid border tensions between Pakistan and India, the media played a similar role. As India’s government claimed it shot down Pakistani F-16s in an aerial dogfight—a claim that Foreign Policy’s reporting disproved—Indian media unquestioningly promoted and celebrated New Delhi’s version of events. That strategy ended up creating an opening for India’s government to claim victory and step back from the brink of open conflict. But while that approach may have worked with Pakistan, it is less likely to work with China—a country with a military and an economy that are orders of magnitude larger than India’s.

New Delhi needs a different approach to dealing with Beijing. If both sides really want to de-escalate, they need to build trust through transparency. They need to admit setbacks when they occur and put an end to their collective appetites for nationalist triumphalism. It takes time to build trust among rivals, but countries can begin by being truthful at home.

The rise of the coronavirus. India is reporting more new daily cases than any other country in the world. And it now has the second-highest number of total cases, behind only the United States. At current rates, India could catch up with the United States by the end of October. Elsewhere in South Asia, Pakistan now has fewer confirmed cases than Bangladesh. The two countries have dramatically slowed down their rates of infection since around Eid al-Adha, the Muslim religious festival, in early August.

Afghan peace talks. Finally, after months of delays and hurdles, peace talks between the Afghan government and the Taliban are set to begin this weekend in Doha, Qatar, after the release of 5,000 Taliban prisoners. On Wednesday, Afghanistan’s vice president survived a bomb attack that killed 10 other people. The Taliban has denied involvement, but Kabul says the attack bore hallmarks of the insurgents’ Haqqani wing.

Sri Lankan tanker. The Sri Lanka Navy has towed out to sea a supertanker that caught fire earlier this week. The tanker contains 2 million barrels of oil, but it appears that that crude has not yet caught fire or leaked; the fire is believed to have stemmed from an ignition in the ship’s engine room.

Pakistan protests. Tens of thousands of Pakistanis protested last Friday against French magazine Charlie Hebdo’s reprinting of cartoons mocking the Prophet Mohammed. Demonstrators shouted “Death to France” and called for punishments against blasphemy. A few days later, on Tuesday, a Pakistani court sentenced a Christian man to death for allegedly sending derogatory text messages about the Prophet Mohammed. Human rights groups have for years pointed out that Pakistan’s blasphemy laws are often misused to target minorities.

India’s economy. Last week, India announced that its economy had contracted by 23.9 percent compared with the same April-to-May period last year. The steep decline in economic activity was mostly because of a strict national lockdown. With the spread of the coronavirus increasing, economic disruptions will continue to harm India’s economy. 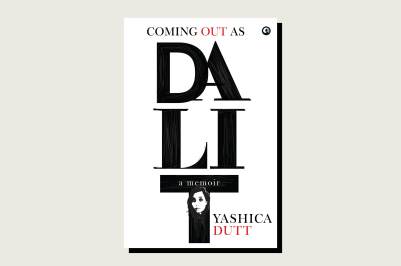 Coming Out As Dalit, by Yashica Dutt. Journalist Yashica Dutt grew up hiding her caste. In her 2019 book, which hasn’t yet been released in the United States but is available online, she addresses her background bravely and boldly. As people around the world discuss issues of race and inequality, mostly from a Western context, Dutt’s work opens a path for people in South Asia to reexamine their own social structures. Watch out for Dutt’s forthcoming writing for Foreign Policy, too.

The International Monetary Fund’s take. Where will the global economy head next? Read the Foreign Policy essay by the IMF’s managing director, Kristalina Georgieva, and chief economist Gita Gopinath. The two economists point out that for countries to emerge stronger from the Great Lockdown they will need to first fight the ongoing health crisis, then focus on job creation, and finally build economies that are more inclusive.

Biden and Asia. Foreign Policy columnist James Crabtree just published a sharp essay that will interest readers of this newsletter. “The prospect of a Biden presidency,” he writes, “brings back uncomfortable memories of an Obama era that many Asian movers and shakers recall as unfocused and soft toward Beijing. Whether or not that memory is correct is beside the point. Biden has an Asian credibility problem—and one that may prove tricky to solve.”

You can read the full essay here.

NEW FOR SUBSCRIBERS: Want to read more on this topic or region? Click + to receive email alerts when new stories are published on China, India

Hezbollah Is Trying to Be Lebanon’s Savior