Bob Woodward’s book reveals a diplomatic romance between the North Korean leader and Trump—one that may be ending in heartbreak.

It was something close to love at first sight, Donald Trump said of his initial meeting with the leader of North Korea—especially, it seems, for the smitten Kim Jong Un. “It was great chemistry,” the president told journalist Bob Woodward, and Trump then proceeded to compare their historic summit in Singapore in June 2018 to an actual romance. “You meet a woman. In one second, you know whether or not it’s all going to happen. It doesn’t take you 10 minutes, and it doesn’t take you six weeks. It’s like, whoa,” he said, according to Woodward’s new book, Rage.

Playing out in 25 never-before-revealed letters between Kim and Trump, obtained by Woodward, the deeply personal courtship between the two leaders of long-hostile nations has few precedents in diplomatic history. One is reminded, to some degree, of the deep, history-changing personal connection that Henry Kissinger struck with Chinese leader Zhao Enlai in the early 1970s. But the actual words exchanged between the U.S. president and North Korean dictator often sound more like Marc Antony falling hard for Cleopatra, and vice versa.

Kim’s letters to Trump especially suggest a young, deeply suspicious man (he was 34 at the time) who is shakily in charge of a hermetic regime and for the first time in his life is being taken seriously by an important figure from the outside world—indeed the most powerful man in the world. And he is overwhelmed with gratitude, awe and perhaps a deeper emotion. 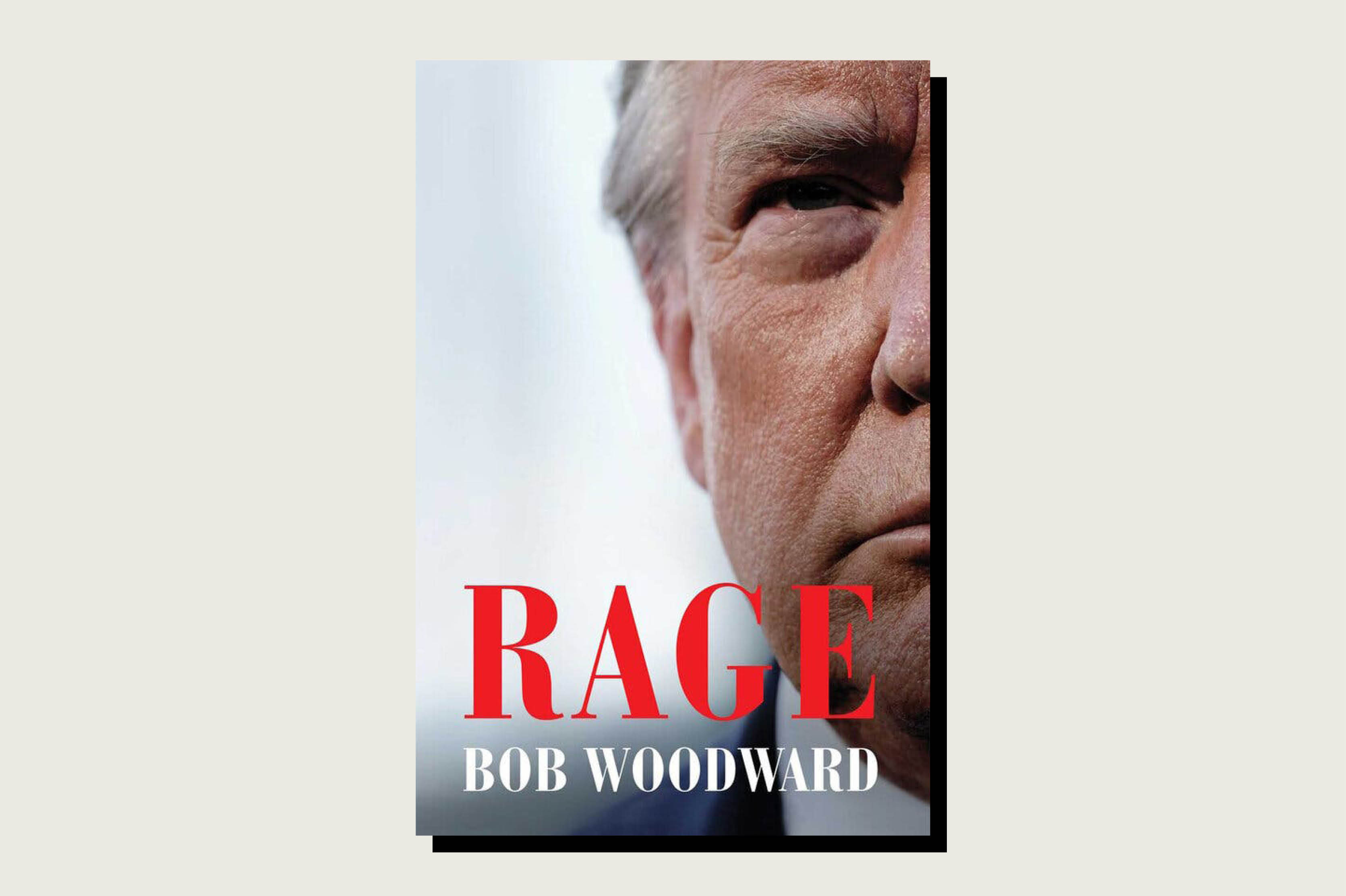 After negotiations dragged on for months following their first meeting in Singapore, Kim wrote longingly of a return to their honeymoon period: “Even now I cannot forget that moment of history when I firmly held Your Excellency’s hand at that beautiful and sacred location as the whole world watched with great interest and hope to relive the honor of that day.” The North Korean then expressed his hope for “another historic meeting between myself and Your Excellency reminiscent of a scene from a fantasy film.”

When he read that last phrase about the fantasy film, “I was shocked,” writes Woodward, the celebrated Washington Post journalist who has produced books on nine presidents. Even after their failed summit in Hanoi some eight months later, when Kim offered to close down his biggest and oldest nuclear facility at Yongbyon but Trump said he wanted all of them shuttered and walked out, Kim continued to appeal to their personal affection for each other. “Like the brief time we had together a year ago in Singapore, every minute we shared 103 days ago in Hanoi was also a moment of glory that remains a precious memory,” Kim wrote Trump on June 10, 2019. “I also believe that the deep and special relationship between us will work as a magical force …”

Woodward concludes: “The CIA never figured out conclusively who wrote and crafted Kim’s letters to Trump. They were masterpieces. The analysts marveled at the skill someone brought to finding the exact mixture of flattery while appealing to Trump’s sense of grandiosity and being center stage in history.” To a certain degree, Kim’s language may reflect the often-excessive rhetoric of the communist regime, language that can also swiftly turn hostile. In one of the 18 interviews he gave Woodward for the book, Trump described how pleased he was to be called “Your Excellency.”

Trump, in his replies (of which Woodward received only a limited number), is less effusive and affectionate. But he is clearly wooing the North Korean leader in a very personal way and playing up his initial offer to Kim: to turn him into one of the great men of history, if only he will give up his nuclear program entirely. “I completely agree with you,” Trump wrote Kim two days later, on June 12. “You and I have a unique style and a special friendship. Only you and I, working together, can resolve the issues between our two countries and end nearly 70 years of hostility, bringing an era of prosperity to the Korean peninsula that will exceed all our greatest expectations—and you will be the one to lead. It will be historic!”

The two met two weeks later when Trump unexpectedly tweeted an invitation to meet Kim at the concertina-wired treaty village of Panmunjom. Kim accepted, and Trump became the first serving U.S. president to cross into North Korea.  Trump later tells Woodward: “He never smiled before. I’m the only one he smiles with.”

“Trump has personally said they are ‘love letters,’” Woodward writes. “They are more than that—they reveal a decision by both to become friends. Whether genuine or not, only history will tell. The language is not out of the traditional diplomatic playbook. They resemble declarations of personal fealty that might be uttered by the Knights of the Round Table, or perhaps suitors.”

Woodward Delivers, But Does He Tell Us Much We Didn’t Already Know?

Though full of juicy tidbits, the journalist’s portrait of the White House as “Crazytown” is all too familiar.

But some courtships between suitors end in great bitterness, and since the failed Hanoi summit the language from North Korea has grown colder, with the North Korean lead negotiator promising “terrible events” last fall and Pyongyang warning of an ominous “Christmas gift” to the U.S. in late 2019 (which never came to pass). One of Kim’s later letters to Trump “sounded like a disappointed friend or lover,” Woodward writes, after the U.S. president sent Kim pictures of the two of them at Panmunjom. While he said the photos hold “special meaning” and “will remain an eternal memory”—Kim said he had hung them in his office—Kim also wrote that he was “really, very offended” that the U.S. continued to play a military role in backing rival South Korea.

It is in the course of detailing these diplomatic failures that Trump delivers another major revelation in the book—that the U.S. has developed a new, highly classified nuclear weapon. “I have built a nuclear—a weapons system that nobody’s ever had in this country before. …. What we have is incredible.” Woodward writes that he later confirmed the existence of a new weapons system but could get no details and his sources were surprised that Trump had revealed it. Trump also hints that despite his feelings for Kim, relations could revert back to the tense fall of 2017, when he mocked Kim as “Little Rocket Man” and promised to “totally destroy” North Korea if it didn’t stop developing a nuclear intercontinental ballistic missile threat to U.S. shores, and Pyongyang responded by calling Trump a “mentally deranged U.S. dotard.”

“If he shoots, he shoots,” Trump told Woodward. “And then he’s got big problems, let me put it that way. Big, big problems. Bigger than anybody’s ever had before.”

In his book, Woodward also reveals that Trump and senior U.S. officials told him the two nations came closer to war in 2017 than the public realized, with the president saying of Kim, “He was totally prepared to go. And he expected to go. But we met.”

In the final analysis, the U.S. and North Korea may have reached a diplomatic stalemate; hawkish advisors surrounding Trump have warned him that in the end Pyongyang will be far too paranoid and invested in its militaristic self-identity to ever give up its nukes.  For its entire existence North Korea’s behavior has been driven largely by two factors: fear of a U.S. attack, with some 30,000 American troops looming just over the border and U.S. missiles threatening; and injured pride—a sense of not being taken seriously enough, which has exacerbated the fear of being attacked.

Even so, some experts point out that Kim has resisted further ICBM or nuclear tests during his on-again, off-again relationship with Trump. And Trump may have achieved a very substantial  shutdown had he taken the deal that Kim offered in Hanoi—which Siegfried Hecker, the former director of the Los Alamos National Laboratory and one of the preeminent authorities on Pyongyang’s nuclear program, told me was a “missed opportunity.”

“In my opinion, the deal that North Korea offered up at the very last minute, as Trump was walking out, spelled out what closing down Yongbyon really meant; it was a deal worth taking,” but John Bolton, Trump’s ultra-hard-line (and later fired) national security advisor, advised against it, Hecker told me in an email. “The reason Trump walked out was that Bolton had convinced him that walking out looked better.”

Woodward concludes: “[A]s Trump says repeatedly, we had no war. That was an achievement. Diplomacy should always be worth a try. It may have been worth it. Where it goes next is one of the imponderables of the Trump era.”

Indeed, with Kim now keeping out of sight and Joe Biden bidding to replace Trump after Nov. 3, the romance may already be over—and relations between the two countries could well revert back to the chronic mutual threats of decades past.

Woodward Delivers, But Does He Tell Us Much We Didn’t Already Know?

Though full of juicy tidbits, the journalist’s portrait of the White House as “Crazytown” is all too familiar.