The world can take solace that the potential next U.S. president is fundamentally a politician at heart. 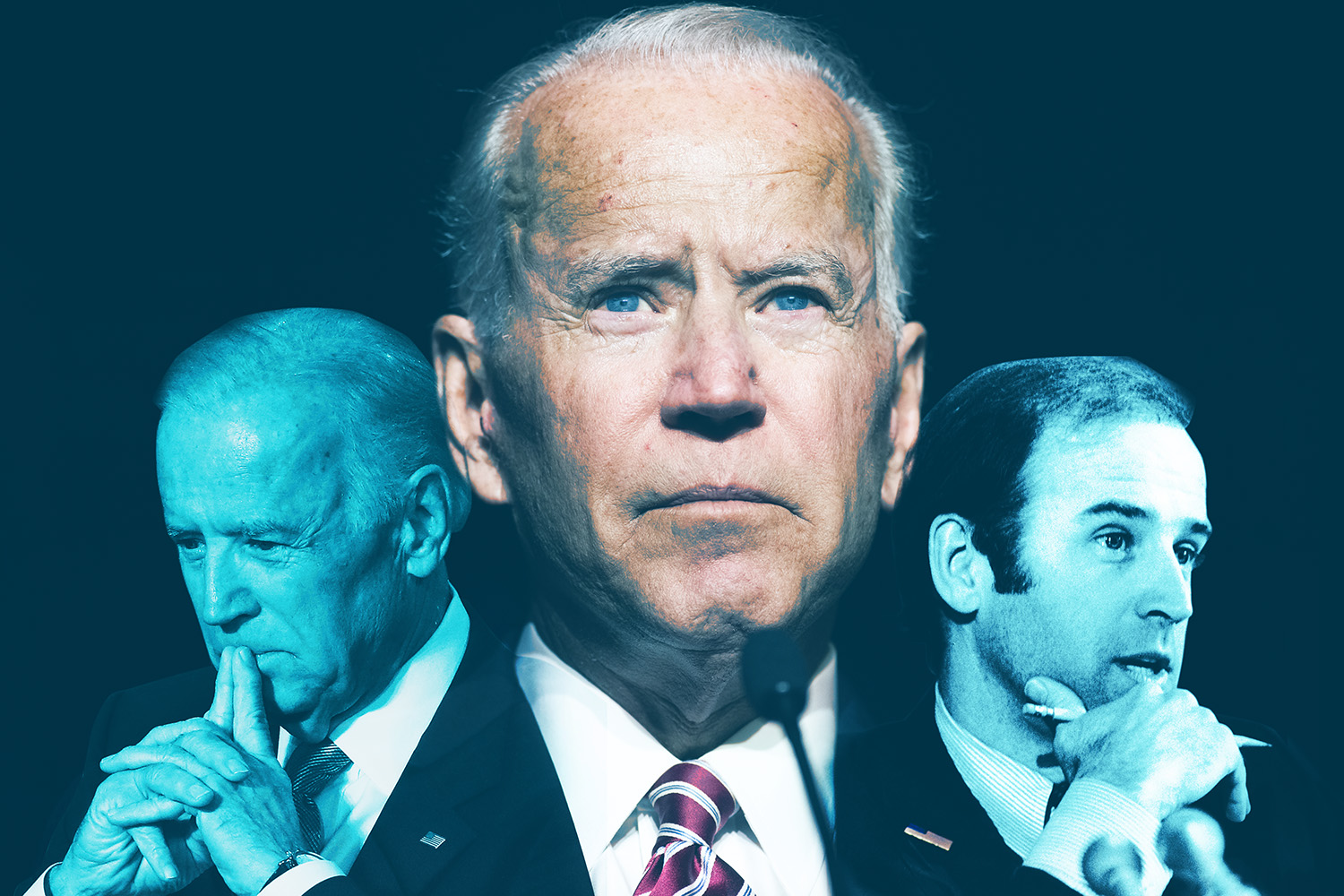 Twenty years ago I interviewed the senior foreign policy advisors around then President George W. Bush and concluded that a Bush foreign policy would be fundamentally “realist,” if also hard-line and unilateral. And so it might have been, had terrorists not attacked the World Trade Center. As British Prime Minister Harold Macmillan famously said when asked what would determine his policy abroad, “Events, dear boy, events.” But that’s only half an answer, for it was the transformative effect of a particular event—9/11—on a particular leader—an inexperienced man guided by an evangelical sense of mission—that produced the war on terror and the “freedom agenda.”

The virtual inevitability of unforeseen and unforeseeable events, whether World War I or Balkan genocide or the coronavirus pandemic, compels humility in anyone hoping to predict the foreign policy of any new president, as I have been doing for the past month in the case of a possible President Joe Biden. Domestic policy offers much more predictable terrain than foreign policy. For that very reason, one has to think not only about the course but the driver. What are his basic intuitions about the world? How is he likely to react in the face of the unexpected?

In this respect, Joe Biden is the opposite of George W. Bush. Biden has had his hands in American foreign policy for almost half a century; his understanding of the world is both shaped and limited by that long experience. Biden is not a policy intellectual, though he reads and talks to many people who are. He has the innate pragmatism of the old pro, and the ambitious politician’s habit of steering by the Pole star of public sentiment. Since he arrived in the Senate in 1973, Biden’s views have never wandered far from the Democratic mainstream. And yet his own temperament, and the passage of time, and particular experiences, have shaped him in distinctive ways.

In his memoirs, former Defense Secretary Robert Gates wrote that Biden “had been wrong on nearly every major foreign policy and national security issues over the past four decades.” That’s a mighty harsh verdict coming from so impeccably credentialed a figure, but it’s instructive to look at the evidence. As a senator, Gates later stipulated, Biden opposed President Gerald Ford’s aid package to keep South Vietnam fighting, welcomed the fall of the Shah of Iran, opposed key elements of President Ronald Reagan’s massive defense build-up, and voted against the first Gulf War.

Gates seems to have invented the allegation about the Shah, but it fits well enough with the picture of a liberal Democrat loathe to link America’s fortunes to anti-Communist strongmen around the globe. But unlike figures to his left, Biden never regarded American power as a malevolent force. “I wasn’t against the [Vietnam] war for moral reasons,” he told me in 2009. “I just thought it was a stupid policy.”

By the 1990s, with the Cold War over and a Democrat in the White House, Biden, now ranking member of the Senate Foreign Relations Committee, had come to accept the argument for “humanitarian intervention,” as many liberals had. Biden has a bottomless stock of anecdotes which feature him confronting the world’s dictators; in one, he tells Slobodan Milosevic, the genocidal ruler of Serbia, that he considers him “a damn war criminal” and would like to see him “tried as such.” Nevertheless, he told me that his support for intervention in Serbia had as much to do with his fear of spreading instability in the Balkans as with the need to stop mass atrocities. “It was within our wheelhouse,” he said. The intervention, that is, served American interests, and was doable.

The Democratic party moved to the right on national security in the aftermath of 9/11, and Biden moved as well.

Biden is unusually willing to be thought politically cold-blooded for someone who regards himself as almost helplessly warm-hearted in personal matters. One wonders if that cocky toughness would survive the immense obligations that come with the presidency; perhaps Biden would feel more intensely the consequences of turning his back on countries or peoples that look the United States for succor.

The Democratic party moved to the right on national security in the aftermath of 9/11, and Biden moved as well. He spoke favorably about regime change in Iraq, so long as it was carried out with allies, and voted to give President Bush the authorization he used to go to war. In this case the conventional view turned out to be disastrously mistaken; and Biden has since gone to great, and thoroughly disingenuous, lengths to obscure that record. Yet Biden offered a bolder and more creative response to Iraq’s collapse than did his colleagues, joining Leslie Gelb, head of the Council on Foreign Relations, to propose that Iraq be divided into Sunni, Shia, and Kurdish autonomous zones. The idea generated some interest in the think tank world—and virtually none beyond it. No mere opportunist would endorse such a thought experiment. “I don’t know anyone else in politics who would do that,” Gelb told me.

The Biden Doctrine Exists Already. Here’s an Inside Preview.

The Democratic nominee and his closest advisors served in the Obama administration—but their foreign-policy vision is finding inspiration in Harry S. Truman.

The Democratic nominee is getting ready to confront Beijing—but he doesn’t want another Cold War.

Biden Is Getting Ready to Bury Neoliberalism

The potential next Democratic administration is preparing to upend decades of dogma on globalization.

What, then, is the category to which Biden belongs? He is obviously no anti-American peacenik, as Gates seems to have once thought. Nor is he the kind of realist, like Gates himself, who believes that America goes astray when it pursues its values, rather than its geopolitical interests. Biden’s entire campaign is about values. He pledges to restore “the soul of a nation”—to make America noble again. He believes that America has both the right and the obligation to lead.

That belief includes the patriotic premise that America’s national interests are not inimical to the interests of the world. That is why, in the first article in this series, I compared Biden to “Cold War liberals” like Harry Truman or Hubert Humphrey. Biden is thus bound to disappoint progressives who believe that American power can be just only when it is wielded on behalf of others. As I mentioned in my previous column, Biden served as Barack Obama’s in-house killjoy on idealistic projects in the Middle East, including the wish to align the administration with the people in the street in the ferment of the Arab Spring. There is, indeed, a through-line of skepticism that connects Biden’s views on Vietnam, Afghanistan, and Libya. He is far more hopeful about the United States than he is about the remote places in which its power is often exercised.

As a politician, Biden has spent his life operating in the world of compromise, damage-limitation and favor-trading.

As a politician, Biden has spent his life operating in the world of compromise, damage-limitation and favor-trading. He does not expect, and probably would not try, to shatter traditional limits, as Obama did when he called for an ultimate end to nuclear weapons. It is impossible to imagine him delivering a speech to the Islamic world, as Obama did in Cairo in 2009. While Obama made stirring speeches, Biden made phone calls—or house calls.

Biden not only practices politics, but believes in it as an affirmative principle; it is one of his axioms that you can nudge events in a positive direction by appealing to the self-interest, the political calculations, of other leaders. He practices foreign policy, as he practices politics, by talking to people, and listening to them. “Foreign policy is like human relations,” I once heard him say, “only people know less about each other.” Biden tries to fill that gap by asking people about themselves, and telling them about himself.

Very few of the advisors I talked to tried to capture Biden’s “worldview,” but several of them told me about the way Biden talks to world leaders. “What I’ve seen from Biden again and again,” says Daniel Benaim, Biden’s former foreign policy speechwriter and now co-head of his team of Middle East advisors, “is that he understands what it means to sit across the table from the political leader of another country and to think in an incisive and compelling way about how to reach and persuade that person. That means understanding somebody’s fears, their narrative about themselves in the world, the health of their grandchildren, the nature of their attraction to America and even the figures from the American past who matter to them. That kind of emotional intelligence runs very deep, and it’s what makes him a very effective strategizer and implementer of American foreign policy.”

William Burns, the long-time diplomat who now heads the Carnegie Endowment, also spoke of Biden’s sheer persistence, and his gift of empathy. “That’s going to be a more important quality than ever,” he said, “with allies and partners who are going to be very skeptical. He’s uniquely equipped to help reassure people.” At 77, Joe Biden has lost whatever power to inspire he might once have had. He may not be quite as cogent as he was even a decade ago. But he can still reassure. At this moment in history, that might be what is most needed.

James Traub is a regular contributor to Foreign Policy, a nonresident fellow at New York University’s Center on International Cooperation, and author of the book What Was Liberalism? The Past, Present and Promise of A Noble Idea.