Despite efforts by China hawks to blunt Beijing’s influence, a Chinese firm will retain majority ownership of the app.

After weeks of speculation that Microsoft would acquire TikTok, the Chinese-owned app will instead be acquired by the corporate technology company Oracle. The deal, which has strong backing from the Trump administration, is dubious on several levels.

To begin with, the firm will remain majority-owned by Chinese parent company ByteDance, with a “partnership” with Oracle. The arrangement does not resolve any of the issues surrounding Chinese influence efforts, although it may clear up some of the worries about U.S. data reaching China. Serious concerns remain among the U.S. security community: One U.S. intelligence official told me that the deal “invalidates everything we’ve been working on.”

Oracle’s CTO, Larry Ellison, is also a fundraiser and supporter of President Donald Trump. As TikTok has become a platform for anti-Trump commentary, especially by young Americans, the question is whether Chinese censorship and algorithmic bias will now be supplemented by that of a new U.S. partner. Oracle won’t be able to examine the source code for the app, a protection Beijing insisted on before it would approve the deal, meaning questions about aggressive data collection and censorship of particular terms will go unanswered.

A move that once seemed like a serious effort at blocking political influence by a hostile foreign power has thus degenerated into a shady deal between one of the president’s allies and Beijing. That makes the efforts by China hawks inside the administration—reportedly working to get the deal blocked—to present other sanctions as a serious challenge to China look far less credible.

The Oracle-ByteDance deal is yet another example of how Trump’s fundamentally self-serving vision of the world makes him a dangerous ally.

Inner Mongolia crackdown. It was almost inevitable: Demonstrations against the implementation of compulsory Chinese-language study for students in Inner Mongolia have resulted in a sweeping crackdown on parents who protested the move. Like some other minority languages in China, Mongolian was once a standard mode of instruction but is now under threat.

Authorities already issued a list of wanted protesters and arrested more than 130. The latest announcement states that parents whose children do not return to school by Thursday will be blocked from receiving bank loans for five years, and their children will be expelled and forbidden to take the critical national university entrance exam. Such threats aren’t new, but their systematic implementation, backed by coordinated data on dissidents shared across multiple platforms, is a relatively recent development.

Cambodian sanctions. In a move targeting both China and long-standing Cambodian autocrat Hun Sen, the United States has placed sanctions on a Chinese construction firm in Cambodia, the Union Development Group. The United States alleges that the company, with the aid of the Cambodian military, has carried out extensive human rights violations against locals.

Cambodia, once relatively open to U.S. influence, has swung heavily toward China in recent years as Hun Sen has consolidated power and destroyed the opposition. The installation of Chinese military bases in Cambodia seems possible in the near future.

Xi’s new book. In exciting news for fans of his work, another book of collected speeches by Chinese President Xi Jinping has been published—this one focused on responding to disasters and emergencies. Some of the speeches, dating back several years, are notable for their rhetoric demonizing the United States, which Xi sees as the chief culprit behind the “ideological warfare” against China.

There is also strong rhetoric against ideological traitors within the Chinese Communist Party—“eating the party’s food and smashing the party’s pot.”

Hacker indictments. The U.S. Department of Justice has issued another set of indictments against Chinese hackers, this time focusing on five individuals said to have carried out a sweeping set of attacks on private companies. The hacks, allegedly carried out by a Chengdu firm, appear to have targeted a mixture of commercial intelligence and the information of Chinese dissidents. Like many security firms working in China, the firm boasts of its patriotism and connections to the Chinese military.

Meanwhile in Australia, a database assembled by the private Chinese firm Zhenhua has drawn attention by including a list of key individuals overseas. But the story seems overblown. The information compiled has been scraped from public sites such as Facebook; Western firms sell this kind of data themselves; and the database did not come, as initially claimed, from leaked information by dissidents but from a publicly available leak.

As the data breach expert Jeremy Kirk pointed out, “The company wasn’t trying to hide. Neither was it very good at securing its own data.”

Xinjiang ban. The United States, following up on earlier moves targeting the paramilitary Xinjiang Production and Construction Corps, has imposed new restrictions on cotton, tomatoes, and other goods from the region, where forced Uighur labor is being used on a large scale. The U.S. government may further extend the limits after legal review, according to a U.S. spokesperson. The outcry against the atrocities in Xinjiang is also starting to take a PR toll on companies, with H&M cutting ties to a supplier accused of using forced labor.

Disney fail. Disney’s live-action Mulan has been panned by both the public and the party in China, with press coverage limited by officials after the film became a target in the West for shooting in Xinjiang and pandering to Han nationalist narratives. The $200 million film brought in just $23 million on its opening weekend in China, despite being the only major release— paling in comparison to homegrown blockbusters such as the war epic The 800.

Back in the United States, Disney is getting harsh letters from lawmakers—a particular problem since Mickey Mouse’s initial copyright runs out in 2024. Disney has already launched a massive lobbying effort to get another Copyright Term Extension Act passed, but with surprisingly little success so far. (Losing friends on the Hill is a serious issue.) 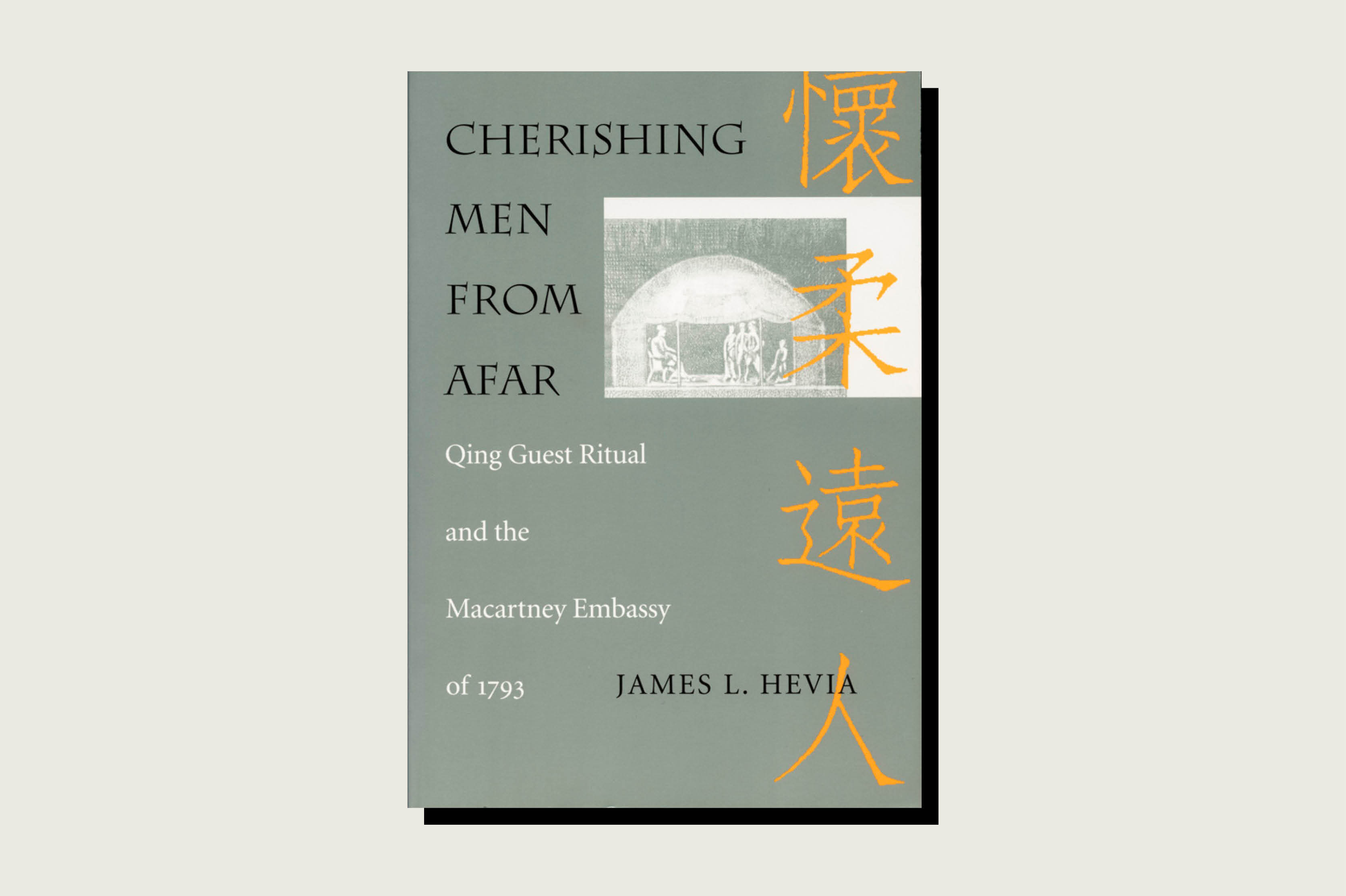 Cherishing Men from Afar: Qing Guest Ritual and the Macartney Embassy of 1793, by James L. Hevia

As the United States and China clash diplomatically and economically, return to James L. Hevia’s 1995 study of the first major meeting between China and the United Kingdom: the disastrous mission by Lord Macartney in 1793. The trip is often cited as an example of both European and Chinese arrogance. Hevia’s study gives a more nuanced and complicated portrait of two sides with utterly different visions of the political world.

Macartney’s goals, soundly rejected by the Qianlong Emperor, would be achieved through British military might a few decades later in the Opium Wars.

NEW FOR SUBSCRIBERS: Want to read more on this topic or region? Click + to receive email alerts when new stories are published on Foreign & Public Diplomacy, Science and Technology, United States, China

Many on social media expressed anger that the government hadn’t followed through on its fiery rhetoric.