With nearly 98,000 new cases recorded on Thursday, India will soon surpass the United States as the country most affected by the pandemic.

Welcome to Foreign Policy’s South Asia Brief, the weekly newsletter that keeps you up to date on a region that is home to one-fourth of humanity. Today: India sets a worldwide record for the most coronavirus cases in a single day, Pakistanis express outrage over rape, Bangladesh faces another onion crisis, and a Dalit perspective on the U.S. bestseller Caste.

India recorded 97,894 new cases of the coronavirus on Thursday. Since the pandemic began, no other country has confirmed as many infections in a single day. As shown below, India has now recorded more than 5.1 million total cases—a number surpassed only by the United States. But India may not be No. 2 for long. It has recorded 1 million cases in the last 11 days, on track to overtake the United States sometime in October.

Low death rate? According to official records, 1,132 Indians died from COVID-19 on Thursday. While that number seems high—and has risen in recent weeks—India has a low death rate in comparison to other countries. For every 1 million people, only 61 Indians have died of the coronavirus, compared with a global average of 121.7—and averages of 131, 609, and 631 for Russia, the United States, and Brazil, respectively.

While India’s government cites the relatively low death rate as a success story, the reality is that the data is too murky to pass judgment. Even under normal circumstances, only 22 percent of deaths in India are medically certified. In other words, only 1 in 5 deaths is accurately recorded. A growing body of anecdotal evidence shows that many deaths linked to COVID-19 are not appearing on the official lists of those killed by the virus.

India may have good reason for a lower death rate than many Western countries. After all, it has a median age of 28, and data suggests that younger people have a better chance of surviving the virus. But there is danger in celebrating a perceived low death rate, especially if it encourages Indians to lower their guards and not take the pandemic seriously.

Reopening underway. Despite the rapidly rising numbers, India has reopened gyms, most workplaces, and markets. Bars can once again serve alcohol. Given that India has administered only 60 million tests so far, the majority of its population may yet contract the virus. But New Delhi’s approach seems to prioritize protecting livelihoods—a choice perhaps influenced by the release earlier this month of quarterly data showing a 24 percent contraction of India’s economy.

Regional picture. Other South Asian countries seem to be faring better than India. Afghanistan, Bangladesh, and Pakistan—countries whose median ages are 10, two, and four years lower than that of India, respectively—have dramatically slowed the spread of the coronavirus and recorded a low number of new deaths.

But these countries are also testing few people. Bangladesh and Pakistan have respectively administered only 1.78 million and 3 million tests since the start of the pandemic. India, on the other hand, is now administering 1 million tests per day. If things do get worse in other parts of South Asia, it will be a while until we find out.

Nepal landslides. At least 11 people have died in Nepal after heavy rainfall last weekend triggered landslides near the country’s border with Tibet. Many more people are reported missing. Sindhupalchok, the area hit by the landslides, was also badly affected by the 2015 Nepal earthquake, which killed more than 8,700 people. As the New York Times reports, many in the area had only recently rebuilt their homes after the devastation. Nepal, which relies heavily on tourism, is also facing an economic crisis due to the pandemic.

Outrage over rape in Pakistan. Pakistani Prime Minister Imran Khan said this week that rapists and child molesters should be publicly hanged or castrated after the rape of a woman last week fueled nationwide outrage. The attack took place last Thursday near Lahore when a group of men smashed the woman’s car window and then raped her in a nearby field. When Lahore police chief Umar Shaikh later blamed the woman for traveling alone, his comments inflamed the national mood.

Afghan peace talks finally begin. After months of delays, Afghan and Taliban representatives finally held direct talks on Tuesday in Doha, Qatar, as the two sides attempt to discuss a peace agreement amid a withdrawal of U.S. troops. Kabul says it wants the Taliban to agree to a cease-fire, but reports suggest the insurgent group is reluctant to fully call back its fighters at this stage.

India-China tensions. Despite last week’s meeting between India and China’s foreign ministers in Moscow, reports suggest both sides plan to maintain large troop presences along their disputed Himalayan border. Reuters’ Devjyot Ghoshal reported this week from the city of Leh with details of a massive influx of soldiers and material, including large storage facilities for everything from fuel and tents to instant noodles and pistachios.

And writing in the Financial Times this week, Devesh Kapur argues that the two Asian powers are likely to remain at loggerheads. “It is no longer possible to dismiss the conflict between India and China as a skirmish,” he wrote. “The understanding reached last week between the countries’ foreign ministers points to a pause. But it does not address the underlying issues that have pushed the countries closer to serious conflict.”

Asian recession. Perhaps unsurprisingly, the Asian Development Bank (ADB) said this week that Asia’s economies will shrink by 0.7 percent in 2020—the first regional recession in six decades. India’s economy is among the worst affected, with a 9 percent contraction expected this year. Tourism-dependent economies such as Fiji and the Maldives will each contract by about one-fifth in 2020.

The only ray of light is that the ADB expects the region to bounce back with a projected growth rate of 6.8 percent next year—although much may be depend on the speed with which a coronavirus vaccine can be produced and disseminated.

Root problem. India has banned onion exports after heavy rainfall damaged its yield and delayed this year’s harvest. The move has led to a threefold jump in onion prices in Bangladesh since the beginning of September; Bangladesh imports more than 350,000 tons of the root vegetable from India every year. The base of many curries, onions constitute an important part of South Asian cuisine.

Bangladesh is now reportedly looking to Turkey and other countries to step in with supplies. For more, read the Economist’s report this week on how Dhaka is turning to Beijing as its ties with New Delhi weaken. 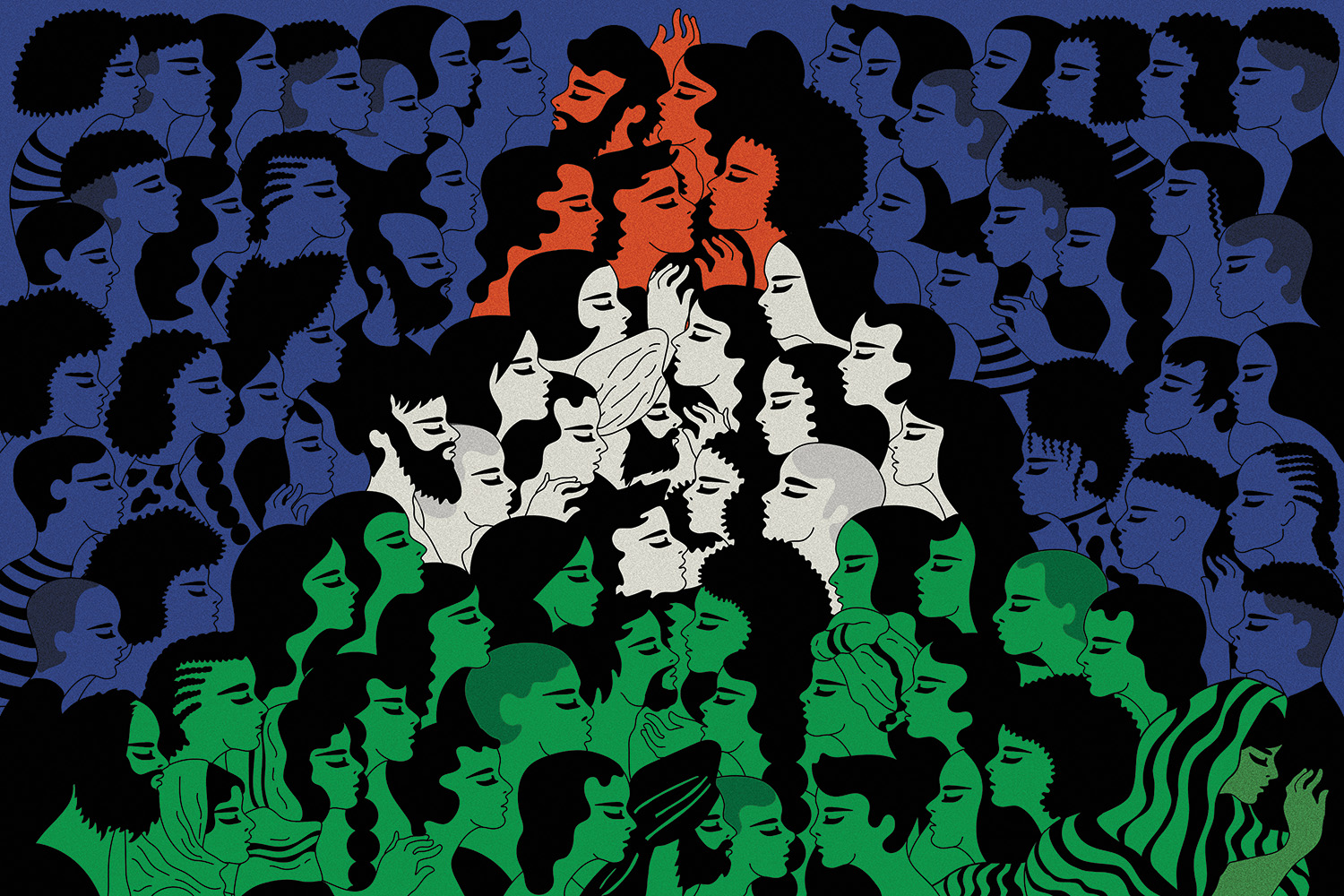 Isabel Wilkerson’s Caste: The Origins of Our Discontents is one of the most talked-about books of the year, with widely positive reviews. Writing for Foreign Policy this week, Yashica Dutt, a Dalit living in New York City, approached Wilkerson’s book with a different lens.

“As a Dalit woman and immigrant from a formerly untouchable manual scavenging caste in India, my place in the Indian social order lies at the very bottom. But as a brown resident in the United States, I fall somewhere in the middle of the racial caste pyramid,” she writes, describing the importance of Wilkerson’s framework for understanding race in the United States.

But “Wilkerson gives little space to the inequities that affect Dalits today, some of which are more brutal and dehumanizing than even before India’s independence,” Dutt argues. “Wilkerson forces readers to confront the implications of a skewed racial hierarchy. Yet for me, a Dalit reader often marginalized and restricted to the bottom of an even more lopsided global order, it often feels like being left out of my own history.”

Brazil’s First Wave Isn’t Over Yet

Trump’s Indo-Pacific Strategy Could Outlast Him