A state campaign against food waste has raised questions about food security after a year of natural disasters and contagion.

Welcome to Foreign Policy’s China Brief. The highlights this week: A state campaign against food waste raises questions about China’s food security, what to make of an investigation of a former political aide to Vice President Wang Qishan, and Chinese tourists stay home for Golden Week.

Waste Not, Want Not?

Welcome to Foreign Policy’s China Brief. The highlights this week: A state campaign against food waste raises questions about China’s food security, what to make of an investigation of a former political aide to Vice President Wang Qishan, and Chinese tourists stay home for Golden Week.

Waste Not, Want Not?

An ongoing campaign against wasting food in China has sparked questions over the country’s food security amid a global agricultural crisis. The “clean plate” campaign, launched in August and promoted by President Xi Jinping himself, has limited the number of dishes allowed at restaurant tables and led to a flurry of postings by celebrities showcasing their parsimonious eating habits.

Online commenters have pushed back on the Washington Post’s coverage of the campaign in what appears to be a mixture of genuine sentiment and irate nationalism, arguing that the measures were moral, not the result of any incipient crisis. But it is the poor who are the worst affected by food price inflation, which has run at over 10 percent for much of 2020. Xi, meanwhile, has said that citizens should retain a “sense of crisis” about food security.

Crisis mode? Food prices in China have risen sharply this year due to natural disasters. Pork prices have fluctuated wildly after last year’s African swine fever outbreaks. The government drew upon its deep pork reserves, but now those are running out, forcing prices back up again. Flooding in southern China, meanwhile, ruined around 13 million acres of crops.

The eagerness of state media to reassure the public that food supplies are stable may indicate Beijing’s sense of insecurity. Agricultural workers make up roughly 25 percent of China’s population—down from 40 percent in 2008, but still far higher than in developed economies.

Projecting power. But the campaign’s purpose may be as much about the image of the Chinese Communist Party (CCP) as national needs. Gluttonous and corrupt officials are an old source of anger in China. Anti-corruption campaigns in 2013, Xi’s first year in power, limited banqueting by officials. The new campaign may be intended to signal CCP disapproval of wasteful spending, manufacturing an “all in this together” spirit.

New measures banning work-week drinking for officials—even off duty—appear to follow these lines. Apart from the moralistic element, gifts of expensive alcohol and cigarettes are a regular vehicle for bribery. The government has done nothing, however, to eliminate the private and highly secretive food supply system that the powerful enjoy.

Between the coronavirus pandemic, ongoing atrocities in Xinjiang, and the new national security law in Hong Kong, it’s been a very bad year for China’s image. New polling from the Pew Research Center shows sharp rises in negative views of China around the world, as Foreign Policy’s Amy Mackinnon, Darcy Palder, and Colum Lynch report.

Public opinion of the United States has also fallen under the Trump administration, but an end to Trumpism now seems a lot more possible than an end to China’s new authoritarianism.

Key Wang ally targeted. Dong Hong, a former political aide to Chinese Vice President Wang Qishan, is under investigation for “serious discipline violations”—a phrase likely to mean a formal conviction for corruption and other offenses in the next year or two for Dong. Wang’s control of the Central Commission for Discipline Inspection, which polices CCP members, played a key role in Xi’s rise to power, and Wang is usually seen as one of his close allies.

But targeting aides is a common way of beginning a campaign against senior officials, and the rumor mill is buzzing that Wang might be next. Since the outside world knows so little about what goes on inside the elite level of Chinese politics, almost anything is possible—from Dong’s connection to Wang being weaker than stated to Xi’s paranoia extending to his own allies.

German ambiguity. German attitudes toward China remain sharply divided: Public opinion has turned against Beijing, but the German government and business elite remains committed to its vision of China as a large market for Germany. (China is Germany’s third-biggest export partner, behind the United States and the rest of the European Union.) Reporting this week by Bethany Allen-Ebrahimian at Axios revealed that a high-ranking German official blocked a 2018 report on just how far Chinese influence in the country extended—even within the government itself.

China’s global law. An overwrought message—including five exclamation marks in successive sentences—issued by the Chinese Embassy in the United Kingdom threatens protesters in London with Hong Kong’s national security law, calling for their arrest by the British authorities. Many critics have emphasized the global scope of the law, and leaning into it seems like an error for China’s global image. But the embassy in London, like China’s diplomatic missions across the West, appears more concerned with maintaining its own status in a paranoid environment at home.

Golden Week stays home. It’s Golden Week in China, the annual holiday that surrounds National Day on Oct. 1. But with the pandemic effectively closing off foreign travel, Chinese tourists have been forced to go domestic. In October, Chinese visitors usually flood Thailand, Cambodia, and other nearby hot spots, but instead they have headed to the southern island of Hainan to get a taste of the sun.

Even with tourism redirected, a weak economy and pandemic fears meant that domestic consumption was down by a 31 percent since last year, which bodes poorly for consumer confidence.

Video game hit. The just-released Chinese-made game Genshin Impact is a huge hit with Western consumers—a rarity for a AAA game designed only by a Chinese studio, though Chinese firms own a large share of foreign video game companies. Like many mobile-first games, Genshin Impact is free to play but depends on hooking a small number of high spenders through in-game gambling for powerful characters.

The game’s adherence to Chinese censorship has already turned off some gamers, though, with terms including “Hong Kong” and “Taiwan” banned in its chat services.

China’s climate promises. Recent pledges by Xi that China would slash carbon emissions by 2060 drew some excited headlines—but they are basically worthless without actual, short-term commitments in the decades ahead. China promises lots of things in the future, including forced reunification with Taiwan; that doesn’t mean they’re going to happen.

Existing Chinese emissions have rebounded since the start of the pandemic, following a familiar pattern in which the enforcement of environmental regulations are weakened during times of economic crisis in order to spur recovery and drive up GDP figures. 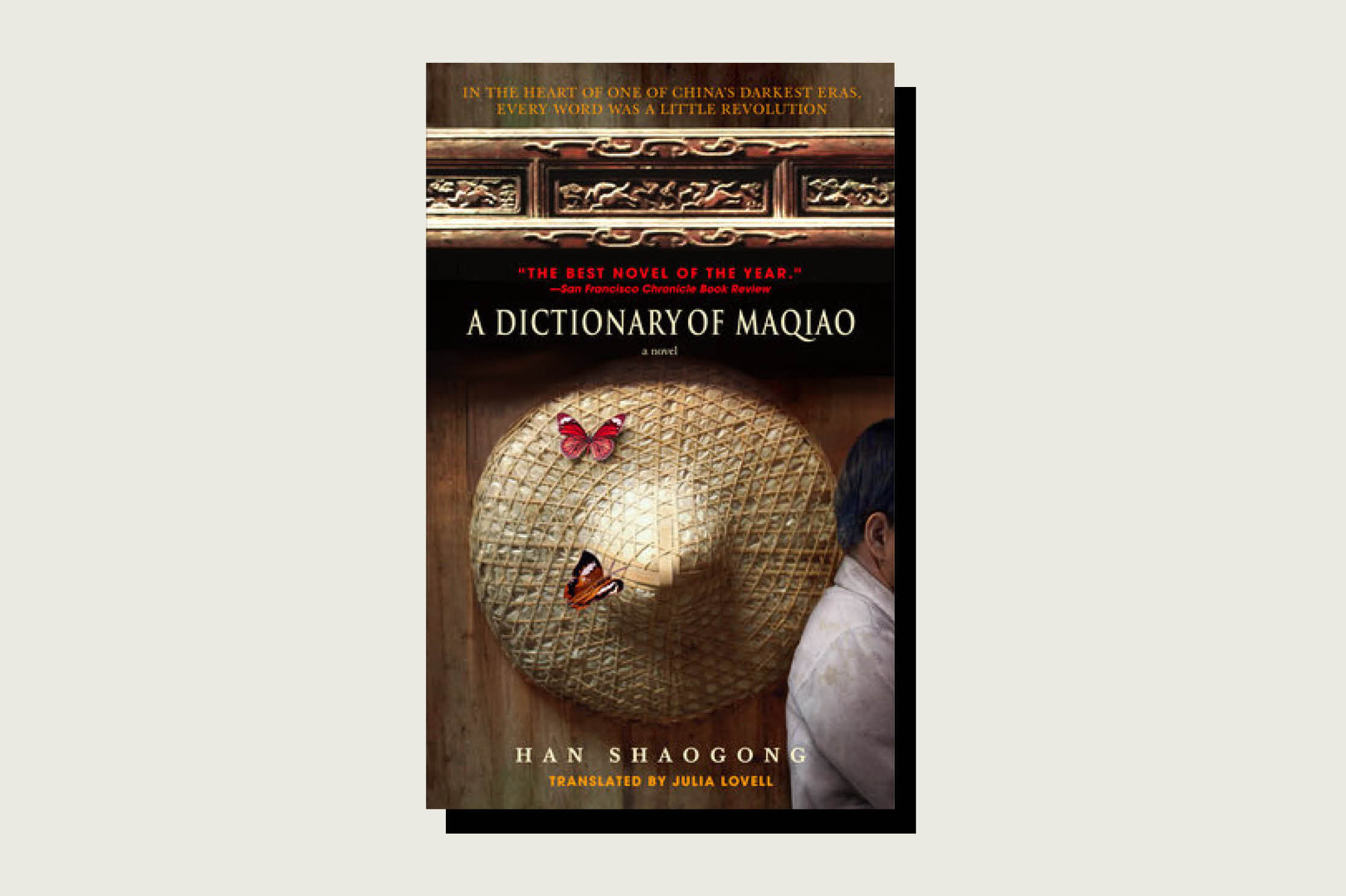 A Dictionary of Maqiao, by Han Shaogong, translated by Julia Lovell

The differing perspectives on China’s food crisis from the city and the countryside reminded me of one of the greatest explorations of rural life: Han Shaogong’s 1996 A Dictionary of Maqiao. The book is a depiction of a (fictional) Chinese village through the uniqueness of its dialect and life—and is one of the richest and funniest portrayals of the countryside and of the diversity of local Chinese culture.

Over the course of the book, its entries—including sex, gods, and the “street-sickness” of visiting the city—coalesce into a story of the damage done to ordinary villagers by politics and vendettas.

James Palmer is a deputy editor at Foreign Policy.

NEW FOR SUBSCRIBERS: Want to read more on this topic or region? Click + to receive email alerts when new stories are published on Politics, Health, China