A new set of regulations for how the top bodies of the Chinese Communist Party (CCP) hold meetings gives President Xi Jinping yet another tool in his quest for total control over politics in his country. The big change is that Xi, as the CCP’s general secretary, now has the authority not just to convene meetings of the seven-member Standing Committee and the 25-member Politburo—but also to explicitly set the agenda for them.

That is a powerful weapon in the CCP, where procedural authority really matters. The change allows Xi to exclude topics that could question his decisions or undermine him.

Xi has long shown paranoia about the emergence of a meaningful rival or successor. And meetings can be surprising battlefields. While Deng Xiaoping was in control, for example, there were periods when he refused to hold any Standing Committee meetings, forcing the other leaders to come to him directly for approval of any decision. Deng himself used such meetings to undermine and belittle his predecessor, the somewhat hapless Hua Guofeng.

Power in the CCP, like the Soviet Union’s Communist Party before it, is a mix of personal connections and bureaucratic weight that is hard to decipher. The rules do matter, especially when it comes to the small group meetings that determine policy. But the real skill is in the string-pulling to ensure the decisions made at the top-level meetings fall in one’s favor.

While in charge, Mao Zedong upended the existing rules of the party, using mob appeal and improvised new formats to cement his own rule. Xi, despite the frequent comparisons to Mao, has built his power on very different lines.

Under Xi’s rule, the CCP has codified disciplinary rules, with the aim of minimizing any sign of dissent. That has resulted in a chilling effect inside the party, especially in comparison to the relatively freewheeling days of the 1990s and 2000s, when internal discussion could be contentious and outspoken. Now, as one junior central government official told me this year, “They’re all just waiting to hear what they’re supposed to say before they say it.”

Genghis who? In another sign of increasing ethnonationalism, a French museum was forced to pull out of an exhibition on the Mongols co-hosted with an Inner Mongolian museum after the Chinese government insisted on removing the terms “empire,” “Genghis Khan,” and “Mongol.” China has often attempted to appropriate Mongolian history—it was ruled by Mongol conquerors between 1279 and 1368—and even claimed the leader Genghis Khan as Chinese.

This level of censorship is new, however. Along with the fierce crackdown against protests in Inner Mongolia in the last few weeks, it may indicate future cultural wars—and clashes with the Mongolian government in Ulaanbaatar, which fiercely defends its own heritage.

Mini-outbreak in check. In many countries, nine confirmed cases of COVID-19 would be a small and unnoticed cluster. In Qingdao, China, it prompted citywide testing, with all 9 million city residents set to be checked. (As of this writing, 3 million had been tested so far.) China’s mass testing, combined with centralized quarantine, has been one of its most successful weapons in its triumph over the coronavirus.

PLA vs. ARMY. The Korean band BTS, one of the world’s most popular pop groups, was attacked this week in Chinese media for accepting the James A. Van Fleet Award for improving U.S.-South Korea relations, with a speech that supposedly offended Chinese feelings. There was no mention of China in the speech, though BTS did say, “We will always remember the history of pain that our two nations shared together and the sacrifices of countless men and women”—a reference to the Korean War that was apparently sufficient to trigger Chinese nationalists online.

Ads featuring BTS promptly disappeared online in China. Meanwhile, the BTS fandom—known as ARMY—besieged Chinese media. They may be the latest recruits to the “Milk Tea Alliance,” a cross-national group of East Asians who resent China’s aggressive online nationalism.

The Shenzhen model. Xi’s speech on Wednesday in Shenzhen, the southern Chinese manufacturing giant that borders Hong Kong, reaffirmed the new CCP line on the economy: a focus on domestic consumption and Chinese innovation—and nervousness about the international scene. It’s a tricky message in Shenzhen, a city that is often pitched as an alternative to Hong Kong, despite lacking the same transparency.

With the pillars of Hong Kong’s prosperity looking shaky, Shenzhen may be appealing to international firms that still want to stay in China—under Beijing’s new rules.

New money. A fascinating report from the Australian Strategic Policy Institute lays out China’s electronic currency plans and their implications for business. While it is only in the early stages, Beijing has long harbored ambitions of shaping the global order through currency power, as the United States did with the dollar.

When I spoke to one of the architects of China’s financial monitoring, the professor Shi Yong, back in 2013, he also highlighted the power of surveillance in electronic transactions for, as he saw it, benevolent ends such as fighting corruption.

Financial services targeted. While the U.S. bans on Chinese services like WeChat and TikTok have been temporarily halted by judicial order, the Trump administration still has Chinese technology in its sights, with payment apps the likely next victim. Even in China, the sector has a dubious history, but bans would hit Chinese tech firms hard.

Chinese fintech is years ahead of its counterparts in the United States, where even regular bank transfers and card usage are decades behind European standards, and it has a real chance to establish itself as the global standard as other countries scramble to digitize payments. 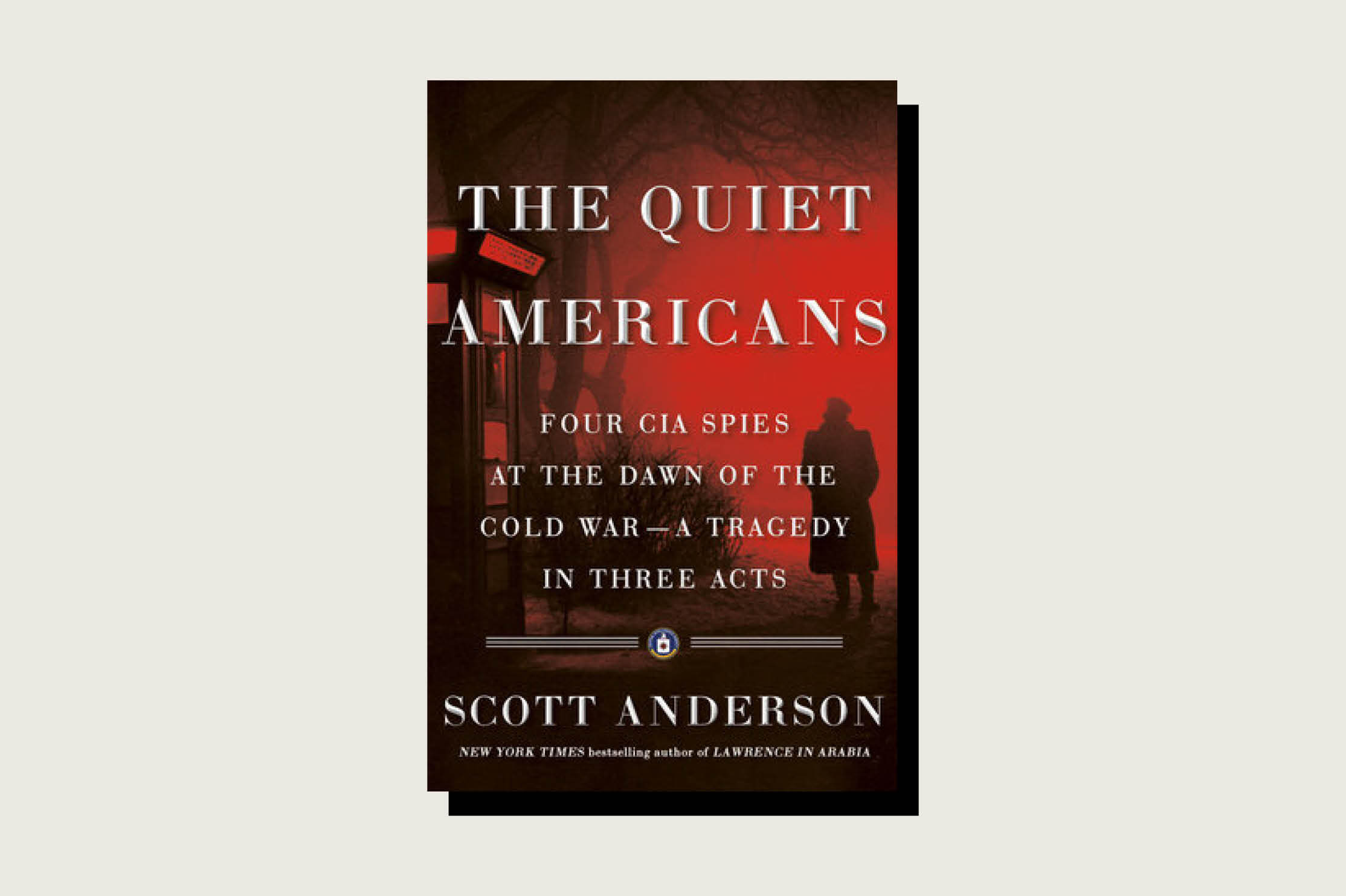 The Quiet Americans: Four CIA Spies at the Dawn of the Cold War—A Tragedy in Three Acts, by Scott Anderson

This isn’t a China book as such, although the shock of the “fall of China” to the Communists reverberates through it. But as a second cold war dawns, it’s fascinating reading—especially about how good intentions can turn into devil’s bargains with autocrats. The Soviet Union genuinely had high-level spies in the United States and United Kingdom, for example, but the witch hunt for them did as much damage as their treachery.

Equally, Chinese espionage and coercion in the West are very real, but overreaction and racism could prove equally poisonous.