Why India Is Debating Secularism Again

Welcome to Foreign Policy’s South Asia Brief. Today: What to make of the controversy over an Indian jewelry brand’s withdrawn advertisement, Sri Lanka turns to China amid a growing debt crisis, a new survey predicts how Indian Americans will vote on Nov. 3, and what we’re watching on Netflix.

Why a Commercial About Unity Splits Indians

Welcome to Foreign Policy’s South Asia Brief. Today: What to make of the controversy over an Indian jewelry brand’s withdrawn advertisement, Sri Lanka turns to China amid a growing debt crisis, a new survey predicts how Indian Americans will vote on Nov. 3, and what we’re watching on Netflix.

Why a Commercial About Unity Splits Indians

It was a seemingly innocuous TV commercial. A Hindu woman and her Muslim husband are expecting a baby. The Muslim man’s mother—trying to make her daughter-in-law feel welcome—organizes a baby shower in a traditional Hindu manner. It’s a feel-good family moment. (And cue the advertisement for Tanishq jewelry, which the Hindu woman happily receives.)

By Tuesday, Tanishq had had enough. It took down the advertisement and issued a statement saying the company was “deeply saddened with the inadvertent stirring of emotions” and that it would remove the advertisement “keeping in mind the hurt sentiments and well being of our employees, partners, and store staff.”

What it means. The speed with which the simple video celebrating an interfaith relationship was brought down is stunning, especially considering that Tanishq is owned by the Tata Group, one of the country’s biggest conglomerates with interests in industries as diverse as steel, information technology, and tea.

The calls to ban the advertisement reveal the growing dominance of an ugly side of Indian culture and politics. “Love Jihad” is not only a bizarre conspiracy theory built around a false notion of Hindus under siege, but it is also underpinned by the backward view that a woman is a man’s property—hence the anger over a beautiful Hindu bride in a Muslim family.

The weaponization of Hinduism in Prime Minister Narendra Modi’s India encourages such beliefs. Last year, the government adopted a new citizenship law that allowed refugees from neighboring countries to naturalize as long as they weren’t Muslim. India’s 200 million Muslims now have ample reason to feel threatened despite the fact that secularism is enshrined in the country’s constitution. The controversy over the Tanishq commercial will only make things worse.

Secular is becoming a dirty word. On Monday, Maharashtra Gov. Bhagat Singh Koshyari wrote a letter to the state’s chief minister, Uddhav Thackeray, mockingly asking if he had turned secular after Thackeray shut down places of worship because of the coronavirus pandemic. Thackeray, as president of the right-wing Shiv Sena party, hardly needed to be goaded on his Hindu-nationalist credentials.

But such is the moment India finds itself in. In the absence of viable national alternatives, Modi’s Bharatiya Janata Party will continue to equate secularism—a calling card of the opposition Indian National Congress—with weakness and the appeasement of minorities. And with it, a more muscular brand of Hindu nationalism is cementing its mainstream presence.

Coronavirus update. The good news is that the growth rate of coronavirus infections seems to be slowing in India. The bad news is that it’s difficult to believe the data, and several models show that the real number of new cases is orders of magnitude greater than those confirmed. Either way, India is still on track to surpass the United States as the country with the most recorded cases of the coronavirus sometime in November. Below is our four-week snapshot of total cases and deaths across South Asia.

Sri Lanka’s economic woes. Sri Lanka is increasingly turning to China to help it combat a worsening financial crisis and debt problem. On Sunday, the Chinese Embassy in Colombo tweeted that Beijing was considering a $500 million loan to the island country, adding mysteriously that “Haters never understand love”—likely a reference to fears that China may expect too much in return.

Sri Lanka doesn’t have too many options left, given its weak credit rating. As Nikkei Asia reports, Colombo has $50.8 billion of foreign debt on its books and has required 16 bailouts from the International Monetary Fund in the last 55 years. Only Pakistan has needed more help.

Meanwhile, the Hindu reports that U.S. Secretary of State Mike Pompeo may visit Sri Lanka at the end of October, around the time of a scheduled visit to India with Defense Secretary Mark Esper. And that brings us to…

Biegun’s India visit. U.S. Deputy Secretary of State Stephen Biegun was in New Delhi this week, where he told an audience at the India-U.S. Forum that in addition to increased defense sales and intelligence sharing with India, he believed Washington could help in “strengthening India’s ability to defend itself and by promoting interoperability among our militaries.” But he added that “as we advance in this direction, there is an elephant in the room: China.”

Bangladesh and capital punishment. Bangladesh’s cabinet has approved a bill allowing courts to sentence convicted rapists to death. Previously, the maximum allowed punishment was a life sentence. The decision comes after large protests in Dhaka and other cities over rape and sexual assault. While the threat of capital punishment adds a theoretical deterrent, it is no solution: The vast majority of rapes go unreported in Bangladesh, and less than 1 percent end in conviction.

On Thursday—just a few hours ago and just two days after the new law was announced—a court in the northern district of Tangailby sentenced five men to death for the 2012 gang rape of a 15-year-old girl.

How will Indian Americans vote on Nov. 3? There has been much discussion on this topic in recent weeks, especially since U.S. Democratic nominee Joe Biden selected Kamala Harris, whose mother was Indian, as his running mate. But there has been very little data to understand how Indian Americans, who comprise nearly 1 percent of registered U.S. voters, might vote. A new study by Sumitra Badrinathan, Devesh Kapur, and Milan Vaishnav seeks to redress this gap.

The highlights: 72 percent of Indian Americans plan to vote for Biden, while only 22 percent signaled their intention to vote for Donald Trump. Read the full report.

India’s coronavirus stimulus plan. New Delhi has announced a plan to pump $10 billion into its economy in a bid to revive growth after a 24 percent year-on-year contraction last quarter. The money is expected to give federal employees advance wages, among other measures designed to boost consumer spending ahead of the traditional festival season in November.

Speaking about the move, Finance Minister Nirmala Sitharaman tried to head off criticism of the relatively small stimulus with a call for fiscal prudence, saying that “today’s solution should not cause tomorrow’s problem.”

Pakistan bans TikTok. While countries such as India have banned TikTok over national security concerns, Pakistan’s telecommunications regulator blocked the Chinese-owned app last Friday for failing to block “immoral and indecent” content. The ban is not permanent: If TikTok puts a system in place to filter what Pakistan deems to be unlawful content, then it may be allowed to operate once again.

TikTok has 20 million active users in Pakistan, and the move against it is likely not geopolitical. Last month, Islamabad also banned the dating apps Tinder and Grindr amid a broader national campaign to set conservative mores on the internet.

As Netflix continues to invest billions of dollars in international content for its growing global audience, it has a lot of new shows and movies from India. A couple worth trying: Bad Boy Billionaires: India, a four-part documentary series about four billionaire tycoons brought down by allegations of fraud, and Serious Men, a movie based on the novel by Manu Joseph starring the Bollywood actor Nawazuddin Siddiqui.

The series about the country’s failed tycoons reveals the growth of a brash new India in which making—and enjoying—big money is celebrated. The former liquor baron and airline owner Vijay Mallya, for example, was a self-styled “King of Good Times” who peddled a version of the Indian Dream until his rash decisions and bad loans caught up with him. 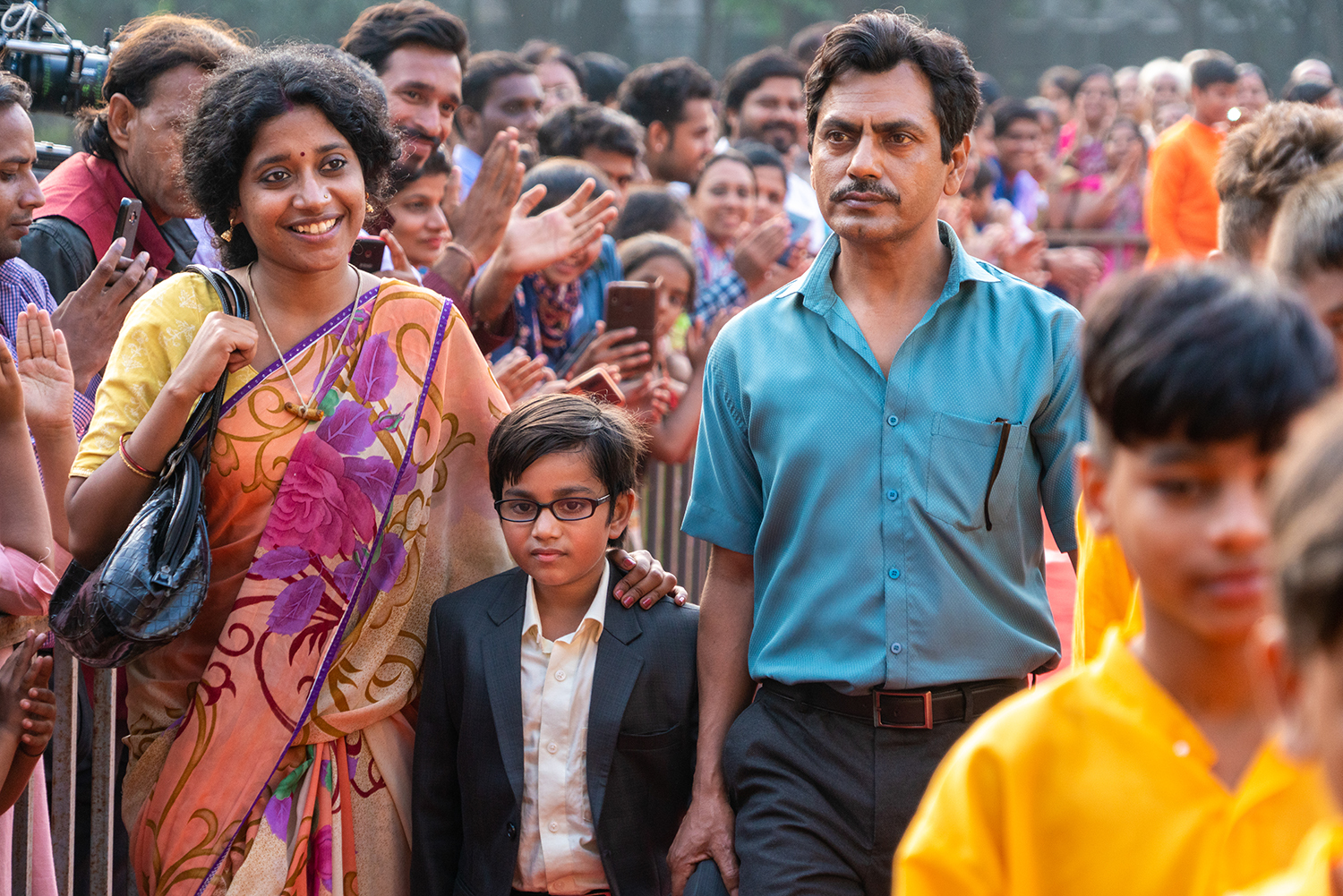 On the other end of the social spectrum, Serious Men tells the story of a Dalit man whose rash decisions also caught up with him. Siddiqui plays a lower-middle-class father who will do anything to see his son become a celebrity—including falsely parading him as a child genius researching alien life in space. The story feels improbable and bizarre, but I think it gets to the heart of something that Bad Boy Billionaires also tried to reveal: a citizenry with oversized, unlikely dreams.