The 35th president grew up wealthy, privileged, callow—and extremely sensitive to the weakness of others.

A weary visitor to the Kennedy compound at Hyannis Port, Massachusetts, once compiled a set of “Rules for Visiting the Kennedys.” “Anticipate that each Kennedy will ask what you think of another Kennedy’s (a) dress, (b) hairdo, (c) backhand, (d) latest public achievement,” it advised. “Be sure to answer ‘terrific.’ This should get you through dinner.” Then there was the infamous touch football, which was always “murder.” Here the rules of engagement were even more straightforward. “Above all,” it warned, “don’t suggest any plays, even if you played quarterback at school. The Kennedys have the signal-calling department sewed up.” Essentially, everyone else’s job was to “[r]un madly on every play, and make a lot of noise.” Lem Billings, John F. Kennedy’s closest friend, observed of the Kennedys: “With them, life speeded up.” Yet as with most things done at speed, it must have been exhausting. 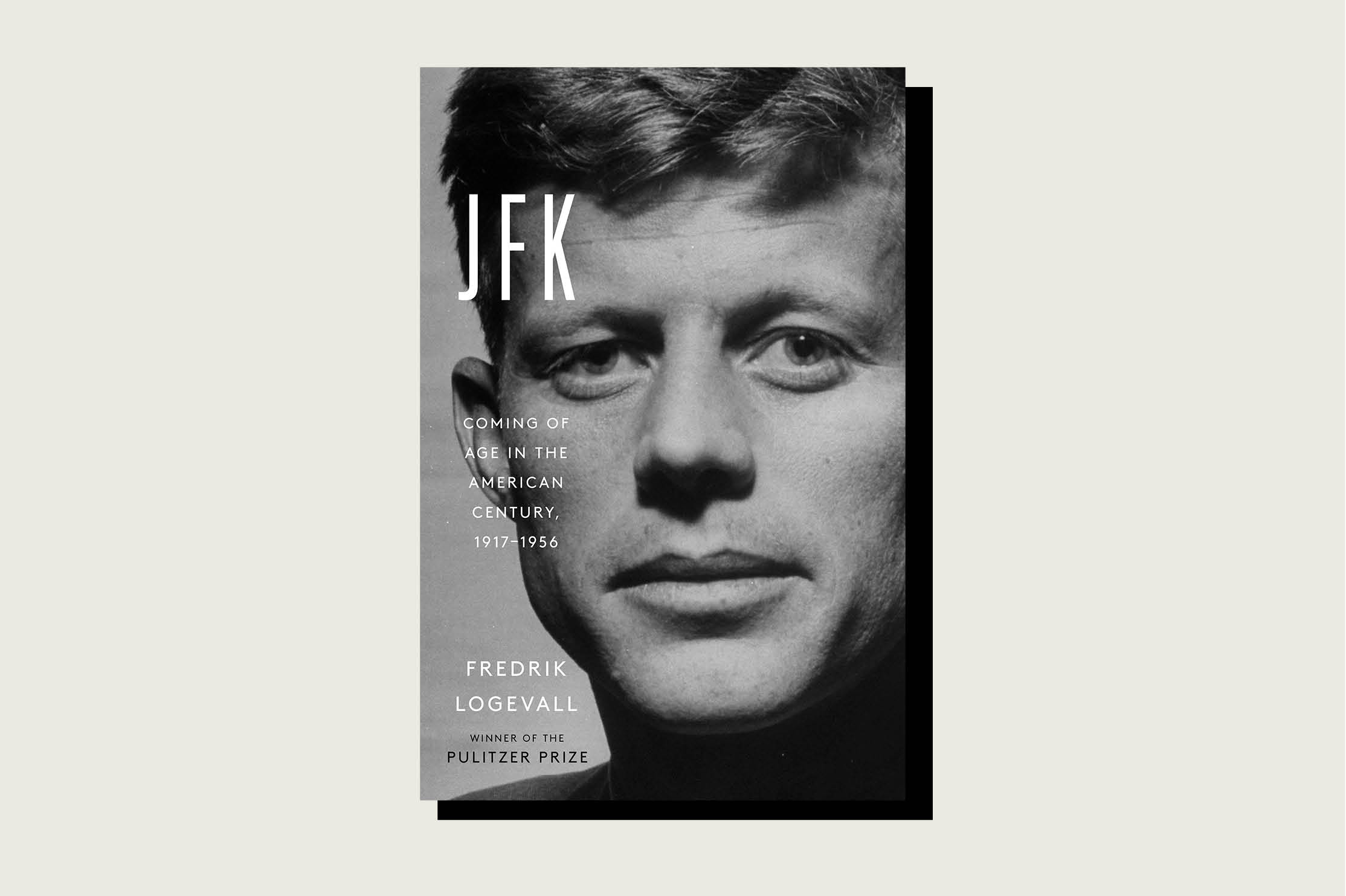 Not for “Jack” himself of course. He grew up in a series of bubbles—the Hyannis Port compound; another in Palm Beach, Florida; the private schools (Choate, Princeton, Harvard); the U.S. ambassador’s residence overlooking Hyde Park in London. Each allowed him to glide past most of life’s regular inconveniences. He rarely carried cash, usually leaving friends or acquaintances to pick up the tab in restaurants and then having his factotum reimburse them. Hotels around the world always knew where to send the bill. In 1942, on turning 25, Kennedy gained access to the 1926 trust established for him by his father; in 1948, when he turned 31, he was permitted to spend the earned income (without touching the capital) from another bigger trust. Taken together, they made Jack a rich man, who, as the eldest living son, was also heir to the majority of his father’s fortune (a billionaire in today’s money).

Growing up, Jack had some idea that he might like to be a writer. “Kennedy seemed at times like a young professor,” the novelist Norman Mailer would say of him, “whose mind was off in some intricacy of the Ph.D. thesis he was writing.” And here again his father’s money and influence helped smooth the way. A plethora of researchers, editors, and public relations boosters were assembled to help turn a Harvard senior thesis into the national bestseller Why England Slept. At the end of World War II, his father’s friend, the newspaper tycoon William Randolph Hearst, gave him a job as a foreign correspondent and sent him to San Francisco to report on the founding United Nations Conference and to Potsdam in Germany for the “Big Three” conference at which Harry Truman told Joseph Stalin about the existence of the atomic bomb.

Jack’s sense of entitlement extended to his personal relationships. He surrounded himself with loyal retainers, usually Irish Americans, who occupied a strange status between friends and staff. He acknowledged no limits and did not abide by the usual rules. The many stories surrounding JFK and sex are so well known now they barely need recounting. Even Jack himself described most of the relationships as being of the “Wham bam thank you ma’am” variety. Anecdotally he seems not to have forced himself on women, although judged by today’s standards his behavior has an unmistakably sinister quality. Either way, it’s clear that in all these encounters, in the words of one of his lovers, he “gave off light not heat.”

All of which is to say that Kennedy was often callow, vain, entitled, and in many important ways deeply mediocre. Yet as the Harvard professor and Pulitzer Prize-winning historian Fredrik Logevall points out in JFK: Coming of Age in the American Century, 1917-1956, the impressive first volume of this biography, “[T]hat was not the sum of the man.” For Kennedy was someone who understood that “life was capricious and fraught” and that he should “follow his parents’ exhortation issued regularly to their kids, to contribute to society, to believe in something greater than themselves and to act accordingly.”

Logevall writes with command and authority but also with an unstuffy brio. The research is extensive, taking advantage of the material now fully available in the John F. Kennedy Presidential Library after decades of family defensiveness about releasing files into the public domain. He is generous to other biographers and historians, quoting them at points in the story where earlier work shaped the accepted narrative on Kennedy’s life. And on Kennedy himself he is broadly sympathetic without being hagiographic. This book will not please the Dark Side of Camelot crowd, but no one, not even the fiercest Kennedy detractors, can dispute the high quality of Logevall’s analysis.

The most important correction that Logevall develops is to the idea that Jack was a reluctant entrant into politics, grudgingly taking up the burden of Kennedy family ambition after the death of his older brother, Joe Jr., during World War II. “Jack had his own reasons for selecting his path,” Logevall writes, which was “not in order to take Joe’s place but in order to express his own ideals and aspirations.” Jack had long been fascinated by politics, not least the political legend of his grandfather, John F. Fitzgerald (“Honey Fitz”), who had been a charismatic mayor of Boston. That attraction combined with his upbringing in a “household that revered public service and preached the obligation to do something worthwhile with one’s life” made entry into the arena almost inevitable for him.

Not the least significant reason for this engagement was the fact that Joe Jr.—“hot-tempered and domineering … [r]elentlessly argumentative … lack[ing] subtlety and grace” and borderline pro-fascist—had been an unpleasant person with hopeless political instincts, something that, by the end of his short life, he himself seemed to recognize. In contrast, Jack even from childhood seemed to have more empathy with those born into poverty and despair. “But how much better chance” in life, he asked in a schoolboy essay, “has [the] boy born with a silver spoon in his mouth … than the boy who from birth is surrounded by rottenness and filth?” It was a core philosophical position, Logevall writes, “staked out at sixteen, in the midst of the Great Depression, from which the grown-up Jack Kennedy—congressman, senator, president—would never waver.”

All to the good, but while there are plenty of people with the means to help those “less fortunate than themselves,” it does not necessarily imbue them with the qualities required to be elected, at the age of 43, the youngest president of the United States. So what was it that made Kennedy anything more than a moderately thoughtful, heart-in-the-right-place trust fund baby with a snappy dress sense and a pleasing manner? In a word, as with his predecessor Franklin D. Roosevelt, it was physical adversity that made him.

“Jack never wanted us to talk about this,” Billings recalled, but “all during his life [he] had few days when he wasn’t in pain or sick in some way.” Kennedy almost died from scarlet fever as a baby, was regularly in and out of the hospital for weeks or even months on end in his late teens and throughout his twenties, was diagnosed with Addison’s disease in the year he turned 30, and suffered from persistent migraines and severe stomach, prostate, and bladder pain, along with the extreme back pain that regularly required him to use crutches when out of the public eye. By the late ’1950s, Kennedy had already been given the last rites four times. Today we expect to know every last intimate detail of a president’s health. But for Kennedy, just his family and closest friends knew the full extent of his daily agonies, and it drew from them admiration and even awe. “I see him on TV, in rain and cold, bareheaded and I don’t worry,” Joe Kennedy Sr. said of his son. “I’ve stood by his deathbed four times. Each time I said goodbye to him, and he always came back. … You can’t put your finger on it, but there’s that difference.”

That difference was most powerfully on display during the events in Blackett Strait, a channel in the Western Province of the Solomon Islands, on Aug. 2, 1943, when a Japanese destroyer sliced through the 80-foot naval patrol torpedo boat PT-109 under Kennedy’s command. Two members of the 13-man crew were killed. Kennedy, a powerful swimmer, led the other crew members on a 3-and-a-half-mile swim to the nearest patch of land with an injured man strapped to his back. Then he swam back out to Ferguson Passage, where he spent a terrifying night attempting to flag down passing PT boats and came close to death as cold and disorientation overwhelmed him.

“Kennedy deserves no accolades for losing the first boat he commanded in the war,” Logevall writes, “but he does merit praise for his resourceful and, yes, heroic actions on behalf of his crew.” That’s to say the least. These were treacherous waters where Japanese forces patrolled and sharks and barracudas swam too. Burning gasoline fumes had polluted Kennedy’s lungs. He had a badly injured man strapped to his back, with the safety straps held between his teeth. There was no influential father to intervene here, no obliging staff to carry the extra load, no amount of money to make this experience any more palatable. A sense of entitlement was not going to get Jack the 3 and half miles from sinking boat to shore. Any obligation he felt to the man he was carrying on his back significantly decreased his own chances of survival, yet time and again during the ordeal he put his own life at risk to try to save his men. No wonder that in the immediate aftermath, and afterward when Kennedy became famous, those men spoke nothing but praise for his leadership and bravery that night. All told, it was an astonishing feat of physical and mental endurance, providing as good an insight into Kennedy’s character as is possible to imagine.

Dave Powers, Kennedy’s hard-nosed special assistant and general all-around fixer, would later say: “Without PT-109, there never would have been a President John F. Kennedy.” He meant it in the context of Jack becoming an all-American war hero, thanks in no small part to Joe Sr.’s brilliant media campaign using the New York Times, the New Yorker, and, most importantly of all, the mass-market Reader’s Digest. But it is also difficult to imagine that there could have been a President John F. Kennedy without the actual qualities of character that the swim exhibited.

Jack may have been a brat in many ways, but he was spoilt, not spoiled. Sickness and adversity had given him unexpected depths, so when he looked into the abyss that night in 1943, the abyss had not looked back. That would be a quality much tested while occupying the most powerful office in the world at the height of the Cold War, as Logevall will no doubt show in the second part of this biography.

As to volume one of this life of Kennedy, what do I think of it? “Terrific!”

Richard Aldous is a professor of history at Bard College and the author and editor of 11 books, including most recently Schlesinger: The Imperial Historian.

You Can Only See Liberalism From the Bottom

Why Pankaj Mishra sees the ideology’s limits more clearly than its most powerful fans.

The World Must Regulate Tech Before It’s Too Late