As the United States contends with one of the world’s worst coronavirus outbreaks, reels amid a racial reckoning, and braces for the most consequential presidential election in decades, there is no such thing as a slow news day. What does the world make of this unique moment in U.S. history? And how do foreign correspondents explain it to their audiences back home? 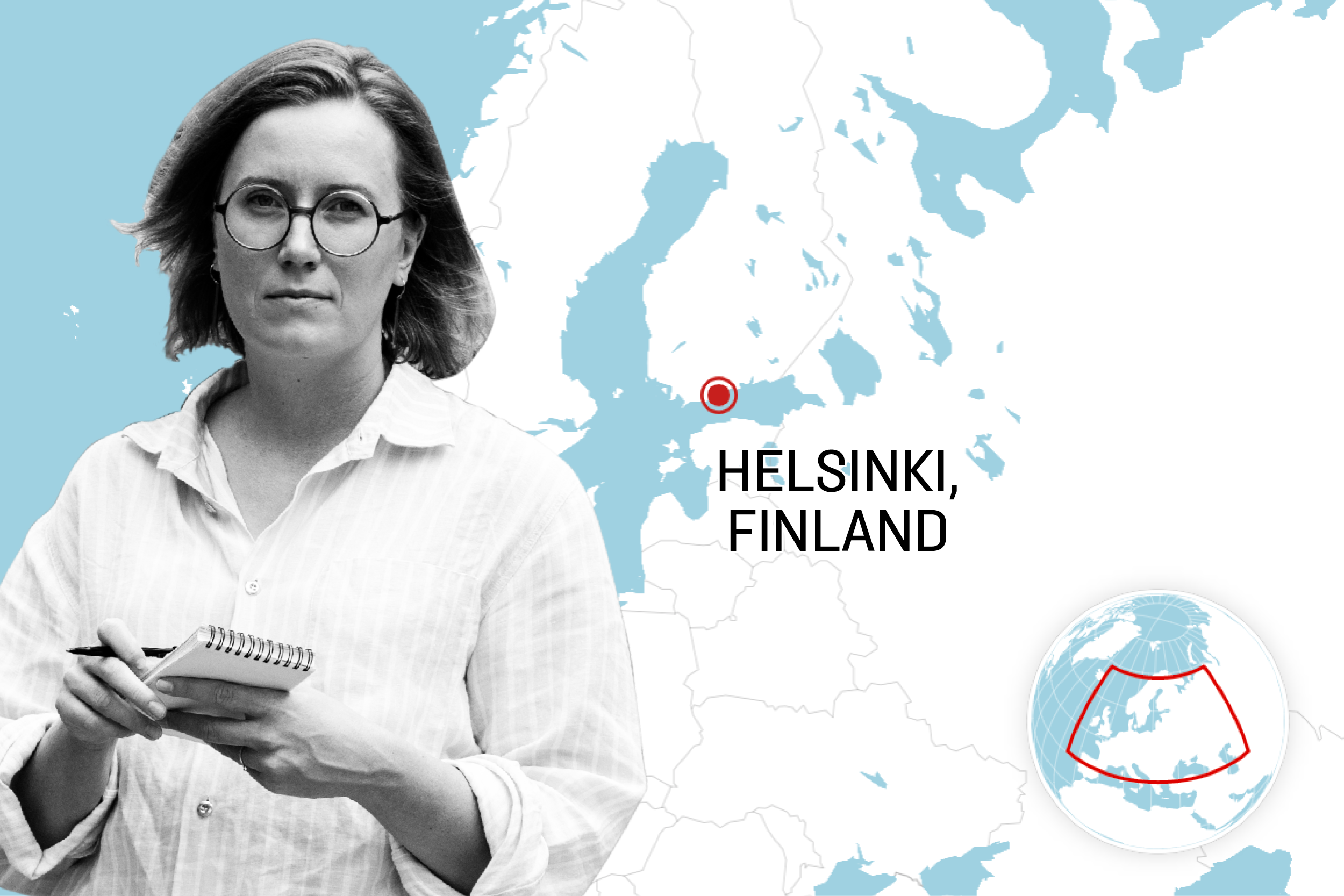 With about two weeks to go until the vote, Foreign Policy spoke to Anna-Sofia Berner, the U.S. correspondent for Finland’s largest daily newspaper, Helsingin Sanomat, for our series The View From There.

The following interview has been lightly edited for clarity and brevity.

Foreign Policy: Is there a lot of interest in Finland for stories about what’s going on in the U.S. right now?

Anna-Sofia Berner: Yes, there is enormous interest for sure.

AB: Well of course the main question is whether [President Donald] Trump is going to lose or not. That drives everything. Then I try and bring some nuance and different angles, but that’s definitely the primary reason.

FP: How has it been for you working as a foreign correspondent in America during this time?

AB: It’s great, I can’t deny it. Because our readers are so interested in what’s going on. I think the U.S. is always a great country to be a journalist because there are a lot of things happening, but now especially. Crazy times are good times for journalists, unfortunately.

FP: Is it hard for you to convey to your audiences in Finland the complexities and nuances of U.S. politics and life?

AB: It is hard. First of all because the country is so big and there is so much going on, especially these times when everything seems really so black and white and the polarization I think impacts even us and our readers. And I think it’s positive that through this growing interest I have the opportunity to try and bring the complexities to people.

AB: I think that they view the country through Trump. It’s a challenge to bring all of the movement and all of the change and shifting that’s happening on the Democratic side that Trump is also fueling. Just how much energy there is on the other side. Because for five years we’ve heard, you know, the Trump voter, their enthusiasm, their flags, and their hats. Trying to show that there’s actually a lot of energy on the other side as well.

FP: What has surprised you most when covering U.S. politics for an international audience?

AB: Every reporting trip I take I’m surprised by the people and how willing they are to talk to a tiny newspaper in a foreign, faraway country in a weird language. I think it’s easier to report here on regular people and on voters than in Europe, in many European countries. People are more open to it.

FP: How do people respond when you write or approach them and say, “I’m from a Finnish outlet.”

Why Is Finland Able to Fend Off Putin’s Information War?

Helsinki has emerged as a resilient front against Kremlin spin. But can its successes be translated to the rest of Europe?

AB: Often they laugh! In a good way. They’re like, “Oh, hey, what are you doing here?” And I think that helps a lot. They’re curious about me as well, so it works both ways.

FP: Do you think you get less suspicion among Trump supporters because you don’t have that association with, say, CNN or some of the other mainstream media that he’s maligned?

AB: For sure. I don’t have the experience of being an American journalist, but I do think being an outsider helps a lot in this tense situation.

FP: There’s a lot of very bleak discussion about the depths of polarization in America and fears that things could get ugly after the election. You’ve probably traveled more and met a greater range of Americans than many of us. Do you see any hope in bridging the polarization?

AB: The divides are real, and they’re not just about Trump. This is a power struggle, and it’s changing demographics, you know, all of that. To be honest I don’t believe in the “Kumbaya” idea of bridging the gap. But at the same time, I don’t think that even those divisions necessarily mean that people can’t live together. A lot of people tell me for sure that they’ve lost friendships or that they don’t talk to their family members. But at the same time I talk to people who are on complete opposite ends, and they laugh about it and they get along. But I think one of the hardest things right now for me is to know how worried we should be. That’s a question I haven’t been able to answer myself.

FP: Have you had any conversations with your editors about what happens if things get violent, do you have a procedure for that?

AB: We probably should have, and we should probably talk about it some more. I’ve bought some gear, I ordered a bulletproof vest, but I was thinking, “I’m really not going to use this.” But I have it in case I need it.

FP: As a European looking in, what do you make of the U.S. media coverage of the Trump White House and the campaigns?

AB: There’s so much of it. And it’s interesting. Last week I spent in D.C., and I spent a lot more time on Twitter, and I got sort of immersed in all of that. And now that I’ve been here in Arizona for a week as we’ve been out in the desert, I haven’t really been on Twitter. A lot of it feels very distant from when you’re not right in the middle, when you’re not on Twitter all the time. A lot of it is very far from what the voters are feeling.

FP: After 2016, after Trump was elected, there was a lot of soul-searching in the media especially on the coasts, about “How didn’t we see this coming?” Now with both state and national polls showing strongly in favor of Biden, do you think we’re at risk of making the same mistake again?

AB: Not the same mistake. I realized this past week I feel like maybe we’re making the mistake of not seeing a Biden win. We can’t know, but there’s been so much focus on Trump that I realized that a lot of our stories we had planned for this fall were about going back to 2016, going to Ohio, going to see the [border] wall and then I realized, wait a minute. This is not 2016. What is this election about?

Why Is Finland Able to Fend Off Putin’s Information War?

Helsinki has emerged as a resilient front against Kremlin spin. But can its successes be translated to the rest of Europe?