Once solid red, Georgia has become a battleground state in part due to its growing Latino population—and rampant anger at Trump’s immigration policies.

In the suburbs of Gwinnett County, northeast of Atlanta, the Trump administration has detained more immigrants than in any county not located along the U.S.-Mexico border. While President Donald Trump’s raids, family separations, and the deployment of U.S. troops to the southern border have largely faded from the headlines in the final stretch of the 2020 campaign, Latino voters who have long dealt with Georgia’s own harsh legislation targeting undocumented immigrants haven’t forgotten the rhetoric and actions of the White House.

In the suburbs of Gwinnett County, northeast of Atlanta, the Trump administration has detained more immigrants than in any county not located along the U.S.-Mexico border. While President Donald Trump’s raids, family separations, and the deployment of U.S. troops to the southern border have largely faded from the headlines in the final stretch of the 2020 campaign, Latino voters who have long dealt with Georgia’s own harsh legislation targeting undocumented immigrants haven’t forgotten the rhetoric and actions of the White House. 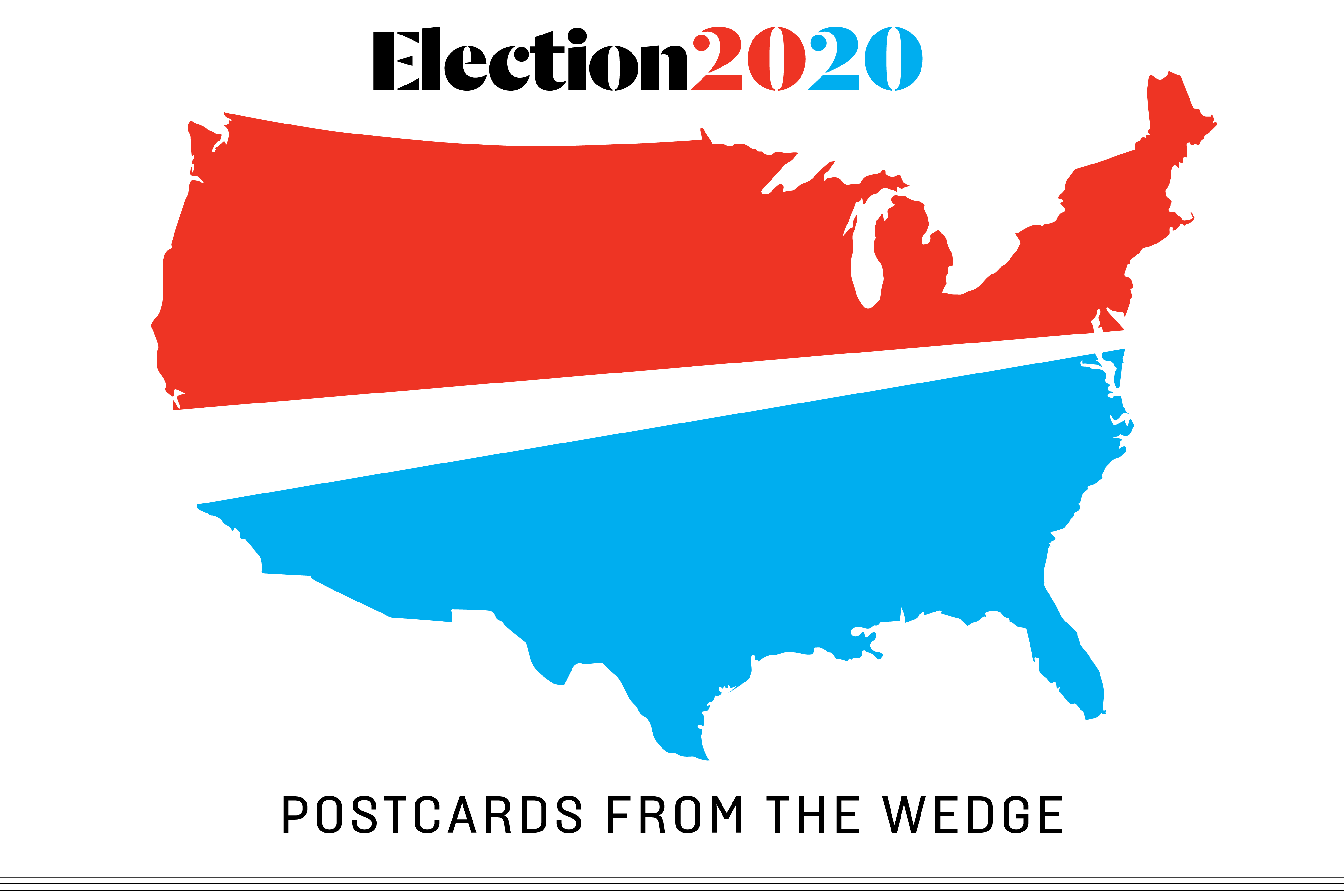 “This election [is] very personal,” said Carlos Garcia, the director of the Pro-Immigrant Alliance of Cobb County, which lies northwest of Atlanta. Garcia immigrated to Georgia from Mexico City in 1999 and became a U.S. citizen this year. “I saw [the] need to do something, and as soon as I could, obviously, I registered to vote.”

Gwinnett and Cobb are among a handful of suburban counties driving Georgia’s shift from a Republican stronghold to a battleground state: Polls show a dead heat between Trump and former Vice President Joe Biden in the Nov. 3 presidential election, and Democrats are gaining in the state’s two U.S. Senate races. And as part of that shift, the Latino community has emerged as a powerful electoral force. Mostly white until the 1990s, Gwinnett County residents are now majority-minority, and more than a quarter are foreign-born.

Atlanta-area Latinos are a potentially game-changing bloc in a state that Trump won by just over 200,000 votes in 2016. Latino voters now number more than 250,000, according to estimates from the Georgia Association of Latino Elected Officials, or GALEO. And they vote. During the 2018 midterm elections, 56 percent of eligible Latino voters turned out in Georgia, a higher rate than any other group in the state—and outperforming the Latino vote in both Arizona and Florida.

Already in 2016, the counties with the largest Latino populations, Gwinnett and Cobb, both went for the Democratic nominee for the first time in decades. “That’s where I think we can see the Latino community [in Georgia] clearly can make a significant difference in this election,” said Jerry Gonzalez, GALEO’s executive director.

But if Latino voters turn out in record numbers again, it will be against the Trump administration’s ethos rather than for Biden’s immigration platform, which largely focuses on reversing current policies.

“It’s not so much about Joe Biden as the person, quite frankly, as much as it is sort of what is different that is not Trump,” state Rep. Brenda Lopez Romero told me. “The environment that this administration has allowed—[for others] to feel that it is okay to threaten individuals because of their perceived immigration status—really has affected the quality of life for us here in the state.”

Latinos in Georgia are mostly first- or second-generation immigrants, the result of a surge in immigration from Mexico and Central America that began in the 1990s. That makes them acutely sensitive to the very programs that the Trump administration seeks to dismantle, such as temporary protected status for families from El Salvador and Nicaragua and Deferred Action for Childhood Arrivals.

“All of these issues greatly affect us because we are a very young immigrant community.”

“All of these issues greatly affect us because we are a very young immigrant community,” said Lopez Romero, a native of Cuernavaca, Mexico, who grew up along the Buford Highway corridor in Atlanta before becoming a U.S. citizen in 2008 and winning election to the Georgia General Assembly eight years later.

Even with the dramatic changes to Georgia’s electorate underway, Latino advocates still worry that a possible Biden administration won’t focus on their issues. “I haven’t really seen Joe Biden putting anything on the agenda that will be attractive to new citizens,” said Garcia, echoing concerns among others that “it’s not really a clear message when it comes to immigrants and the kids in cages.” (Lawyers have been unable to locate the parents of 545 children separated by the Trump administration, according to a Tuesday filing.)

Latinos in Georgia may turn out to vote en masse because U.S. Immigration and Customs Enforcement’s intensifying operations are on the ballot even in local races. In both Gwinnett and Cobb counties, two candidates seeking to replace long-standing sheriffs have pledged to stop cooperating with ICE to identify undocumented residents through local arrests and push them into immigration detention.

And some of the most harrowing allegations against ICE since Trump took office hit especially close to home for Latinos in Georgia. Last month, a legal complaint filed on behalf of a whistleblower nurse at an ICE detention center in Irwin County, Georgia, reported “jarring medical neglect” and an unusual number of hysterectomies among Spanish-speaking detainees—some allegedly conducted without their full consent. ICE’s Atlanta regional office recorded a 5 percent increase in deportations in fiscal 2019, mostly from the increase in people apprehended at the U.S.-Mexico border and transported to Georgia’s detention centers.

As elsewhere, in Georgia the health and economic effects of the COVID-19 pandemic have fallen disproportionately on Latinos. Many are essential workers in the service industry or the state’s poultry plants, and concerns about Trump’s handling of the pandemic may also push voters to the polls. Some are already there: Georgia’s in-person early voting began on Oct. 12, and Gwinnett County recorded more ballots in the first week than in the entire three-week period in 2016.

Georgia’s history of voter suppression still weighs heavily on Latino voters’ minds. Only Gwinnett County has Spanish-language ballots. But in-person voting may be a way around the potentially confusing, multistep mail-in ballot instructions that could otherwise deter Latino voters.

Garcia, a first-time voter himself, isn’t taking any chances: “I’m planning to be there in person—me, myself, and I—to make sure my vote is counted,” he said.

Trump’s Anti-Immigration Crusade Is About to Strike at the Heart of the U.S. Economy

Foreign talent has been the secret sauce of America’s innovation economy. The door is about to shut.

The United States Treats Migrants Worse Than Prisoners of War

NEW FOR SUBSCRIBERS: Want to read more on this topic or region? Click + to receive email alerts when new stories are published on Politics, United States

Trump’s Anti-Immigration Crusade Is About to Strike at the Heart of the U.S. Economy

Foreign talent has been the secret sauce of America’s innovation economy. The door is about to shut.

The United States Treats Migrants Worse Than Prisoners of War