Poll: How Biden and Trump Differ on Foreign Policy

A survey of academics underscores sharp divergences on key issues but expects bipartisan alignment next year on China, cybersecurity, and counterterrorism. 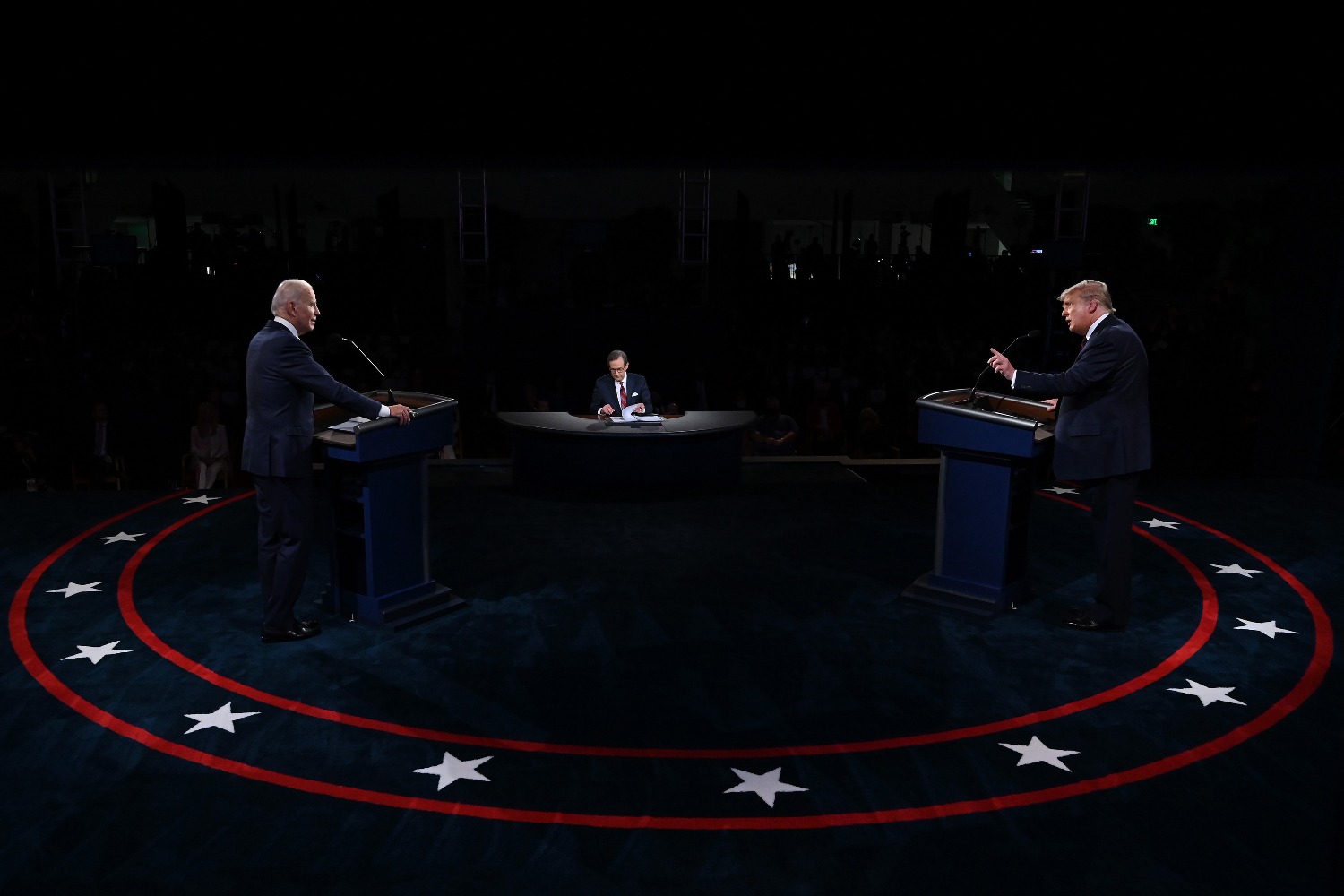 U.S. presidential elections rarely focus on foreign policy, and the 2020 election campaign has been no exception so far. In fact, international affairs appear to be taking even more of a back seat during the current election season as the nation focuses on the domestic economy, racial justice issues, and a public health crisis. Even so, international relations (IR) experts believe that the election outcome will have outsized implications for U.S. foreign policy and America’s place in the world.

In mid-September, the Teaching, Research, and International Policy Project at William & Mary’s Global Research Institute, with the support of the Carnegie Corporation of New York, surveyed IR scholars at U.S. colleges and universities on the consequences of the presidential election for U.S. foreign policy. The results we report below are based on responses from the 706 scholars who responded to our invitation to participate in the survey.

Respondents see glaring differences between President Donald Trump and Democratic contender Joe Biden’s policies on climate change, global health, and engagement with multilateral organizations, as well as the likelihood that other countries will cooperate with a United States led by each candidate. IR scholars see a similarly large gap in the candidates’ respective competence and ability to effectively implement their different policy agendas. In sum, the respondents give Trump a failing grade on foreign policy. (Complete results can be found here.)

IR experts believe that Trump and Biden will pursue starkly different policies across almost all major foreign-policy issues but especially with regard to multilateralism, climate change, and global public health. Trump’s “America First” rhetoric has been matched by his skepticism and even outright hostility toward multilateral organizations, reflected in his decisions to withdraw the United States from the World Health Organization (WHO) and the U.N. Human Rights Council and his threat to withdraw from NATO. On climate change, Trump has taken similar steps, taking the United States out of the Paris agreement. In contrast, Biden has voiced his support for a return to the post-World War II multilateral status quo, arguing in particular for renewing U.S. support for NATO, continued U.S. membership in WHO, and a recommitment to the Paris agreement on climate change.

IR scholars see less daylight between the candidates on exchange rates, the use of military force, counterterrorism, and relations with China.

IR experts see little difference between the two candidates on their propensity to use military force, with nearly half of respondents saying that the outcome of the election won’t affect Washington’s use of force abroad. This suggests that Trump is viewed by IR scholars less as an isolationist and more as a unilateralist.

IR scholars see a much wider gulf between the candidates when it comes to other countries’ responses to the outcome of the U.S. election. Ninety-two percent of experts said foreign governments would be more willing to collaborate with the United States if Biden won. This is surprising since, traditionally, most IR scholars tend to avoid ascribing outcomes in world affairs to the traits or personalities of particular leaders. In recent years, however, this reticence to assign causal importance to individual leaders has declined, and our survey results seem to support this rekindled attention to leaders and leadership.

Respondents also think Trump and Biden are worlds apart in their ability to achieve their respective foreign-policy goals over the next four years. On average, IR scholars believe that a President Biden would be more than twice as effective as Trump (61 percent versus 30 percent, respectively) in achieving his stated foreign-policy goals.

How does Trump compare with his predecessor Barack Obama on foreign-policy issues? Our survey asked respondents to compare Trump’s performance with that of Obama across a variety of foreign-policy issues. Seventy-one percent of respondents indicated that Obama outperformed Trump in every area of foreign policy. Trump received his strongest grades on the use of military force, where about 19 percent of IR scholars thought he performed as well or better than Obama. About 12 percent responded that Trump’s China policies fared as well or better than Obama’s.

Who will IR scholars support for president?

Although not a crucial voting bloc in the upcoming election, IR scholars—who rarely agree on anything—are nearly unanimous in their support of Biden over Trump in the upcoming election. Among those who are eligible to vote in the election, about 91 percent say they would vote for Biden, and only about 5 percent say they would vote for Trump if the election were held today. It is unsurprising that self-identified liberal Democrats say they will vote for Biden, and our sample of scholars is disproportionately composed of liberals and Democrats. Like Republican foreign policy and national security experts outside academia, however, our respondents are much more likely than their co-partisans in the general public to cross party lines to support Biden. The graph below highlights the gap (about 30 percentage points) between Republican experts and Republican members of the public and an even greater gap (about 35 percentage points) between independent experts and independent members of the public. Deep knowledge of international relations and foreign policy seems to have a large effect on vote choice that is independent of partisan affiliation for the experts in our sample. Data on public vote intentions is from a Quinnipiac University poll that was in the field at the same time as our survey of scholars.

Is there hope for a bipartisan foreign policy in 2021?

When asked which foreign-policy issue was most likely to attract bipartisan support in 2021, IR scholars’ most frequent answer was China. Both the Trump administration and the Biden campaign have signaled an increasingly assertive approach to China. In a highly polarized political environment, the wisdom of our expert respondents suggests that U.S. policy toward China, as well as cybersecurity and counterterrorism, represents rare opportunities for bipartisanship.

What Would a Less Europhobic Trump Look Like—if He Wins?

Transatlantic relations are at a low point. But there are reasons why even Trump might want to mend them.

For all the chaos, the Trump administration has notched some notable victories abroad. The question is whether they outweigh everything else Trump brought to Washington—and the world.

Trump's foreign-policy instincts might be more sound—but he has forfeited the chance to lead.

Irene Entringer Garcia Blanes is a project manager for the Teaching, Research, and International Policy project at the College of William & Mary. Twitter: @EntringerIrene

Alexandra Murphy is a project manager for the Teaching, Research, and International Policy project at the College of William & Mary. Twitter: @azmurphy_