After the peace deal with the United States, the militant group has doubled down on collecting “taxes” from Afghanistan’s coal miners.

KABUL—Each year, as winter closes in on Afghanistan’s rugged mountainous region, Mohammad Bilal, a 45-year-old coal worker, readies himself for a busy few months. As temperatures drop, and without better sources for heat, the demand for coal will soar.

This year, Bilal, who requested to go by a pseudonym for his safety, expects the winter months to be stressful for a different reason. Thanks to hikes in the payments that the Taliban extort from businesses as “taxes,” he expects the price of this essential winter commodity to rise significantly—straining markets and customers who depend on the fuel for warmth.

While businesses in the region have grown accustomed to local insurgent groups demanding money, the recent spike in fighting has seen an increase in the amount they have had to pay to ensure secure passage of their goods through Taliban-controlled areas. “We pay the Afghan government taxes, but we also have to pay the Taliban to continue operating,” Bilal, who has been operating a coal distribution business in the northern provinces of Afghanistan for the last 18 years, said in September. “Earlier we used to pay Taliban 3,000-3,500 afghanis [$40-45] per truck, but now they charge 10,000 afghanis [$130] per truck. This is aside from what we pay the Afghan government.”

The Taliban’s so-called taxes are collected at various checkpoints along the national highways that crisscross Afghanistan’s conflict-riddled landscape. In years past, the checkpoints weren’t always manned. But this year, “there is always someone there to collect the money,” Bilal said. The Taliban even issue tax receipts complete with their logo and a stamp to officiate the collection process. A failure to pay or to provide a receipt, Bilal says, is punished by Taliban insurgents setting fire to their trucks.

Rizwan, an Afghan truck driver who regularly transits the northern trade routes between Kabul and the provinces that border Turkmenistan, Uzbekistan, and Tajikistan, concurred with Bilal. Rizwan, whose name has also been changed, has been a driver for nearly a decade and has seen the gradual change in the Taliban’s extortion operations. “Not only do they have more control over certain parts of the road than they did before, they are also more serious about collecting their taxes,” he said in an interview in September. “If we don’t pay, they won’t let us pass. … If you escape, you will be caught at another checkpoint. It is impossible to avoid their taxes.” 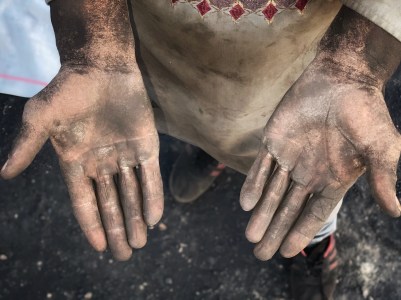 Coalworkers share anecdotal evidence of harassment by the Taliban who have threatened to set trucks on fire over non-payment of their taxes in Mazar-i-Sharif on Sept. 26. Hikmat Noori for Foreign Policy

According to Mohammad Najeeb Azizi, a former chief economist with the Afghan government, the Taliban are also getting serious about levying their tolls in the south, southeast, southwest, and including on crucial trade highways between Herat and Kandahar, Kabul and Kandahar, and even Kabul and Khost. “In fact, it is not only the coal traders who are paying these illegal taxes to the Taliban, but there are unconfirmed reports that even state-owned enterprises such as DABS [Da Afghanistan Breshna Sherkat, Afghanistan’s national power company] are paying these taxes to them in a number of districts they control,” he said in Kabul in October.

“The Taliban have various sources of revenue, mainly coming from state as well as nonstate actors in the region and internationally,” Azizi pointed out. “However, for their local military operations, they rely heavily on the narcotics and mining sector, along with collecting Islamic taxes such as zakat and ushr from local farmers and businesses.”

The Taliban’s finances, although opaque, have been the subject of many studies over the years. A recent report by Radio Free Europe/Radio Liberty estimated that the Taliban earned a total of $1.6 billion in the last financial year, of which $160 million was acquired from taxes. This is significantly higher than in the previous years, when the total was speculated to be about $1 billion. The most notable increase in profits, the report observed, was from the mining sector, “growing from $35 million in 2016 to $464 million in 2020.”

Afghan officials acknowledge the problem. “Let’s not call it tax. Tax is only paid to the government that provides services to the people,” Shamroz Khan Masjidi, a spokesperson at the Afghan Finance Ministry, said in an interview in Kabul last week. “What the Taliban collect is extortion money and is against the law,” he said, admitting that it was an unfortunate extra burden on the private sector. The Afghan security agencies have attempted, with little success, to protect districts and highways that the Taliban troll for “tax collection.” However, the magnitude of the war and the increasing areas of control under the Taliban have made it harder to prevent the group’s illegal business.

Afghan economists suspect the increase in the amount that the Taliban extort from the transportation services is to help fund their growing insurgency. According to Azizi, the revenue is used particularly for financing their operations, strengthening their networks, and for new recruitments. “Of course, since the deal signed between the U.S. and Taliban, we have seen a dramatic increase in the military operations by the Taliban across the country, so I do see it as a reason why this may have increased taxes and collection frequencies,” he speculated.

Meanwhile, the Taliban taxes have become part of the way the group is positioning itself as an alternative government. The Taliban spend a small fraction of their budgets on public services. For instance, at the start of the COVID-19 pandemic, they launched a health campaign to raise awareness of the disease and encourage people to take precaution. However, such efforts are not a significant portion of the Taliban’s spending.

For local coal businesses, the multiple duties, coupled with high costs of production and labor, are bound to increase the costs of their products this year. “Last year, the prices were about 12,000 afghanis [$156] per tonne, but this year it is already over 15,000 afghanis [$195] for the same amount, and we fear it might increase further,” Bilal said. “I don’t know how will the poor will afford coal, especially with the winter coming.”

Rizwan added in agreement. “The rich will survive. It will be the poor Afghans who will suffer,” he said, the concern sounding deeply personal to the truck driver who makes about $130 per month. “We earn our living, despite these risks, to feed our family and children, but they use the money they collect to feed our children and families with bullets and rockets.”

Hikmat Noori is an Afghan journalist based in Kabul.

The Road to Peace In Afghanistan no Longer Runs Through Pakistan

Once considered a regional spoiler, Islamabad’s influence over the Taliban has waned.