Donald Trump won Florida by a 100,000-vote margin four years ago. To repeat in the must-win battleground, the president’s campaign is targeting Florida’s Colombian American voters, a bloc that has leaned Democratic in U.S. elections but which fears Latin America’s far-left parties will be resurgent under Joe Biden.

Donald Trump won Florida by a 100,000-vote margin four years ago. To repeat in the must-win battleground, the president’s campaign is targeting Florida’s Colombian American voters, a bloc that has leaned Democratic in U.S. elections but which fears Latin America’s far-left parties will be resurgent under Joe Biden. 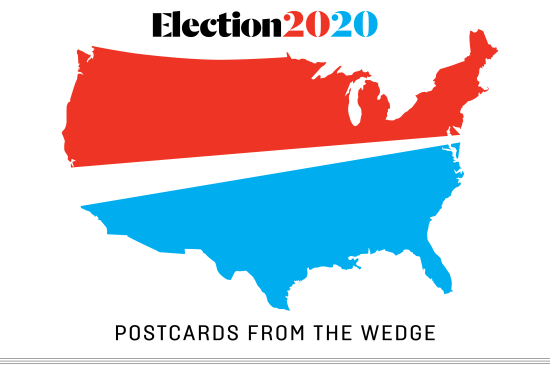 Trump found his opening in mid-October when the left-wing Colombian senator and failed 2018 presidential candidate Gustavo Petro announced his support for Biden. On Twitter, Trump called Biden “weak on socialism” and said he would “betray Colombia.” And in a bid to siphon votes from Colombian Americans who still favor a hard-line approach to the decades-long armed conflict against Marxist rebels in their home country, Trump reminded supporters during a campaign rally in central Florida this month that “Biden even received the endorsement of Colombian socialists, [including] Gustavo Petro, a former member of the M-19 guerrilla organization, and he took it.”

In fact, top members of Biden’s campaign were quick to reject Petro’s blessing. But that hasn’t stopped Trump from using the Twitter endorsement in a Spanish-language ad linking the former vice president to the leftist politics practiced by the socialist leaders Fidel Castro of Cuba and Hugo Chávez of Venezuela.

Petro has become a controversial figure in Colombia, a country that has refused to elect a leftist president due to its troubled history with far-left armed groups. The former guerrilla leader, who served as mayor of Bogotá and whose left-wing policies worried some voters during his presidential run, is still regarded by some in the country as a latter-day Chávez.

“When they saw [Petro] endorsing Joe Biden, it really startled many people in that community,” said Giancarlo Sopo, a Spanish-language media director for Trump’s campaign. “And we made sure that Colombian Americans are aware that he was supporting Joe Biden’s campaign.”

Florida’s 250,000 Colombian Americans tend to be wealthier and better educated than most groups of Latin American origin in the United States, but many still worry about armed conflict and drug violence back home, which are also the main drivers of emigration from Colombia.

That has given this group a Janus-faced personality when it comes to politics. Colombian Americans trend Democratic in U.S. elections, but of the 110,000 Colombian Americans who cast ballots in Colombia’s 2018 presidential election, a majority favored the right-wing candidate Iván Duque at much higher rates than their compatriots at home.

Colombia’s instability has also made Colombian Americans vulnerable to political influence from outside the United States. Former President Álvaro Uribe still remains the dominant force of the Colombian right and a guru for Colombian Americans in South Florida who fear “Castro-Chavismo”—a watchword for the rise of socialist governments in Latin America. The term is now showing up in Trump’s attack ads, and Uribe loyalists back in Colombia may even be trying to sway Florida voters themselves, prompting fears of election interference.

Last month, an investigation by the Miami-based radio station WLRN indicated that elected members of Uribe’s party were meddling in the U.S. elections by campaigning for Trump and other Republican candidates in South Florida. And this week, the U.S. ambassador to Bogotá urged Colombian politicians to stop getting involved in the U.S. elections, noting that U.S.-Colombia relations have long been “based on bipartisanship.” While the officials have drawn criticism for picking sides, Juan David Vélez, a representative for Colombia’s expatriated citizens in the nation’s Congress, insisted that he couldn’t stay silent.

Vélez, who splits his time between Miami and Bogotá, argued that Biden’s policies “are very similar to the policies that Petro wants to implement in Colombia,” adding that “you see Petro supporters in South Florida supporting Joe Biden as well.” Petro’s policies, Vélez said, align more with those of Vermont Sen. Bernie Sanders, but given the lack of other options, his supporters opt for Biden. But the former vice president has pushed back strongly. This month, he took an unprecedented step and published an op-ed in Colombia’s newspaper of record, in which he stated the country would be one of his top priorities.

“Less than a month from the most important election in modern U.S. history, the stakes for the Colombian American community are higher, both because of the future of democracy in the United States and our economic prosperity and because of the U.S. global leadership and the U.S.-Colombia relations,” Biden wrote.

Trump and his surrogates have cast about for ways to discredit progressive Democrats (and Biden) by tying them to the disastrous policies pursued by Latin American socialists. Earlier this year, the Trump campaign began circulating a 2015 photo of Biden and Venezuelan President Nicolás Maduro cozying up to each other during the inauguration of then-Brazilian President Dilma Rousseff. And Vice President Mike Pence has repeatedly aided Trump by comparing so-called socialist Democrats to Latin American dictators, all while Trump sent dozens of love letters to North Korean dictator Kim Jong Un.

Despite Biden’s efforts to shed the Castro-Chavista label thrown about by Trump supporters, conservative Colombian Americans hope that they can turn their Democratic-leaning community red, helping to reelect the president.

“When I first moved here, we didn’t have the vote, but the Colombian American community has grown a lot and has become stronger,” said Fabio Andrade, a vocal conservative Colombian American organizer who made headlines for giving the president a “Trump 2020”-emblazoned Colombian sombrero at a recent campaign stop. “Given the importance of this election in which each vote matters, the Colombian vote has become an essential vote in Florida. And we’ve managed to swing that vote.”

This article was updated on Oct. 27 to reflect new developments.

Once solid red, Georgia has become a battleground state in part due to its growing Latino population—and rampant anger at Trump’s immigration policies.

Would a Biden administration put the swagger back into America’s championing of human rights in the region?