What the U.S. Elections Mean for India

Would Biden and Modi get along? While much is made of leaders’ personal chemistry, the larger trend is that the world’s two biggest democracies are growing closer.

Welcome to Foreign Policy’s South Asia Brief—delayed by a day to account for the U.S. election results.

Welcome to Foreign Policy’s South Asia Brief—delayed by a day to account for the U.S. election results.

What the U.S. Election Means for South Asia

Throughout Donald Trump’s presidency, surveys have shown that people around the world have little confidence in his foreign policy. In January, for example, a Pew Research Center survey found that only 13 percent of adults in Germany and 8 percent in Mexico had faith that Trump would “do the right thing regarding world affairs.”

India is one of the few countries—including Israel, the Philippines, and Poland—where a majority of people surveyed expressed confidence in Trump. In India’s case, 56 percent said they trusted Trump. What does that mean for a potential Biden presidency?

There are several possible reasons why Indians warmed to Trump. For one, Indian Prime Minister Narendra Modi was quick to build a public rapport with the U.S. president, with high-profile joint events in Houston and in Ahmedabad, Gujarat. Second, policies such as Trump’s travel ban may have found a sympathetic audience in Modi’s India. And third, Trump’s hawkish stance on China gave renewed impetus to the rationale for expanding U.S.-Indian ties on defense and intelligence sharing.

What might change under a Biden administration? Not too much. For all the hype around Modi’s supposed chemistry with Trump, the media said similar things about Modi’s relationship with former President Barack Obama. In other words, Modi has shown he can build relations with both Republican and Democratic leaders.

More substantively, analysts place perhaps too much emphasis on the personal chemistry between leaders. The broader trend remains that the U.S.-Indian relationship has progressed—in defense, intelligence-sharing, trade, and people-to-people ties—over the past two decades under leaders of all stripes. India is one of the few foreign-policy issues with bipartisan agreement in Washington.

It won’t all be smooth sailing under Biden. Salvatore Babones writes in Foreign Policy that New Delhi should be wary of how Kamala Harris might be tougher on India as vice president, putting human rights at the center of her approach. That may be the case, but I think the relationship between the two countries is robust enough to adapt. After all, Obama criticized Hindu majoritarianism when he visited India in 2015. Ultimately, the United States and India will find common cause in their hardening stances against China.

Outside of India, a Biden presidency won’t change much with regard to U.S. policies in other South Asian countries. As Ali Latifi wrote in Foreign Policy last week, Afghans know that the die is already cast for them: Biden is likely to continue the withdrawal of U.S. troops that accelerated under Trump’s presidency.

What about Pakistan and Bangladesh? The two countries are among the top five countries with the most Muslims in the world, and for that reason may find it easier to avoid dealing with Trump. And Islamabad will no doubt remember that Biden helped negotiate $1.5 billion in military aid to Pakistan in 2008, an effort for which he was awarded the Hilal-e-Pakistan, the country’s second-highest civilian honor.

Several other Indian Americans won their races for House seats. Democrats Pramila Jayapal, Ami Bera, Raja Krishnamoorthi, and Ro Khanna will return to the House for another term. But several other candidates failed, including Sri Preston Kulkarni, who ran for a House seat from Texas, and Sara Gideon, who failed in her bid to win a Senate seat in Maine.

Indian Americans were expected to play a larger role in this election. Once demographic data is released, we’ll come back to explore the impact they had.

If Khan goes ahead with the plan, it would reopen wounds from last year, when India revoked Indian-administered Kashmir’s special privileges. Islamabad’s move would be seen as a tit-for-tat measure, simultaneously provoking anger in India while reducing Pakistan’s ability to continue to criticize New Delhi’s decision.

Deadly Kabul University attack. At least 35 people have died after three gunmen laid siege to Kabul University on Monday. The Islamic State has claimed responsibility for the six-hour attack, which ended only when Afghan security forces and U.S. troops killed the gunmen. The attack follows a suicide bombing at another educational center in Kabul on Oct. 24, also claimed by the Islamic State, that killed 40 people. The assaults show that the violence that has roiled the Afghan countryside over the past few months has now reached the capital.

The attacks are sure to affect ongoing talks between the Afghan government and the Taliban. Amrullah Saleh, Afghanistan’s senior vice president, blamed the Taliban and said the group would never be able to “wash their conscience of this stinking and nonjustifiable attack.” The Taliban denied any involvement, instead pointing a finger at Kabul for allowing the Islamic State to take root in the country.

Nepal-China mystery. As my colleague James Palmer reported in China Brief, politicians in Nepal alleged this week that China had captured more than 150 hectares of Nepali land. But now a spokesperson for Nepal’s foreign minister has said those claims are not true. Beijing’s foreign-ministry spokesperson had already said the reports of China seizing territory were “completely unfounded.”

What really happened? I’m struggling to find a reliable account. The original allegation, reported by the Daily Telegraph, came from opposition lawmaker Jeevan Bahadur Shahi, who said Chinese troops had built nine concrete structures on Nepali territory near the border with Tibet—an area that is remote and sparsely populated. Nepal has become increasingly reliant on China because of its worsening ties with India.

Coronavirus update. There are renewed worries about COVID-19 in South Asia with the onset of this month’s spate of Hindu festivals, when people usually crowd markets and temples and host family celebrations. Air quality also worsens at this time of year because of crop burning, smog, and colder temperatures. New Delhi, for example, has seen a surge in new cases as its air quality has plummeted.

Governments across the region are buckling to pressure to allow people to congregate. In Pakistan, for example, the government has allowed thousands of members of the Islamic sect Tablighi Jamaat to hold a three-day gathering in Lahore. Meanwhile, Bangladesh has struck a deal with India to buy 30 million doses of a potential coronavirus vaccine. The vaccine would cost $4 to $5 per dose, an amount that would need to be subsidized to work on a large scale in South Asia.

As shown above, Sri Lanka’s cases have begun to tick upwards, although the total numbers are still relatively low. India’s rate of daily new cases is now far behind that of the United States, implying it will likely end the year as the country with the second-most coronavirus cases in the world.

WhatsApp’s foray into mobile payments. WhatsApp has said it will expand its payments service in India from the current 1 million to 20 million users—still a small fraction of its base of 400 million users in the country. India’s national payments regulator granted approval for the expansion to the Facebook-owned company on Friday. While 20 million may sound like a small number for Facebook, the regulator hinted that it would allow further gradual growth.

Google Pay and the Walmart-owned PhonePe currently control some 80 percent of the mobile payments market in India, a dominance that could one day be challenged by WhatsApp given how integrated it is into most people’s lives. Also notable is the fact the national regulator’s decision comes on the heels of Facebook’s $5.7 billion investment into Mukesh Ambani’s Reliance Jio. (Ambani is not only the country’s richest man, but is also seen as very politically connected.) 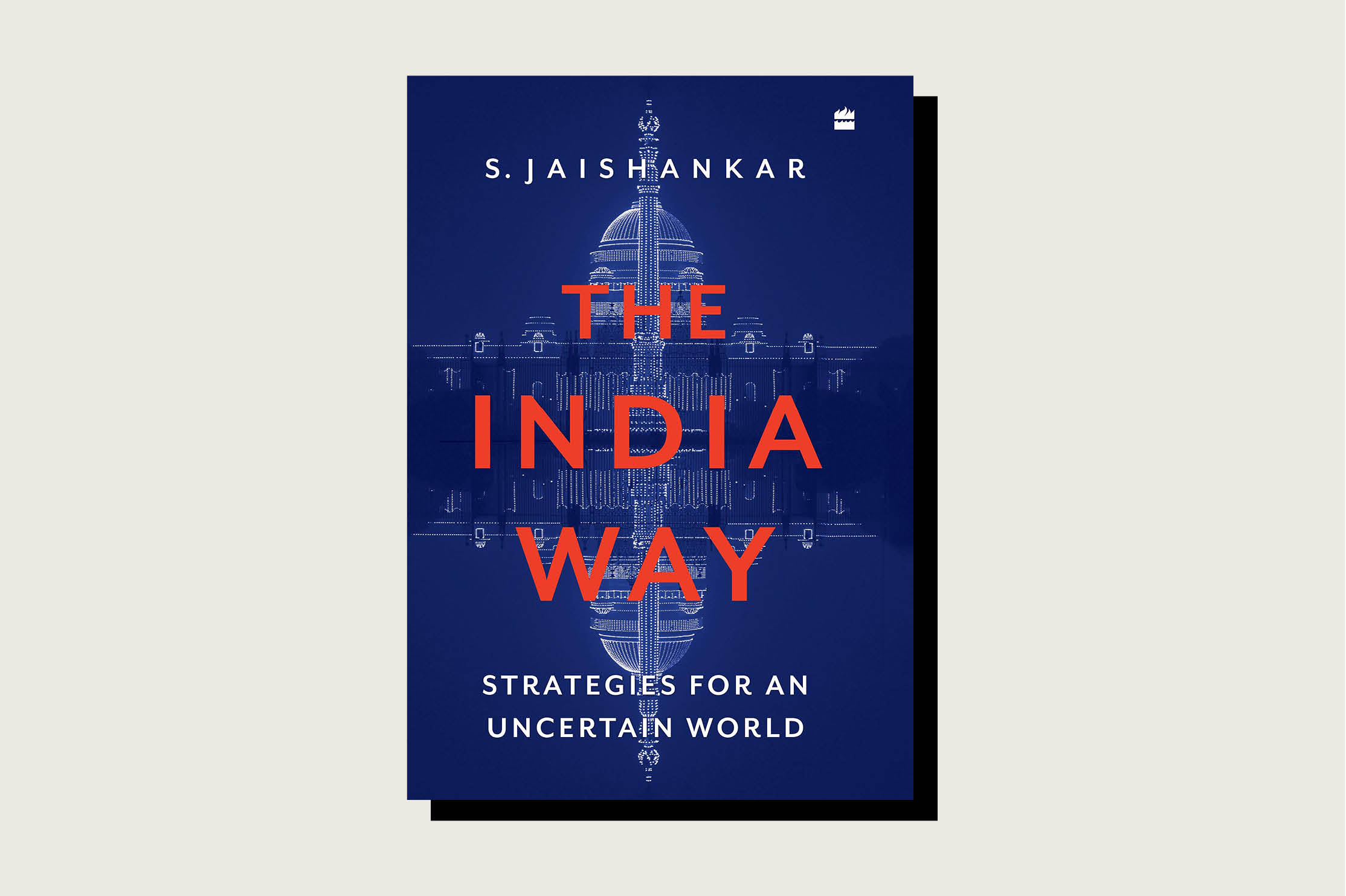 The India Way: Strategies for an Uncertain World, by Subrahmanyam Jaishankar

It’s rare for a sitting foreign minister to write a book about his country’s foreign policy, but that is exactly what S. Jaishankar has set out to do in his new book, The India Way. But can he actually be candid? And given the restraints imposed by his role, does the book reveal anything substantive?

The jury is out, Foreign Policy columnist Sumit Ganguly wrote. Criticizing Jaishankar for not clearly distancing himself from New Delhi’s former policy of nonalignment, Ganguly said that “at best, the only novel guidance [Jaishankar] offers up is that India should clearly define its national interests and pursue them with vigor.” Regarding China, which India has locked horns with this year, Jaishankar mostly argues that New Delhi’s best way to compete is to boost its capabilities in the arena of human development—an improvement that could take decades to accomplish.

NEW FOR SUBSCRIBERS: Want to read more on this topic or region? Click + to receive email alerts when new stories are published on United States, India, South Asia