U.S. President Donald Trump is not the first world leader to try to steal an election, but he may be the leader who has received the least international pushback. As Trump works to erode American democracy, most of the world’s leading pro-democratic bodies—from the European Union to the United Nations—have remained silent.

Meanwhile, as Switzerland becomes one of the world’s worst COVID-19 hot spots, staffers and diplomats at the United Nations’ headquarters in Geneva worry that the organization will struggle to keep the coronavirus at bay amid in-person peace conferences later this month.

And liberal Chinese Americans are fighting back against the racism and fake news that have dominated Chinese-language social media this U.S. election cycle. 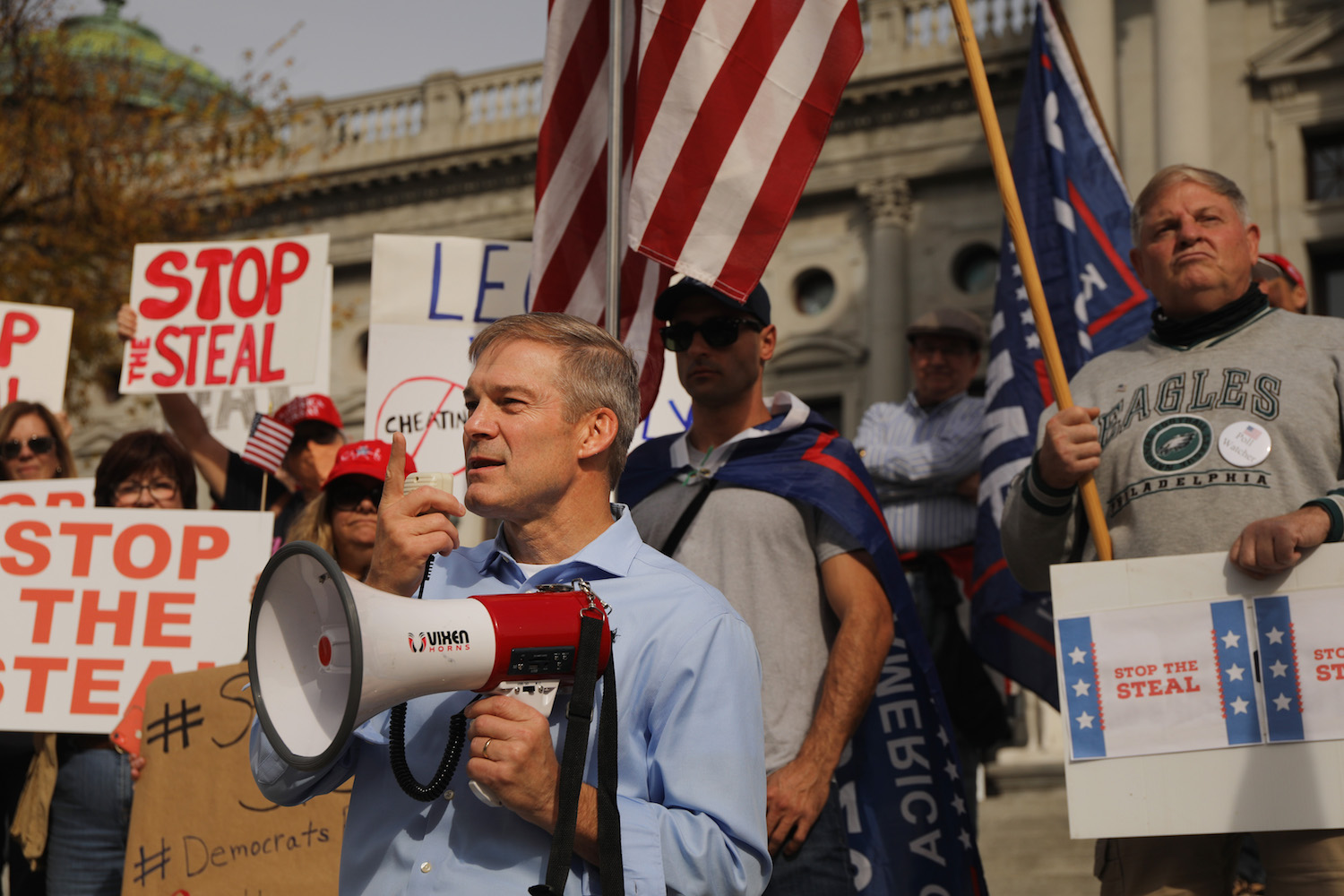 U.S. Rep. Jim Jordan stands with dozens of people calling for stopping the vote count in Pennsylvania due to unfounded charges of fraud on the steps of the State Capitol in Harrisburg on Nov. 5. Spencer Platt/Getty Images

Much more worrying than President Donald Trump’s refusal to concede the U.S. election is the world’s failure to condemn Trump’s actions and call him out for what he is—a sore loser and an angry autocrat, Nic Cheeseman writes. 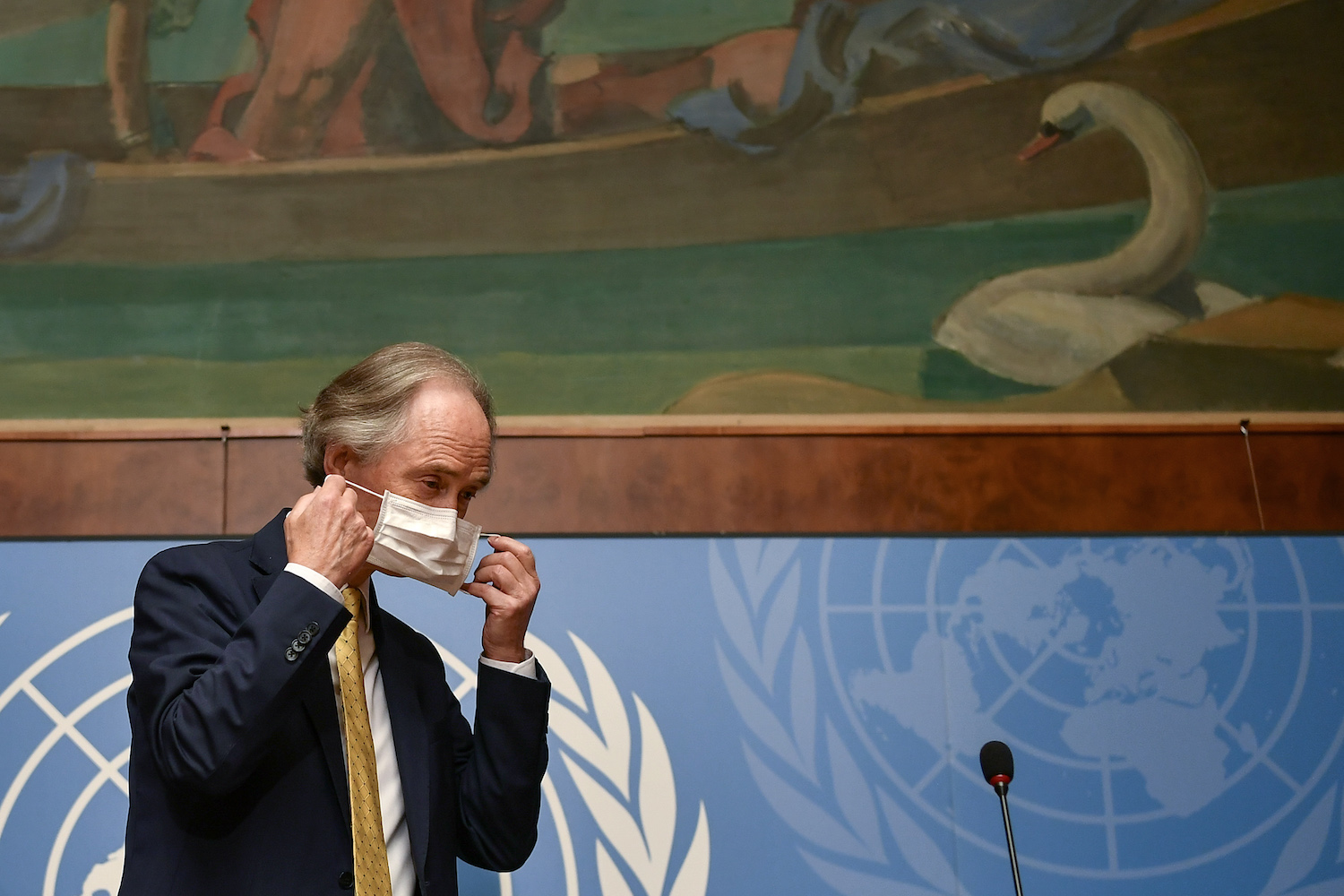 United Nations Special Envoy to Syria Geir Pedersen puts on his face mask during U.N.-backed talks on a new constitution for Syria at the U.N. Office in Geneva on Aug. 27.FABRICE COFFRINI/AFP via Getty Images

2. U.N. Peacemaking in the Age of Plague

COVID-19 cases are soaring in Geneva, the site of the European headquarters of the United Nations. But the organization is still forging ahead with plans for peace conferences, fueling concerns about a bigger outbreak, Foreign Policy’s Colum Lynch reports. 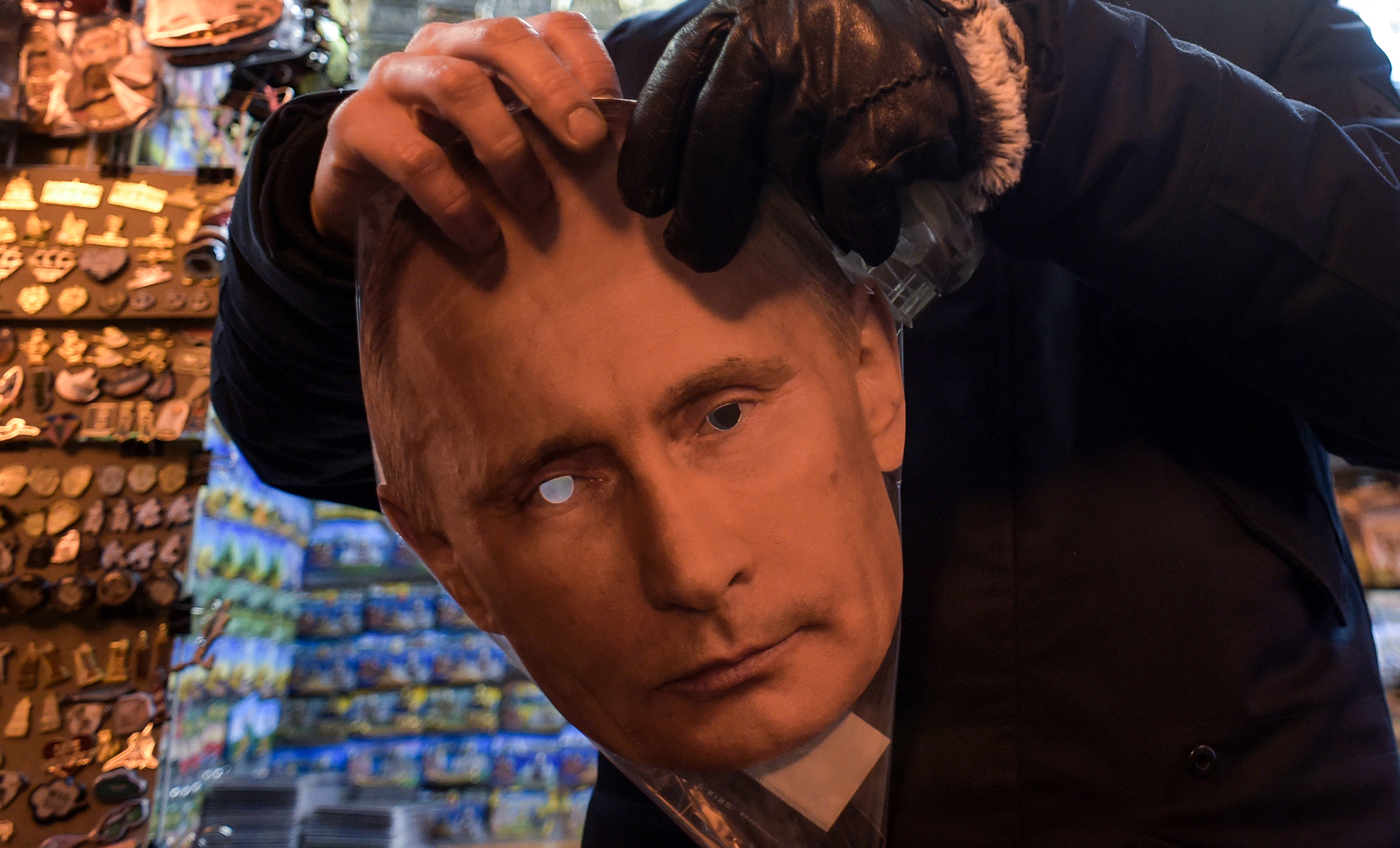 A mask of Russian President Vladimir Putin on sale at a souvenir stall in St. Petersburg on Jan. 29. OLGA MALTSEVA/AFP via Getty Images 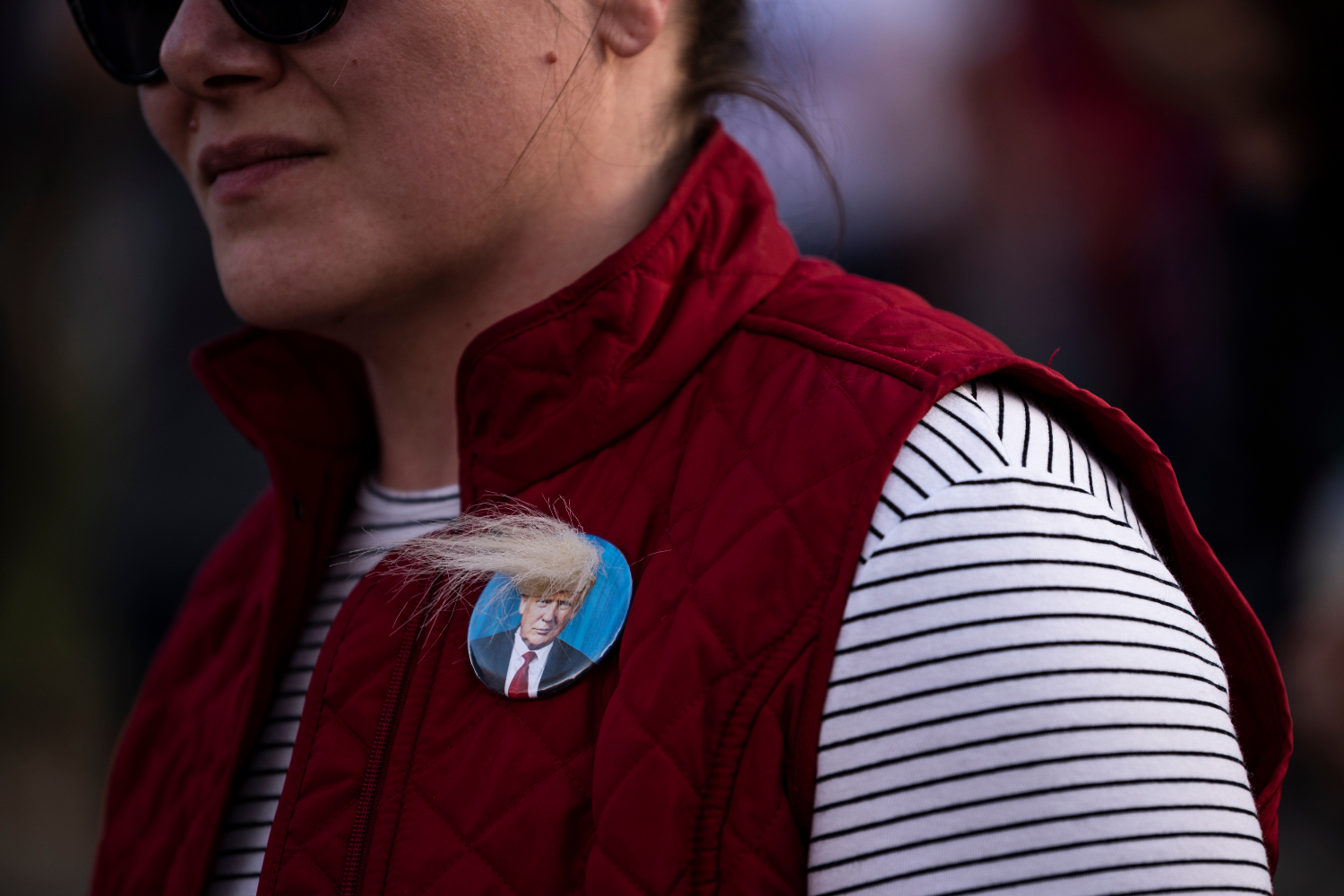 Supporters of President Donald Trump gather outside the governor’s mansion to protest the results of the U.S. presidential election in St. Paul, Minnesota, on Nov. 7. Stephen Maturen/Getty Images 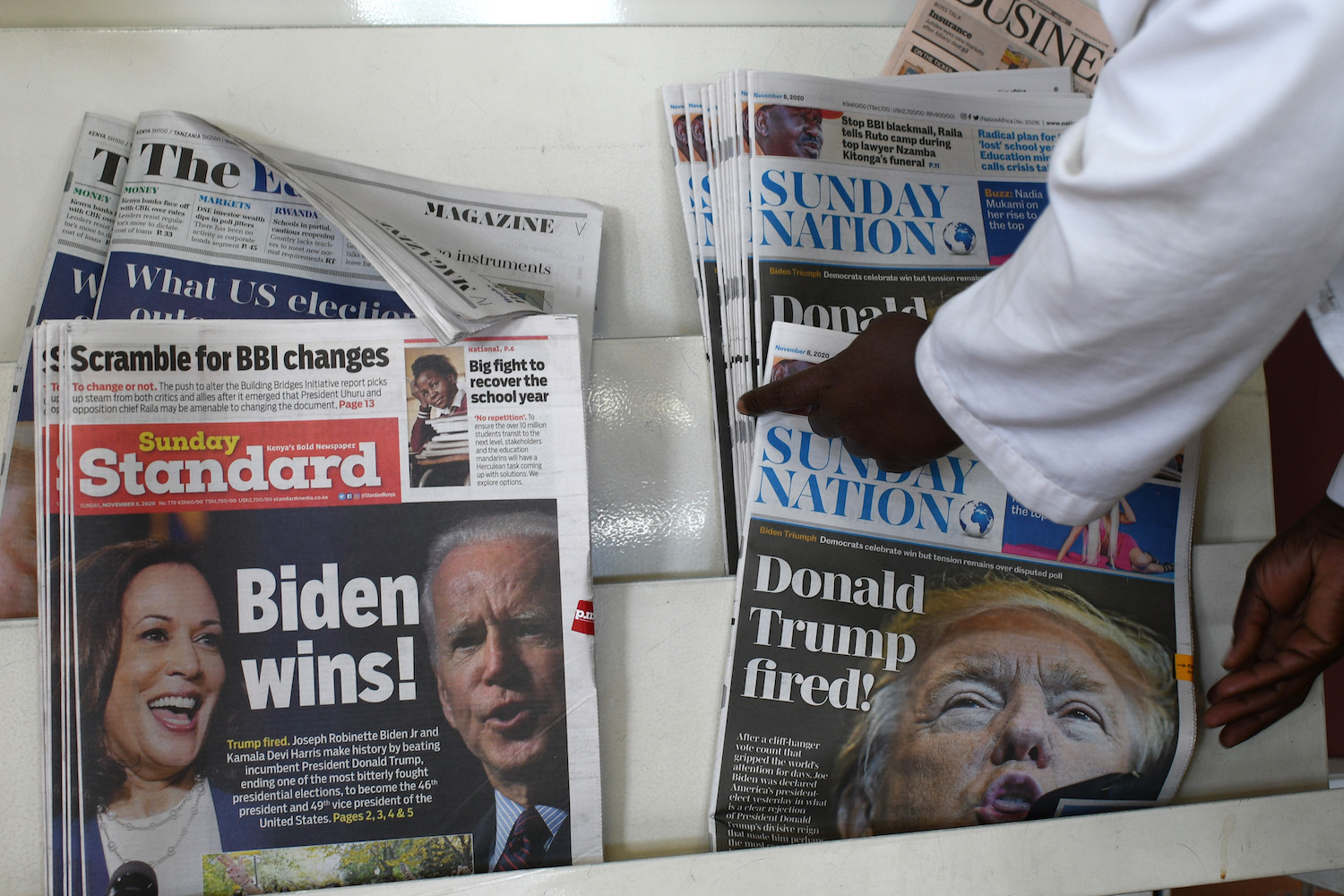 5. Biden’s Priority in Africa Should Be Debt Relief