Deprioritizing Beijing on the foreign-policy agenda would be a dangerous mistake for the incoming U.S. administration.

Welcome to Foreign Policy’s China Brief. The highlights this week: Why the incoming Biden administration should prioritize China, Beijing threatens to put together a Taiwanese watchlist, and Alibaba performs a public apology for the Chinese government.

‘For Our Enemies, We Have Shotguns’

Welcome to Foreign Policy’s China Brief. The highlights this week: Why the incoming Biden administration should prioritize China, Beijing threatens to put together a Taiwanese watchlist, and Alibaba performs a public apology for the Chinese government.

‘For Our Enemies, We Have Shotguns’

U.S. President-elect Joe Biden’s new diplomatic and national security team is a far more professional and experienced group than President Donald Trump ever put together. But there is one concerning thing about them: Their experience—and to some degree, their interests—reflects the regional policy priorities of the past.

The group has considerable Washington knowhow and a lot of Middle Eastern expertise, but it has limited experience with China. That presents a problem at a time when China is the biggest and trickiest challenge the United States has faced since the Soviet Union.

Meanwhile, Beijing has hinted at a possible reset through a New York Times op-ed by former Vice Foreign Minister Fu Ying. The piece takes familiar approach: Any problems in the relationship are the result of others simply not understanding what China wants, and the United States needs to be “respectful” by not “meddling” in Taiwan or in the South China Sea. Fu also frames people-to-people exchanges as an area that needs rebuilding and holds out the carrot of climate change cooperation.

But China’s idea of these people-to-people exchanges is starkly different from America’s. While the United States envisions them as led by individuals, China sees them as a vehicle for a state-organized complement to official diplomacy—with a well-established bureaucratic structure behind it. These ties are extremely politicized, and they’re pushed with an agenda from above.

Biden’s team won’t fall for the idea that giving China everything it wants by retreating from East Asia will cause it to become a good international citizen—especially given the pressure from Republicans desperate to paint Biden as soft on China. But the temptation to make China second or third priority will be there as the administration attempts to rebuild Washington’s reputation with allies and perhaps salvage the Iran nuclear deal.

Deprioritizing China—or, worse, trying to strike some kind of grand bargain—would be a dangerous mistake. The course of Chinese ambitions isn’t set by Fu’s banal op-ed but rather by the approach taken toward Australia for daring to take on China over foreign influence, the coronavirus pandemic, and threats at sea. China has demanded that Australia cease funding so-called anti-China research, stop protecting Australians (including Chinese-born citizens) from Beijing’s coercion, and put pressure on its own open society not to talk about Chinese human rights abuses.

Those would be the actual terms of any long-term deal between China and the United States, too—not just an end to U.S. power in East Asia, but that the United States actively abandon democracy promotion abroad. Other small- or medium-sized countries have faced similar aggression. As the Chinese ambassador to Sweden put it: “For our enemies, we have shotguns.”

China’s belief that the United States is the main obstacle to its creation of a new illiberal global order on its terms won’t go away, and it should be the first item on any U.S. agenda.

Taiwanese targeted. China is threatening to put together a watchlist of what it terms Taiwanese separatists. It doesn’t specify the consequences, but they could involve harassment through the Hong Kong national security law, which claims jurisdiction over the speech of everyone globally. Beijing’s ability to enforce the list is limited outside of its own territory, but it could call on countries with extradition treaties to arrest individuals on the list.

As it has done in the past, China could even attempt to issue Interpol Red Notices against dissidents—though its clout in Interpol is waning after it disappeared and purged the former chief of Interpol while he was still in office.

Propaganda push. Beijing is doubling down on its big lie of 2020: the claim that the new coronavirus didn’t originate in China but was instead imported from the West. The idea was floated in the spring but is now being pushed by top-level media such as the People’s Daily and embraced by Chinese ambassadors and scientists.

The Italian scientists quoted in one of the studies used to justify the position say it misrepresents their paper. But expect to see this as one of the shibboleths Beijing demands other states voice in order to receive Chinese backing—it’s very likely to be echoed by Pakistan, for example.

India bans more apps. The seasons turn, leaves fall, and, in the glorious cycle of nature, the Indian government issues another list of banned Chinese apps. The idea that Happy Fish or Isoland 2: Ashes of Time are a dire threat to the sovereignty of India or the privacy of Indian citizens is dubious, but app bans have become a relatively low-cost way for New Delhi to appease nationalists and express continued anger at Beijing over the border killings earlier this year.

This kind of performance is normal for Chinese firms after facing action from the party-state. Western firms have done the same, though normally framed as apologies to China rather than to the government. Given Alibaba’s size and power, this is another reminder that the power of private enterprise to push back against the Chinese government is incredibly limited: Businesses have clout with local government or officials but essentially no ability to resist the central state.

Facial recognition worries. Private companies are increasingly using (link in Chinese) facial recognition software in China to identify and track potential clients, leading to concerns about abuse. Many firms have no plans to delete the data and are selling it on to others. The software companies boast that their product can “track customers’ movement, select the path they must take, deploy cameras to take pictures, and choose the most optimal pictures for each person.” Real estate firms, for example, are using it to produce price discrimination.

Chinese authorities don’t want to restrict their own ability to invade citizens’ privacy, but regulators may move sharply against private firms to assuage public fears.

Beidou’s success. China’s satellite navigation system, Beidou, is still the minority choice worldwide compared to the U.S.-owned Global Positioning System (GPS). But in most countries it now outperforms GPS in accuracy for ordinary users, capturing cities more frequently than GPS in 85 percent of cases, according to a new report.

There are commercial projects—mostly run by U.S. corporation John Deere—that allow this increased accuracy for GPS users, but only at an extra cost. With Beidou, it comes with the basic package. Ironically, Beidou is often at its least accurate inside China because of military demands to reduce accuracy near military bases or airspace. 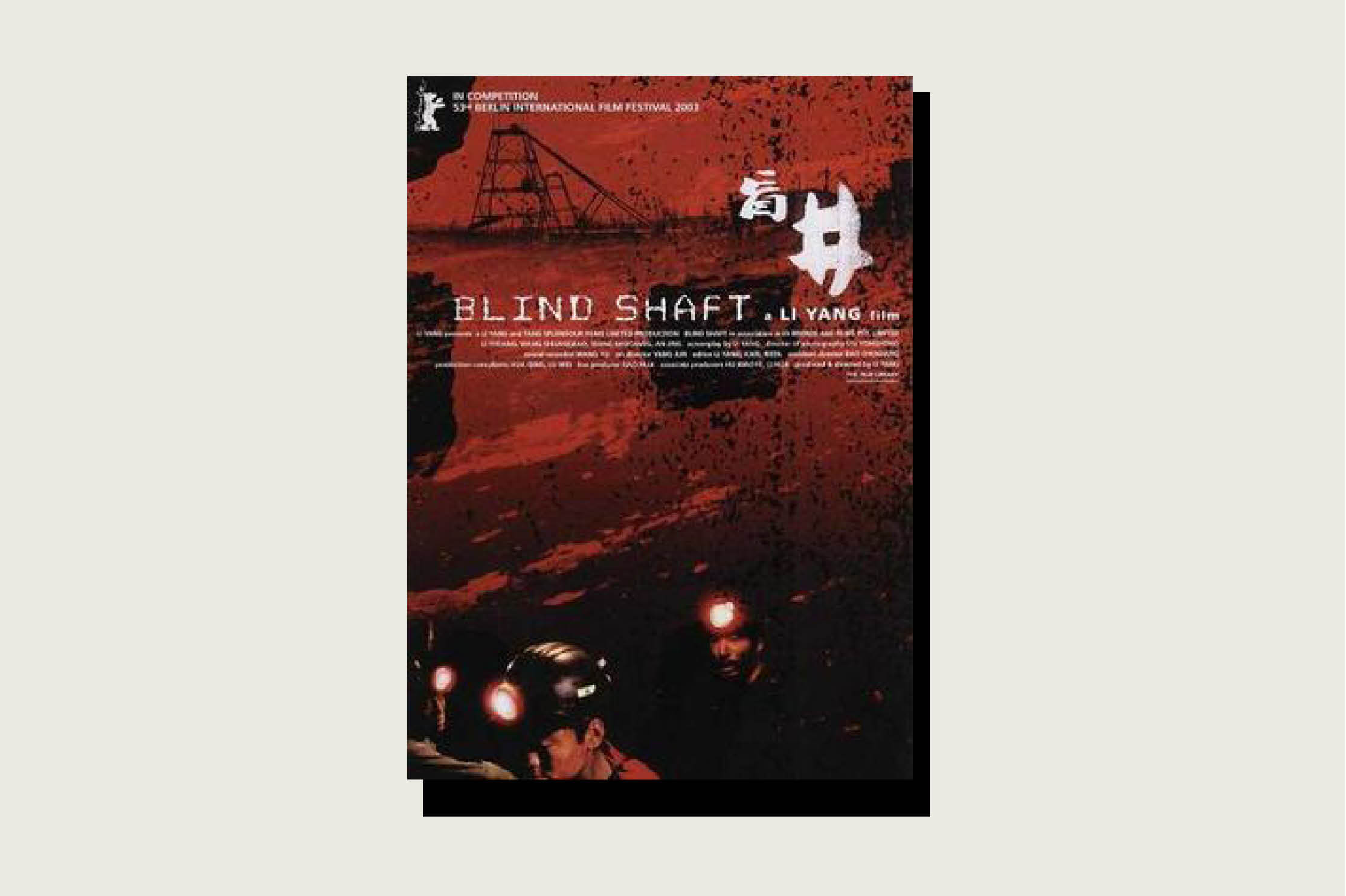 An older Chinese classic film for the Thanksgiving holiday, this 2003 noir depicts a pair of con artists who lure and murder victims at illegal mines, making the killings look like accidents in order to blackmail the mining companies into giving them money to cover up the death. Followed by Blind Mountain, it is part of a loose and unfinished trilogy by director Li Yang. A brilliantly tense film, Blind Shaft captures the risk of Chinese migrant life and conveys the huge scale of the illegal mining industry, which fuels corruption and environmental damage.

China’s coal-mining accident rate reached a catastrophic peak in the 2000s, until it was brought down by a combination of regulatory action and diminished demand for coal. (All figures probably undercount the deaths, but the trend line is real.)

NEW FOR SUBSCRIBERS: Want to read more on this topic or region? Click + to receive email alerts when new stories are published on Foreign & Public Diplomacy, United States, China