An over-hyped leak illustrates the importance of context when discussing Chinese influence.

The highlights this week: A list of Chinese Communist Party members receives over-hyped coverage in foreign media, a Bloomberg staff member is arrested in Beijing, and why Disney’s executive chairman isn’t likely to be the next U.S. ambassador to China.

The highlights this week: A list of Chinese Communist Party members receives over-hyped coverage in foreign media, a Bloomberg staff member is arrested in Beijing, and why Disney’s executive chairman isn’t likely to be the next U.S. ambassador to China.

A China Scare That Doesn’t Stand Up

This week, the Australian, Sky News Australia, and Britain’s Daily Mail all ran stories about a list of Chinese Communist Party (CCP) members in Shanghai. The list, which appears to date to 2016, is an interesting data source for researchers. But the somewhat hysterical tone of the stories shows how easily unnecessary panic can be created, even about as serious an issue as CCP influence.

The stories described a “state-sponsored spy ring,” called the presence of party members in foreign firms “infiltration,” and presented the list as a dramatic new development. None of this is true.

The presence of CCP cells in Western companies operating branches in China is unremarkable. The party’s constitution requires companies with three or more members to form a cell. Cells are much less prevalent in foreign firms than in domestic firms. In the majority of cases, cell meetings are tedious box-ticking affairs, although they’ve increasingly become a tool of direct influence inside private business under President Xi Jinping. Foreign firms have raised concerns about party cells influencing business decisions under the new regime, but their presence is well known.

Equally, consulates and embassies have always been aware that some staff are CCP members, but that doesn’t make them any more of a risk than other local hires. All mainland Chinese citizens are subject to pressure to spy from state security forces, and foreign embassies recognize that. The Australian’s story claimed as a scoop that hiring for consulates in Shanghai goes through a government-run body. But this is the case in every Chinese city—for both consulates and foreign media—as it has been since they began operating in the People’s Republic of China.

Treating CCP membership as a sign of loyalty to the state is also dubious. People primarily join the party as a resume booster, often in university or soon after. There isn’t a way to leave, only to get kicked out. The English-speaking, upper-middle-class staff of foreign companies are probably more likely to be party members than most people, simply because of the strata of society they often come from.

Questions of Chinese influence are going to be a major subject of debate over the next few years. There are real issues with Chinese influence in Australia and other Western countries, but they need to be discussed carefully. Drawing clear lines about what’s important or threatening, what is merely concerning, and what is hysterical or racist will be vital. Expect similar stories in the future—and be prepared to read them critically and with an eye for context.

Bloomberg staff member arrested. Haze Fan, a talented Chinese reporter who works as what’s known as a news assistant for Bloomberg in Beijing, was arrested on suspicion of endangering national security last Friday. Legally, Chinese members of foreign news organizations can only be employed as news assistants, but in practice they often do most of the work. Internally, Bloomberg is among the fairest employers of Chinese staff. It pays well and publishes many stories under a generic newsroom title instead of giving foreign staff credit for pieces done by Chinese staff.

Fan’s arrest worrying on a few fronts. It’s part of a general assault on press freedom, and especially the foreign press, over the last year. As Fan is a Chinese citizen, there is little Bloomberg can do to protect her. Since being punished for its expose on Xi’s family wealth, the outlet is cautious about its dealings with the authorities, including moving some vulnerable staff overseas. It’s possible that Fan’s case is linked to the detention of Australian citizen Cheng Lei, a friend of hers, earlier this year.

Mongolian turnover. The ethnically Mongolian head of the National Ethnic Affairs Commission has been replaced with a new Han Chinese leader, marking the first time the body has been led by a nonminority member since 1954. The move comes after protests against linguistic imperialism in Chinese-ruled Inner Mongolia unleashed a new wave of state violence. It is another sign that ethnonationalism dominates CCP policy under Xi.

Jimmy Lai charged. Hong Kong pro-democracy advocate and tycoon Jimmy Lai has been formally charged under the Beijing’s national security law, making him the highest-profile victim so far of the draconian measures. Lai, who has been denied bail, was arrested on trumped-up charges around his building’s lease in August, and China seems determined to make an example of him. Hong Kong’s billionaire class generally supports Beijing, while also quietly diversifying their assets into other countries.

Gaming fuss. The Polish firm GOG has pulled the Taiwanese game Devotion, which was forced off the main PC gaming platform Steam for including a derogatory image of Xi after mainlanders bombarded its review section. The decision has caused an outcry among gamers, who see the move as giving in to Chinese censorship.

That is becoming a tricky issue for video game companies as China has gradually legalized video games and opened up its market while imposing considerable censorship. The fear is that the platforms used for video games will become reluctant to allow any material that criticizes China even outside the mainland.

Mickey Mouse, Beijing ambassador. The Hollywood Reporter reports that Bob Iger, Disney’s executive chairman, is being considered for an ambassadorial posting to the United Kingdom or China. Despite Iger’s weight in Hollywood, that seems unlikely, even in the ridiculous U.S. system that sends millionaire donors to critical diplomat roles.

Disney took a reputational hit over the filming of Mulan in Xinjiang and cooperation with Chinese censors. The appointment would be a gift to a Republican Party keen to paint Biden as a Chinese tool, and Iger would be torn apart in confirmation.

Forced labor chain. The extent of coerced Uighur labor—slavery, effectively—in the Xinjiang cotton market may be greater than feared, according to new research that shows over half a million workers forcibly mobilized from three areas alone for the cotton picking season. China claims that the coerced labor is a job-creation scheme. Those forced into it, however, include large numbers of professors, business leaders, and other professionals.

Foreign clothing firms are under increased pressure following investigations by the BBC and others into the supply chain. 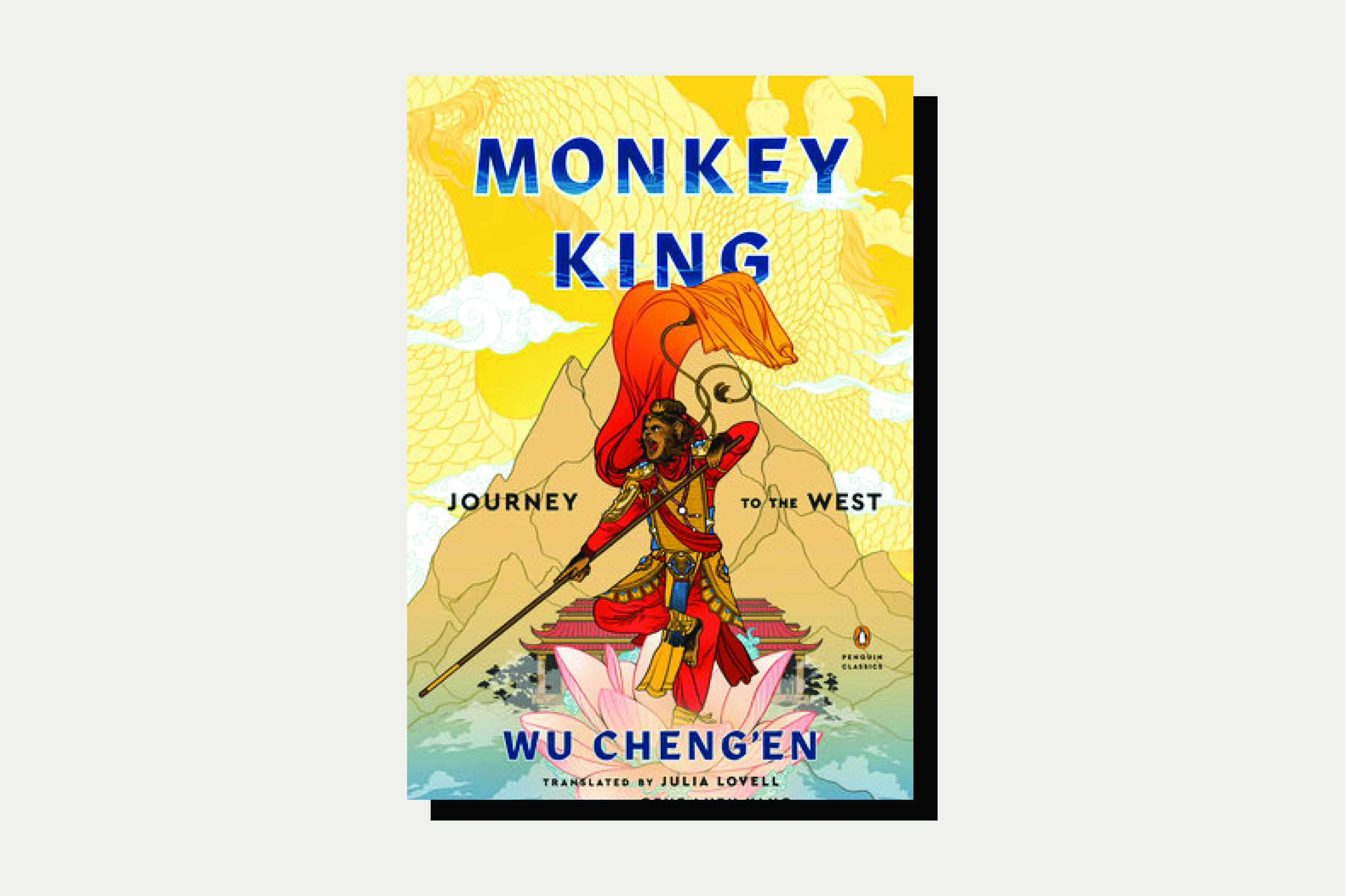 Monkey King: Journey to the West, by Wu Cheng’en, translated by Julia Lovell

Julia Lovell’s upcoming translation of Journey to the West, the most beloved of Chinese classics, is a vivacious delight: a genuinely very funny book is given its full due. (No disrespect intended to the rightly beloved Arthur Waley translation.) Sun Wukong, the Monkey King, is as vital a figure in Chinese as Robin Hood and King Arthur are in English. His barely contained anarchism is also a good reminder that Chinese have never been the meek, obedient figures depicted in Orientalism.

NEW FOR SUBSCRIBERS: Want to read more on this topic or region? Click + to receive email alerts when new stories are published on Politics, China, Australia