How China Shaped the World in 2020

Five major stories that have rippled far beyond Beijing this year.

Welcome to Foreign Policy’s China Brief—the last edition of 2020. This week, we round up the biggest China stories of the year.

Welcome to Foreign Policy’s China Brief—the last edition of 2020. This week, we round up the biggest China stories of the year.

It’s been the biggest year in U.S.-China relations since 1989, and none of the news is good. To be honest, neither is the news about relations between Beijing and anyone else. From Australia to India and Mongolia to the European Union, Xi Jinping’s China has alienated potential allies and turned rivals into enemies.

Internationally, China is more unpopular than ever. But it’s also a superpower that is shaken by the coronavirus pandemic but recovering faster than most of the world—and increasingly willing to put domestic demands ahead of its global reputation. Here are five stories about China that dominated this year, with global consequences.

The virus that would change the world incubated in Wuhan, one of China’s great metropolises. We still don’t know exactly how the coronavirus started, not least because China won’t cooperate with an outside investigation. But we are reasonably sure it didn’t start with bat soup (a dish unknown in the city) or in a secret laboratory. It probably didn’t even start in Wuhan itself but in the nearby countryside, where interactions between humans and animals are common.

The local authorities knew about the virus but kept it under wraps, perhaps even from the central government itself. They were more worried about public panic and their own reputation than the consequences—until the problem got too big.

During the terrible weeks when it was the first COVID-19 epicenter, Wuhan was a hero city. It’s still not clear how many people died, though the death toll is likely higher than the official figure: 3,869. Many front-line workers were among the dead, including Li Wenliang, the doctor who would become a martyr for both Communists and dissidents. Wuhan was shuttered—and days later so was the rest of China, from other metropolises to small villages.

Perhaps the biggest surprise of 2020 was just how well China slowed its own coronavirus outbreak after the cover-ups in December and January. The world’s biggest-ever lockdown stopped the coronavirus in its tracks, containing the outbreaks beyond Wuhan despite the beginnings of Spring Festival travel.

Today, China is mostly open. Crowds mix freely and maskless, although borders remain largely closed. China isn’t the only country to successfully control the virus. East Asian nations with the shared experience of SARS, from Taiwan to Japan, did remarkably well—as did Australia, New Zealand, and many African countries. But given its large size and the virus’s origins there, China’s success is remarkable. It has probably solidified the Chinese Communist Party (CCP)’s domestic reputation rather than shaking it.

Of course, it’s hard to separate the public’s opinion of the disaster from the massive censorship, propaganda, and coercion used to bolster the CCP’s image. As Tracy Wen Liu wrote for Foreign Policy, the cover-ups didn’t stop in January. The government used a machinery of media control, covered in detail by both the New York Times and ChinaFile this week, to keep the public in line.

And while China closed cities at home, it coerced other countries, such as Pakistan, to keep their borders open to Chinese travelers—helping to give the virus a chance to spread worldwide. 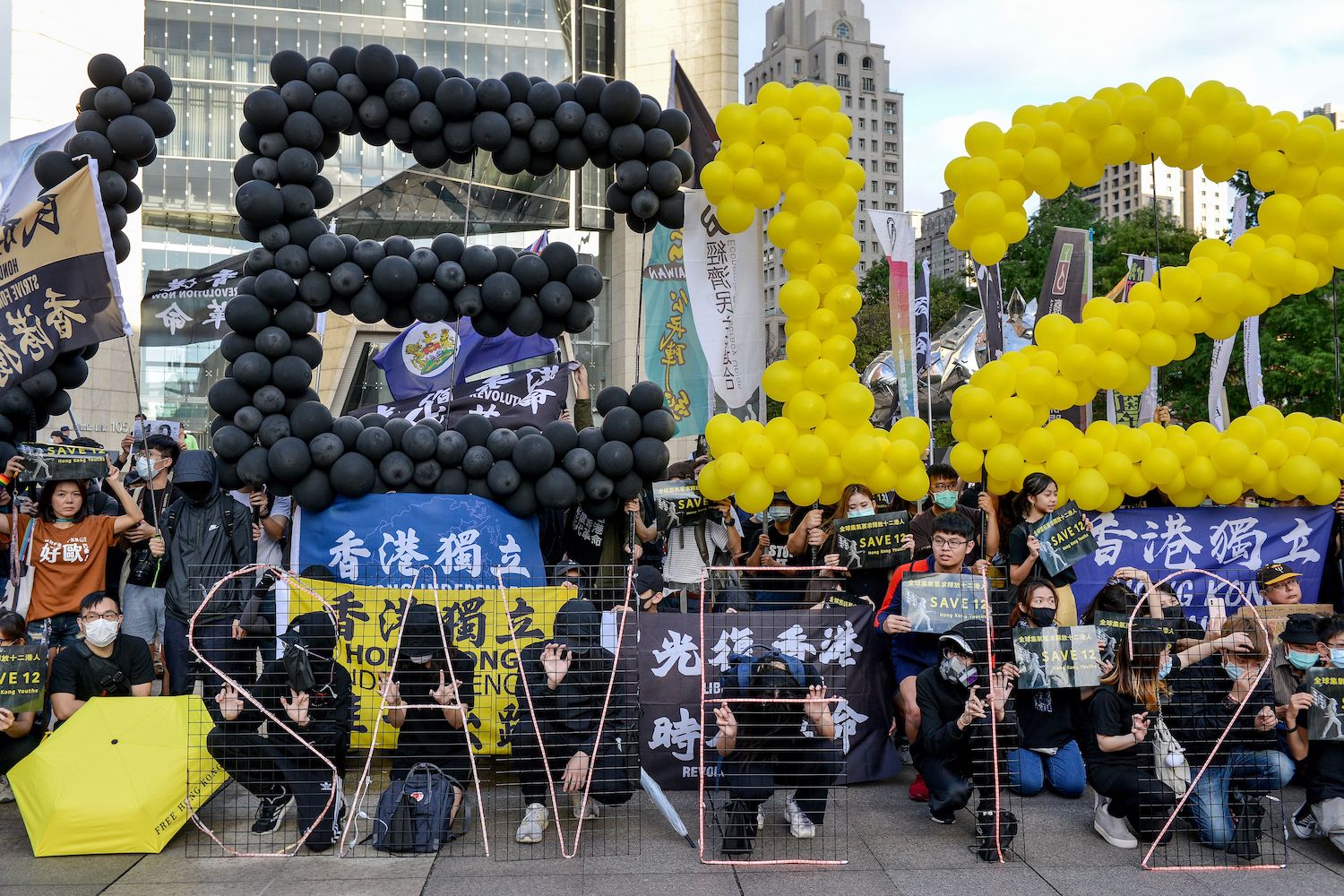 People protest in support of Save12, the campaign to save twelve Hong Kong pro-democracy activists caught by mainland Chinese authorities trying to flee Hong Kong to Taiwan by boat, in central Taipei on Oct. 25.CHRIS STOWERS/AFP via Getty Images

Last year’s biggest China story was Hong Kong’s fight to keep its freedoms. In 2020, it lost that fight. Beijing’s imposed a brutal national security law in June, followed by the arrests of democratic activists over the next months and the expulsion and resignation of pro-democracy politicians from the Legislative Council in November.

To finish off the year, Beijing is effectively canceling the municipal elections in which it suffered a humiliating defeat in 2019—revoking the appointments of over 100 more pro-democracy politicians in order to give its lackies control of local councils.

The repercussions of the crackdown go far beyond the city itself. Beijing broke promises made before the 1997 handover, causing outrage in the United Kingdom, which is offering a new route to citizenship for Hong Kongers who hold British National (Overseas) status. The United States responded to the law by normalizing Hong Kong’s status, taking away a useful trade loophole for Beijing. It is likely to open up other routes to refuge for Hong Kongers, although a first attempt was singlehandedly blocked by Sen. Ted Cruz this week.

One aspect of the national security law that has drawn particular worry abroad is that it says it applies worldwide—bolstering the case that China’s ambitions to crush free speech are not, as some defenders argue, purely domestic.

Nationalists (and Racists) Take the Wheel

China’s genocidal repression of the Uighurs continued this year, with new information emerging on sterilization plans, the mass use of forced labor, and an ever-growing carceral system. The campaign is the grimmest part of Xi’s push toward a new ethnonationalism in China, exulting a Han triumphalism that looks to assimilate or exterminate China’s many minority cultures.

This shift has involved new crackdowns in Tibet, as well as an assault on Mongolian culture that prompted mass protest and resulting repression. The CCP once denigrated the so-called big Han ideology of the Kuomintang and engaged in real efforts to protect minority cultures and languages. Party leaders now see that agenda as failed and dangerous.

That fierce new nationalism is also visible on the diplomatic stage, where wolf warrior diplomats, led by foreign ministry spokesman Zhao Lijian, have switched from denial to outright attacks on anyone who dares criticize China’s actions. Officials have openly threatened Australia, deployed crude insults against foreign diplomats and politicians, and issued wild denials that the coronavirus started in China.

Paradoxically, these diplomats depended on access to the outside world—including VPNs banned in China—to bolster their own careers through domestic nationalism.

China did plenty of terrible things this year. But just as the early years of the first Cold War produced wild McCarthyism alongside real Russian spies, so U.S. politics shows worrying signs of counterproductive and partisan paranoia about Chinese influence. That has already caused problems in counterintelligence, but it could get much worse. Trumpist conspiracy theories about the election are increasingly turning around China, as I predicted last month.

Republican politicians have taken a straightforwardly racist tone about China, while anti-Asian racism in the United States has increased this year—not for the first time. These shifts are in part the result of a powerful network of far-right Chinese activists in the United States, most prominently the network centered around the Epoch Times, a newspaper run by the Falun Gong along with the billionaire and Steve Bannon ally Guo Wengui.

People like Guo and Falun Gong founder Li Hongzhi are often cast as dissidents, but their objections to the CCP aren’t ideological: They lost out in power struggles in China and fled as a result. 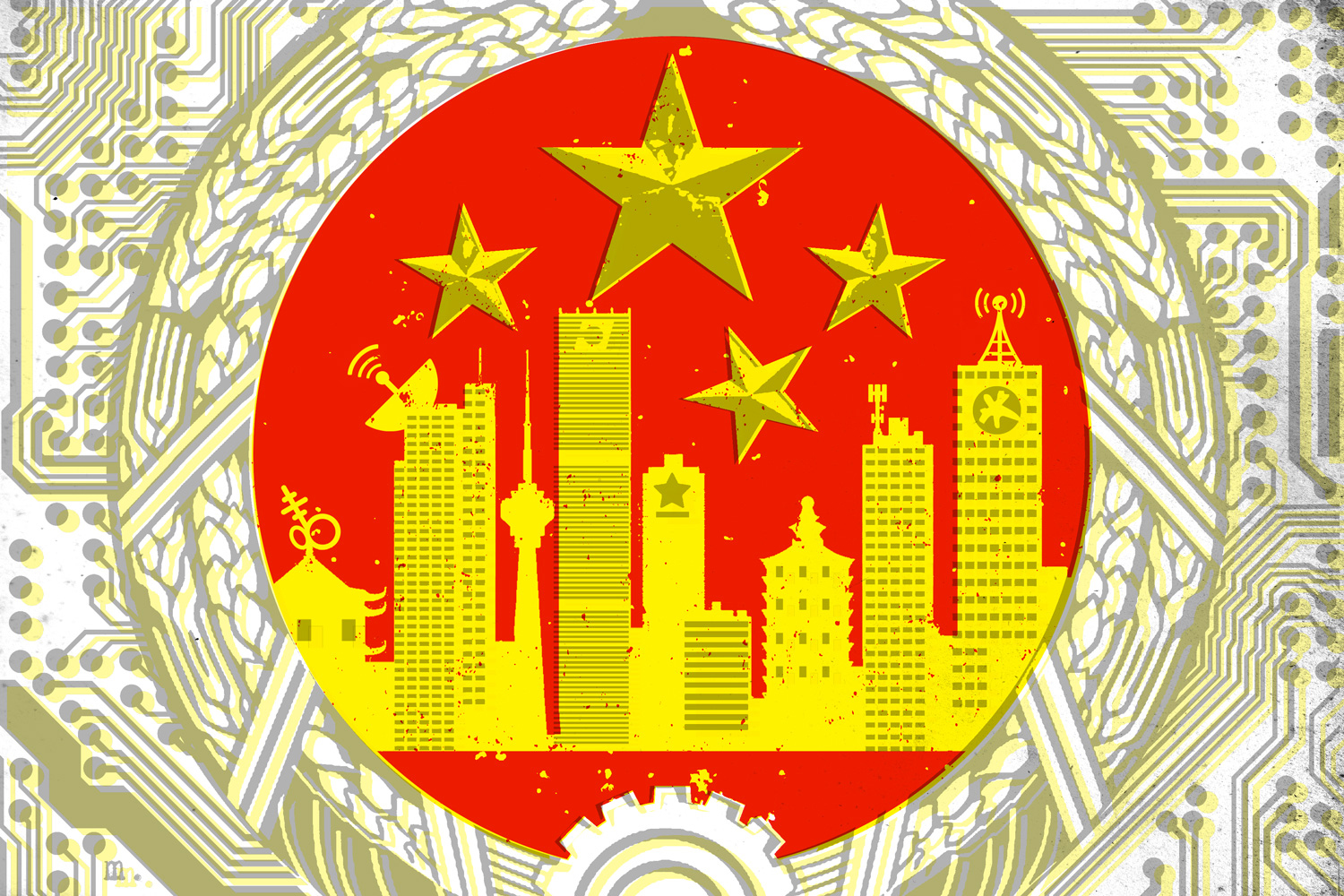 Foreign Policy rounded out its China coverage this year with a three-part investigation of the data wars between the United States and China, based on interviews with over three dozen former and current national security and intelligence officials. Read about the struggle for the future between Beijing and Washington—a subject we’ll be returning to many times in 2021.

NEW FOR SUBSCRIBERS: Want to read more on this topic or region? Click + to receive email alerts when new stories are published on Politics, Health, Human Rights, China