In 2020, the Trump administration sought to bury the Iran nuclear deal for good. Biden is poised to breathe new life into the pact.

The year 2020 was marked by the intensification of the Trump administration’s maximum pressure campaign against Iran, which included U.S. sanctions, travel restrictions on senior Iranian diplomats at the United Nations, and the assassination of Tehran’s popular top military strategist, Maj. Gen. Qassem Suleimani. The campaign—which followed U.S. President Donald Trump’s 2018 withdrawal from the 2015 nuclear deal—has placed increasing stress on Iran’s economy, but it has done little to prevent Iran from advancing its ability to develop its nuclear program. Washington’s ongoing efforts to torpedo the nuclear pact, meanwhile, has left the United States diplomatically isolated at the United Nations.

But whatever goodwill Iran may have obtained has been squandered by its repressive conduct at home, where it executed the dissident journalist Ruhollah Zam and sentenced a British Iranian academic, Kameel Ahmady, to nine years in prison on charges of subversion, which included his research on child marriage and female genital mutilation.

Here are Foreign Policy’s top five reads of the year on Iran, highlighting contrasting views on the effectiveness of the maximum pressure campaign.

Few issues have underscored the Trump administration’s growing diplomatic isolation than its effort to kill off the landmark nuclear deal, which placed constraints on Iran’s nuclear program in exchange for sanctions relief. In June, Secretary of State Mike Pompeo visited the United Nations to press the U.N. Security Council to maintain an arms embargo on Tehran that would later expire in October. Instead, America’s top diplomat received a scolding from friends and foes alike in the 15-nation council, which roundly criticized Washington for withdrawing from the Iran nuclear deal without a clear plan to limit Tehran’s nuclear activities. In the end, the world largely shrugged off Washington’s demands to extend the arms embargo and dismissed a U.S. maneuver aimed at reimposing a raft of U.N. sanctions on Iran.

Shortly after President-elect Joe Biden’s victory over Trump, Iran’s top nuclear scientist, Mohsen Fakhrizadeh, was assassinated outside Tehran in an operation allegedly conceived by Israel’s Mossad intelligence agency. The killing, writes Neri Zilber, has been viewed by Israeli analysts as a part of an effort by Israeli Prime Minister Benjamin Netanyahu to undercut Biden’s stated intention to reopen a diplomatic channel to Tehran and revive the moribund 2015 deal. Zilber’s story highlights the obstacles Biden will have to overcome to restart nuclear talks. “There can be no going back to the previous nuclear agreement,” Netanyahu said last month. “We must stick to an uncompromising policy of ensuring that Iran will not develop nuclear weapons.” 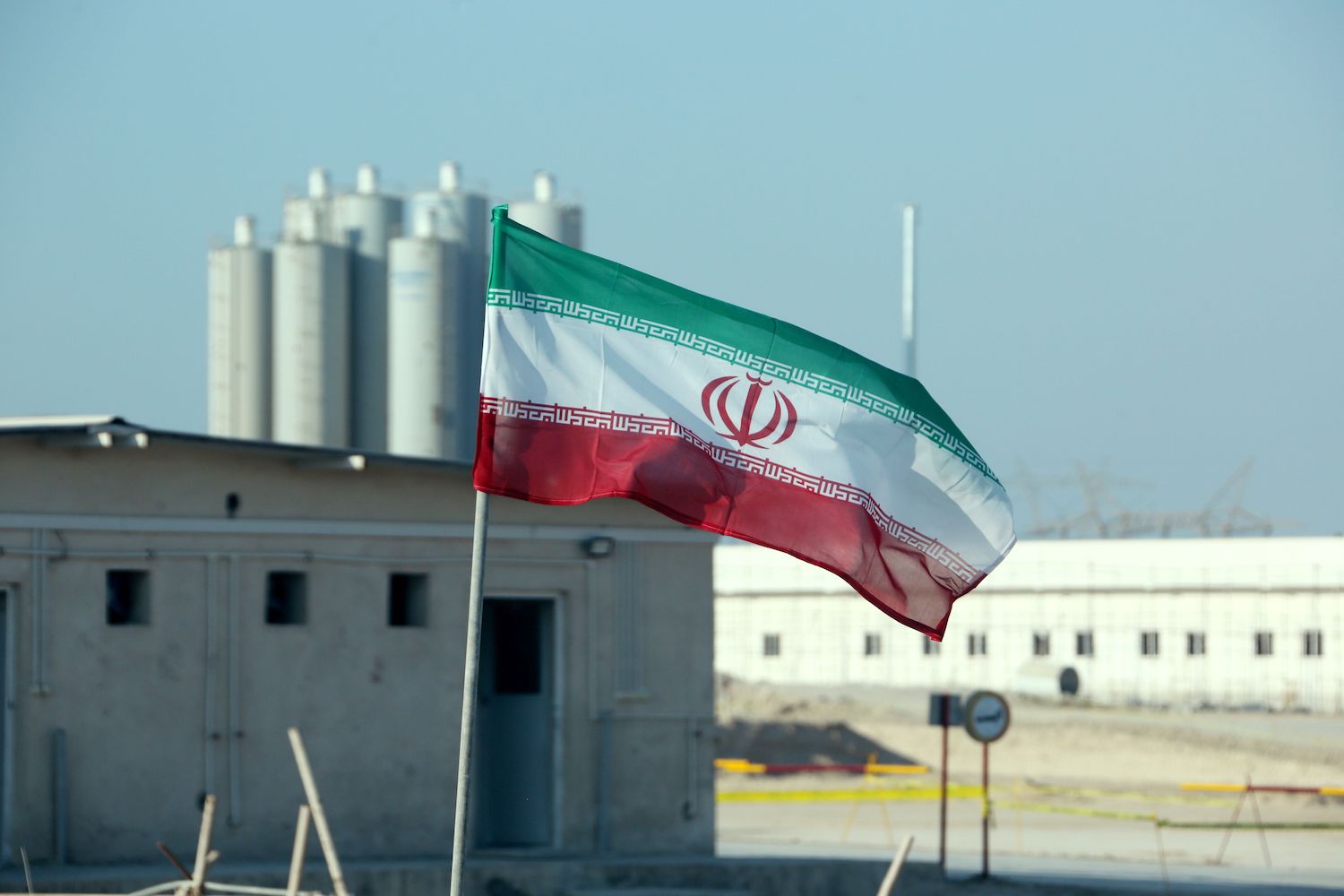 An Iranian flag near Iran’s Bushehr nuclear power plant, during an official ceremony to kick-start work on a second reactor at the facility on Nov. 10, 2019. ATTA KENARE/AFP via Getty Images

In the two and half years since Trump withdrew from the deal, Tehran has gradually stepped up its enrichment of uranium, shrinking the breakout time required if it chose to build a bomb. While Iran’s leaders may be eager to restart nuclear negotiations with the Biden administration, the cost of sealing a nuclear deal may be higher, writes Vali Nasr, a former State Department official during the Obama administration and professor at John Hopkins University School of Advanced International Studies. “Despite greater economic pressure, Trump has only encouraged Iran to redouble its investment in its nuclear program,” Nasr writes. If talks resume, Iran wants to ensure it’s got more leverage than last time.

4. Maximum Pressure May Bring Iran Back to the Table After All

Experts on both sides of the debate over the effectiveness of the Trump administration’s maximum pressure campaign agree on one thing: U.S. sanctions have inflicted intense pain on the Iranian economy, imposing extreme stress on a country that has been struggling at the same time to fend off the coronavirus pandemic. And that might be enough to drive Iran back to the negotiating table, writes Henry Rome, a senior Iran analyst at the Eurasia Group. “The combined effect of U.S. sanctions and the coronavirus pandemic has left the Iranian economy in a highly vulnerable position. And things are likely to get worse,” Rome wrote back in August. “Although the economy is not the only factor in play, the deteriorating conditions certainly raise the odds of talks with the West in the medium term.”

In early June, Iran released detained U.S. Navy veteran Michael White in a swap for an Iranian American doctor, feeding hopes in the White House that Iran might be open to negotiating a new nuclear deal. But Sina Toossi, a senior researcher for the National Iranian American Council, argues that Trump’s maximum pressure campaign has only strengthened the hands of regime hard-liners who have long argued that the United States cannot be trusted to keep its word. “Trump’s bellicose rhetoric and actions have not made Iran more inclined to do a deal, but they have undermined any Iranian officials who supported negotiations with the United States,” she wrote. While Iran had previously suggested that it might resume talks if Washington eases Trump’s sanctions, Tehran has now signaled to the Biden administration that there will be no new negotiations until the United States reenters the nuclear deal.