In 2020, Putin Raised the Stakes at Home and Abroad

Russia started the year with political uncertainty, then cemented Putin’s future, and ended the year by poisoning the main opposition figure—and future relations with the Biden administration.

Russia began 2020 in a haze of uncertainty, as President Vladimir Putin faced constitutionally imposed term limits that could have curtailed the longest Kremlin reign since Joseph Stalin. In January, after the prime minister and cabinet resigned en masse, Putin named a little-known tax inspector as prime minister—neatly pruning any political threat. By July, a referendum secured Putin the right to another two terms as president once his current time is up in 2024.

Russia began 2020 in a haze of uncertainty, as President Vladimir Putin faced constitutionally imposed term limits that could have curtailed the longest Kremlin reign since Joseph Stalin. In January, after the prime minister and cabinet resigned en masse, Putin named a little-known tax inspector as prime minister—neatly pruning any political threat. By July, a referendum secured Putin the right to another two terms as president once his current time is up in 2024.

But not all is sewn up on the home front, as months of protests in the far-eastern city of Khabarovsk show. Putin and his minions dealt with the biggest opposition threat frontally, poisoning presidential contender Alexei Navalny with a new variant of the nerve agent Novichok. And the skullduggery went abroad: Russian mercenaries fought in Libya, Russia was accused of paying bounties to kill U.S. troops in Afghanistan, and this month it was revealed that the U.S. government was thoroughly hacked and ransacked, allegedly by Russian cyberspies.

U.S. President-elect Joe Biden will have plenty to worry about come January, whether the raging pandemic and a weak economy or a deeply polarized electorate. But, like the last three—or seven, or nine—presidents before him, he’ll have Russia on his mind, too. But please, experts say, no more resets.

This year marked 20 years since Putin was first sworn in as president of Russia. Foreign Policy asked 11 leading scholars, journalists, and former diplomats to look back on how the Russian leader has changed his country as one of the world’s most powerful leaders may become one of the world’s most longest-serving. “Contrary to Putin’s rhetoric of ‘restoring Russia’s greatness,’ Russia is increasingly isolated and faces unprecedented international sanctions that exclude its future positive economic development,” wrote Vladimir Milov, a Russian opposition politician and economic advisor to opposition leader Navalny.

2. Normal Is Over for Russia’s Hinterland

The July arrest of Sergei Furgal, the governor of Russia’s far-east region of Khabarovsk, sparked months of protests. Furgal was accused of being involved in four murders in the mid-2000s, but the move was widely interpreted as a bid to rein in the popular governor who beat the Kremlin’s candidate in a surprise upset in elections in 2018. While protests in the Russian capital tend to garner international headlines, unrest in the Russian regions over environmental concerns, economic woes, and local politics could present a bigger challenge to the Kremlin in the future. 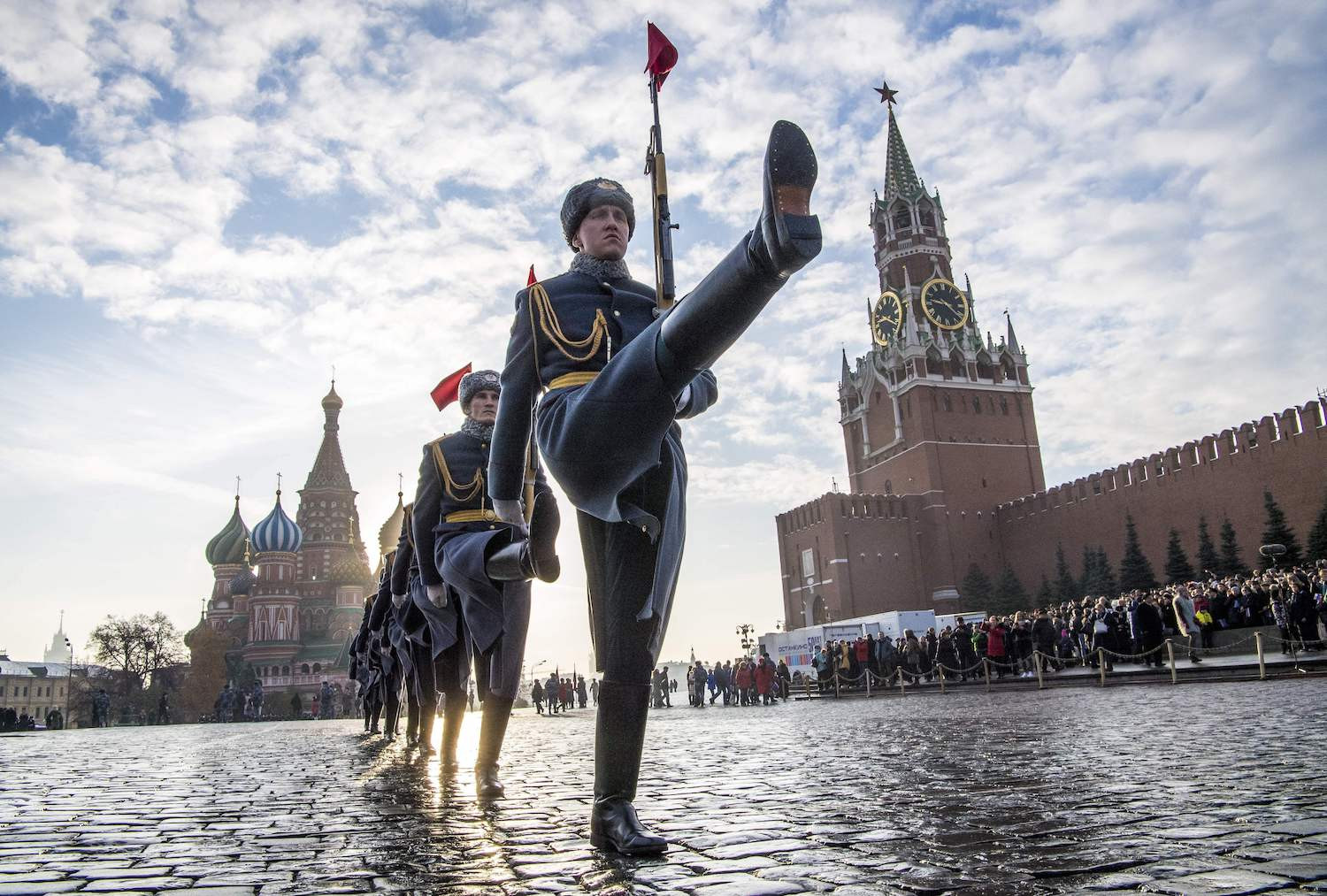 Last year, the veteran Russian political operative Maxim Shugaley was arrested in Libya and accused of trying to meddle in the country’s already messy conflict. His detention was the subject of a determined and increasingly bizarre campaign to secure his release that included his election to a regional parliament in Russia, two feature films, an advertorial in the Washington Post, a mixed martial arts tournament, and Cameo videos by actors Charlie Sheen, Vinnie Jones, and Dolph Lundgren. “The effort offers a glimpse into Russian overseas interference activities, in which celebrity pleas exist on the same plane as MiGs and mercenary activity from the Wagner group in Libya, where the U.S. military has warned that Russia is looking to establish a foothold,” Jones and Mackinnon wrote.

4. No More Resets With Russia

Biden will be the fourth U.S. president to hold office during Putin’s rule. Each of his predecessors sought to chart their own course in relations with Moscow. George W. Bush looked into Putin’s eyes and got a “sense of his soul.” Barack Obama started with a reset and ended with a finger in Putin’s chest over election interference. Then there were four years of President Donald Trump’s curious—and still unexplained—affinity for the Russian leader.

No more, argues Kurt Volker, the former U.S. special representative for Ukraine peace negotiations. “Instead of a reset, the West needs the patience to apply consistent and steady pressure against Russian aggression, and to support those in Russia and in neighboring states who seek freedom, democracy, and security. For once, it is time for Russia, not the West, to rethink its policy,” Volker wrote.

5. How Putin and the KGB Took Control of Russia—and Duped The West

If Bush, Obama, and Trump all got Putin wrong, it might be because they didn’t realize where Putin was coming from—or how he was trained. The former KGB agent who famously described the fall of the Soviet Union as one of the greatest geopolitical catastrophes of the 20th century didn’t just rant and rail—he fought back. Catherine Belton, a former Financial Times Moscow correspondent, served up a meticulous expose of how Putin rose from obscurity to become Russia’s longest-serving ruler since Stalin.

“They have forged a system, Belton argues, that uses the KGB playbook to keep a tight grip on power, manipulate hundreds of billions of dollars in money flows, and spread Russian influence deep into the West,” Amos wrote in his review.