With much of the world in lockdown again, here are some of this year’s highlights to help you pass the time.

By FP Editors
December 28, 2020, 6:25 AM
2020 saw the release of some terrific books, TV series, podcasts, and even music that helped us make sense of a tumultuous year—or told us something fresh and fascinating about the world. Here are some of the best new releases (and a few classics) reviewed by Foreign Policy this year.

To get an idea of what the incoming team of President-elect Joe Biden will be thinking about as they reshape U.S. foreign policy, G. John Ikenberry’s A World Safe for Democracy is an indispensable read. In fact, a senior member of the Biden team told Foreign Policy’s Michael Hirsh that they’ve been paying a great deal of attention to the Princeton University scholar’s ideas while they prepare for office. Rejecting both the populist nationalism of the past four years and the naive globalism of prior administrations, Ikenberry lays out a clear case that a humbler internationalism remains indispensable.

In her bestseller Caste: The Origins of Our Discontents, the Pulitzer Prize-winning Isabel Wilkerson argues that traditional definitions of racism are no longer enough to explain how the United States’ enduring hierarchy holds Black Americans near the bottom. Instead, she uses India’s horrifically discriminatory caste system as a new framework for understanding race. The writer and journalist Yashica Dutt—as a Dalit, a victim of India’s caste system herself—argues that the book is a brilliant reframing of U.S. racism, even if it falls short in its understanding of how the system it takes as a starting point actually works. 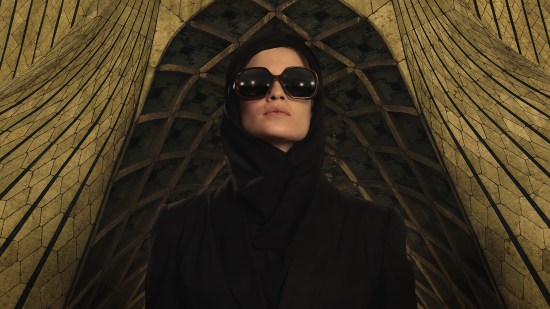 Israeli television producers have a knack for churning out riveting spy thrillers such as Homeland. The latest Israeli production to go global is Tehran, the tightly wound story of a Mossad computer hacker sent to Iran to demolish its nuclear program. Much of Tehran’s appeal in Israel was in its flouting of stereotypes about Iran and its suggestion that Iran’s rebellious youth culture is not unlike Israel’s own. And in a year that has seen Israel make peace with some of its Arab neighbors, the show’s popularity among Israelis is also entwined with a newfound fascination with their erstwhile enemies.

4. Why Does China Have 1.4 Billion People and No Good Bands?

What does the extraordinary global success of Mongolian rock bands such as the Hu tell us—other than the obvious fact that their music is extraordinarily good? Or, as our reviewer asks, “Why does Mongolian music slap so hard and Chinese music (with a few exceptions) suck?” By diving into the two neighboring countries’ very different music cultures, she makes a convincing case for little Mongolia, with a population of a mere 3 million, continuing to out-rock its giant neighbor.

5. The FP Guide to Staying In During a Pandemic

With many parts of the world once again in lockdown—or as our readers otherwise hunker down and patiently wait for their turn to get vaccinated—we thought we’d re-up the Foreign Policy editorial staff’s recommendations for passing the time at home. Our list of 12 things to read, watch, play, or listen to might have been put together during the first phase of lockdowns in early 2020, but the selections are just as good today for when you’re not on Zoom, tending the kids, surfing ForeignPolicy.com, or baking yet another loaf of sourdough.