How China Fought the Pandemic—and Lied About It

A look back at our best essays on the onset of the coronavirus.

At the start of the pandemic, it seemed like COVID-19 could become a serious threat to Communist Party legitimacy in China. Today, it’s the United States and Europe that are struggling with second or third waves, while the Chinese gather in unmasked crowds across the country.

How did China get its outbreak—and a potential disaster for the Party’s image–under control? What role did Beijing’s initial cover-up of the virus play in spreading the disease globally? And where did the coronavirus come from in the first place?

Foreign Policy has been covering the outbreak since its very start: Here are five of the year’s best reads on it.

At the start of the pandemic, it seemed like COVID-19 could become a serious threat to Communist Party legitimacy in China. Today, it’s the United States and Europe that are struggling with second or third waves, while the Chinese gather in unmasked crowds across the country.

How did China get its outbreak—and a potential disaster for the Party’s image–under control? What role did Beijing’s initial cover-up of the virus play in spreading the disease globally? And where did the coronavirus come from in the first place?

Foreign Policy has been covering the outbreak since its very start: Here are five of the year’s best reads on it.

1. Just In Time For Lunar New Year, Another SARS-Like Epidemic Is Brewing in China

During China’s cover-up of the initial spread of the coronavirus, there were still signs for canny observers—like pandemic expert Laurie Garrett—that something was badly amiss. On Jan. 8, weeks before the outbreak was officially confirmed, Garrett wrote one of the earliest pieces flagging the looming disaster. “The government of Chinese President Xi Jinping is doing itself no favors by handling outbreaks in such a brutal and secretive fashion,” Garrett noted. “The Wuhan mystery illness could turn out to be something relatively benign, and all of the patients may heal and go home, no worse for wear. But that doesn’t seem likely.” Garrett pointed to the upcoming disaster of the Lunar New Year—when hundreds of millions of Chinese travel across the country to see family—as a possibly explosive vector for the disease. Garrett’s piece was one of the earliest to identify what COVID-19 could unleash around the world; she has remained one of the sharpest predictors of its course.

As the coronavirus spread across China, racist myths about the coronavirus spread across Europe and the United States—part of a wave of anti-Asian racism. At the time, the virus seemed like it might be chiefly a Chinese problem, not a global one. One of the most persistent ideas was that the coronavirus might be the result of literally eating bats, a practice that’s unknown in Wuhan. A picture of a young Chinese tourist eating bat soup in Palau, Micronesia was promptly relabeled online as an image from Wuhan. For Foreign Policy, deputy editor James Palmer both debunked the false claim and dived into the realities of the Chinese food industry. “And when it comes to disease, it’s not what’s being eaten that matters as much as the conditions—such as the standards workers are trained to meet, the lack of barriers at markets, and the absence or bribing of regulators and health inspectors. The H1N1 virus, after all, started not in any uncommon species, but in pigs.” 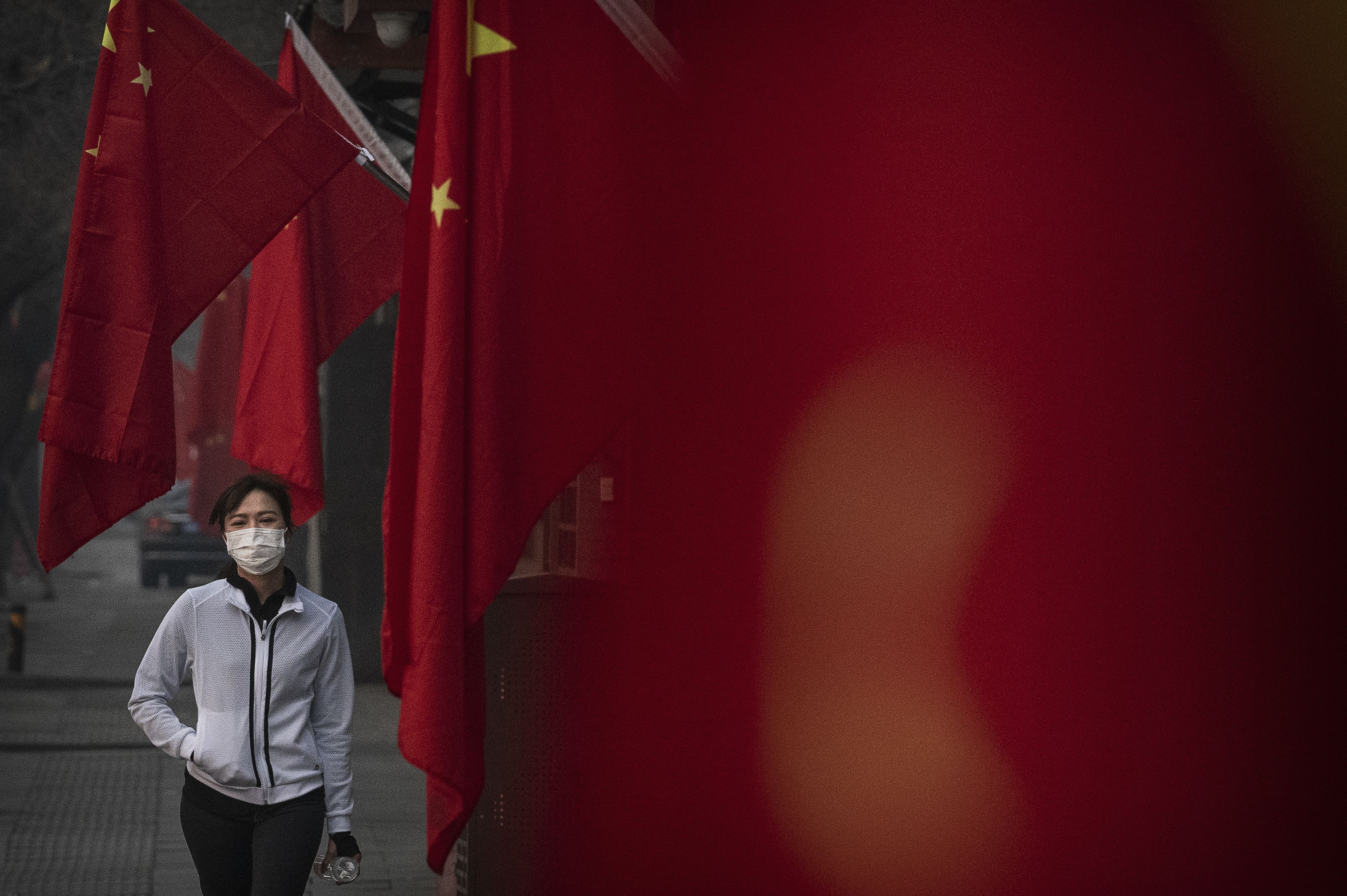 A woman wears a protective mask as she walks by Chinese flags during the Lunar New Year and Spring Festival holiday in Beijing on Jan. 28. Kevin Frayer/Getty Images

3. How Virus Lockdown Orders Went From Xi Jinping to My Neighborhood Auntie

A critical part of China’s success against the coronavirus was the scale and tightness of the national lockdown. At the time, a full shutdown seemed authoritarian and alien to many outside the country, but it would soon become the norm in many other countries. Yet China’s lockdown depended on resources that most countries lacked, as described by an anonymous Special Correspondent—a Western scholar living in China—in February. The article showed how tightly and intimately the authorities were enforcing the process, using the networks of neighborhood committees and local watchers already in place to maintain Communist Party rule. “In the end, it wasn’t Xi or the city or the coronavirus or even the property management company that kept us inside on Feb. 5—it was Mrs. W. The fear that traveled down the system eventually became her fear of trouble with the local authorities, and she made sure that her children and I did what we were asked.”

4. How WHO Became China’s Coronavirus Accomplice

The World Health Organization played a disastrous role in the early days of the coronavirus, accepting untruths from Chinese authorities about a lack of human-to-human transmissions, refusing, under Chinese pressure, to convene an emergency conference, and failing to give clear directives on mask and other life-saving techniques. German health expert and journalist Hinnerk Feldwisch-Drentrup dug into the organization’s failings in April, tracing how institutional pressure and Communist Party influence caused critical mistakes, and how China put pressure on other countries not to adopt measures it was using at home, such as border closures. His analysis would be borne out by later events: “Yet it is unclear whether the WHO experts who traveled to China sufficiently understood the situation on the ground. For example, based on numbers from the South China province of Guangdong, WHO argued that undetected cases are rare.” They turned out to be anything but rare in most of the world.

There was a dark side to China’s deployment of government power to control the pandemic: the heavy censorship, arrests of dissidents, and online propaganda used to squash any attempt to expose the state’s failures. Initial cover-ups helped the virus spread in the first place, but admitting the problem didn’t mean allowing free or open coverage. As mainland-born journalist Tracy Wen Liu wrote in July, Chinese press freedom is worse than ever, and any deviation from the government’s story is being fiercely stamped out, from unlicensed journalists to the family members of coronavirus victims trying to figure out how their loved ones died. “As life in China gradually goes back to normal, it has become more and more difficult to interview medical workers, patients, and their families,” Liu wrote, highlighting how medical staff had received explicit warnings not to talk to outsiders and that even pro-government chat groups were being shut down. The repression continues: On Dec. 28, journalist Zhang Zhan was sentenced to four years for her unauthorized early reporting on Wuhan.