After spending more than four years debating Brexit, on Dec. 30 the British Parliament spent only about four hours discussing Prime Minister Boris Johnson’s last-minute trade deal with the European Union before approving it by a 521-73 margin. Reached on Dec. 24, only days before the year-end deadline, the agreement will allow Britain to formally end the so-called transition period and leave the EU for good. The vote passed easily in the House of Commons, given the opposition Labour Party’s support, and sailed through the House of Lords, receiving royal assent at 12:25 a.m. on Dec. 31. It comes as the country is reeling from a new strain of the coronavirus that has pushed infections higher than ever and hospitalization numbers beyond the April peak of COVID-19’s first wave.

Johnson famously pledged to “get Brexit done”—and has now delivered on that promise. Unfortunately, the public health crisis that engulfed the country while his government was busy trying to “take back control” from the EU is far from over, and Britain’s coronavirus curve now seems to be on an uncontrolled upward trajectory.

Here are five of Foreign Policy’s top stories on British politics from 2020.

In May, a quarantine violation by Johnson’s advisor Dominic Cummings blew up into a national scandal. FP’s James Palmer explained how Cummings’s cross-country drive while exhibiting coronavirus symptoms and a later lockdown jaunt to a local castle turned him into a pariah for blatantly breaking the rules while tens of millions of Britons suffered in order to obey them. The scandal also confirmed that “Johnson finds the idea of any of his friends being held accountable abhorrent.”

2. Brexit Is a Distraction From the United Kingdom’s Real Economic Woes

In September, before COVID-19 came roaring back, Tej Parikh argued that the U.K. government had a rare opportunity to reset the economy. “Successive governments have discussed ad nauseam the need to capitalize on the United Kingdom’s economic strengths and to invest where it is weak. But it never happens,” Parikh wrote. With uncertainty still hanging over London’s lucrative financial sector and its future in a post-Brexit world, the need to rewire the economy for the long haul remains. 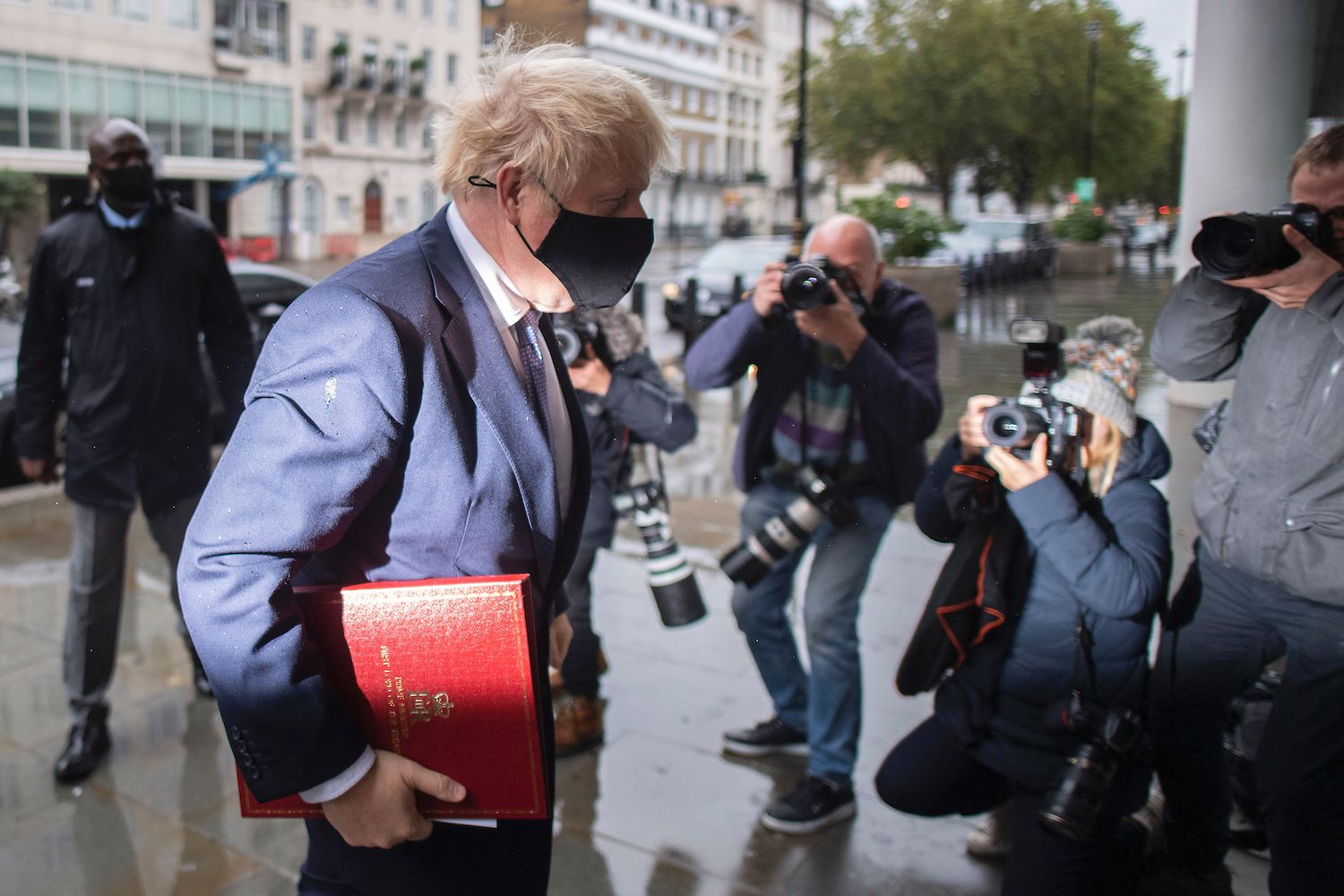 3. Deal or No Deal Is No Longer the Point

As Britain was still toying with the idea of crashing out of the EU without a deal earlier this year and talking tough in negotiations, Joseph de Weck argued that Brexit would be a blow to the British economy whether or not there was a deal—for the simple reason that any deal “still leaves British firms’ at a significant competitive disadvantage in the EU’s 448-million-person market compared with their EU rivals.”

4. Why a Biden Win Is Bad News for Boris Johnson

In the wake of the U.S. presidential election, Nick Cohen argued that Johnson had aligned himself too closely with Donald Trump’s far-right nationalist vision and will be in for a rude awakening once Joe Biden takes office in January. “The British prime minister now looks like yesterday’s man,” Cohen wrote. “The spirit of the age has left him behind, and he seems a relic of a discredited past.”

Last week, Harriet Williamson reflected on Johnson’s miserable Christmas and how his slow reactions and ongoing indecisiveness had doomed Britain to a far higher death toll than countries that reacted swiftly to rising caseloads—both in March and now in early winter. “A ‘great year for Britain,’ in Johnson’s cocky words in January, has turned into an unprecedented disaster,” she wrote.

Sasha Polakow-Suransky is a deputy editor at Foreign Policy. He is the author of Go Back to Where You Came From: The Backlash Against Immigration and the Fate of Western Democracy and The Unspoken Alliance: Israel’s Secret Relationship with Apartheid South Africa. Twitter: @sasha_p_s