2021 Outlook: A Quick Recovery but a Slew of New Economic Problems

As COVID-19 is conquered, the global economy will spring back swiftly. But the old problems that fed populist politics have only grown worse—and may be even harder to solve.

By Michael Hirsh, a senior correspondent and deputy news editor at Foreign Policy.
January 1, 2021, 6:00 AM

As 2020 passes like a bad dream and COVID-19 vaccines are distributed en masse, many economists believe that the global economic recovery in 2021 could prove the fastest in decades. But the pandemic, and associated lockdowns, will leave a grim legacy that could also take decades to overcome, not least the worsening income inequality that will likely only reinflame populist politics in the United States and other major nations. 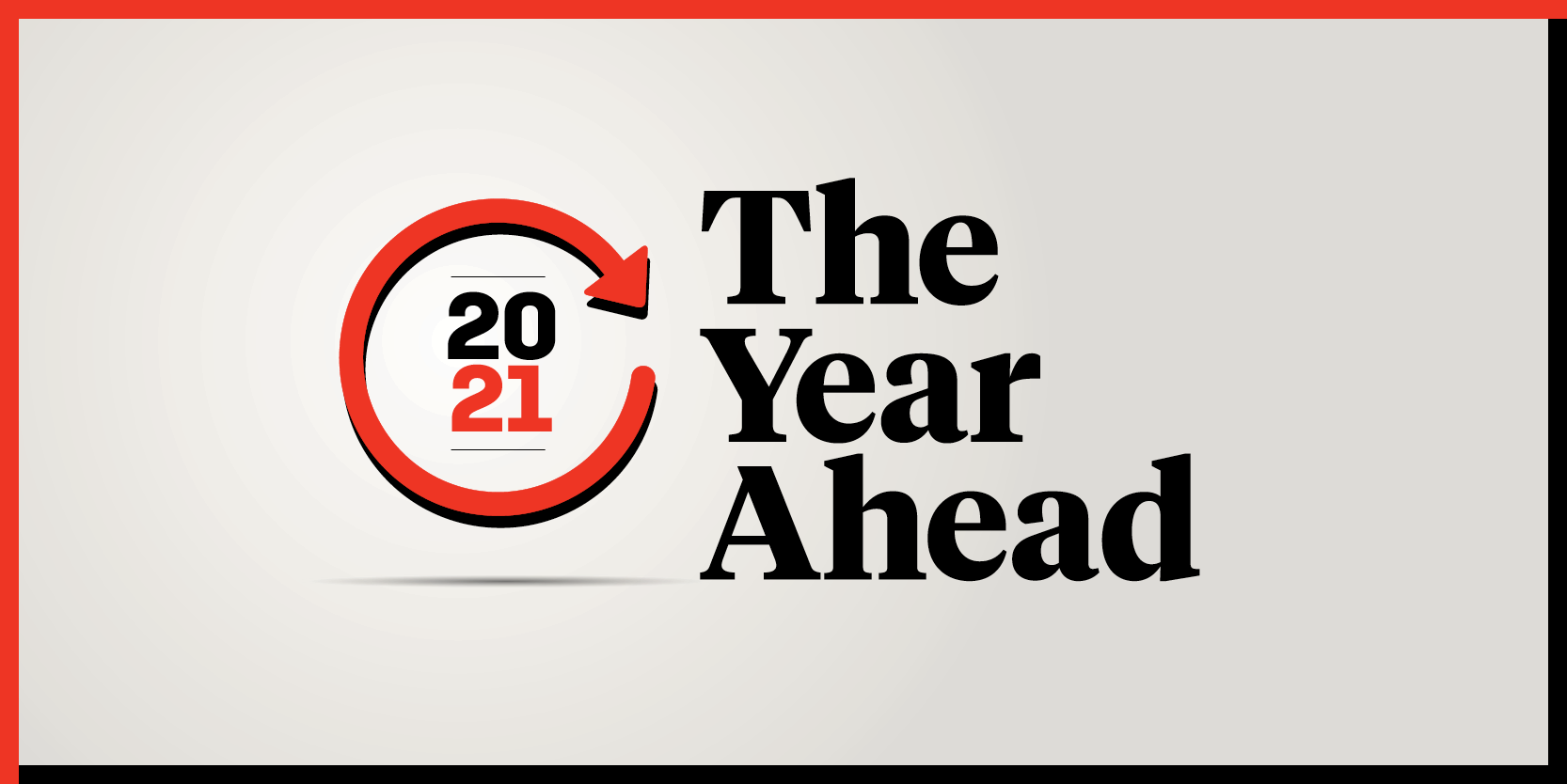 And even the election of Joe Biden as the next U.S. president, an avowed internationalist, won’t be enough to parry the structural threats that still plague the economies of the United States and other developed nations. The 74 million Americans who voted for Donald Trump and the protectionist, neonationalist policies they both embraced aren’t going away—and neither are the serious social and economic problems that underlay them.

After a dismal year in which nearly every major economy contracted—with the apparent lone exception of China—most economists expect 2021 to bring growth back in spades. According to the International Monetary Fund, global growth is projected at 5.2 percent this year. Other economists expect the strongest performers this year to be those countries that did severe lockdowns in 2020, led by the United Kingdom and Spain. China, for its part, already returned to economic growth last year and is forecast to enjoy a return to moderately strong GDP growth this year.

In the United States, after a devastating summer, the projections are for a big rebound. “I assume that if vaccination does not get screwed up or slowed down, we are going to have a substantial economic recovery,” said Andrei Shleifer, a leading economist at Harvard University. “I hope Biden focuses on this, and is otherwise very boring for the first few months, so that tempers and emotions quiet down a bit. COVID is a major attainable victory for him in the next six months. Why would he do anything else?”

The fact is Biden likely won’t be able to do too much more—both because of the potential of Republican obstructionism and the evolution in his own economic thinking since his days as Barack Obama’s vice president. Not until after the Jan. 5 runoff elections in Georgia will Biden know if Republicans keep control of the Senate—essentially blocking his economic agenda—or if Democrats can wrest control, opening the door to progressive legislation like a new tax on the wealthy and expanded earned income tax credits.

But even if Biden has a relatively free hand, the incoming administration has already signaled that it is not going to simply return to the centrist, unabashedly pro-free trade policies of past Democratic presidents. A once highly regarded trade pact like the 12-nation Trans-Pacific Partnership, which many economists viewed as a much more effective way to pressure China than Trump’s trade war, may no longer be salvageable in the United States. (It continues as a smaller, 11-nation pact without Washington’s involvement.) And Biden has also indicated support for protectionist measures like “Buy American” legislation and hinted he would be willing to keep Trump’s China tariffs in place—at least initially.

“We expect Biden’s trade policy to represent a break with the last four years but not a return to the pre-2016 free trade agenda,” Oxford Economics wrote in a recent report. “Grand deals like NAFTA under Bill Clinton or the Trans-Pacific Partnership under Barack Obama have become unpopular across the political spectrum, which is likely to make President-elect Biden much less pro-trade than he was as vice president.”

“Grand deals like NAFTA under Bill Clinton or the Trans-Pacific Partnership under Barack Obama have become unpopular across the political spectrum.”

If Trump’s rise was fueled in part by the income inequality that worsened after the last recession in 2008-2009, when Wall Street was bailed out while middle-class homeowners were not, then continued inability to fix those problems spells political trouble—especially in the wake of unprecedented economic turmoil during the pandemic.

“The pandemic and recent recession made the problem worse,” said Mark Gertler, an economist at New York University. Those employed in white-collar jobs, like in the already high-paying tech sector, made out fairly well, while low-income workers, especially in service industries, took the worst hits. Though department and food stores remained open for the most part, other retail, food services, hospitality, entertainment, and leisure industries took the biggest blow, affecting a much larger fraction of the already suffering middle class, many of whom are also struggling with higher health insurance costs.

In a recent report, the Massachusetts Institute of Technology economists David Autor and Elisabeth Reynolds conclude that the COVID-19 crisis “will exacerbate economic pain in the short and medium terms for the least economically secure workers in our economy, particularly those in the rapidly growing but never-highly-paid services sector.”

Thus, rather than promising a major boom following the COVID-19 recession, “the economy may be too sideways to fully recover,” Gertler said. “We’re still 10 million down in jobs and without an immediate new stimulus.”

Shortly before the new year, Trump signed a new, $900 billion COVID-19 relief package after months of stalemate—and it came just as benefits from the previous $2 trillion plan expired at the end of the year. An extension of unemployment insurance and a moratorium on evictions and debt repayment will salve some immediate pain and put off some of the worst effects of inequality—but they won’t fix the underlying problems, especially as the pandemic-driven recession, unlike most previous downturns, left the rich unaffected.

“I am worried about the longer-term downside risk. The millions of people who have lost a whole lot of labor income—I’m not sure that they are coming into the post-pandemic world with a ton of financial resources. And I am worried their spending is not going to surge,” said Wendy Edelberg, a former chief economist at the Congressional Budget Office. “I’m worried we’ve lost hundreds of thousands of small businesses. In a typical recession, even those who keep their jobs see hits to their wealth, to long-term earnings. This recession has been unusual in that wealth has not taken a hit.”

The likeliest outcome: even greater societal polarization of the kind that led to the rise of Trump and other nationalist demagogues.

In Europe, the picture is much the same. Granted, the European Central Bank and the European Union rushed to put together a massive rescue package early on, passing a hefty new EU budget that eased the immediate economic threat and helped bridge the gap between Northern and Southern Europe. But the second wave of the pandemic, including a fresh round of lockdowns, closed businesses, and growing unemployment, spells similar problems as in the United States.

“The EU has had a rather good year compared to the U.S. Even so, the second spike of the pandemic has not been handled very well, with more unrest and resentment,” said Harold James, a political economist at Princeton University.

The Free Trade Area of the Americas has spent years on the back burner, but Biden could revive it when he takes office.

Where Is Biden’s Cabinet Heading?

The incoming U.S. president’s team doesn’t point in any clear direction, and progressives are worried.

And that’s not even counting the almost certain disruption from Brexit. As December came to a close, the U.K. and the EU secured an eleventh-hour trade deal governing their future relationship; the pact calls for no tariffs or quotas on goods, and British Prime Minister Boris Johnson declared it a big victory. But the long-delayed Brexit agreement, which was approved overwhelmingly by Parliament on Dec. 30, doesn’t appear to cover services such as finance, which account for the vast majority of Britain’s flagging economy and most of its trade with the EU.  Nor will British citizens enjoy their previous rights to live and work in the EU. And the EU still has lingering trade and economic policy fights with Washington that won’t be solved by a magic wand from Biden.

“It would be a far cry for either the EU or the U.K. to think they have a very special relationship with Biden,” said James, who specializes in trans-Atlantic relations. Europeans who saw U.S. policy upended in its entirety in Trump’s first term now know how short-lived the promises of even a committed internationalist can be—and they have 74 million reminders of the possibility of more whiplash in the near future. And no matter how much Biden wants to court, rather than clobber, Europe when it comes to trade disputes, Brussels simply has different priorities.

“The big cross-Atlantic tensions will be competition and tech policy. The EU has a much more aggressive campaign toward [breaking up and fining] the big tech giants than the U.S. is prepared to do,” despite the recent federal lawsuits mounted against Facebook and Google, James said.

“The big cross-Atlantic tensions will be competition and tech policy. The EU has a much more aggressive campaign toward [breaking up and fining] the big tech giants than the U.S. is prepared to do.”

And there’s another scary economic legacy of the pandemic that could pose a huge challenge for Biden going forward. Months of virtual work during the pandemic have started to alter labor patterns, which will ultimately have a disproportionate impact on the already struggling working classes.

“There are going to be some significant shifts in where the jobs are,” said Edelberg, now the director of the Hamilton Project at the Brookings Institution. “We’re not going to unlearn all the new ways of doing business after the pandemic. There will be a lot more remote work, a lot less business travel, and there will probably be much more automation in different sectors.”

Or as Oxford Economics wrote in another recent report: “The trauma of lockdowns may encourage firms to adopt more labor-saving technologies to limit any future disruption from social distancing.”

That includes, for example, more automatic checkout machines in stores and other retail businesses—expediting the need for millions of workers to shift into new sectors. That, in turn, will create the need for big federally funded retraining programs—just the thing that has been conspicuously missing in recent decades when both Democrats and Republicans underestimated the devastating effects of globalization and technological advances on the industrial working class.

The Biden transition team has made clear that ambitious job retraining programs, as well as a meaty infrastructure bill that could rebuild a crumbling nation and act as a fiscal stimulus, are big priorities. But the new president will have a harder time pushing through progressive tax legislation, such as his proposed new tax on the wealthy, expanded earned income tax credits, and new tax credits for health insurance, child care, elderly care, and homeownership.

With ultimate control of the Senate still uncertain, will Biden have the political heft on Capitol Hill to make all that happen? Or will political gridlock spell another lost decade of growing inequality, political polarization, and, ultimately, a renewal of Trumpism?

The Free Trade Area of the Americas has spent years on the back burner, but Biden could revive it when he takes office.

Where Is Biden’s Cabinet Heading?

The incoming U.S. president’s team doesn’t point in any clear direction, and progressives are worried.