Security expert Erroll Southers speaks with Foreign Policy on the roots of the Capitol assault.

The attack on the U.S. Capitol on Jan. 6 has shocked Americans—not just at the sight of an insurrection encouraged by a sitting president, but at the security failures that allowed domestic terrorists to reach the heart of government. To understand what went wrong, Foreign Policy’s deputy editor James Palmer spoke to Erroll Southers, a professor and leading security expert who is director of the Safe Communities Institute and Homegrown Violent Extremism Studies at the University of Southern California’s Sol Price School of Public Policy, as well as being a former FBI agent.

This interview has been lightly edited for length and clarity.

Erroll Southers: Where do I begin? Obviously, they did not heed the open-source information by individuals and groups about their planned intentions for Jan. 6, accompanied by the statements from the executive office and the constant drumbeat since Nov. 3 to suggest that the election was unfair or rigged—and this could be corrected despite 60 lawsuits, 59 of which failed, a rejection from the Supreme Court, and all of the Electoral College votes being in place. The first thing that went wrong is that the agencies involved, despite all of that information, especially the [information about] violence, thought they were going to have a peaceful assembly, and that it would end peacefully. It went totally off the rails when some of the speeches were made in the speeches that morning. 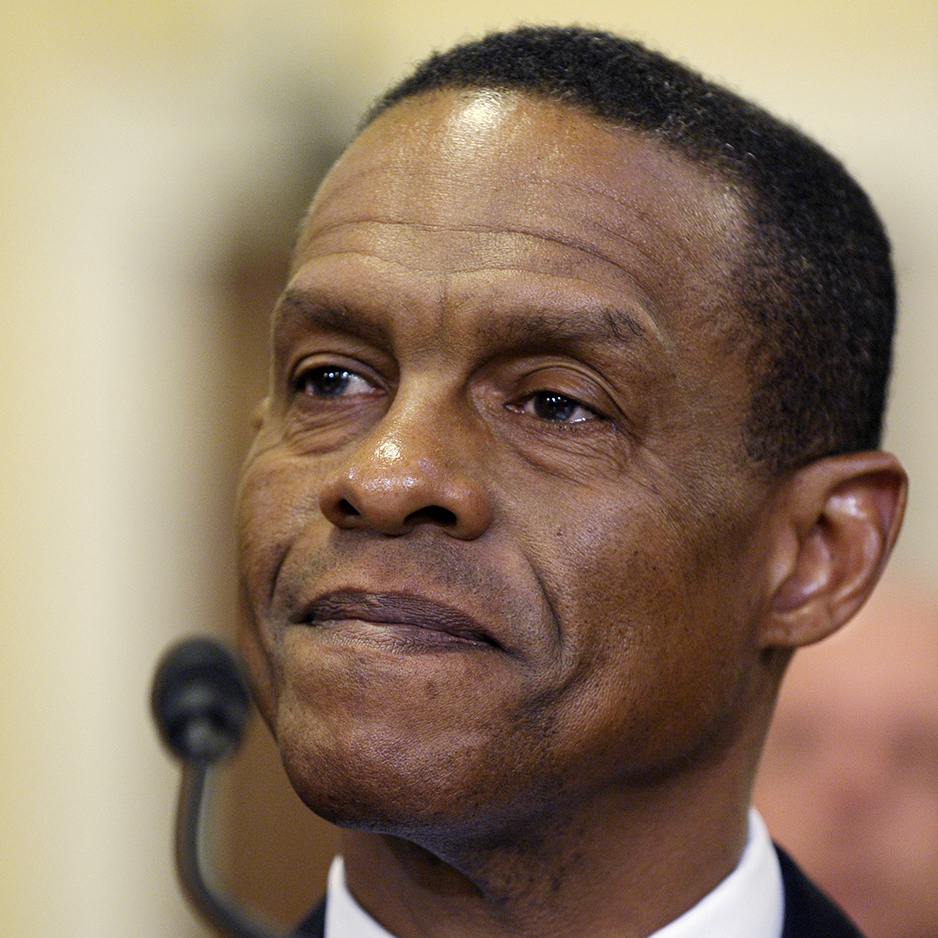 Erroll Southers testifies during a House Homeland Security Committee hearing in Washington on May 9, 2013. Susan Walsh/AP

I honestly believe a 9/11 Commission should be undertaken to review this incident. There was a full independent review of the Charlottesville incident—an excellent review by an independent group—and this was like Charlottesville on steroids. The review has to cover the multiple intelligence failures. Months ahead of this, [the Department of Homeland Security]’s threat assessment unit was gutted by the executive branch. The agencies didn’t work together anticipating this kind of activity. Requests to send in the National Guard were ignored—and so it went from bad to worse to terrible. The Charlottesville review, although the department didn’t like it, was very fair.

Leading up to this, we knew there would be violence that day. In fact, I predicted violence at every state capitol, and there was violence at many of them. This was not a secret. You didn’t have to have a security clearance to know what was going to happen.

I have a number of courses I teach to largely public safety officials, police, fire, and emergency managers. I’ve told them all along, the anti-government groups, left or right, are not friends of yours. If you wear a uniform, you are the most visible form of what they disagree with, every day. And unfortunately now we have two police officers dead. There are also going to be some really interesting reveals about the complicity of some of the officers that day, aiding and abetting the bedlam.

FP: Do you think there were cases where officers were trying to deescalate because they were surrounded, as opposed to complicity?

ES: Let’s start with the rioters. There were statements by some of the rioters of “Don’t do this, don’t do this” when they started breaking windows and doors. So initially, you had different camps—but then of course mob mentality prevailed. You had officers that, in my estimate, not only deescalated but did so to the point of putting themselves in harm’s way. I think the use of force was certainly justified, and I’ve sat on use of force review boards, and would have had no problems with the use of force, up to deadly force being justified that day.

There were extraordinary examples of officers trying to do the right thing, to the point of putting themselves at incredible personal risk. The African American officer who diverted them up the stairs, talk about heroic! However, we also have reports of officers taking barricades away, of off-duty officers and military using their ID to gain access. This was a real mess, and once the smoke clears and the investigation starts, I think nothing short of a full independent review has to happen. I’m really disappointed and concerned that one of the most protected facilities in the world was overrun so quickly by a mob that was largely disorganized.

FP: Was there an element of the presumption of white innocence here? Would a Black crowd have been treated very differently?

ES: You used a term that I’m going to repeat from now on. “White innocence,” that encapsulates it perfectly. If you look at what happened, you can see the engagement with the Capitol Police, both verbal and physical, that I wouldn’t think about doing as an African American, even as an African American retired law enforcement official. That I’m going to challenge you physically, challenge you verbally, never thinking that you might use force on me.

There’s a presumption of white innocence on the part of the rioter and a presumption of support on the part of the officer. To think that off duty we might be really good friends, that I’m not going to hurt you because you’re not going to hurt me. That broke down once the officers realized they’re going in that building, whether you say no or not. Once again, I say to [law enforcement officers] out there, violent extremist anti-government organizations are not your friends, no matter how many Blue Lives Matter flags they wave. I saw an officer being beaten with the Blue Lives Matter flag, which really illustrates the point.

You know, we had ideologically diverse groups at Charlottesville that didn’t normally play well together in the sandbox. And like this time, those groups coalesced. Since March and responses to COVID-19, these people have recruited heavily in a perfect environment for them to say this is government overreach to make me stay at home, to make me wear a mask, to cost me my business. And that was a perfect environment for them to say this has gone too far, this government has become tyrannical.

FP: Will this inspire more extremism, or will the reaction force people who might have been involved out?

ES: I keep referring to Charlottesville, because I’m seeing the same kind of things play out. After Charlottesville happened, there was the outing of several violent extremists who lost their jobs, who got prosecuted, and an active-duty marine was court-martialed. You’re going to see the same kind of thing as this insurrection is investigated. People will understand, white innocence does not place them above the law.

Most important, they risk prosecution—and unlike Charlottesville, they risk prosecution for federal statutes, which are very different than state crimes. There’s no plea bargain, there’s no time off for good behavior. If you get sentenced 10 years, you serve 10 years. The president signed an executive order in June on protecting federal properties, and I have an op-ed in the works saying let’s use that, let’s prosecute them under his own order, in addition to U.S. Code 2384, seditious conspiracy.

So I think people are going to think twice about Jan. 17 [when far-right groups have several events planned] and the other days in between. I watched videos of people who are now on the no-fly list. Although they are extremely committed, the consequence component is starting to flicker in the minds of people who were thinking of doing something else in the coming days. I’m sure on Wednesday, they gave little or no thought to I could lose my job, I could get prosecuted, or I could get killed.

Going back to the Michigan protests—D.C. is not an open-carry state, and I cannot believe you could walk into the statehouse of Michigan and Virginia with an assault rifle. They really need to do something about that. As a former FBI SWAT team member, I own my share of weapons, but I don’t need to carry a weapon to the statehouse, nor could I in California.

They should have handled this event like other NSSEs or national special security events. The biggest NSSE that the DHS covers every year is probably the Super Bowl. Usually NSSEs are assigned to large-attendance and/or VIP events such as the Olympics, the Super Bowl, NASCAR, etc., they get full-blown intel and operational resources leading up the event. Weeks ahead of time they collect and analyze all of the actionable intel that would suggest a planned attack may be in the works. I can’t understand why they didn’t handle this Electoral College certification, given what we knew, the same way.

FP: How big a risk do you think there is at the inauguration?

ES: The inauguration is one step above the Super Bowl. It’s the one event that’s handled beyond compare. They start weeks or months ahead of time, for intel, for physical security, agency cooperation, and mutual aid. COVID is going to give us some cover here regarding who is going to be physically present and how large it’s going to be.

But with all due respect to my colleagues in national security and homeland security—the last four years [under Donald Trump], it hasn’t tied people’s hands behind their back, but it has put one hand in their pocket when it comes to agency capabilities. We have organizations that have been gutted under this administration. We have leadership in acting positions. We have international organizations where career professionals departed in droves. We’ve lost incredible institutional knowledge and memory with the departure of those people. We’ve certainly lost some operational capability. It makes it all the more challenging for the people remaining. They certainly will try, but they’re not operating at 100 percent.

I teach at the University of Paris, and until the Trump administration, my work in France was supported by the United States State Department. In their case the threat is both Islamist and right-wing, in our case it’s transitioned from Islamist to almost exclusively right-wing, so we had a lot of notes to share on the challenge. But the collaboration diminished with the priorities of this administration and their subsequent destruction of relationships we’ve had for decades.

FP: You talked about complicity. How big a problem is white supremacist infiltration of the police and military?

ES: In 2006 the FBI put out a heavily redacted report on this very issue. And earlier this year, it reared its head, somewhat less redacted. But my understanding is that it had got much worse over the last 15 years. An investigation needs to happen. I’m not alone when I say this needs to happen. I live in Los Angeles, and the Sheriff’s Department has had this internal issue for years, with tattooed officers who are part of various organizations.

The banner behind me is dedicated to Rep. John Lewis, but [also] LEWIS, which also stands for Law Enforcement Work Inquiry System, and will be a national, unified database my university center is creating, intended to document police officers fired for misconduct. We have support of law enforcement, community activists, state and federal legislators on both sides of the aisle. We conducted a national survey two months ago, 80 percent of Americans, 74 percent Republican, 76 percent independent, 90 percent Democrats support the LEWIS Registry. Those officers who get fired because of what happened on Wednesday should not be able to gain employment somewhere else.

But every square inch of the Capitol has closed-circuit television coverage. We’re going to find out who used their government ID to gain access. This is going to take some time, and we should take our time. There’s no need to be anything short of deliberate.

The Trojan horse of racism put democracy’s enemies inside its walls.

What Can Insurance Tell Us About the Capitol Mob?