The best way for Biden and Harris to build better partnerships abroad is to get America’s own house in order—and that begins with human rights. 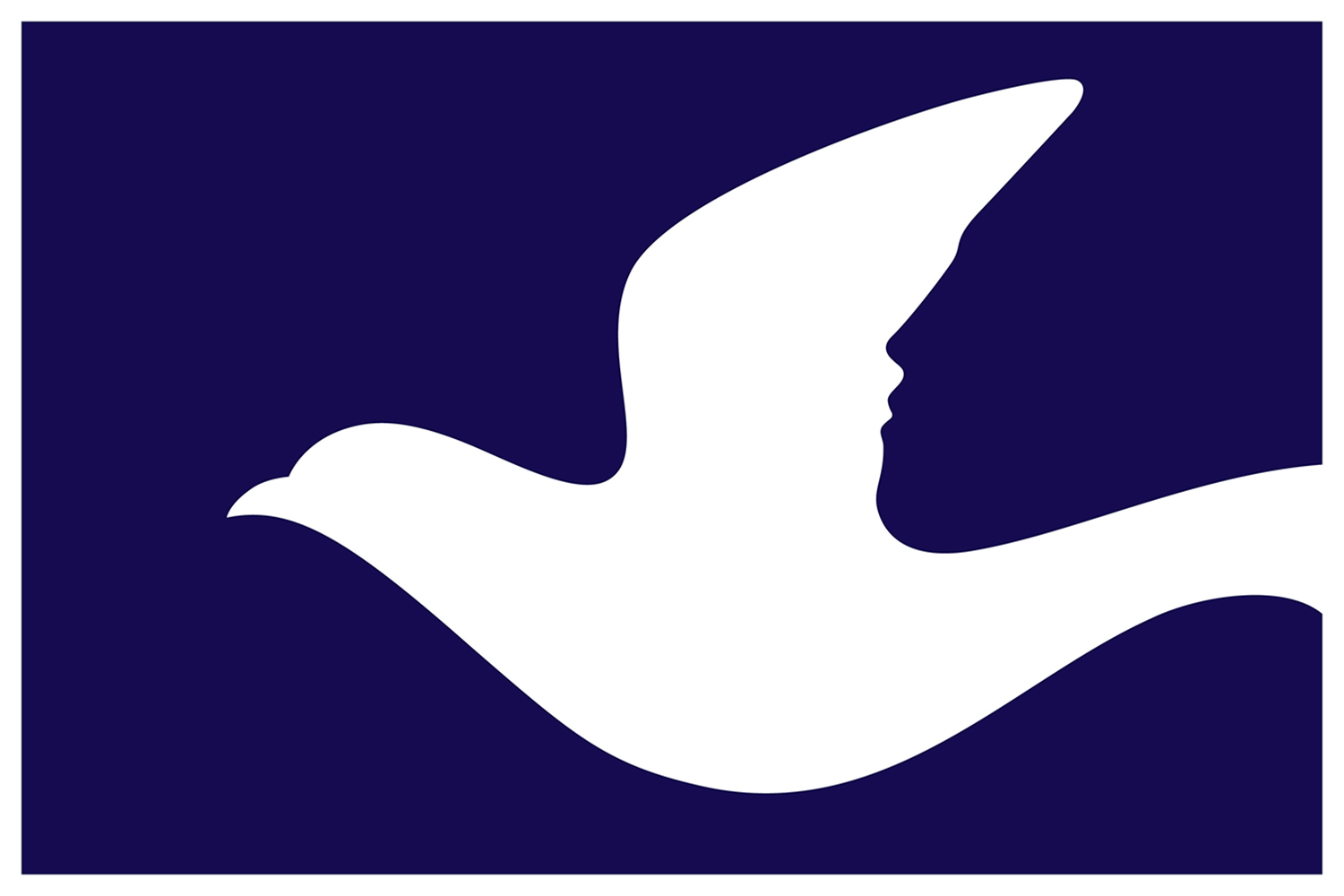 When they take office in January, President-elect Joe Biden and Vice President-elect Kamala Harris have promised to revive U.S. leadership in the world. Right off the bat, they say, they will reenter the United States into many of the multilateral agreements that it left under President Donald Trump, such as the Paris climate accord and the Iran nuclear deal. They also plan to reengage international institutions Trump snubbed, including NATO and the World Health Organization.

A return to international cooperation will be a welcome change; foreign-policy experts overwhelmingly agree that the United States is worse off than it was four years ago. The country is less respected globally, trade protectionism has hurt its economy, and abandoning allies has made everyone less safe. But simply re-creating the pre-Trump status quo won’t be enough. Rather, if they want the United States to truly flourish, Biden and Harris should look to the practices of transitional justice to help the country reckon with human rights issues at home that affect the nation abroad.

That’s a problem. Many foreign-policy issues, such as human rights, are also domestic policy issues. In order to be an effective global champion of rights—for example, those of religious and ethnic minorities in China, women and girls in Pakistan, and political opposition parties in Zimbabwe—the Biden administration will need to address the United States’ own checkered past and, perhaps especially, its present.

From Trump’s infamous ban on immigration from several Muslim-majority nations to his separation of young children from their parents at the southern border to anti-Black violence, the United States is beset by racial and religious discrimination and abuse. Islamophobia, xenophobia, and racism are of course not new to the United States, but they intensified under Trump’s one-term presidency.

As they did, scrutiny and criticism, including from abroad, increased. For example, after the high-profile police killings of George Floyd and Breonna Taylor in the spring of 2020, protests for racial justice rocked the United States and cities around the world. World leaders condemned the country’s systemic discrimination and abuse. The United Nations Human Rights Council, from which the United States withdrew in 2018, even set up an inquiry into systemic racism following an appeal by Floyd’s brother.

As the United States has lost face, it has alienated important global economic and security partners, nudging some toward U.S. adversaries such as Russia. The United States has also effectively ceded influence to, rather than restrained, authoritarian nations such as China. Autocrats have taken a page out of Trump’s playbook, typecasting immigrants as invaders, turning a blind eye to violence against religious minorities, emboldening vigilantes, and further marginalizing indigenous communities. Their reward? Praise from Trump himself.

It will not be enough for the Biden team to simply reverse its predecessor’s harmful statements and policies. Rather, the administration must also remedy past harm. Fortunately for a Biden team coming into office with a lengthy to-do list, it doesn’t need to invent a new process to redress past wrongs. There already exists a framework for doing so: “transitional justice.”

Transitional justice encompasses judicial and nonjudicial accountability measures—for example, truth commissions, reparations, memorials, and institutional reforms—which have been used in countries such as Argentina, South Africa, and Timor-Leste to remedy past (and safeguard against future) human rights abuses.

To see how transitional justice could work in the United States—and the positive effects it could have on U.S. foreign policy—consider immigration. Two sets of policies and practices have been especially harmful to the country’s foreign relations: the so-called Muslim ban and the separation of immigrant families at the border with Mexico.

First, there’s the Muslim ban. In January 2017, Trump signed an executive order barring travel into the United States for nationals of seven Muslim-majority states: Iran, Iraq, Libya, Somalia, Sudan, Syria, and Yemen. On paper, the ban discriminated against people from those countries because of purported concerns about terrorism. However, analysts resoundingly agree that the policy was actually “motivated by animus toward Muslims,” as two of them wrote for the Brennan Center for Justice. Academics, activists, and attorneys also maintain that the ban violated the U.S. Constitution, which forbids the government from favoring one religion over any other, guarantees due process for asylum claims, and grants equal protection to those under U.S. jurisdiction.

A truth commission could be established to investigate the origins, operations, and consequences of discriminatory immigration policies and practices.

Beyond its illegality, the ban has harmed nationals from Muslim-majority nations in several ways. “Families continue to be separated, people have been deprived of life-saving health care, and access to education and professional opportunities has been blocked,” the National Immigration Law Center reported in 2019. Meanwhile, the foreign policy and national security consequences of the Muslim ban (which has grown to include other, mostly African countries) are far-reaching. Among other negative effects, the restrictions have alienated target countries—none of which have even been associated with terrorism-related deaths on U.S. soil since 1975—and undermined cooperation in intelligence gathering and counterterrorism with them. For example, Chad, which was added and then later removed from the ban, retaliated against the United States by withdrawing its troops from the front lines of the fight against the terrorist group Boko Haram in Niger.

Transitional justice has some clear remedies. A truth commission, for instance, could be established to investigate the origins, operations, and consequences of discriminatory immigration policies and practices. It could provide a venue for the policies’ victims to share the ways in which they were harmed. Based on its investigation, the commission could recommend reparative measures, such as compensation, and legal reforms, potentially including the No Ban Act, sponsored by Democratic Rep. Judy Chu. The act, which was passed by the House of Representatives in July 2020 and is now languishing in the Republican-controlled Senate, would repeal the existing laws and prevent similarly biased policies in the future. A truth commission, reparations, and institutional reforms could begin to help normalize relations with the citizens and governments of targeted countries, potentially leading to renewed cooperation in intelligence gathering and counterterrorism.

A second Trump policy that could be addressed through transitional justice is the separation of immigrant families at the border between the United States and Mexico. Dubbed a “zero-tolerance” policy for “criminal illegal aliens,” the practice, rolled out in 2017 and 2018, stipulated that minor children crossing the border be transferred to the Department of Health and Human Services and placed in dozens of squalid makeshift shelters across the country, sometimes hundreds of miles away from their parents or guardians.

Development is not an issue of the past. More than 1 billion people live in absolute poverty, literally on the brink of starvation. The gap between rich and poor is widening, within as well as among countries.

Ironically, inequality is growing at a time when the triumph of democracy and open markets was supposed to usher in a new age of freedom and opportunity. In fact, both developments seem to be having the opposite effect.

The root cause of poverty is social injustice and the bad government that abets it. In such circumstances, poverty is an assault against human dignity, and in that assault lies the natural seed of human anger.

The story of hunger, and of poverty more broadly, is far more complex than any one statistic or grand theory; it is a world where those without enough to eat may save up to buy a TV instead and where making rice cheaper can sometimes even lead people to buy less rice.

Subscribers get full access to Foreign Policy’s 50-year print archive. Excerpts have been lightly edited for space and clarity.

Amnesty International estimates that 8,000 families were separated in 2017 and 2018. The policy violated several U.S. and international laws, including laws protecting refugees and asylum-seekers and laws prohibiting arbitrary and indefinite detention. Combined with “substandard health care” and “reportedly inadequate physical conditions, food and water,” Amnesty International concluded in a 2018 report that family separation was tantamount to torture. As of last fall, hundreds of family units were still divided, and the whereabouts of the parents of nearly 600 children were unknown.

The national security consequences of family separation are profound. Although Trump administration officials argued that the policy would deter illegal immigration and make the United States safer, social science research suggests the opposite. The political scientist Anna Oltman, for example, has found that such policies are both expensive and ultimately ineffective. The academics Christian Ambrosius and David Leblang, meanwhile, also report that deportations are associated with increased crime in migrants’ home countries and, consequently, more illegal migration.

The national security consequences of family separation are profound.

To be sure, harmful U.S. immigration policies did not begin with Trump, but they can end with him. Under Biden, transitional justice can and should include identifying and awarding reparations to families for the harms that they experienced during their separation and detention. No amount of money could ever compensate for their ill treatment, but reparations could help cover expenses such as mental health counseling to address separation-related trauma. Democratic Rep. Joaquin Castro has also recommended giving affected families legal status in the United States and a pathway to citizenship, as well as increasing the cap on refugees.

To be sure, transitional justice shouldn’t stop at immigration. It should extend to other areas of discrimination and violence against people of color in the United States. In response to last summer’s Black Lives Matter protests, lawmakers at the city and state levels have proposed truth commissions, reparations, removing racist monuments, and establishing new sites of memory. The Biden administration should take up those measures on a national level.

The ever growing Biden-Harris team is well poised to address many of the United States’ human rights concerns—at home and abroad. But human rights accountability won’t be easy, especially under a likely divided government. If efforts to promote accountability are seen as a referendum on the Trump administration, they will get bogged down in toxic partisanship. That’s why elected officials should strive to examine recent violations in context, exploring, for example, how the travel bans and separation of immigrant families are part of a decades-long history of xenophobic policies and practices by Republican and Democratic administrations.

However daunting the task, there is still hope. If confirmed, Biden’s team will be the most diverse (and among the most experienced) in history. That bodes well; Biden’s administration will be better positioned to address human rights and other issues at the intersection of domestic and foreign policy than many that came before.

Before Biden can lead in the world, he’ll have to lead at home.

How the United States Learned to Love Human Rights

The United States’ human rights story started less than 50 years ago with the extraordinary efforts of one president—and could end this November with the re-election of another.

Kelebogile Zvobgo is the founder and director of the International Justice Lab at William & Mary. Twitter: @kelly_zvobgo

NEW FOR SUBSCRIBERS: Want to read more on this topic or region? Click + to receive email alerts when new stories are published on Human Rights, United States