The U.S. president pledges to undo the damage done by Trump to global women’s health. Critics say he needs to go further.

In what has become a U.S. political tradition, on Thursday President Joe Biden reversed the policy that banned federal funds from reaching organizations abroad that perform or facilitate abortions, including sharing information about the procedure. The so-called global gag rule, first enacted by the Reagan administration in 1984, has been reversed by every Democratic president since—only to then be reinstated by each Republican that enters the Oval Office.

After taking office in 2017, Donald Trump took the policy a step further than his predecessors, applying the funding block beyond just aid directed toward family planning. By 2018, the expansion had halted an estimated $12 billion in planned U.S. funding for global health in 72 countries. Such policies have in the past led to an increase in maternal deaths and unsafe abortions, in addition to countless knock-on health effects.

Biden said he had reversed the policy to “protect women’s health at home and abroad,” as part of a set of health care decisions announced Thursday.

A first step. Some global health advocates have said that simply reversing the global gag rule isn’t enough. Many have called for Biden to support legislation that would prevent future presidents from reinstating the policy, as well as to call for the repeal of the 1973 Helms Amendment, which sets a precedent in preventing U.S. foreign assistance from going toward abortion “as a method of family planning.”

Writing in Foreign Policy earlier this month, Serra Sippel and Akila Radhakrishnan argued that if Biden expects to restore confidence in the United States as a leader in global health, he will have to go much further in actively promoting reproductive rights. “Rolling back Trump’s policies is just the bare minimum for gender equality worldwide,” they wrote.

Protests swell in Poland. Elsewhere, the tide is moving in a different direction. As Biden reaffirmed U.S. support for global women’s health, protesters in Poland gathered to fight a near-total abortion ban that took effect there on Wednesday. Last October, the announcement of the ban triggered Poland’s largest protests since the fall of communism. Its sudden implementation has set off a new wave of protests that could eventually hurt the ruling Law and Justice party at the polls; a large majority of Poles oppose the ban.

Brewing fight. Biden can change some policies through executive order, but taking other steps—such as ending a provision in spending bills that bars federal funds from going toward abortions within the United States—will meet obstacles in Congress. While an increasing number of Americans support legal abortion, many conservative politicians have more in common on the issue with anti-abortion groups abroad.

And Biden’s efforts to reaffirm U.S. leadership on women’s health could still be undercut by state legislatures. On Thursday, the day after Poland’s law took effect, South Carolina’s Republican-held Senate passed a bill that would ban most abortions in the state, after just three days of debate. It’s expected to pass in the House.

China’s tough talk. After weeks of China stepping up military activity around Taiwan, including multiple reported flyovers, on Thursday a defense ministry spokesperson was unusually overt, saying, “‘Taiwan independence’ means war.” China claims self-ruled Taiwan as is its own territory and fears a formal declaration of independence. Taiwanese President Tsai Ing-wen has repeatedly said that Taiwan already is independent.

Beijing’s increased aggression comes, of course, just as Biden has taken office in the United States—presenting an early test for his administration that could shape its relations with China. The Pentagon has reaffirmed its military support for Taiwan’s self-defense, while downplaying the potential for confrontation.

Germany moves forward on travel ban. Germany is still planning to introduce a strict ban on travelers from Brazil, Britain, Portugal, and South Africa over new coronavirus variants—even as the European Union pursues a more coordinated approach. “We cannot expect a European solution that meets our expectations any time soon,” the German interior minister said Thursday.

German scientists have also recently diverged with others over the Oxford/AstraZeneca COVID-19 vaccine, which they have not recommended for people over the age of 65 due to a lack of trial data for that age group. Experiencing a shortage of supplies, the EU is expected to authorize the use of the Oxford vaccine today.

U.K. launches Hong Kong visa offer. The British visa program creating a path to citizenship for certain Hong Kong residents, launched in response to China’s draconian national security laws, is set to begin on Sunday. The scheme will allow those with British National (Overseas) status—a status already specifically related to Hong Kong—to live and work in the U.K. for five years before applying for citizenship. The government estimates that the visa could bring more than 300,000 people to Britain over the next five years.

China, which threatens to apply the national security laws beyond its borders, has condemned the program as a violation of international law.

GameStop goes global. The effects of Reddit’s WallStreetBets forum have now rippled far beyond Wall Street, after a short squeeze increased GameStop’s stock by more than 400 percent. Before restrictions on trading of GameStop took effect on Thursday, India’s day traders increased their shares and an Australian company mistaken for GameStop due to a similar ticker symbol rose as much as 60 percent, Bloomberg reports.

The South African variant. A more contagious coronavirus variant first identified in South Africa—and this week detected in the United States—has fueled record cases and deaths across the continent, according to the World Health Organization. In recent weeks, infections in Africa have risen by 50 percent and the number of deaths from COVID-19 has doubled. 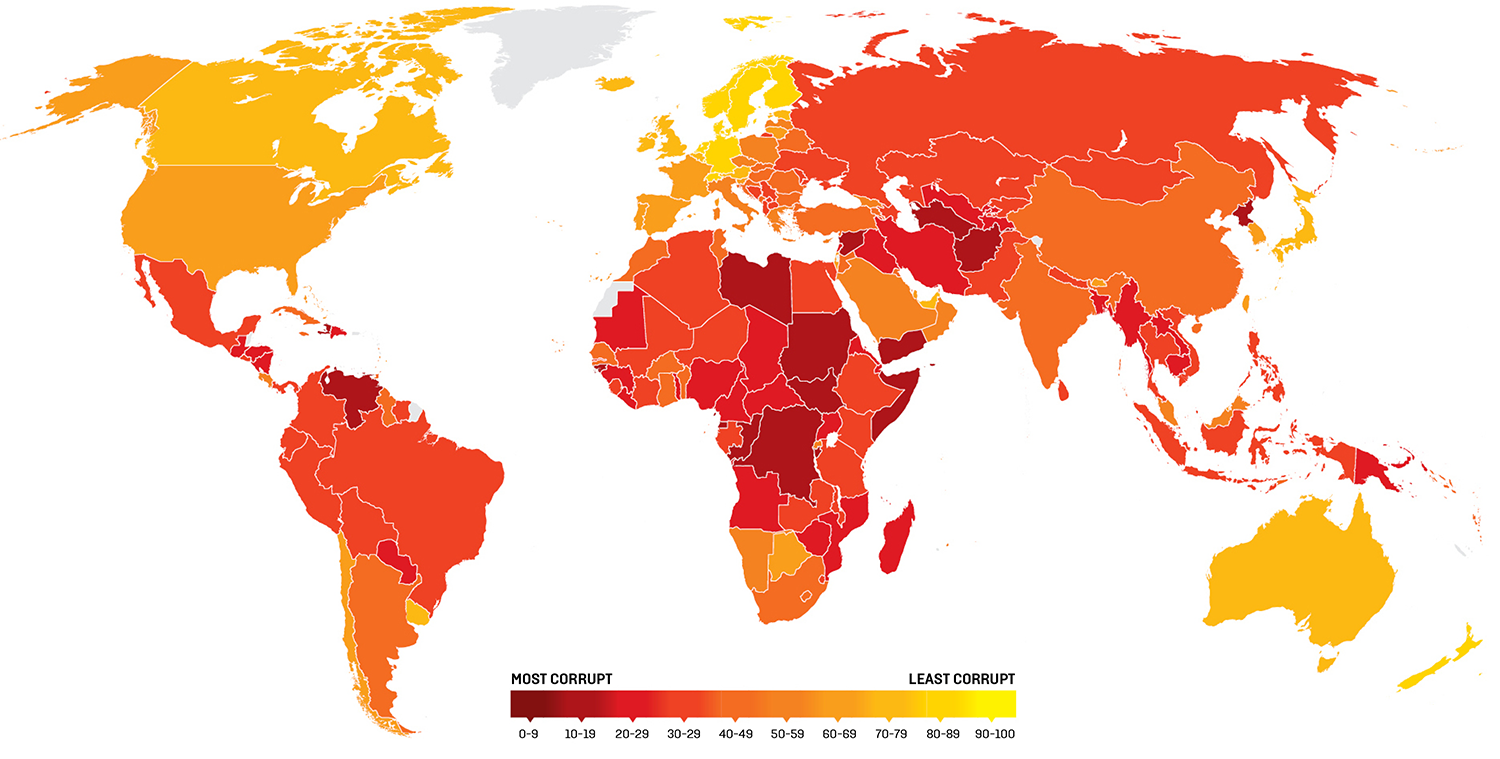 Corruption in the United States is apparently at its worst in almost a decade, according to a new report by Transparency International, which attributes the drop to declining trust in democracy and poor oversight of pandemic-related aid. The United States fell to a score of 67 (out of 100)—a new low.

The index reveals how corruption has hamstrung countries’ abilities to protect public health and their economies during the pandemic, FP’s Cailey Griffin and Amy Mackinnon report.

As U.K. conservationists plan to introduce European bison to the county of Kent, they are seeking Britain’s first-ever bison rangers. Wild bison—Europe’s largest land mammals—haven’t resided in Kent for more than 15,000 years. Moved from the Netherlands, Romania, and Poland, the animals will help manage the Kent woodlands.

Stan Smith, who works for the Kent Wildlife Trust, told Reuters that while the ideal applicant for the job should be accustomed to animal behavior, they were not expected to have experience with bison, “because you can’t until now.”

Cailey Griffin contributed to this report.

NEW FOR SUBSCRIBERS: Want to read more on this topic or region? Click + to receive email alerts when new stories are published on Health

Frans Timmermans on COP27 and Navigating the U.S-China Relationship

Vague remarks made by Iran’s attorney general have been met with confusion and skepticism.

An independent panel’s findings have thrown the embattled leader’s political future into jeopardy.

More than nine months of war have inflicted a devastating humanitarian toll.