A new report draws attention to rape and other abuses of Uighurs and other Muslim minorities in China’s large-scale internment camps.

The highlights this week: A new report includes accounts from witnesses of systemic rape in Xinjiang’s camps, Beijing and Washington spar over climate cooperation, and how Chinese hackers may have exploited last year’s SolarWinds cyberattack.

The highlights this week: A new report includes accounts from witnesses of systemic rape in Xinjiang’s camps, Beijing and Washington spar over climate cooperation, and how Chinese hackers may have exploited last year’s SolarWinds cyberattack.

In Xinjiang, Sexual Violence Is Systemic

This week, the BBC released a series of accounts from witnesses of systematic rape inside the carceral system in Xinjiang, where more than 1 million Uighurs and other Muslim ethnic minorities are imprisoned. Refugees have previously recounted sexual abuse in the camps, but the BBC report gathers several key witnesses, including some women who were raped.

These accounts track with the scale of the camps, recorded both through satellite data and on Chinese government websites—and with the government’s own sexualized rhetoric.

But it remains unclear whether officials use rape as a deliberate weapon of genocide or whether it reflects systemic abuse and contempt for minority rights. For example, one witness describes Han Chinese men paying for access to imprisoned women in Xinjiang. That could be a sanctioned policy—or it could be the kind of ground-level corruption and abuse that pervades authoritarian systems.

The Chinese government has a long history of sexualizing Uighur women in official texts. In a discourse familiar from Orientalism elsewhere, Uighur men are portrayed as primitive, while the women are portrayed as hidden beauties that Han Chinese men can save. The government actually prohibited intermarriage in Xinjiang until 1979, leading to a pervasive myth that marrying Uighur women was still forbidden.

Now authorities promote intermarriage, including coerced unions. The Big Brother program, in which over 1 million Han Chinese have been assigned to Uighur homes to monitor everyday life, is also reportedly an opportunity for sexual assault and abuse, especially in households where the Uighur men have been imprisoned. Forcible sterilization has also been widely deployed to reduce the Uighur birth rate.

The new revelations will likely stir further demands for action in the West. British politicians have already demanded further inquiry into China’s “genocidal” actions in Xinjiang—a step that could, under new laws, scupper any potential trade agreement between the countries.

Heated words on climate. U.S. politicians have long seen climate change as an area of potential cooperation with China—one critics feared could cause the Biden administration to soften its stance in the hope of agreements. An exchange last week spoiled both ideas. U.S. climate envoy John Kerry stated outright that the issue wouldn’t affect policy elsewhere, and the Chinese Ministry of Foreign Affairs responded that climate couldn’t be separated from the overall relationship.

But if China refuses to participate in climate talks unless the United States remains silent over Xinjiang, that could be self-defeating move in the long run—politically necessary as it may be for the officials involved. In fact, self-interest seems like the biggest motivator for climate action for both sides as the immediate costs of the climate crisis begin to play out.

Nuclear warnings. A prominent U.S. admiral has warned of growing cooperation between Russia and China, which he says threatens the international order and risks nuclear war. These warnings don’t offer anything new: Beijing and Moscow’s shared interest in destabilizing the U.S.-led global order has been obvious for a decade. But there is disagreement in the United States over how to handle the Russian side.

The most interesting point in an otherwise bland anonymous article published with great fanfare by the Atlantic Council last week was the case for peeling off Moscow. But Washington has somewhat covertly hoped for that for some time. Shared enmity toward the United States will keep China and Russia together for the foreseeable future, but the truth is that their lack of deep mutual trust or shared ambitions will keep the relationship from ever turning into a real alliance.

China’s coronavirus lockdowns, meanwhile, are straining the infrastructure of some northern cities such as Tonghua—in part because recent economic recession in the region has left graying cities with elderly populations who need more help.

Big data heist. Russia wasn’t the only one exploiting the bug in SolarWinds products, it turns out. Chinese hackers used the exploit last year to break into the U.S. National Finance Center (NFC), which handles payroll for over 600,000 federal employees, including the FBI and the State Department. In a bit of weird bureaucratic architecture, the NFC falls under the Department of Agriculture.

The loss of payroll data is concerning, especially given the extent to which the Chinese were able to use a previous Office of Personnel Management hack to identify U.S. covert agents. Financial information is also traditionally used by intelligence agencies to spot potential subjects for bribery or recruitment.

Huawei’s “original” OS isn’t. After U.S. sanctions last year, Huawei pledged that it was going to develop its own operating system, creating a rival to the Android platform it used. Chinese state media heralded the move as a step forward in domestic innovation. Alas, the product, HarmonyOS, is now here—and it’s a straightforward rip-off of Android itself, albeit one that Huawei seems to be doing its best to disguise.

That’s not surprising. Not only is OS development and cross-compatibility with existing apps extremely difficult, but Chinese firms also have a long history of plagiarism, especially when national fervor is involved.

African swine fever is back. Long-term readers will recall that before the coronavirus pandemic, the biggest disease concern in China was African swine fever, which devastated the pork industry in 2019. Chinese herds recovered in 2020, thanks to major purchases from overseas—but this winter has seen a strong resurgence of the disease, putting that recovery at serious risk.

The disease concerns both consumers and the government PR machine: Food inflation is a major issue, and the Lunar New Year will cause a spike in pork demand once again. 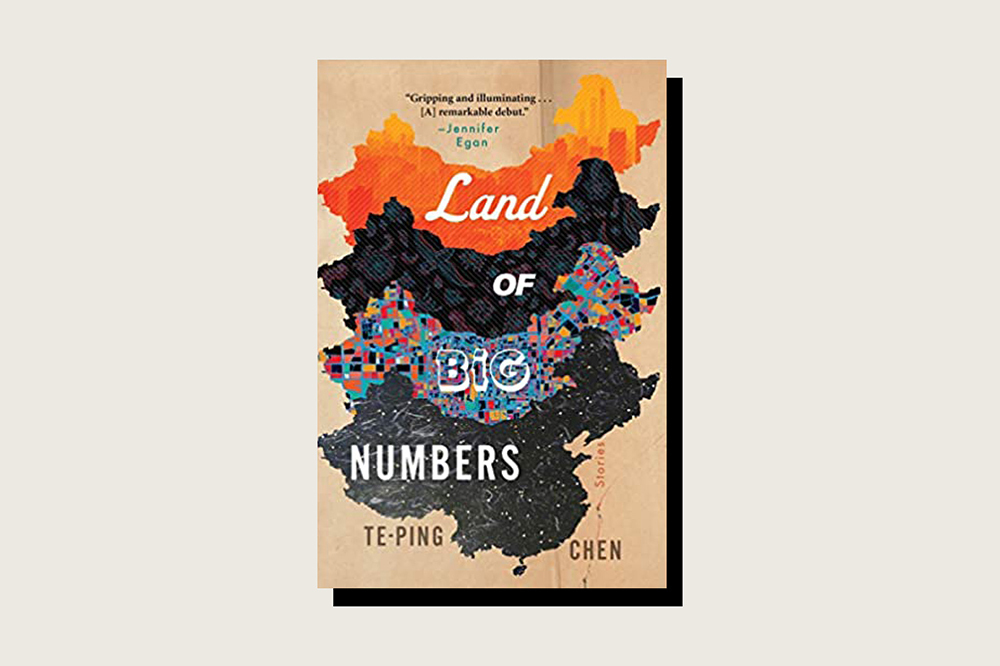 This sharp collection of short stories about modern China, by the Wall Street Journal’s former Beijing correspondent, is as fine a portrayal of the last decade as any work of nonfiction. The stories range from tragic to satirical, but they’re rooted in a close observation of life in China—and in the surreal ups and downs of everyday life, bureaucracy, and oppression.

“Lulu,” the opening story, hits hard in its depiction of siblings’ lives divided by the decision to go along with or stand against the system. My personal favorite is “Flying Machine,” about the endless ingenuity and survival skills of Chinese farmers.

What Jiang Zemin's Death Means for the CCP

U.N. Invites Ambassadors for Meeting With Taliban in Kandahar

French Ambassador Wants to Side With Washington Ahead of Macron Visit

How a GOP-Led House Can Strengthen Biden's Foreign Policy

With a steady hand—and some willingness to face criticism—he ushered China into the world economy.