How the Pandemic Made the ‘Last Acceptable Prejudice’ Worse

Ageism has colored the response to COVID-19 and is setting everyone up for a more difficult economic recovery.

If there is one thing that the COVID-19 pandemic has shown us, it is that our survival depends on society putting the good of all above individual needs. It has also shown us, however, that we often fail to reach that ideal, and it has underscored many existing disparities, including unequal access to health care, uneven job losses, and an alarming economic gap between generations.

According to Fast Company, in the next 30 years, the number of people aged 60 and older will rise to 2 billion, up from 900 million in 2015. But ageism may be on the rise in the COVID-19 economy. In 2013, 64 percent of all U.S. workers said they had seen or experienced workplace age discrimination. Even though the Age Discrimination in Employment Act of 1967 forbids discrimination against anyone aged 40 or older, it is not practiced in reality. As a case in point, according to AARP, “during the first six months of the pandemic, workers ages 55 and older were 17 percent more likely to lose their jobs than employees who were just a few years younger.”

Meanwhile, resentment about the lockdowns, which have been justified as a way largely to protect more susceptible older people, is growing. Signatories of the Great Barrington Declaration, which promoted the idea of focusing on herd immunity to combat the pandemic, and members of the Lockdown Sceptics movement have even effectively suggested that the world sacrifice the safety of the older generation for the sake of the economy.

It is true that the majority of those who have died from coronavirus are older. A report from the World Health Organization from the beginning of the pandemic showed that 95 percent in Europe were over 60. Approximately half of the total European coronavirus deaths occurred in care homes, where they were not prioritized in emergency response measures. Indeed, in many instances, older patients 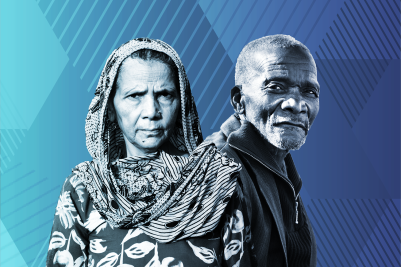 received less care; in Italy, Spain, and Sweden, younger people seem to have been prioritized by doctors, contributing to those countries’ high death rates.

Ageism, of course, existed before COVID-19. It has been called the “last acceptable prejudice,” and laws that protect workers from ageism are weaker than laws protecting against other forms of discrimination and bias. For example, the Age Discrimination in Employment Act is weaker than the Civil Rights Act in that employers found to be discriminating based on age are not liable to pay victims “pain and suffering” damages and can use a “reasonable factors” defense to avoid charges (for example, by claiming that they are selecting employees based on factors like physical fitness or productivity rather than age directly). These loopholes were widened by Supreme Court judgements in 1993 and 2009.

Yet age diversity, just like other forms of diversity, has been shown to reduce employee turnover and increase innovation and productivity in the workplace. Moreover, according to AARP’s 2019 “Longevity Economy” report, people 50 and older contribute $8.3 trillion to the U.S. economy each year, around 40 percent of U.S. GDP. According to the same report, “the potential economic contribution of people who are over 50 could increase by $3.9 trillion annually in a no-age bias economy, which would mean a contribution of $32.1 trillion to GDP by 2050.”

Protecting older peoples’ lives and livelihoods can start with the pandemic. The common view is that we are in large part locking down for the sake of the older generation, but plenty of younger people have been seriously ill as well, with the long-term effects of the disease on their health unknown.

The idea that the pandemic is mostly a problem for elderly people is dangerous. In November 2020, the Lancet conducted a meta-analysis of tweets regarding old people and COVID-19 in the first 10 days of the pandemic. Almost a quarter of tweets, it found, “downplayed the importance of COVID-19 because it was deadlier among older individuals, and 14% contained offensive content or jokes about the older generations.” As well as leading anyone who doesn’t consider themselves “old” to perhaps take the disease less seriously, tweets like these can normalize discrimination against older individuals. As social media firms develop stronger content policies to protect users, older people should not be forgotten.

Just as the United States is undergoing a process of unlearning when it comes to gender and racial biases, it needs to do the same with ageism. As well as stronger legal protections, there needs to be a culture shift in workplaces and across society in how age is perceived. It should be as unacceptable to express an ageist opinion as it is to express a sexist or racist view. Ageism is just as much a threat to our very humanity, and that’s something we can ill afford.

Ashish Kaushal is co-founder of Consciously Unbiased, an organization promoting diversity and inclusion in the workplace and CEO of HireTalent, a staffing firm focusing on diverse hiring.

Where Do Things Stand With the COVID-19 Vaccine Rollout?

The U.K.’s quick approval of the Pfizer vaccine means some Britons will get shots starting next week—but in the rest of the world, it’s going to take a while for regular people to get inoculated.